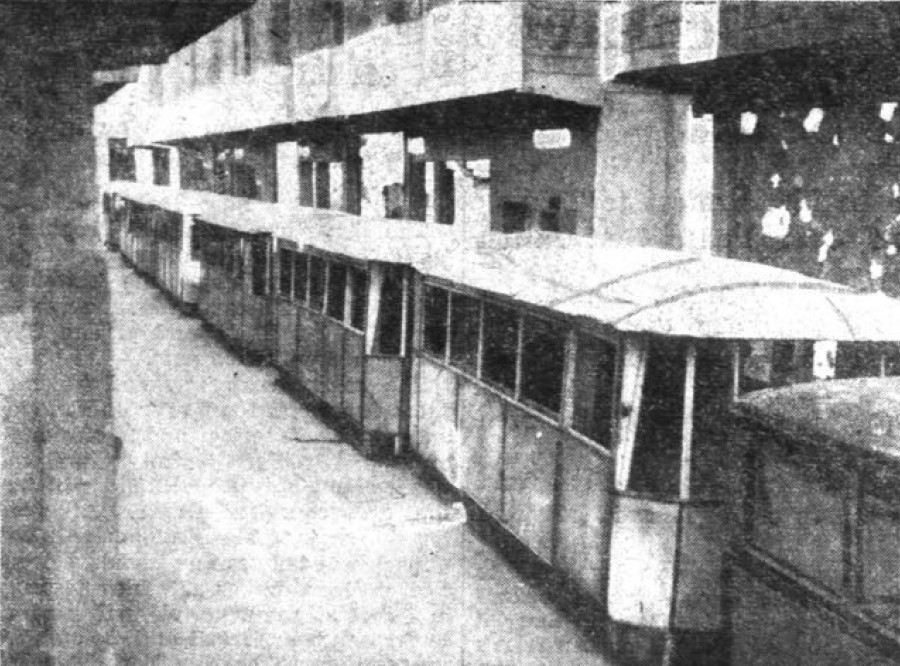 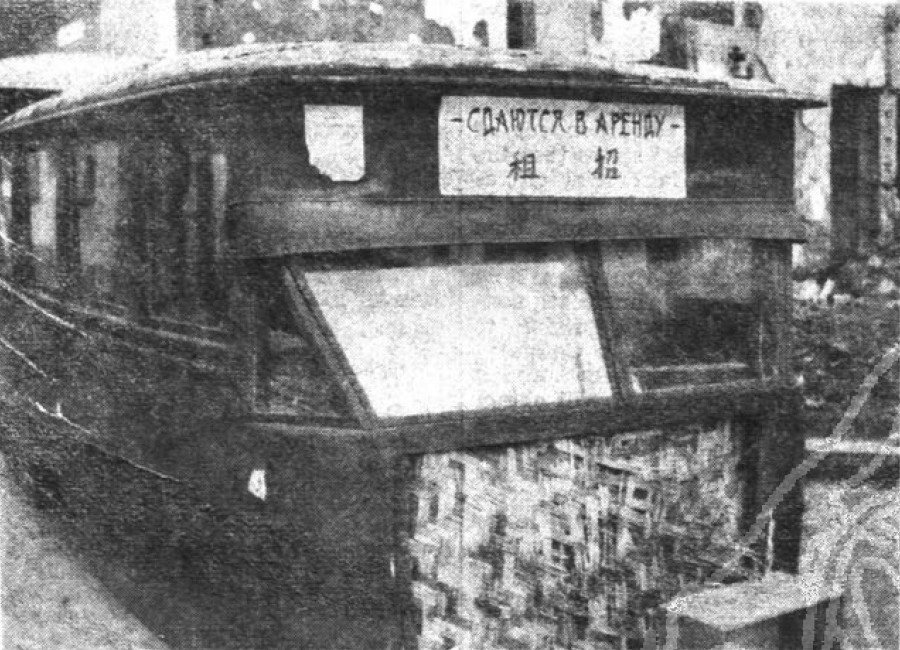 These "mobile homes" were found in Hongkew in January 1939. "Сдаются в аренду" and “招租.”

"A row of old bus bodies have been set up in an unoccupied lane off Ward Road, near Chusan Road, as prospective living quarters for new residents. Above may be seen two views of the strange "flats," which have been fitted out in part with bedding. The Russian who manages the "terrace" has put up a sign, in Russian and Chinese, announcing that a bus may be rented for $20 a month. There was no lighting or other facilities visible when the scene was visited late last week. Only the first "bungalow" showed signs of occupation, but with the present influx of refugees into the immediate neighborhood, it may be considered likely that tenants will soon be found. The brick houses on both sides of the bus were all badly damaged during the 1937 hostilities and are not fit for habitation."