Shanghai's English-language newspapers were closed during the darkest years of the Japanese occupation (lasting in total from Autumn 1937 to Autumn 1945), and there was practically no foreign press in the years 1942–1945. The Shanghai Evening Post, however, briefly reapeared in September 1943 to announce the end of the Great Asian War. This issue was devoted to medical topics and had articles like Population and Eugenics, by Dr. Hiroshi Yasui. Thankfully, the voices of the Japanese doctors were not heard from until the end of the occupation. 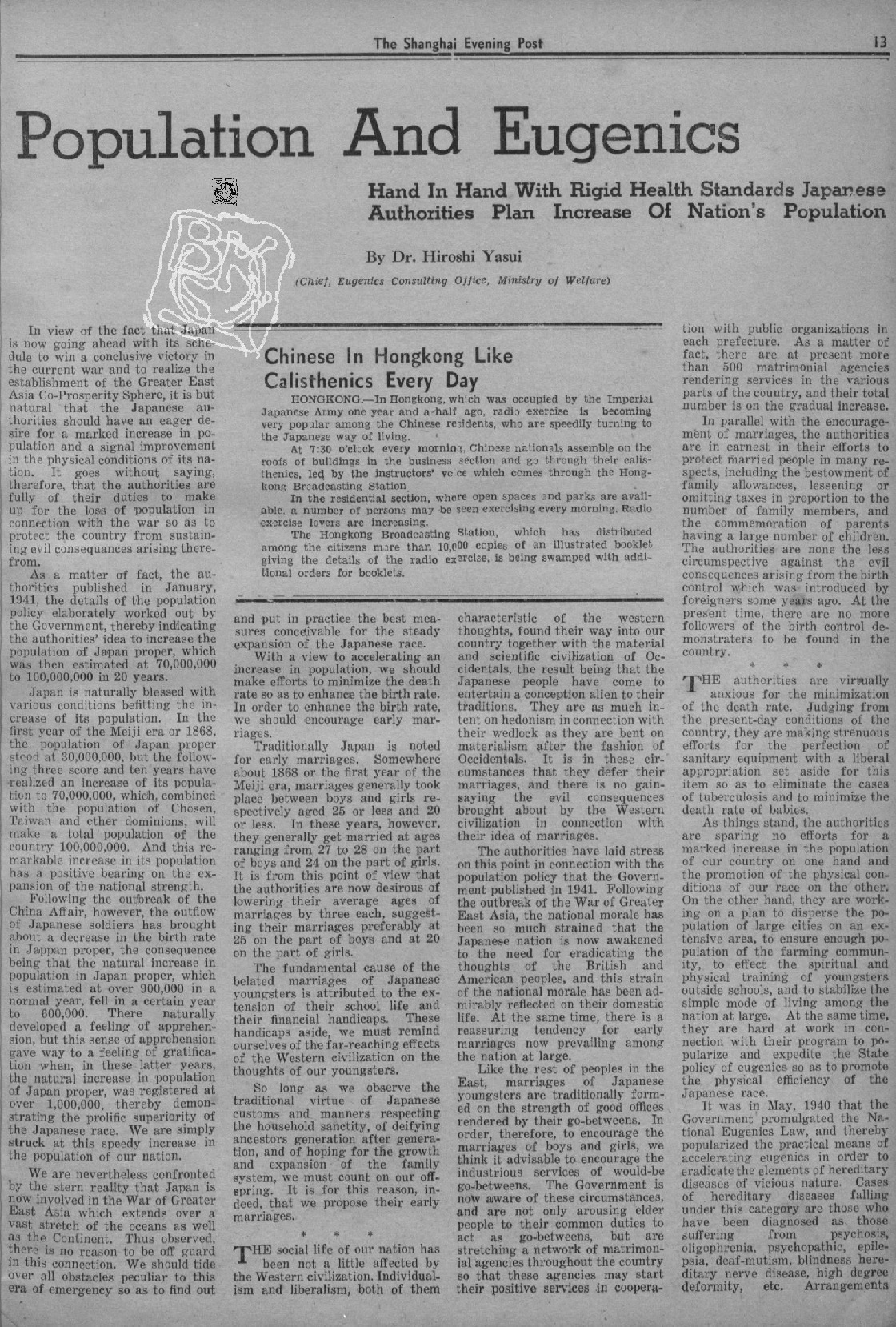 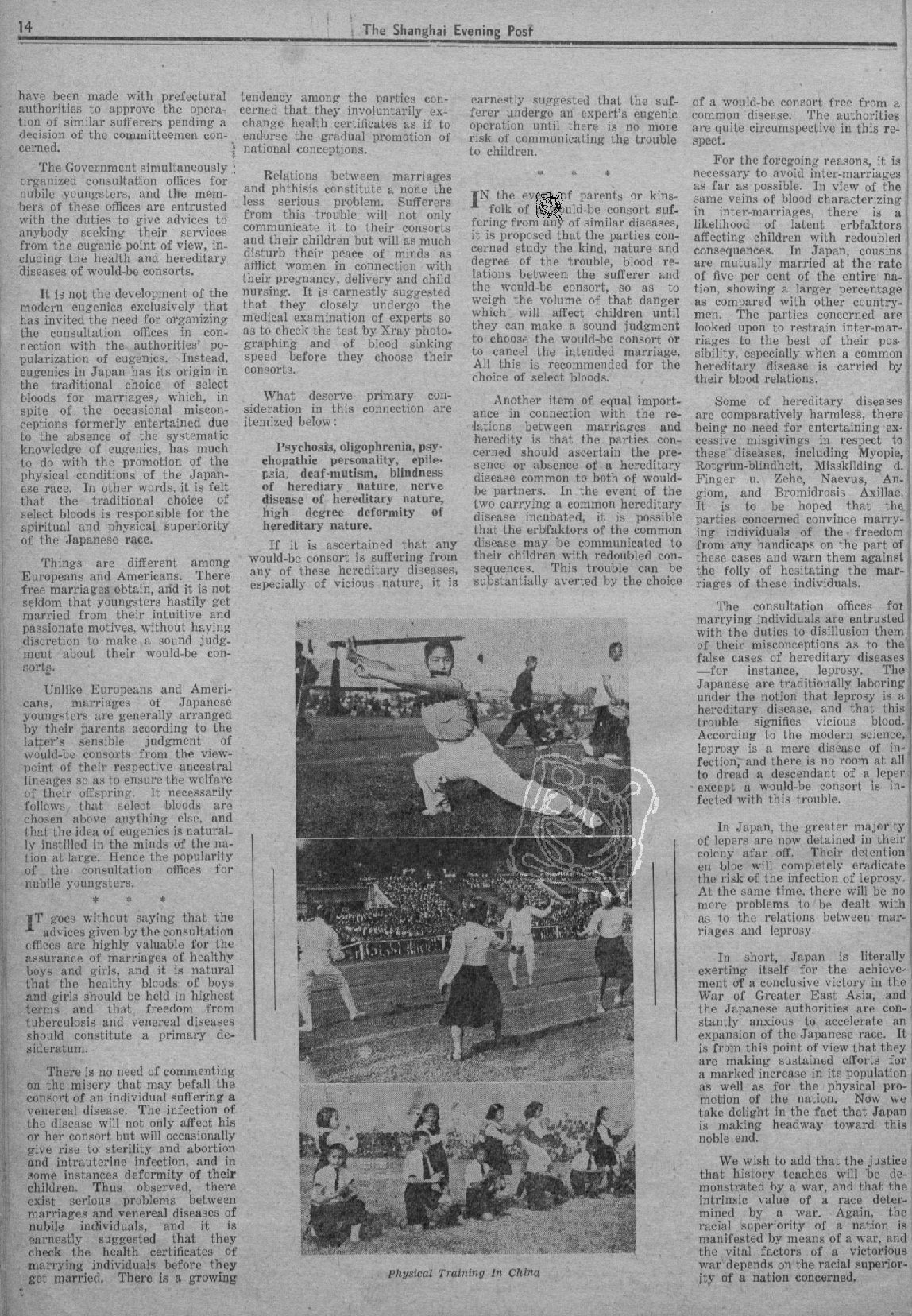 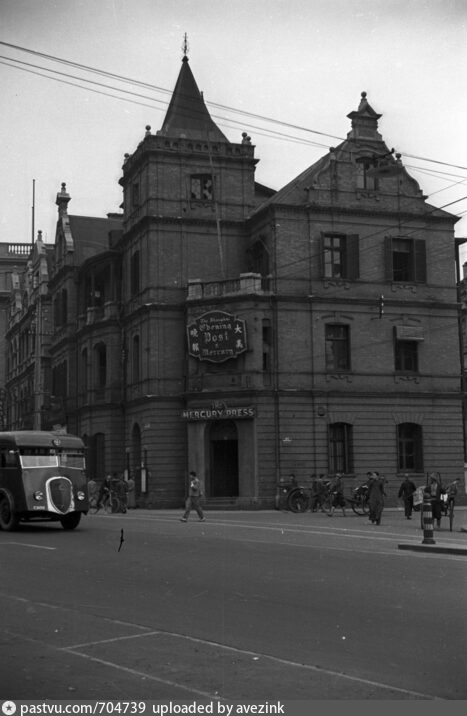