Summer flood of 1940. A sampan is gliding along Rue Cardinal Mercier as if it was a creek, carrying the French Ambassador Henri Cosme to the French Club: 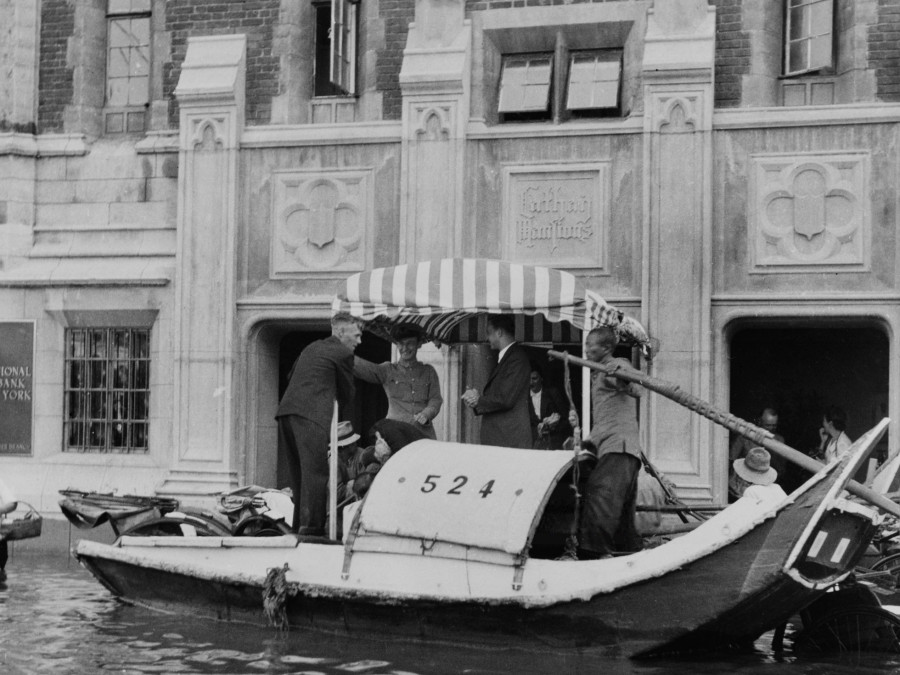 Modern-day view of the same spot. The plaque with the "Cathay Mansions" in gothic typeface was covered up in the early 1950s, but could it still be hiding under the cheap-looking marquee for the Chinoise Story 锦庐? 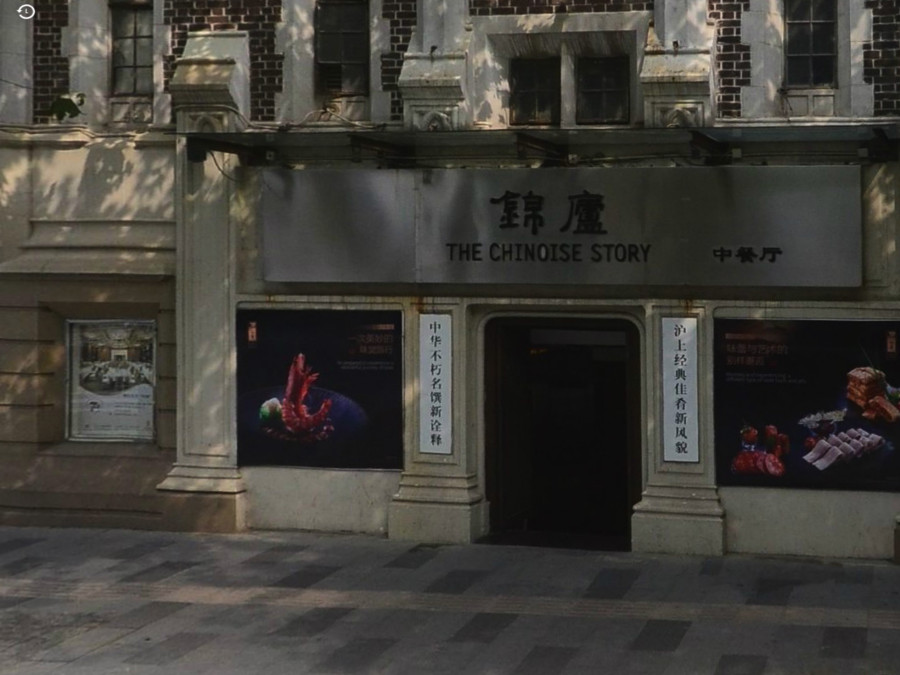 The historic image belongs in a series of three hilarious photographs discovered by 老壶嚼早.