Four 8-foot statues used to decorate the facade of the Denis Apartments, on the corner of Bubbling Well Road and Carter Road. They were created by the Russian artist Jacob Lehonos and represented Comfort, Progress and two other unnamed benefits of civilization. The sculptures were smashed to pieces by the Red Guards in 1966, and the only images that I could find are these two newspaper clippings: 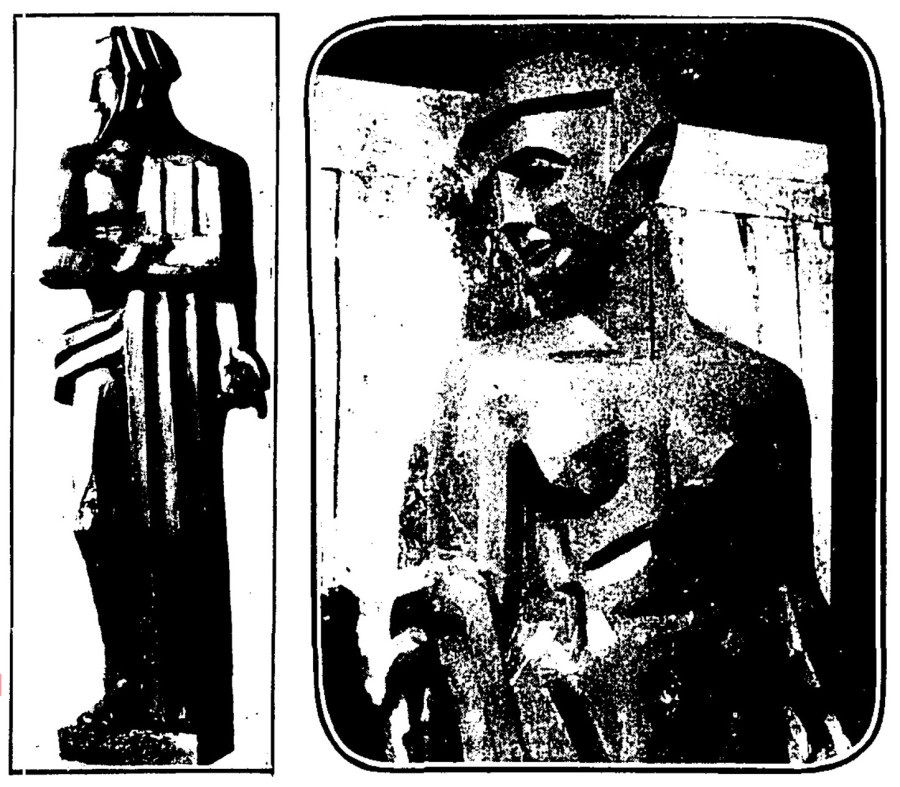 The sculpture on the left is Progress, "in modern style." The one on the right is described as "a symbolic statue," and the caption goes on to explain that "in this instance, the artist's skill consists in producing a symmetrical ensemble when the statue is viewed in perspective. A perfectly contoured figure frequently appears grotesque when seen from a distance." (Source: The China Press, April 1930.) Hmmmm... 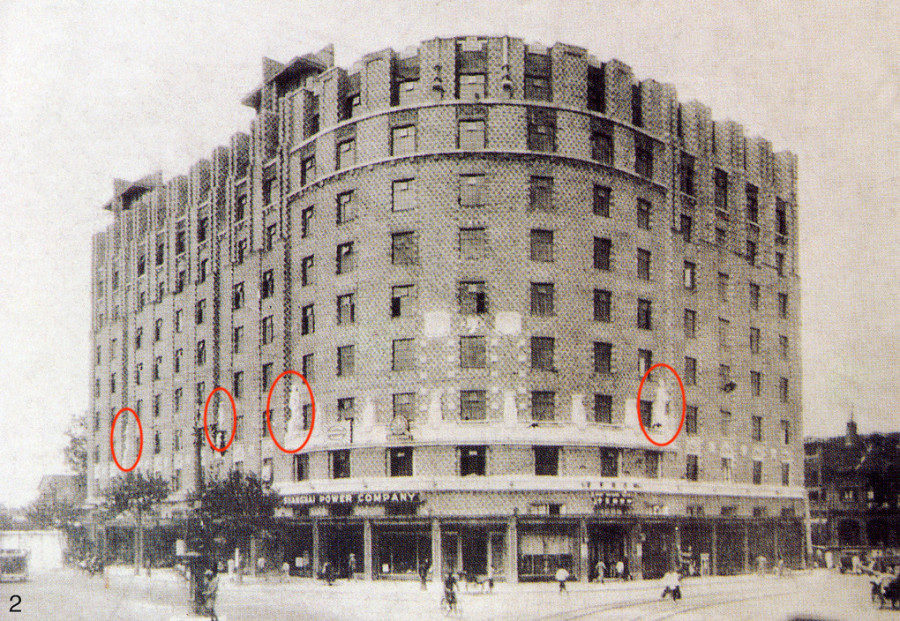 An article on Denis Apartments is coming up! The architecture series in Magazeta is revived and will appear biweekly, with English translations in this blog.