Lawn Cinema, just south of the French Club's tennis courts, used to have its gate on Avenue Joffre, at No. 900. It opened in June 1932 as an open-air outlet of the Capitol Theatres.

On this series of photos, taken by Harrison Forman in late 1937, the Russian-language signage identifies this theatre as ”Французский муниципальный зал“ (French Municipal Theatre). The movie posters advertise the first Ukranian talkie, Natalka-Poltavka ("Наталка-Полтавка"), released in 1936, and there is also an older poster for the movie The Woman That Is Never Talked About ("Женщина, о которой не говорят"), released in or before 1932. 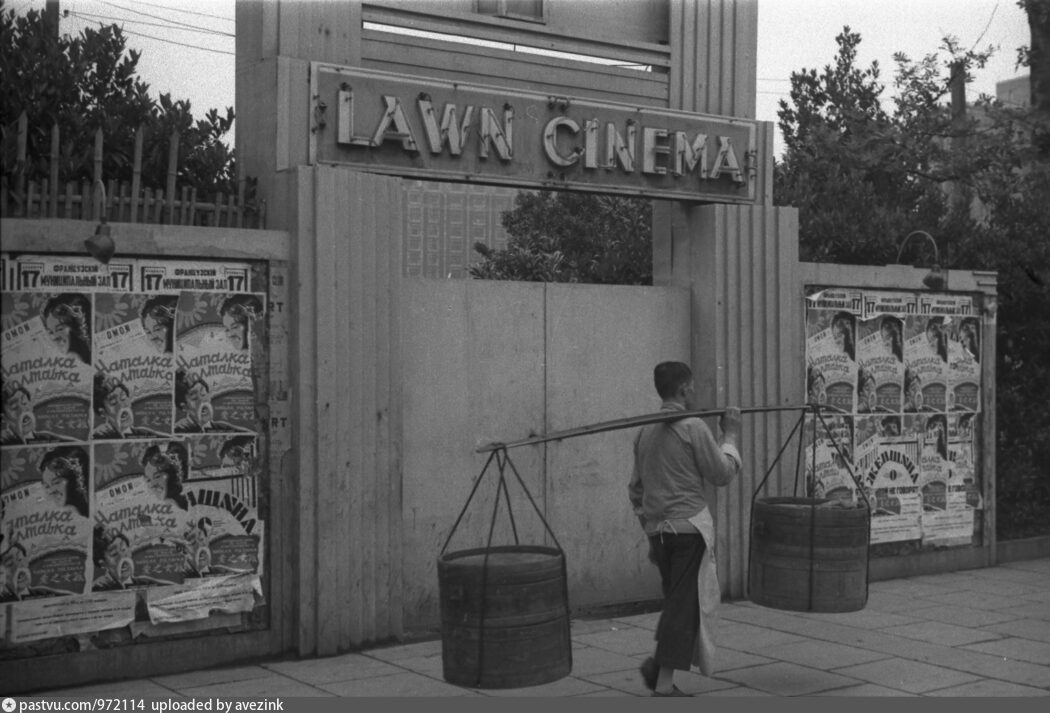 Plastered over every movie poster there are also advertisements for the restaurant Omon, which opened in November 1934 on Avenue Joffre, just two blocks away. 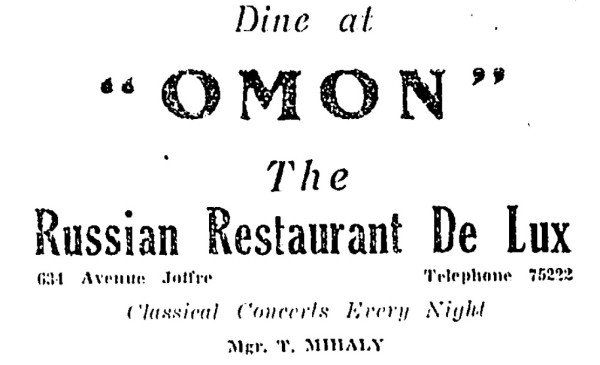 By late 1937, when Harrison Forman passed by the Lawn Cinema, the movie theatre appeared no longer functioning and the site looks abandoned: 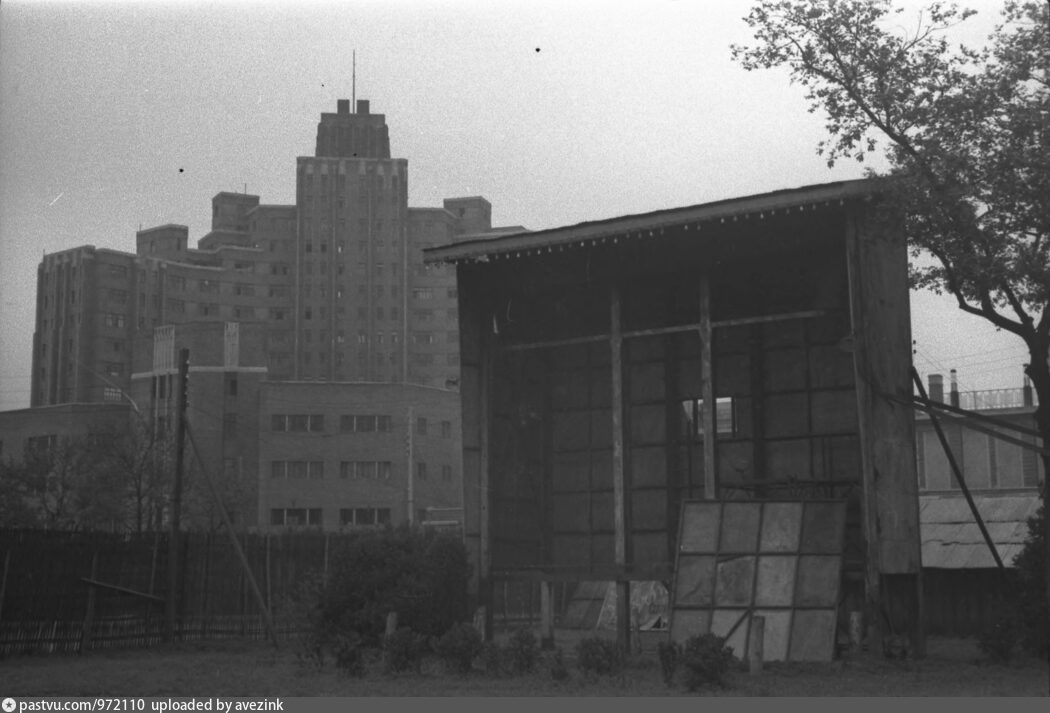 A year before that, a Russian cinema industry operative Alexander Segel took control of the theatre. Segel had had a career presiding over various movie companies in Shanghai, including the Cinema Arts Corp., with the office on Museum Road, where the architect A. Yaron's son worked as well. This company attracted the attention of authorities in June 1937, when a reel for an "obscene" film The Butler and the Maid was discovered in the office.

If the movie in question is the 1912 silent comedy, then the whole affair is simply ridiculous, but it is possible this was indeed a pornographic twin of the earlier picture with the same title: 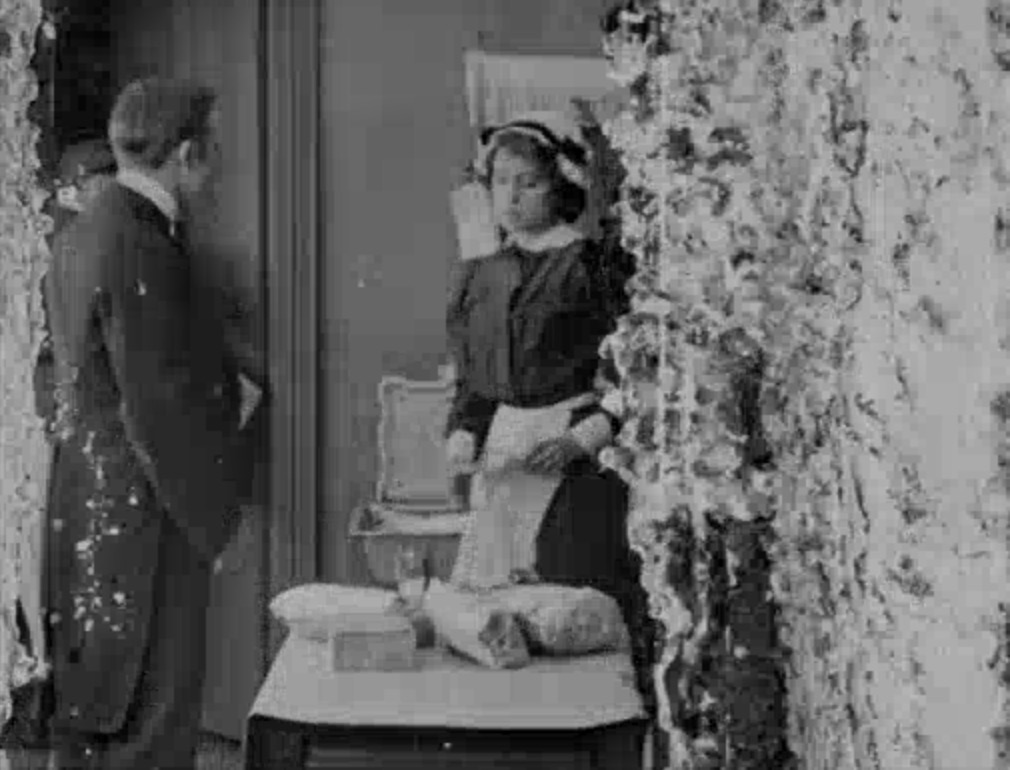 The arrest was pretty dramatic: a Chinese policeman posed as a buyer and asked Segel "if he had any obscene pictures for sale." When Segel admitted he had one, the police made their entry and arrested him. After a brief hearing Segel was released on bail. The defendant's biography was given as follows: "Segel has been a resident of Shanghai about six years. He came here from Soviet Russia where his wife is now a leading producer of Russian pictures. His 14-year-old son is also a juvenile actor, reputed to have a considerable ability. Segel's father was one of Russia's first producers of silent movies; that was back in the days of Imperial Russian government." After paying the $300 fine, Segel returned to his movie business until at least 1947 and possibly beyond.

When he was still in Soviet Russia, showing movies and making his own, Alexander Segel cast his 3-year-old son Yakov in the movie Durov's Beasts (1927), centered on the famous animal circus. Later Yakov recalled his father's obsession with cinema: "What other parent would allow a boa constrictor to wrap around his three-year-old?" (source) Yakov's mother and Segel's wife mentioned above was Musya Tolmatskaya, an assistant director of the movie Children of the Captain Grant shot at Mosfilm in 1936. Yakov landed the leading role of a brave and an adventurous boy because he answered every question – can you swim? can you ride a horse? – with such an enthusiastic 'yes' that nobody suspected otherwise (source). Yakov Segel (1923–1995) had a long career in Soviet cinema. I haven't figured out yet how and why his father Alexander Segel got to Shanghai in the early 1930s.
Collapse