Out of the squalor and into the light: When the Shanghai wall came down by Isham Cook 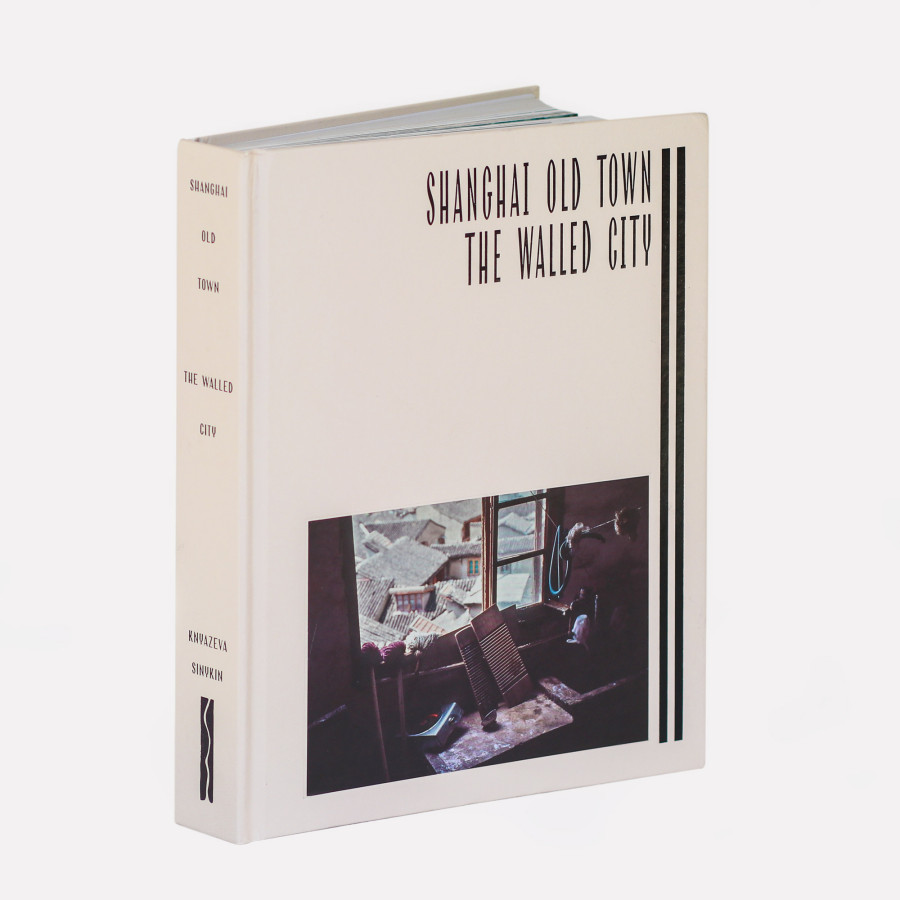 "..a valorous attempt at a corrective reading..."

"Knyazeva (who is the researcher, photographer and main author) is at pains to conjure up the glories of the old city, from its elaborate gardens down to the fine stone and woodwork still plentiful to the discerning eye in many surviving buildings. It will not escape the notice of expats and China Hands of long acquaintance here that it often takes a foreigner to conceive of such a book."

"Knyazeva’s tome resurrects the Shanghai walled city in over 500 lavishly illustrated and exhaustively researched pages, including a systematic tour of every important street and lane, both those which survive and those which have been obliterated. There is a great deal that is informative here. We learn for example the interesting fact that rickshaws and other vehicles were of little use in the city because they couldn’t surmount the arched bridges spanning the numerous creeks, which were perpetually slippery from spilled water carried by the parade of water carriers whose guild was protected by the city authorities (the foreign concessions outside the walled city already had piped-in tap water by the 1880s). Meanwhile, in the absence of a social welfare system or any municipal services to speak of, the wealthier half were left to organize rudimentary fire brigades and hospitals, charities for orphans and the destitute, the collection of the many dead left on the streets from starvation, disease and infanticide, and the maintenance of the streets and bridges."

"Virtually every building that can be identified and has some sort of story behind it is photographed. There are many illustrations of noteworthy architectural and decorative motifs, whose cumulative effect is to create a mood or atmosphere. Some details are photographed so close up as to appear abstract or unidentifiable, like mysterious talismanic symbols of an ancient society, if one existing only a bit over a century ago. Interspersed with these are many photos of the present-day occupants of the buildings, lounging about with an ambivalent or suspicious gaze at the camera, or merely going about their business. Most of these residents are of modest economic means, dowdily dressed and comporting themselves with absolute indifference toward the historical significance of their habitat and blind to the motives of the strange foreigners so obsessed with it. Although Knyazeva’s photos are meant to convey a nostalgia for the past, some seem to undercut her labor of love by depicting with unintended candor the evident shame for their surroundings written in the faces of those inhabiting them."

"Knyazeva befriended a number of surviving descendants still living in their family’s Qing-era homes. From them we learn about the last major destructive event to visit the old city before today’s bulldozers, the rampaging Red Guards of the Cultural Revolution, who set about systematically mutilating every piece of traditional handiwork they could find, scraping bas-reliefs off gates and lintels, smashing street-side sculptures, and generally attempting to complete the work the Japanese had begun in their bombing campaigns in the 1930s. After 1949, the surviving houses and mansions were arbitrarily partitioned up to peasant families. If the owners were lucky, they were allowed to reside in one of their own home’s rooms. This is another reason why foreign-authored historical publications on China tend to fare better than Mainland editions. Anything dealing with the Cultural Revolution remains taboo. Knyazeva is at pains to record the source of each occasion of loss, and the Cultural Revolution gets frequent mention. Her book was published on the Mainland, but she got away with it because it was written in English."

"The argument of The Walled City rests on an act of imagination, a fantasy: what the old city would be like if it could be fully restored. This will never happen, of course. On the contrary, there will soon be nothing left, apart from the shlocky built-up tourist section surrounding the Yu Garden. The real estate is simply too valuable to tolerate anything less than high-rise development."

Link to the full article

China:
To order by Wechat and receive the book by courier, add me on Wechat 微信 avezink or scan this code: