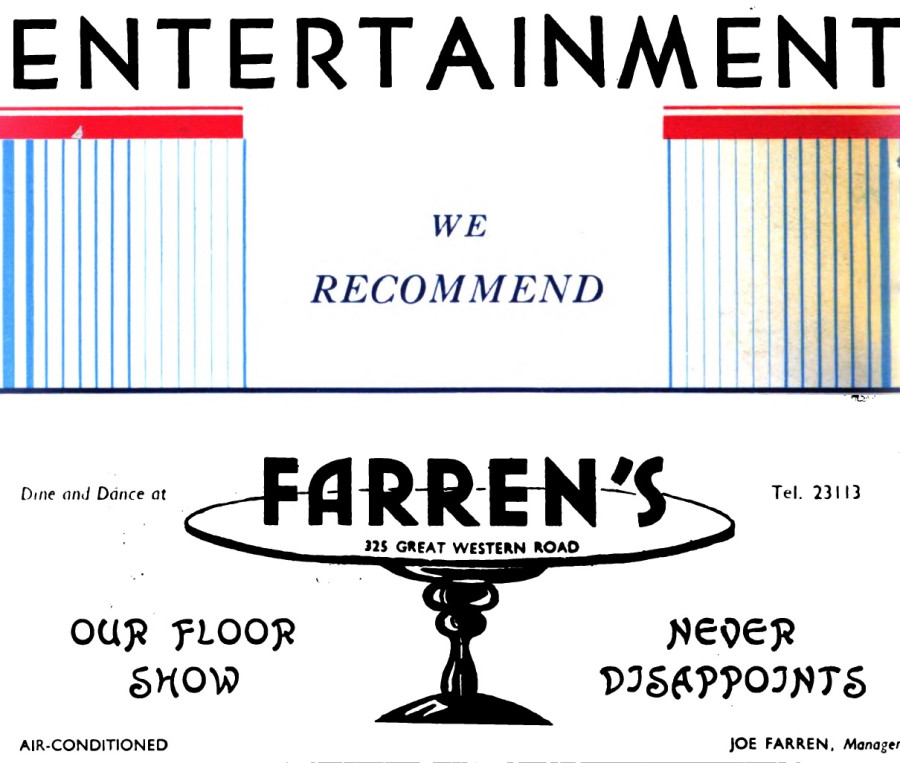 Prompted by a friend I tried to find the location of the Farren's Night Club, famous for the drinking, dancing and gambling that went there. Bad news: the building is no longer standing. Good news: we now know what it looked like.

But first, some light entertainment. 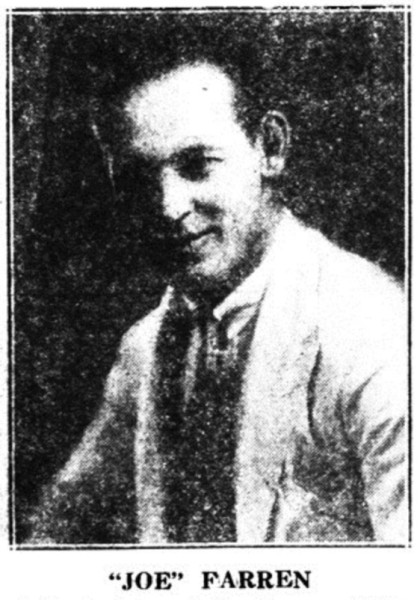 Joe Farren's dance programs were staged in Shanghai's best venues, such as Hotel Plaza, Majestic, Ambassador, Paramount, Casanova and Canidrome. One of his earliest popular numbers was called "Singing in the Bathtub," in which he starred – in the bathtub. Just as memorable were the phosphoric skeletons hanging from the ceiling of the Canidrome, with dancers in glowing catsuits wriggling below like worms. One of Farren's important contributions to Shanghai's cabaret aesthetic was the introduction of "the line" – a lineup of dancers performing synchronously on stage. Here is an ad for Joe Farren's revue in the Strand Theatre in 1932: Soon after the troupe returned from the "triumphant tour of the Orient" the principal dancer drowned in Hongkew Public Bath. I'm still looking into the circumstances, but in the meantime, on the last day of the year 1936, Joe Farren opens his own cabaret at 325 Great Western Road. In the first few weeks the interior was still unifinished, but the push to open early was justified by the "enthusiastic crowds," as the press confirmed. In summer, the garden of the club became the setting of multiple tea dances and late night parties. 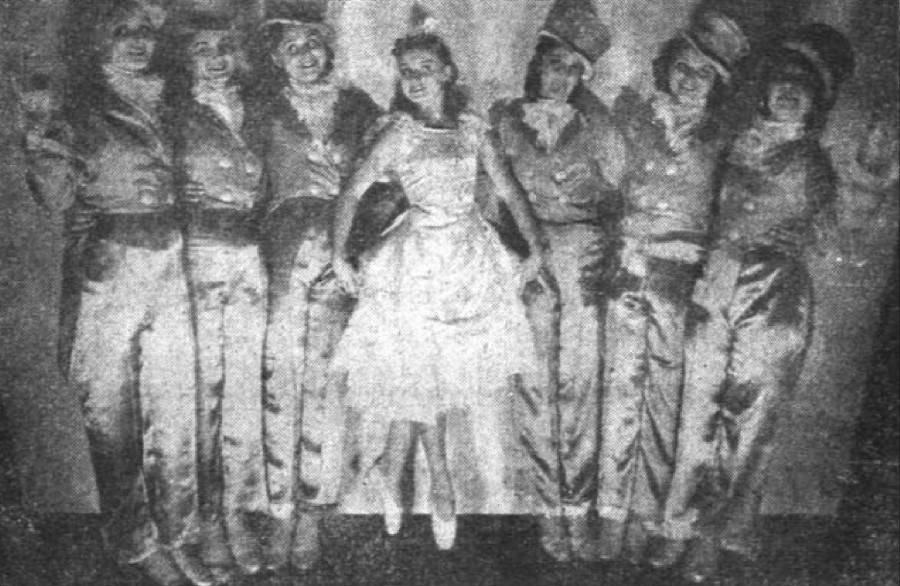 Volsky's Midnight Follies, engaged to dance at Farren's in February 1941: 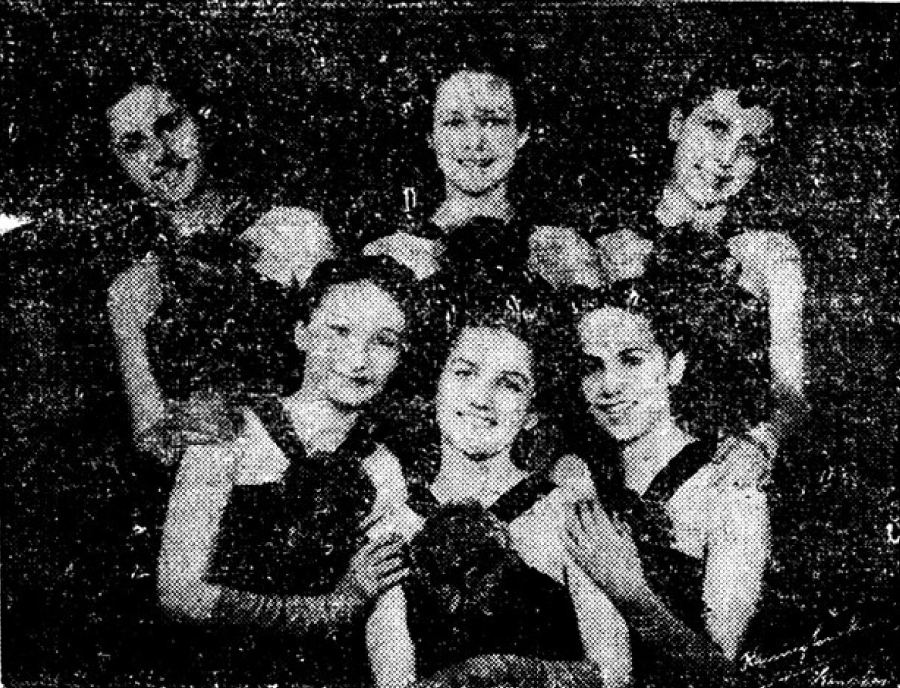 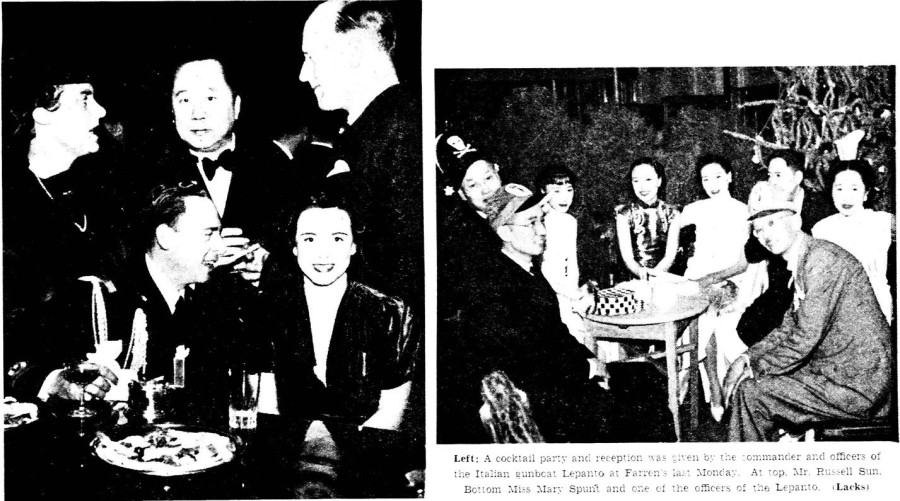 There is also a nice photo of the band here.

What about the exterior and the location of the Farren's? We know it was at 325 Great Western Road. This view in the brochure for the Columbia Country Club (301 Great Western Road) was published in 1930. It shows a building with a sloping roof to the west of the Columbia Club (I added a red circle around it – and a big thank you to my observant friend). This is the villa that later became the Farren's club. It was built in 1927 as a family residence for a German named E. W. Eickhoff, whose import and export company 义泰洋行 was a cover for the trade in guns and ammunition (source). It is hardly a coincidence that this tarnished property fell into Joe Farren's hands, who by 1939 had to shield accusations of gambling on the premises. 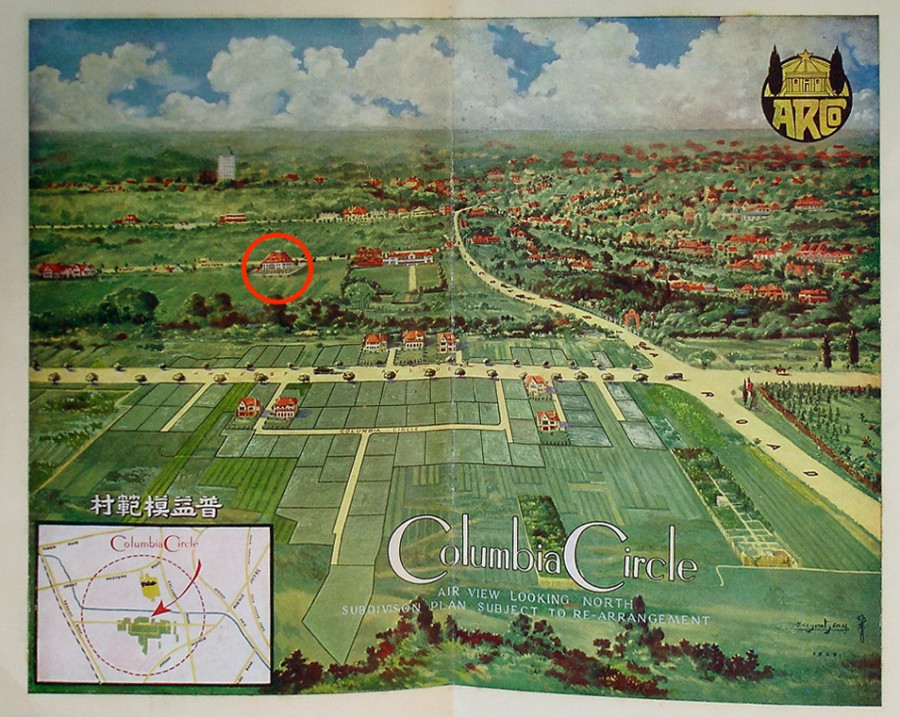 The name of the road and the numbers have since changed. 325 Great Western Road became 1326 West Yan'an Road (延安西路1326号). Newspapers once alluded to the "splendid gardens in the front and in the rear," and they are visible on the map below. There is now a street, Anxi Road 安西路 running between the Columbia Country Club and the Farren's: 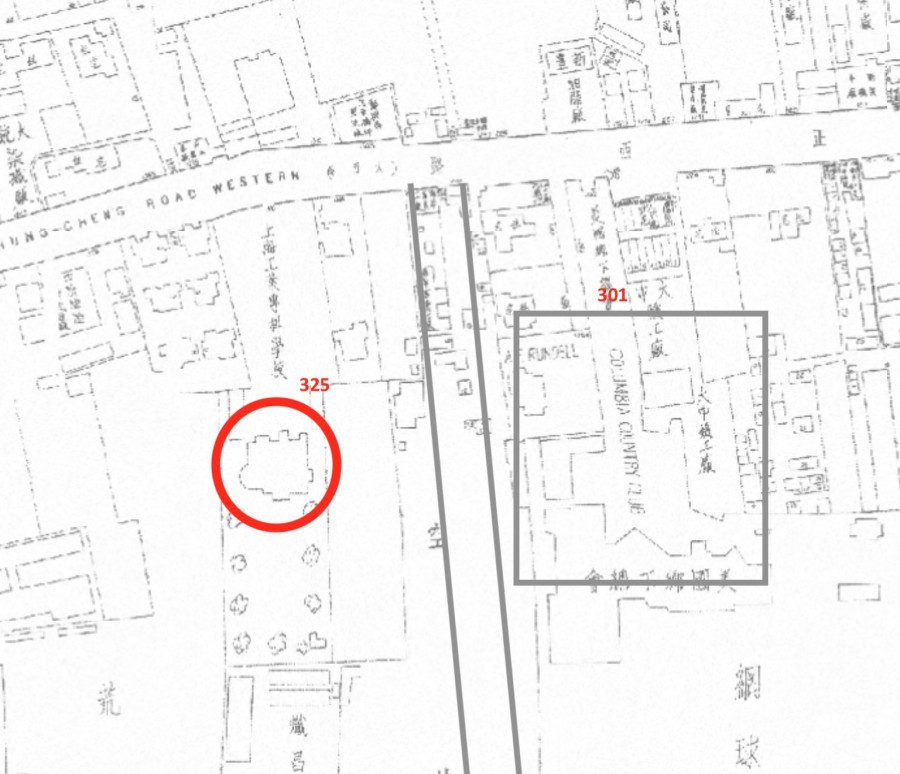 Here comes the exciting part: after the cabaret building was converted to textile industry college, in 1947, it was photographed. These are the views that I was able to find. The north-south walkway leading to the mansion from Great Western Road: The view of the mansion (left) from the south: 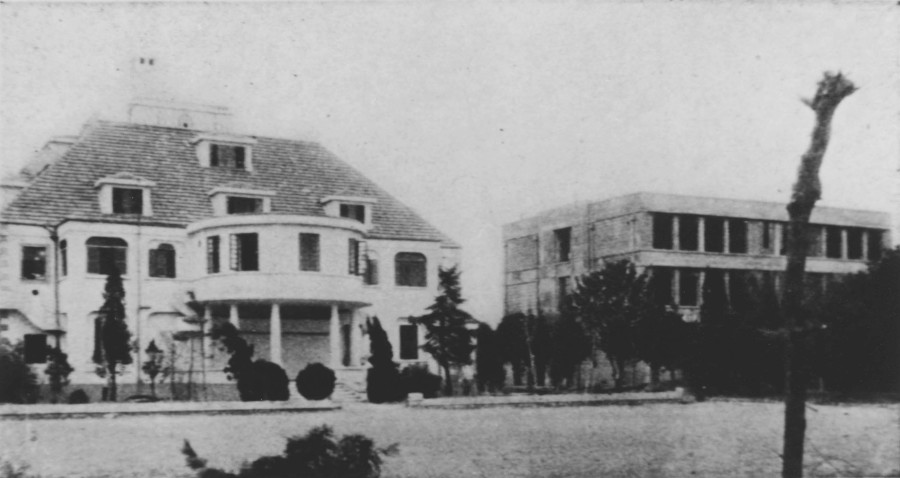 The building was last seen in 2000, and then it was torn down and a residential high-rise complex Jinri Liyuan 今日丽园 was built in its place. The end. An earlier investigation revealed the location of the Del Monte cabaret.