I didn't know this genre existed! Here are the cards related to Shanghai.

"Chinese bombs rain death in Shanghai." An explosion in front of the Cathay Hotel on 14 August 1937 (Bloody Saturday): 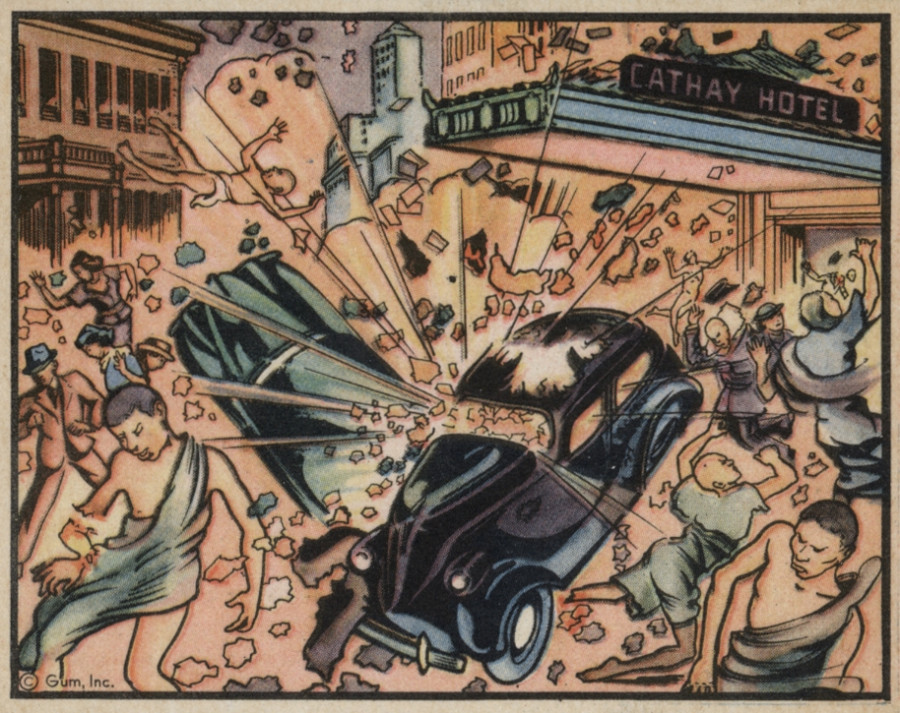 "Shanghai shoppers blown up by bombs." The aftermath of the explosion in front of the Sincere Co. store on Bloody Saturday, 14 August 1937: 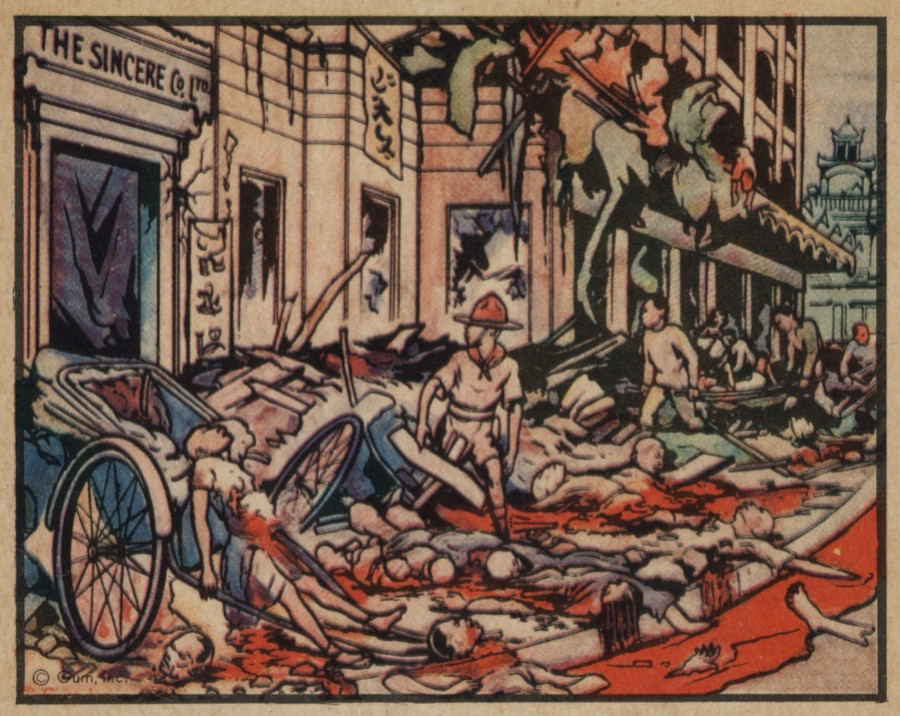 "U.S.S. Augusta is hit by shell as Shanghai burns." Downstream from the Bund, on Bloody Satuday, 14 August, 1937. No one was killed: [See the rest of Shanghai cards...]
"Japanese flagship assailed in Whangpoo." Izumo, moored north of the Bund, on Bloody Saturday, 14 August 1937, sustained no damages, which cannot be said about the Chinese boatmen depicted: 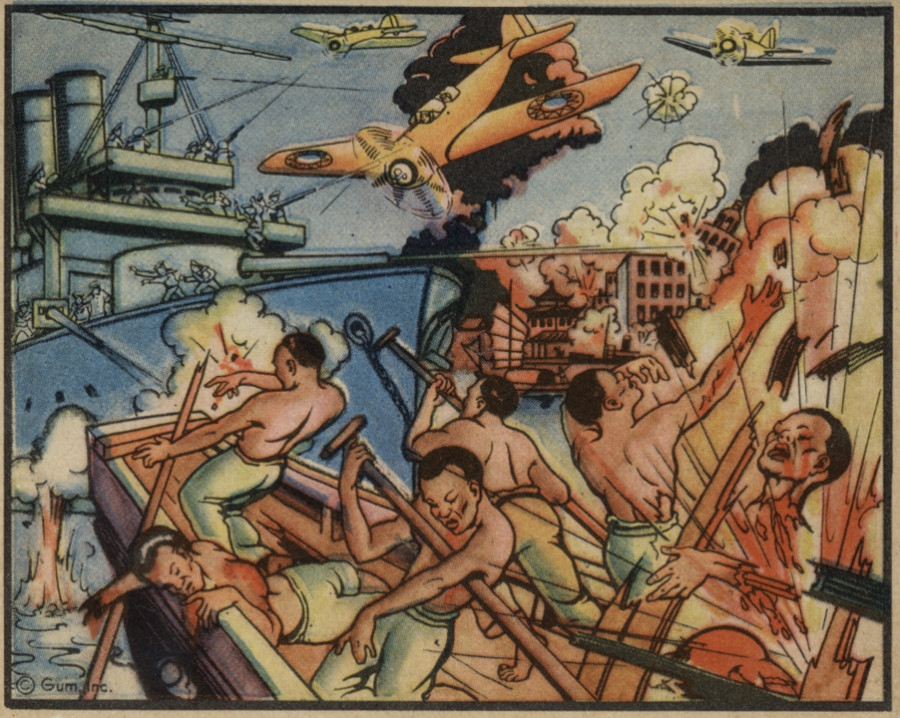 "Tokyo tank fires on British troops and refugees." Presumably, on the north side of Suzhou Creek, between two bridges: 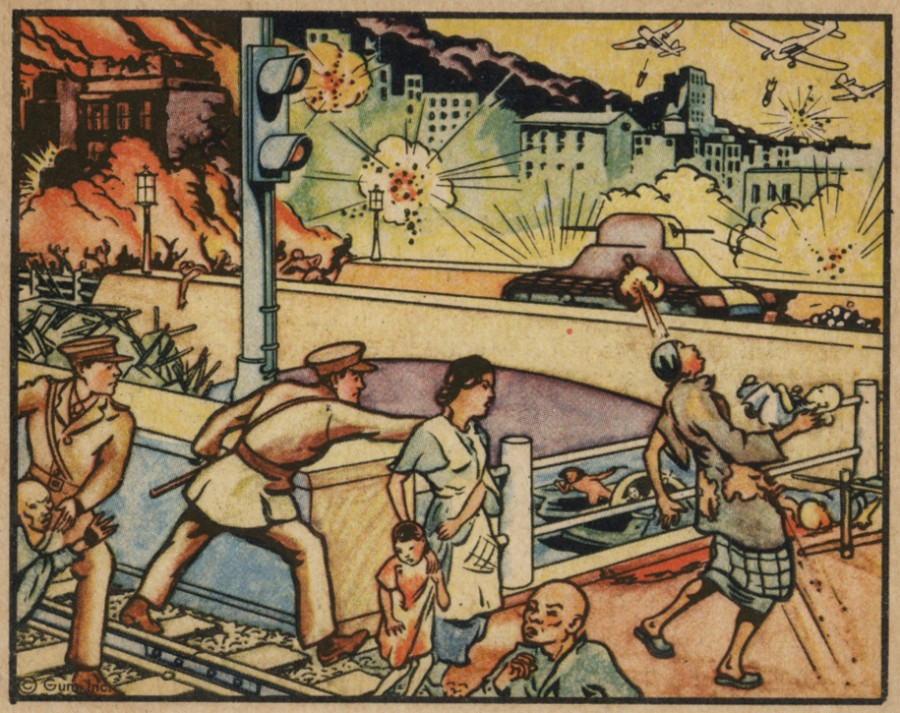 "Bomb kills passengers on Shanghai trolley." Not sure about the location, but this is a tram or a streetcar: 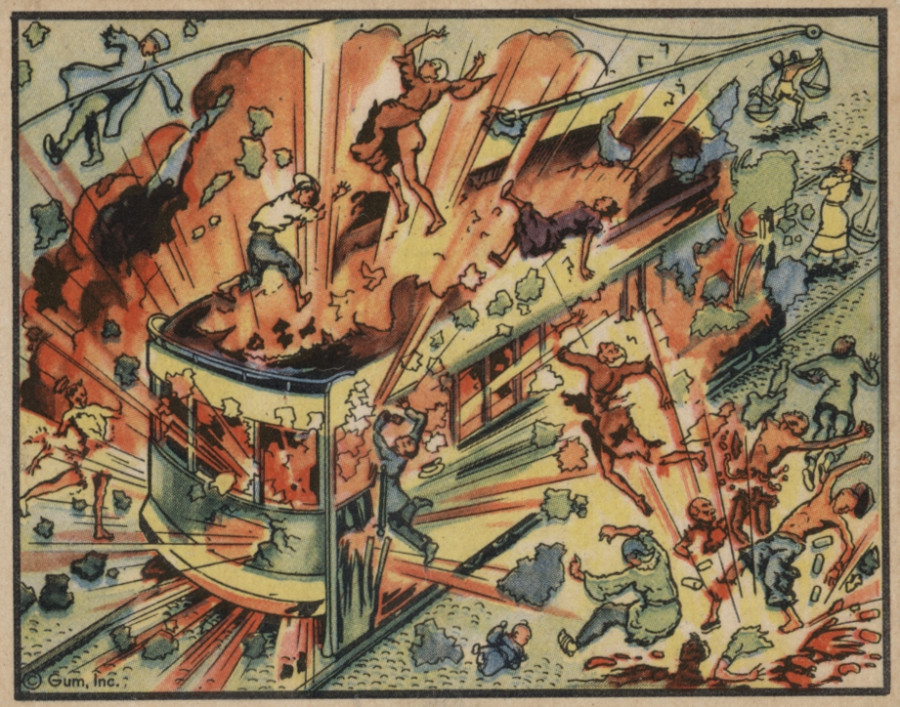 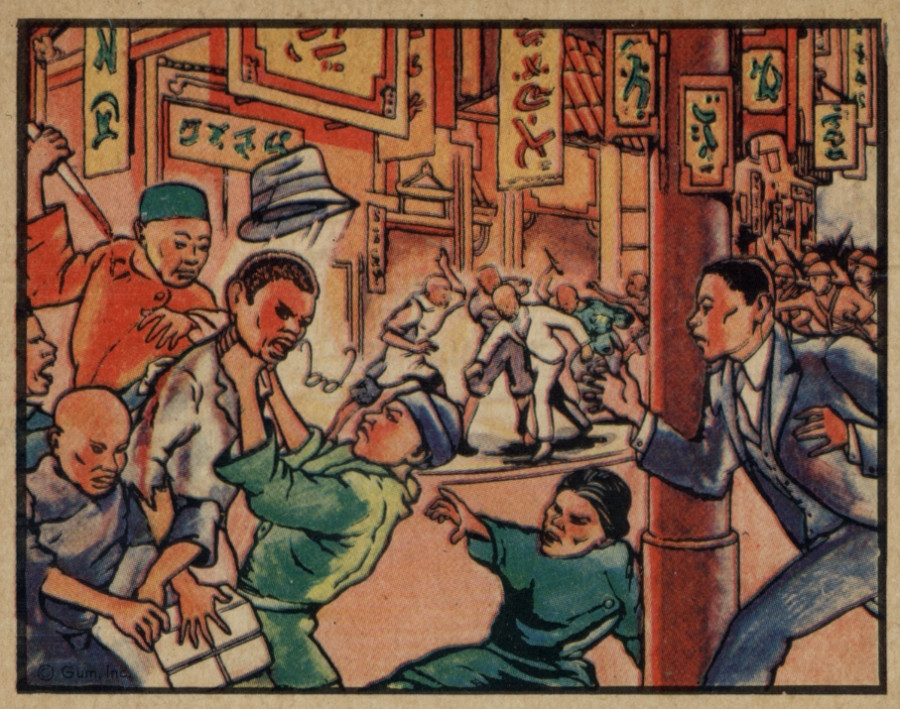 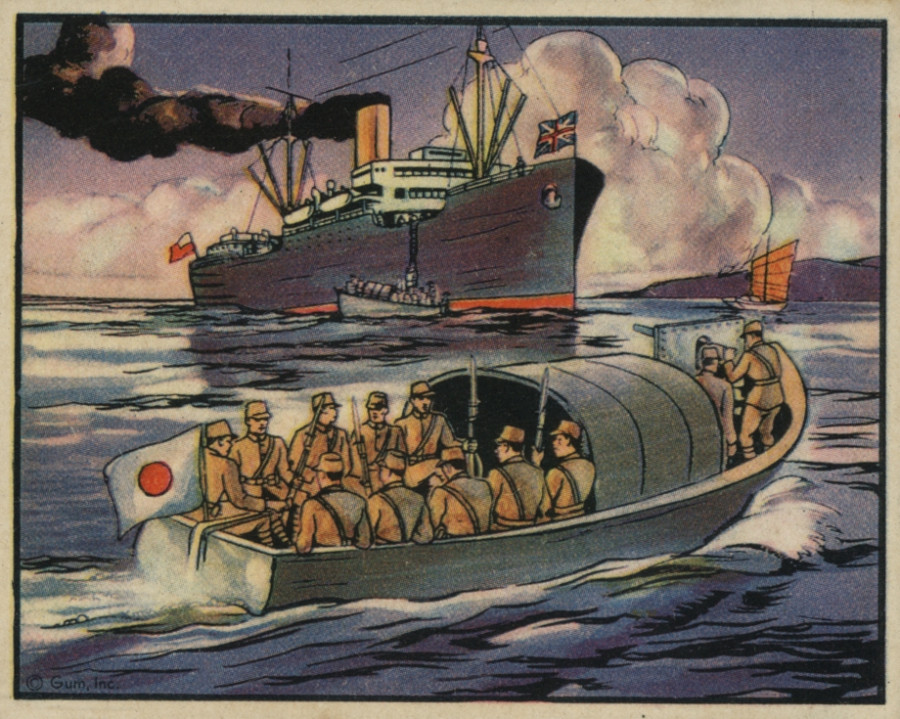 "Cholera breaks out in Pootung." 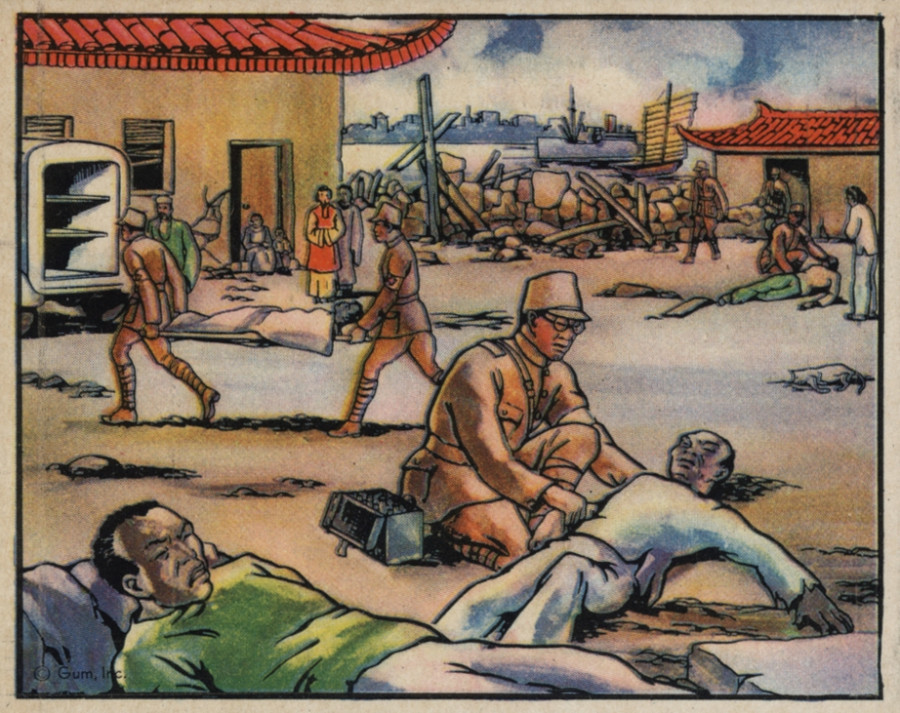 "Street fighting tactics in Shanghai." Either around North Sichuan Road, or close to Broadway Mansions? 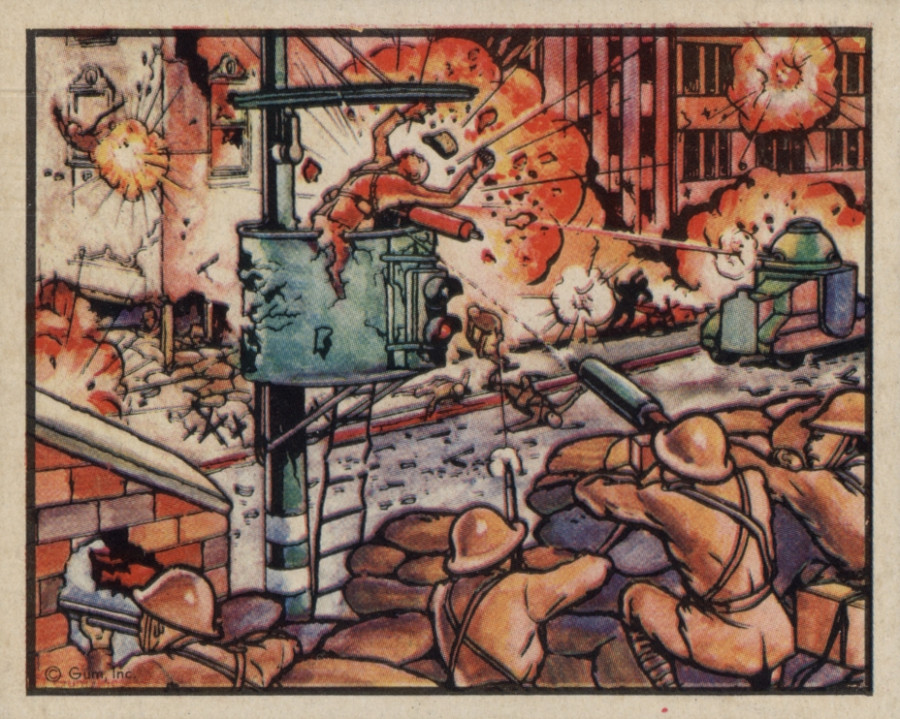 "Shanghai university head slain by gunmen." The assassination of Liu Zhan'en 刘湛恩 (Herman Liu), president of the University of Shanghai, by pro-Japanese terrorists on 7 April 1938, which happened on Bubbling Well Road, near Majestic Road: 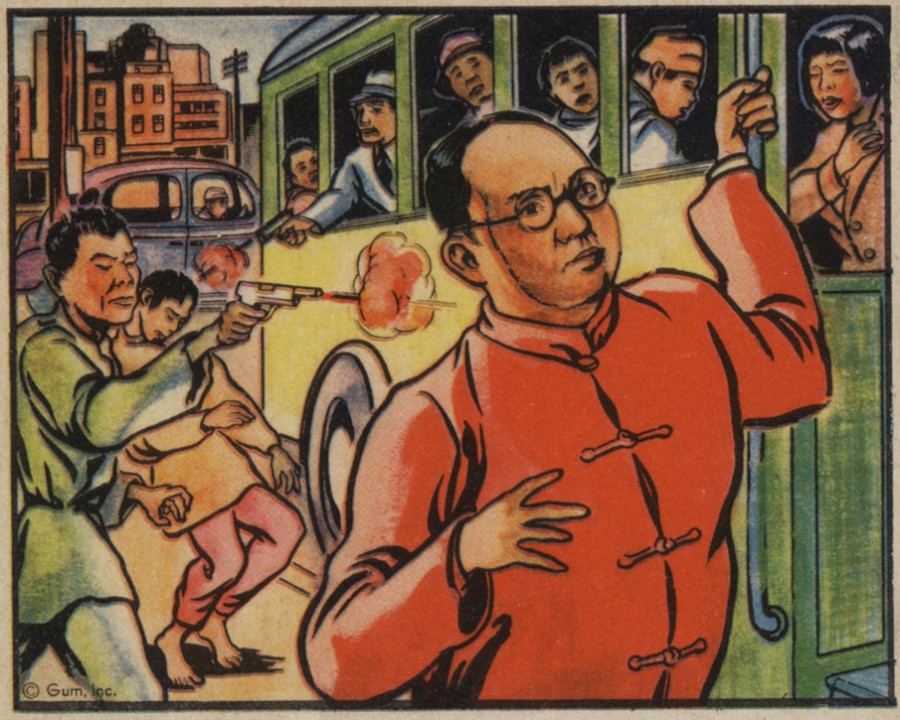