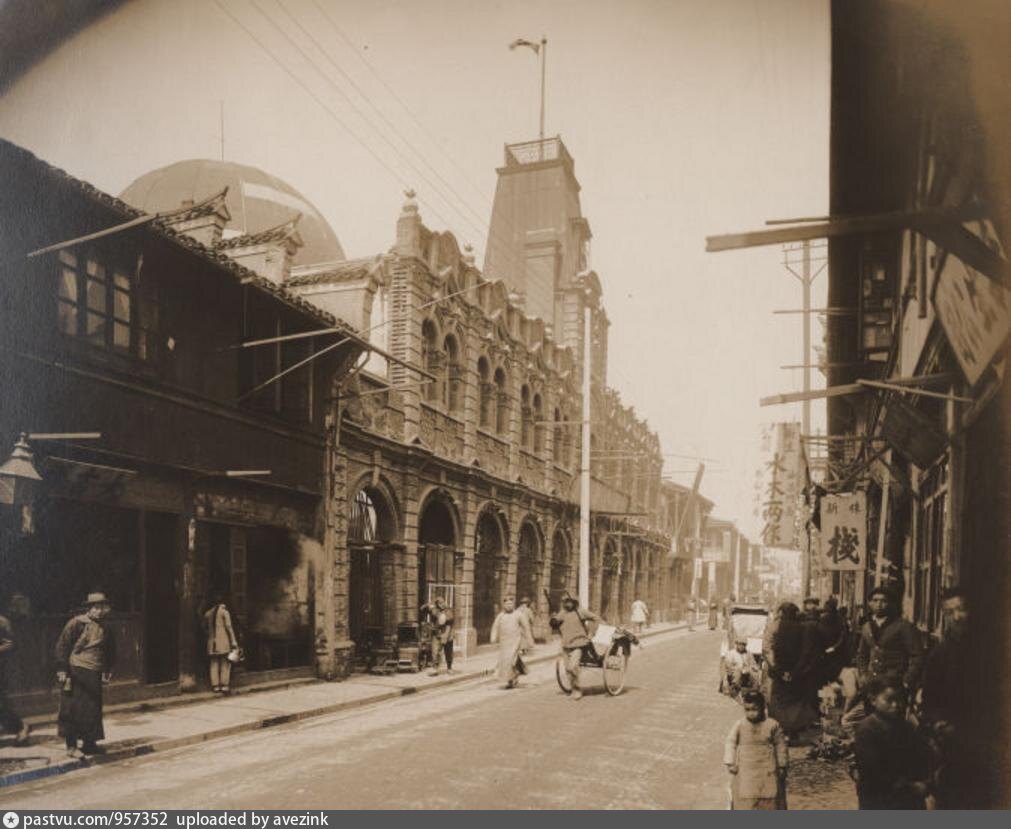 The photo of this splendid building, captioned simply "Chinese Theatre in the French Concession" on this photograph from 1917, has long intrigued me. At last I found out this was a Peking opera venue, called New Theatre 新剧场, which opened with pomp on January 6, 1910:

The National Review reported:
"A very fine Chinese theatre has just been built in Frenchtown, at the corner of Rue du Consulat and Rue Tourane, and foreigners wishing to view a Chinese play may now do so with more of comfort than has generally been round. It is named the Sing Chih Tseng Theatre, and both externally and internally it marks an advance on native theatrical architecture. There are a pit, a dress circle, and a gallery, but one feature which is above all to be commended is the large number of safety exits. A theatre cannot have too many emergency exits, and unless this feature receives attention, as it has done in the present case, one of those appalling catastrophes which from time to time have occurred in Europe and America, may be the result. Messrs. Grove and Co. are the architects of the Sing Chih Tseng Theatre."

Grove & Co., Architects and Surveyors, had offices in Shanghai and Hankou.

The North-China Herald gave these specs for the building:
"The Sing Chih Tseng Theatre, which is situated at the corner of Rue Tourane and Rue du Consulat, French Settlement, was officially opened last evening. There was a very large attendance of foreigners and Chinese, so large in fact, that although there is seating accommodation for 2,500 many were unable to find even standing room. The theatre has been built in the short space of ninety-five working days, and the work has been continued day and night until completion. The cost of the building alone was Tls. 40,000 and the remainder of the capital is used for effects, clothing, scenery, etc. The stage manager is the popular actor Mr. San Ma Tsze. The principal actors are of the highest standing in their profession, as much as $2,500 per month salary being paid to the principal actor. The stage revolves on ball bearings, and there are five fire escapes from each floor. The area of the theatre is 104 ft. by 110 ft. and the top of the dome is 65 ft. above the floor. The span of the dome is 36 ft. and the stage is 36 ft. by 36 ft."

Here is the modern view of the corner where the theatre used to stand: 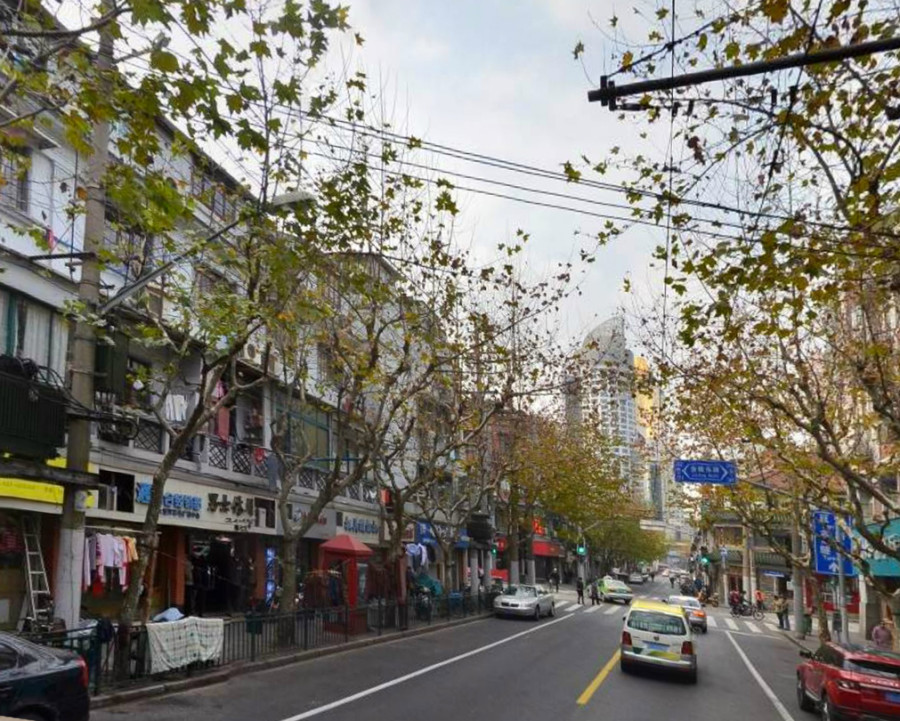 What happened to the theatre? It began to change names in a quick succession. Half a year after its opening it became Phoenix Stage 凤舞台, then 成转台 in 1912, then 朝阳凤舞台 in 1913 (source). In 1912, a Chinese entrepreneur was granted a permit to bring a female troupe in this theatre, and since then the mixed troupe was the much-advertised specialty of this venue: 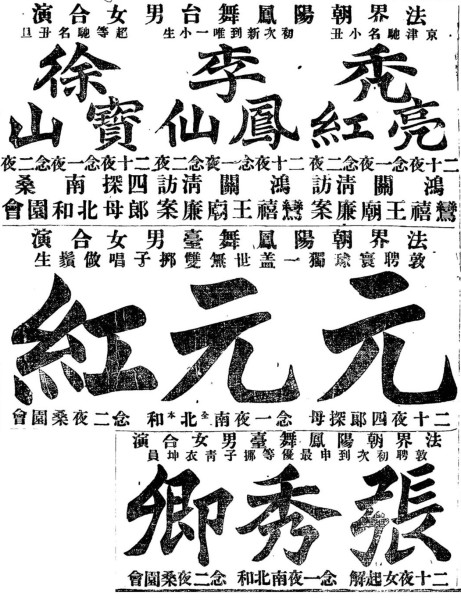 In 1913, the ascendant thug/policeman Huang Jinrong 黄金荣 obtained the venue. He continued to change its names frequently, becoming 天声舞台 in 1916, and soon after – the Public Stage, or Gongwutai 共舞台. In spite of these auspicious name changes, the fortunes of the theatre sometimes declined and it closed its doors; one such instance was in 1918. But it always managed to rise like a phoenix from the ashes, and in the early 1920s the opera stars Mei Lanfang 梅兰芳, Xin Jupeng 言菊朋 and Lu Lanchun 露兰春 all performed here.

In 1924, the famous incident involving Lu Lanchun, Huang Jinrong and the landlord son Lu Xiajia took place in this theatre, after which Huang's partner Du Yuesheng 杜月笙 superceded Huang who never regained his influence in the gang world. 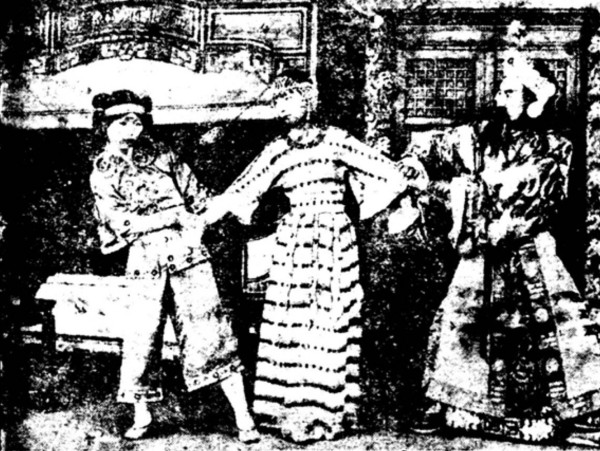 A performance in Gongwutai in 1926.

Eventually, the old building became too dilapidated, and Huang Jinrong moved the establisment to a new location adjacent to the Great World 大世界, which he also owned. The outline of the theatre with its dome is discernible on the 1927 aerial composite map below, but in 1929 it was demolished and the lot was built up with lane houses. Perhaps, the arcading policy of the late 1920s contributed to this decision: it mandated that buildings along Rue du Consulat install arcades along their facades. 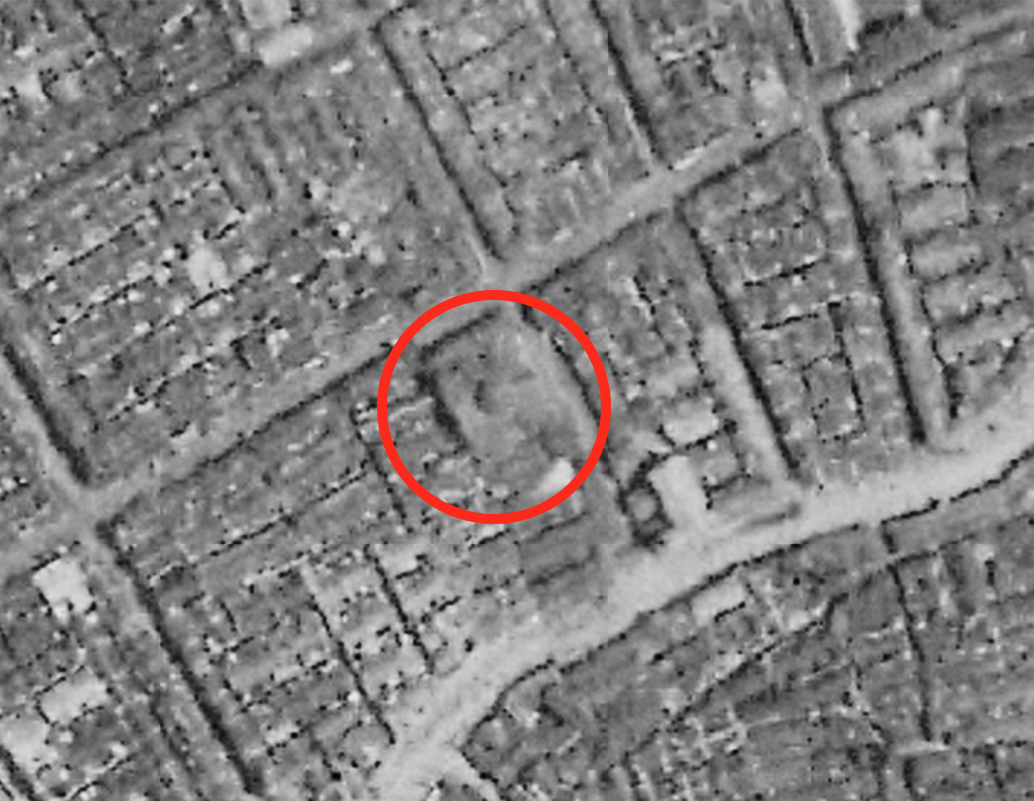 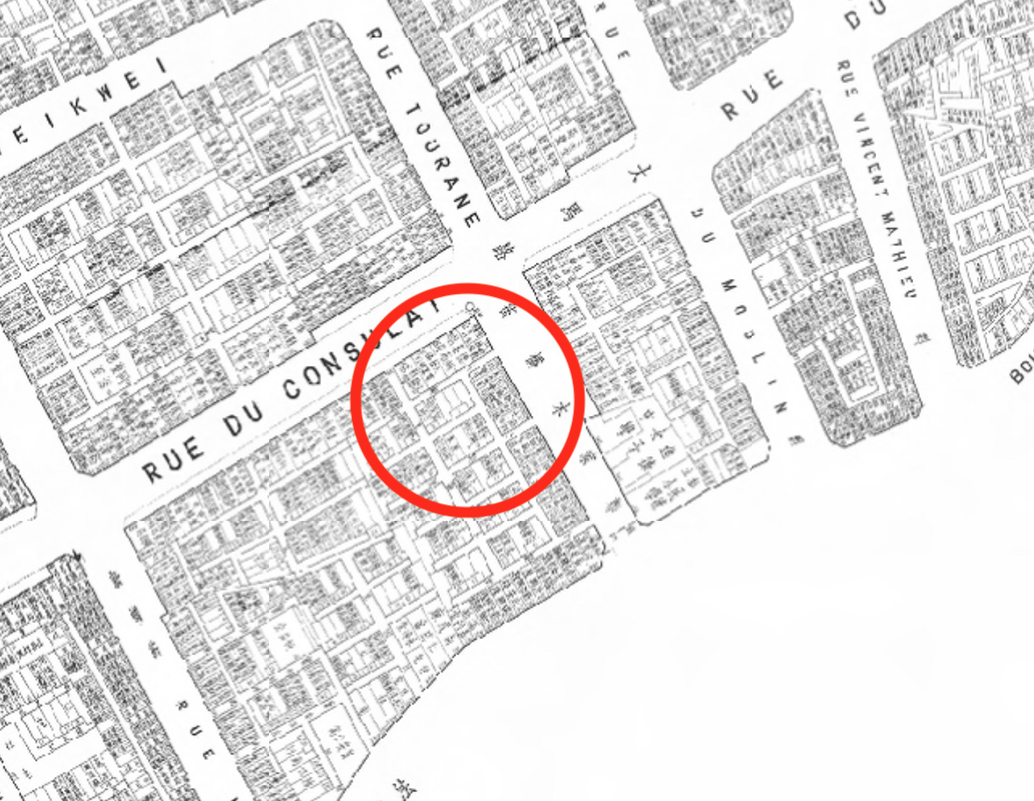