"A native photographer and a native tailor made up the last case. Both had grievances to be redressed. The photographer suspecting that all were not going right at home, made a pretense to go to his work on Sunday morning last, but returned shortly to his house, and found the tailor in the same room with his wife. There being no direct evidence of criminality, he was unable to take off his head, but as a warning, he deprived him of his tail.

The tailor strongly denied any moral wrong; and the wife had told her husband that he had been sent for to do some sewing. The photographer, however, had suspected the tailor for sometime past, and informed the court that he could not leave his house for an hour, but on his return he learned that the tailor had been there during his absence. It was very strange that his wife should always have sewing work to be done during his absence.

The case is a serious one for the tailor, for Chinese law is severe on such matters, whether of not encouragement be offered. The case was remanded tomorrow for the wife to appear." 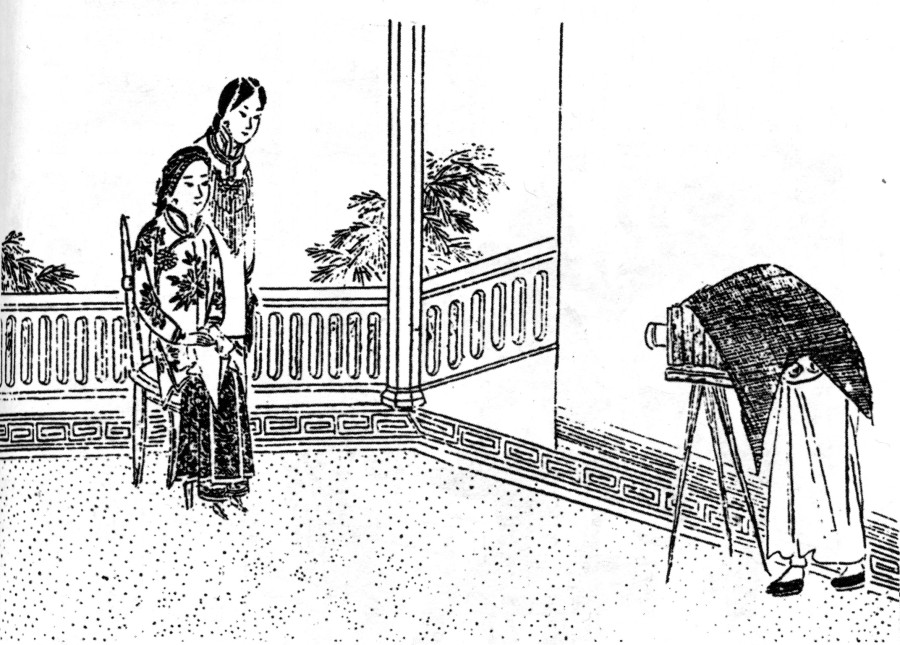 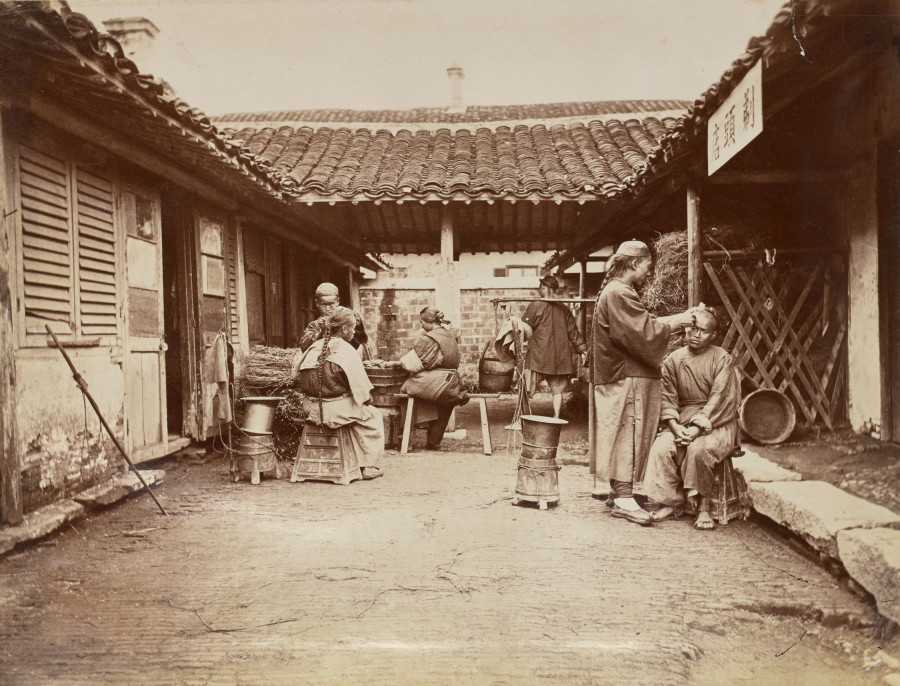 In the altrecation between the photographer and tailor, the latter lost his tail. I wonder if these itinerant barbers, who walked from courtyard to courtyard with their tools and their signboard, would offer a solution for him (presuming he kept his head after he trial). The image is precisely from that era, c. 1870. William Saunders. Via Getty Institute. 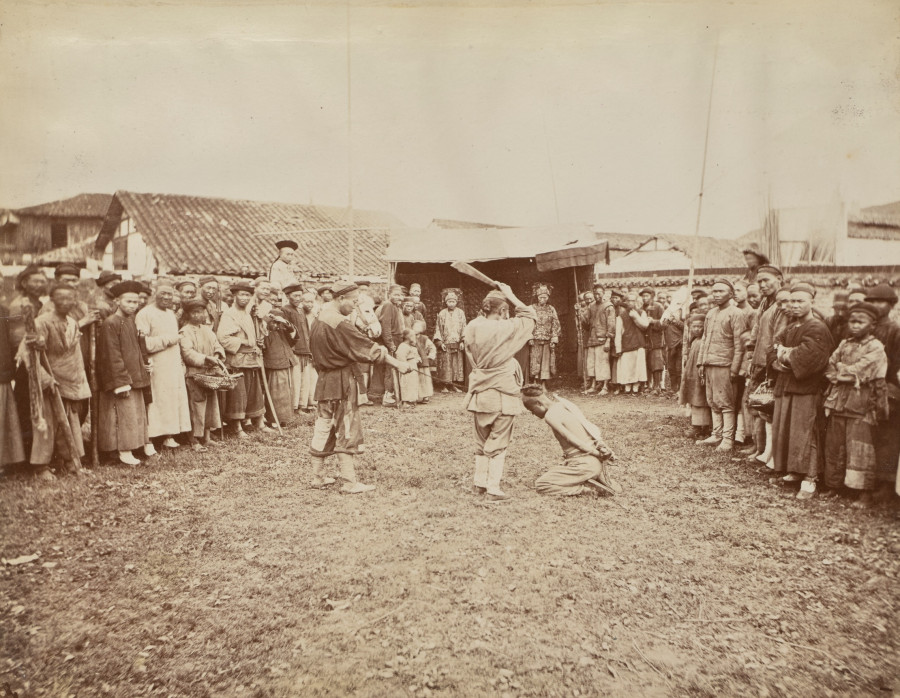