North-China Daily News, 1916:
"The explosion which occurred behind the Palace Hotel Annexe on Monday afternoon was caused by calcium carbide which had been thrown into a concrete garbage bin by a photographer. A smell like that of aceteleyne gas was made and the sides of the bin were blown out, but no one was hurt."

Calcium carbide was used in portable lamps, and its supplies were carried around by photographers and cinematographers. The image from the era, coincidentally, shows a fire brigade extinguishing the fire at the back of the Palace Hotel: 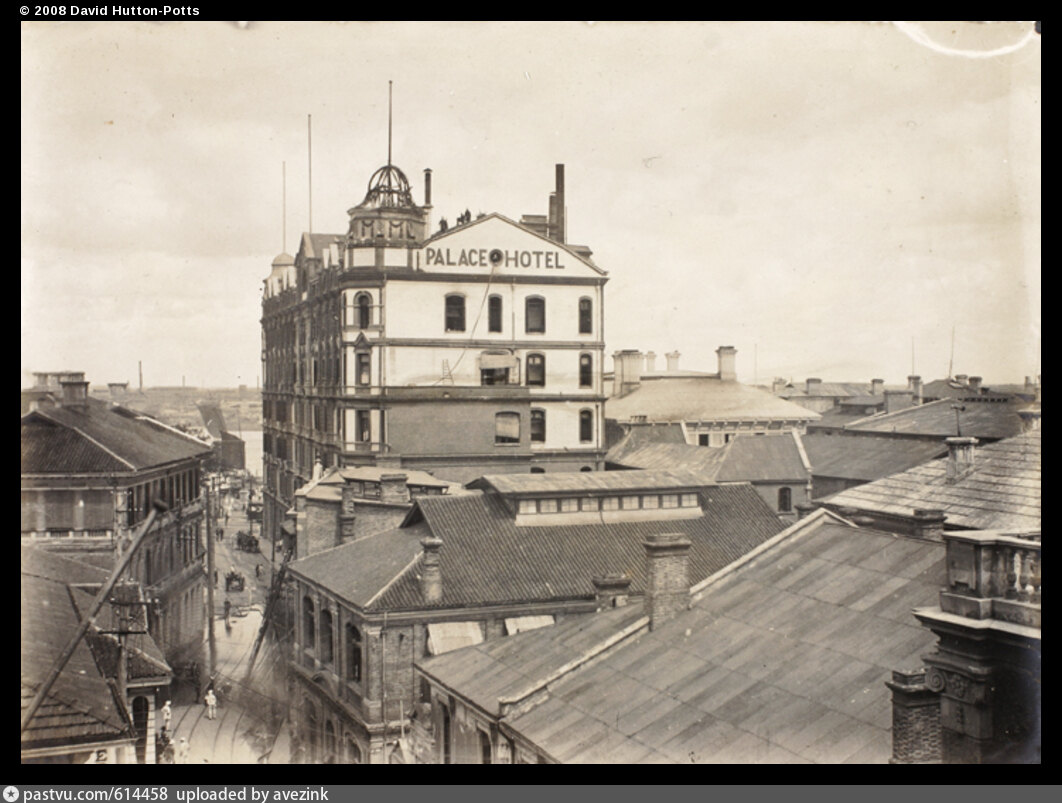