Owned by C. Eddie and managed by Ernest Engley, the cafe claimed to be "the only real night club in China" and "the only high-class cafe in Shanghai." It was sold to J. H. Browning in 1930 and renamed Browning's Cafe. 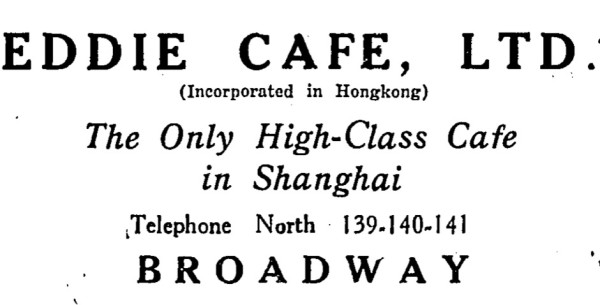 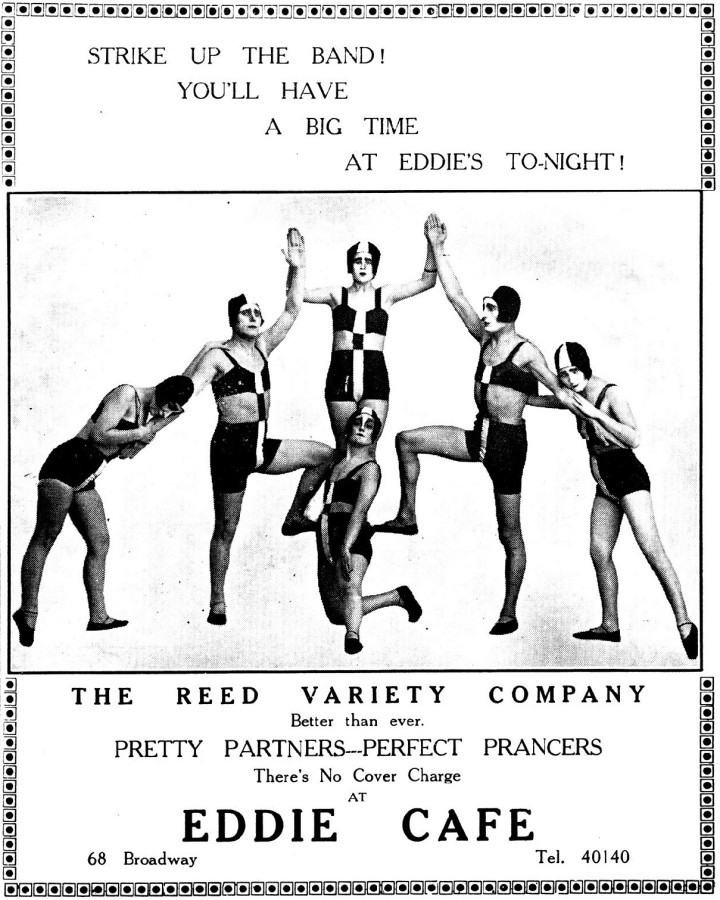 Street landscape in the 1930s. Eddie's/Browning's Cafe would be to the right of the Broadway Reed Shop. Today, the housing on the left side of the street no longer exists. Image: sy-随意.