This article was originally written for the Russian-language architecture series in Magazeta. 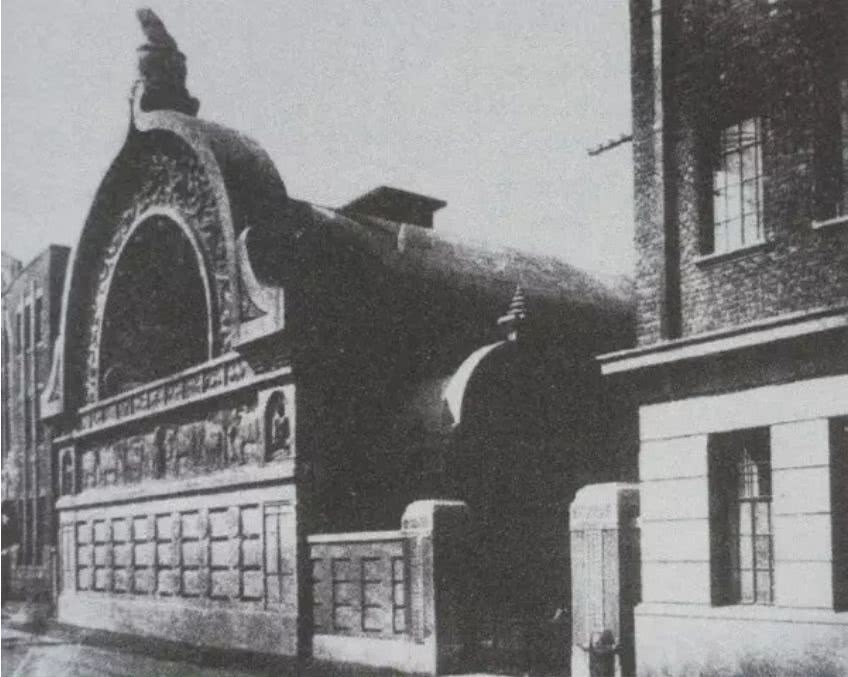 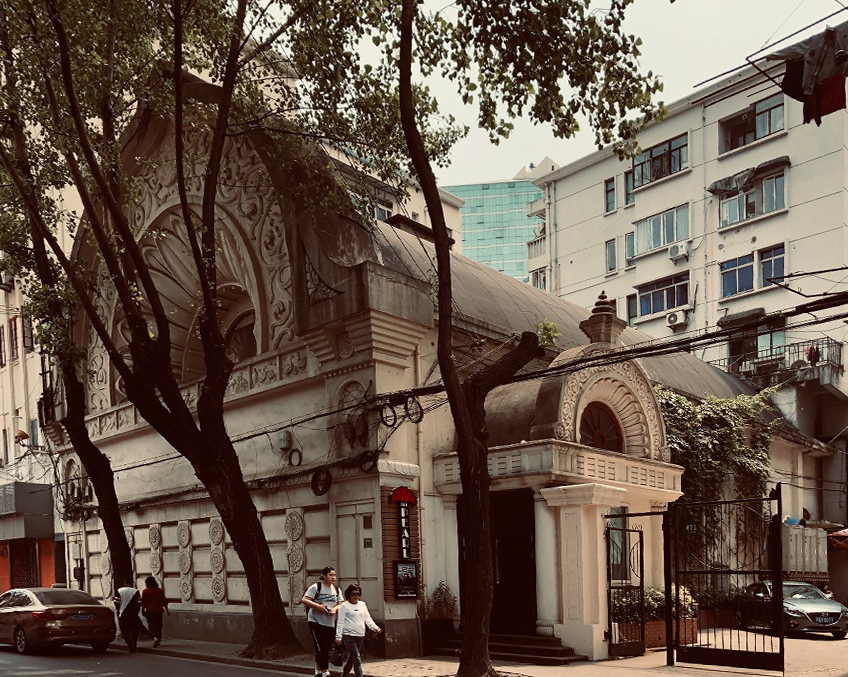 The history of the Japanese in Shanghai is mostly written with blood, and the lengthy and violent occupation of the city in 1937–1945 has replaced the memory of peaceful coexistence. But a number of Japanese landmarks still stand in the north of the downtown, where in the early 20th century tens of thousands of Japanese citizens lived. One of these landmarks is the Buddhist temple Nishi Honganji 西本愿寺上海别院, now used as the cabaret The Pearl. Japanese tourists still visit the former temple, and aside from its cult significance, this is one of the most eclectic buildings in Shanghai.

In the second half of the 19th century, modernized Japan pursued political and economic expansion into the Southeast Asia and China, and following this trend, various Japanese religions began to set up missions in China. The most active among them was Nishi Honganji, the West branch of the Buddhist School of the Pure Land, founded in Japan around the turn of the 13th century and later split into the East (Higashi 东) and West (Nishi 西) branches. Nishi Honganji established missions in Vladivostok, Taiwan and Hawaii before coming to Shanghai in 1906.

Just like American Protestant missionaries, Japanese Buddhist missionaries hoped to convert Chinese population to their religion. Besides preaching they also promoted the idea of pan-Asianism, with Japan at the top of the hierarchy. But foreign brands of Buddhism aroused no interest among the Chinese public, so Japanese missions had to switch to serving their own compatriots – granted, they were arriving by the thousands.

In the 1910s and the 1920s, the Japanese diaspora in Shanghai was growing at the rate of 5% a year. By 1927, the Japanese population of Shanghai exceeded 25,000 and comprised a half of all foreigners. Having settled in the north of the city, the immigrants considered this district their home. Shanghai's Little Tokyo was located around North Sichuan Road, Haining Road, Tanggu Road, Wusong Road and intersecting alleys. The Japanese residents aspired to reproduce their habitual lifestyles and did not seek integration. They did not have to: Japan’s influence was powerful not only in economic and military spheres, but also in the intellectual realm. The identities and worldviews of Shanghai modernist writers such as Lu Xun were largely forged in the cafes and bookstores of Shanghai’s Little Tokyo.

The streets of Little Tokyo were replete with Japanese-language signage. There were restaurants, tailor shops, brothels, bookstores, inns, banks, hospitals, and separate schools for boys and girls. The stores traded in Japanese imported goods and accepted yen as payment: yens were officially sent to Shanghai for the use in Little Tokyo. In anticipation of the New Year, thousands of fresh pine trees were shipped from Nagasaki, decorated and then placed outside doors of residences and businesses. People strolled about wearing kimonos and geta sandals, carrying round umbrellas. Little Tokyo even had its own symbolic mayor, elected by the Japanese Residents’ Association. 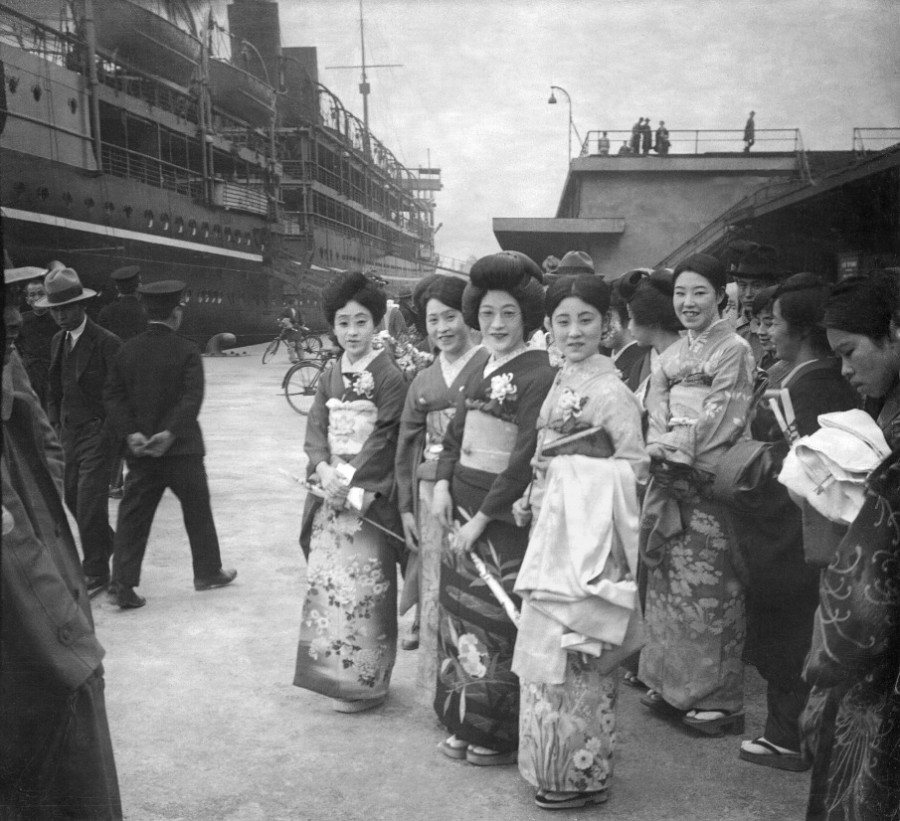 In Shanghai port around the year 1930. Image: Louis-Philippe Messelier. 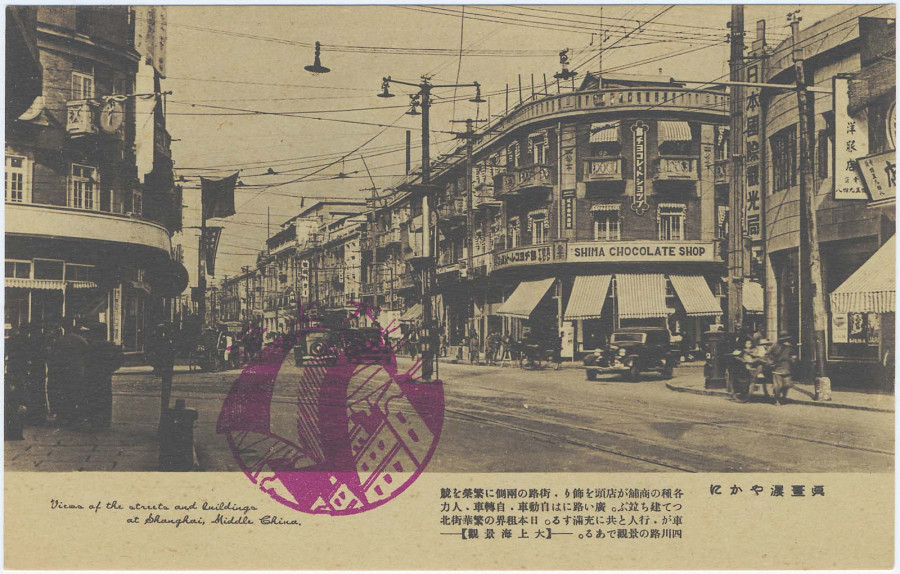 A 1931 cartoon illustrating the relationship of the Chinese and Japanese in Shanghai. Image: Sapajou.

To mark national holidays and conduct burials there was a Shinto shrine with an expansive cemetery (its place is now occupied by Hongkou Park 虹口公园). At least three Japanese Buddhist sects had their temples in Shanghai, and one of them was Nishi Honganji. In 1931, it relocated to a new building on Zhapu Road.

The architect of the building, Okano Shigehisa (岡野重久), purposefully chose a hybrid style. The resemblance to Hindu temples was intended to highlight shared origins of Indian and Japanese schools of Buddhism. Shanghai’s Nishi Honganji temple was not the only hybrid of this kind: the mission had a similar building constructed in Dalian. The mission architects were equally inspired by the Muslim palatial architecture such as Taj Mahal and British colonial administrative buildings, known as Indo-Saracenic architecture. All of these influences, transplanted to the Shanghai soil by the hands of Japanese architects, resulted in a very eclectic building.

The outer wall of the Nishi Honganji temple has a relief lintel with ten pairs of birds; underneath them there are 21 versions of a lotus flower. A giant horseshoe arch is a reference to Moorish and Moroccan architecture, while the bowed roof line reminds of Bengali palaces. The tunnel-like side entrance and internal vault is borrowed from Hindu chaitya temples, which were often carved in a mountainside. Massive pillars on both sides of the porch are a reference to Persian buildings. There was a 30-meter memorial stupa in the back that loomed over the neighborhood (it was demolished during the Cultural Revolution). Side view of the porch. Image: minguotupian.com. 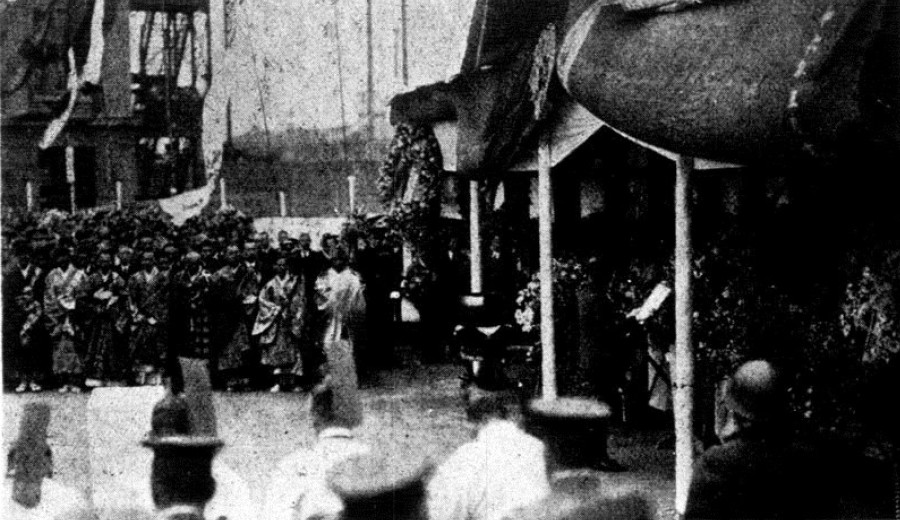 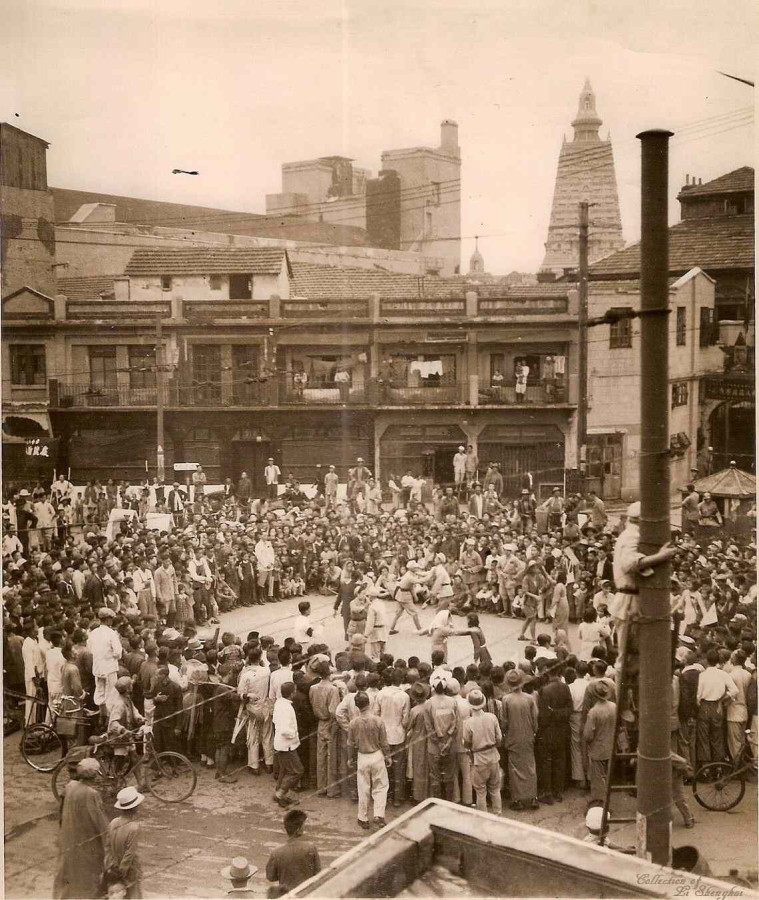 Corner of Haining Road, one block south from the Nishi Honganji temple. The memorial stupa is towering on the horizon. Image: Collection of Li Shengkai. 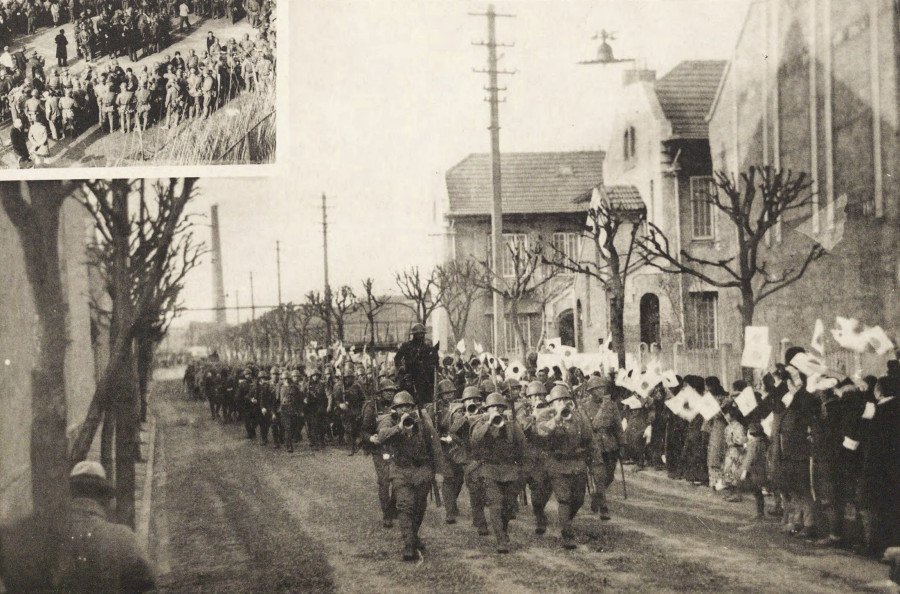 Population of Little Tokyo cheering their soldiers on their way to fight the Chinese in early 1932. Image: 满洲建国及上海大事变史.

Soon after the opening of the temple, in late January 1932 the Japanese army attacked the north of the city and incinerated the residential district of Chapei (Zhabei). The Nishi Honganji temple was then used for funeral services for the fallen "warriors.” The next few years were relatively peaceful, but the Japanese military presence in the area was growing, and the civilian population swelled too. The fragile peace was disrupted in August 1937, when the Japanese warplanes began to bomb Chinese districts. This was followed by the occupation of first the Chinese, and then the foreign territories. All this time the killed soldiers received their last honors in the Nishi Honganji temple, their bodies were cremated and the ashes stored in the stupa.

After the surrender of Japan in August 1945, the military occupation came to an end. The American troops disarmed and interned the enemy soldiers, while the Japanese civilians rushed to the port to leave the city. They left behind whole blocks of houses with sliding doors and tatami floors, multiple administrative buildings and several temples, two of which survive. The East branch of the Pure Land School (Higashi Honganji 东本愿寺) on the corner of Wuchang Road was demolished, but the West Branch (Nishi Honganji 西本愿寺) at 455 Zhapu Road is now used as a cabaret The Pearl, while the former Honkokuji Temple (本圀寺), at 439 Zhapu Road, is now a residence. Their present is as eclectic as was their past. 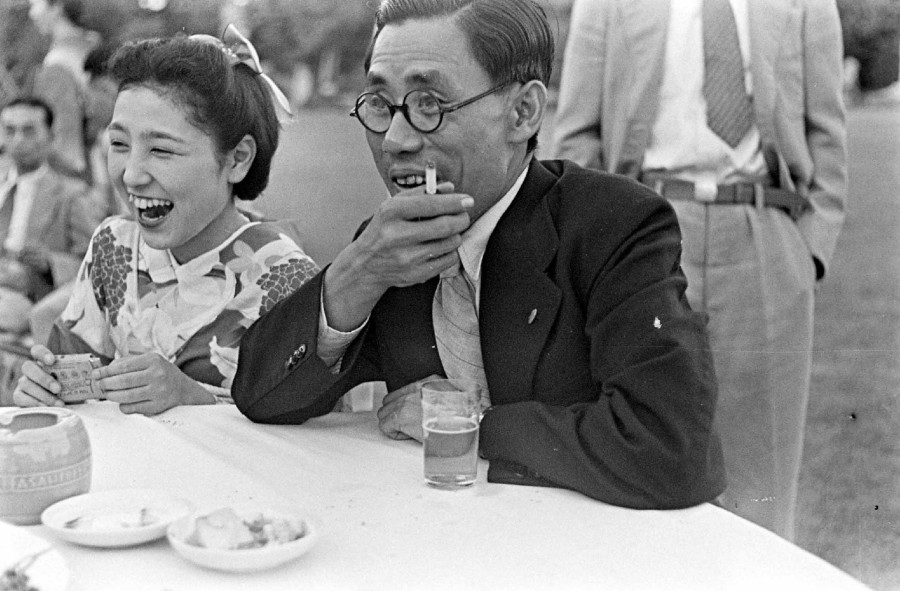 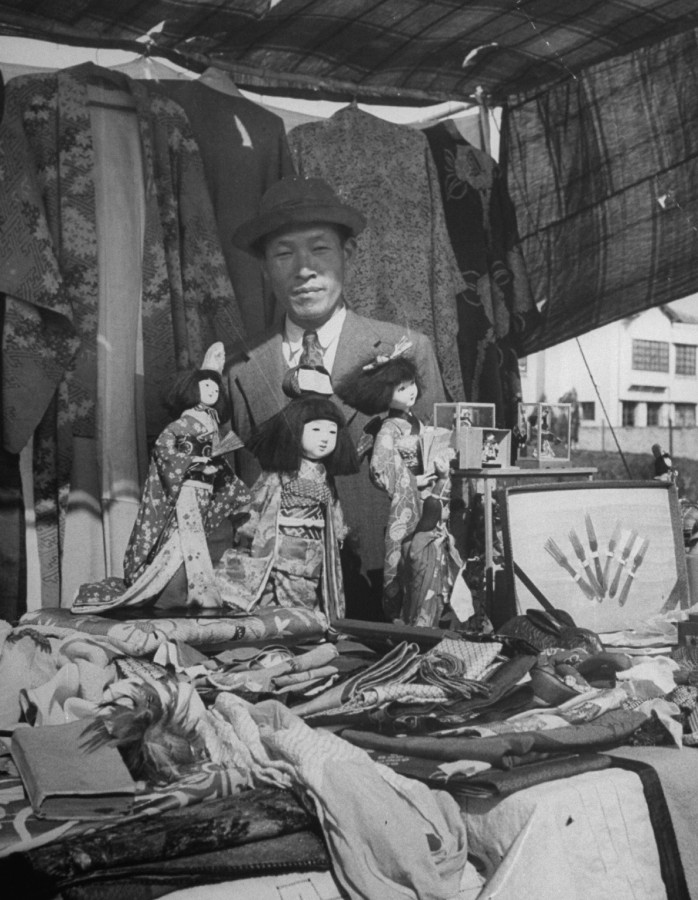 Selling off possessions before repatriation in 1945. Image: George Lacks. 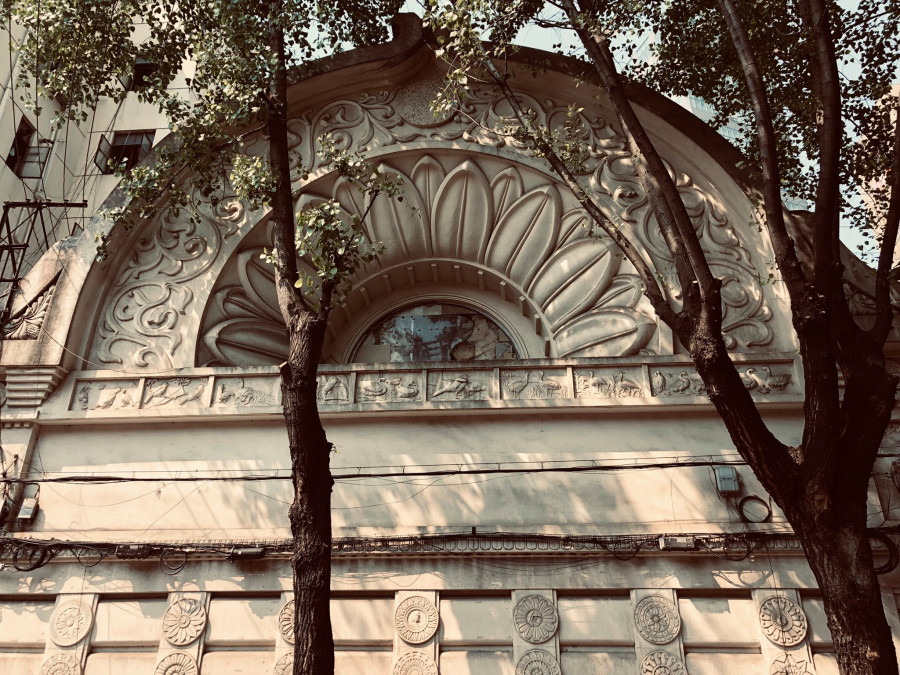 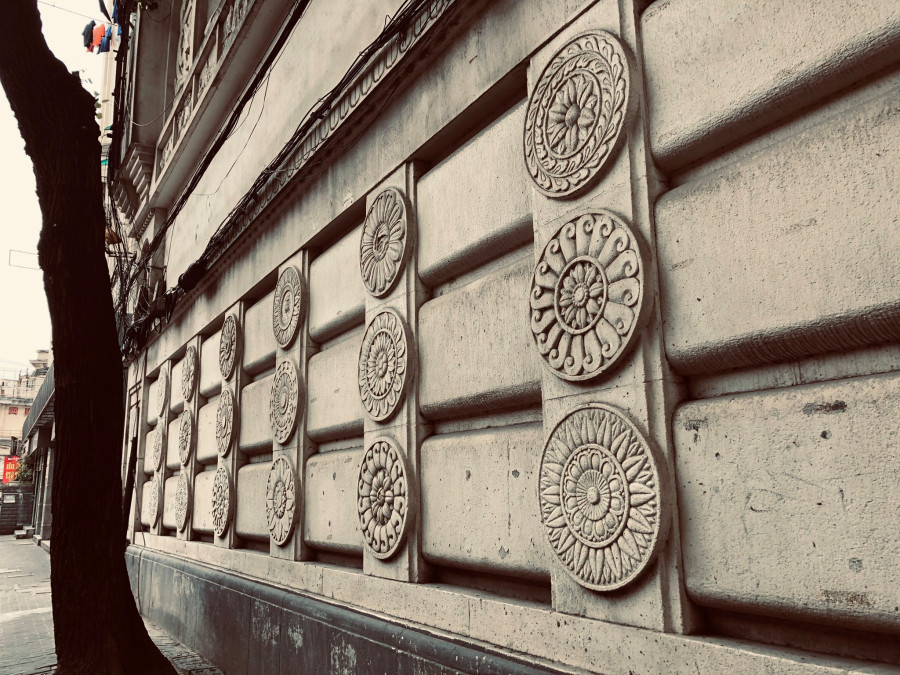 The arhats' faces on some of the lotuses have been gouged out. 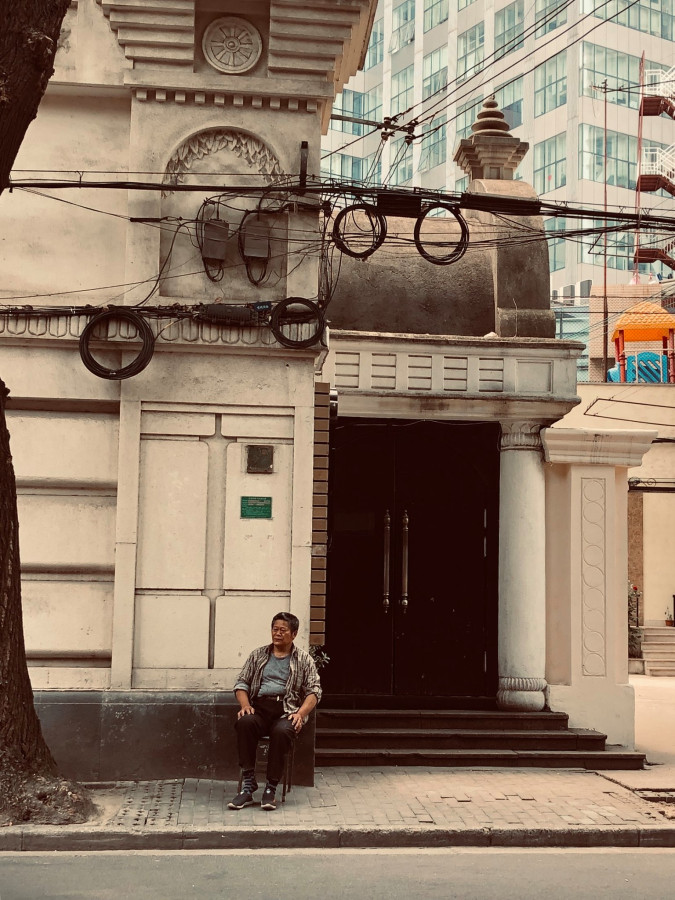 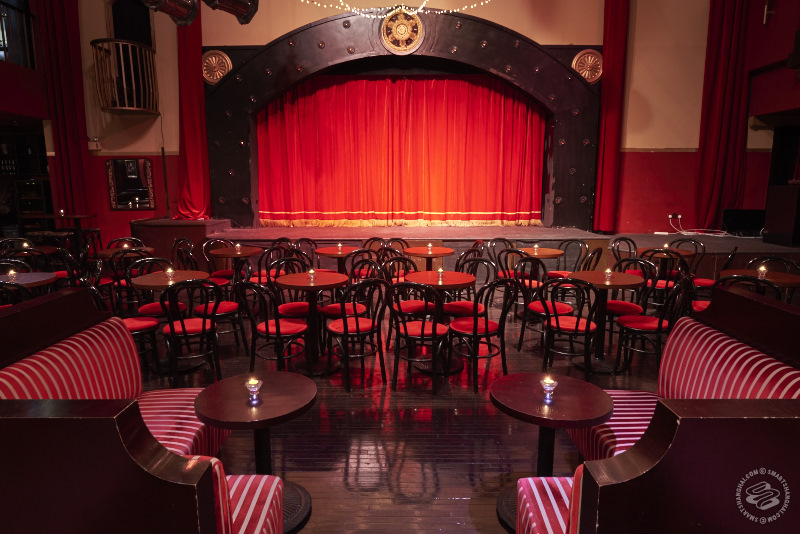 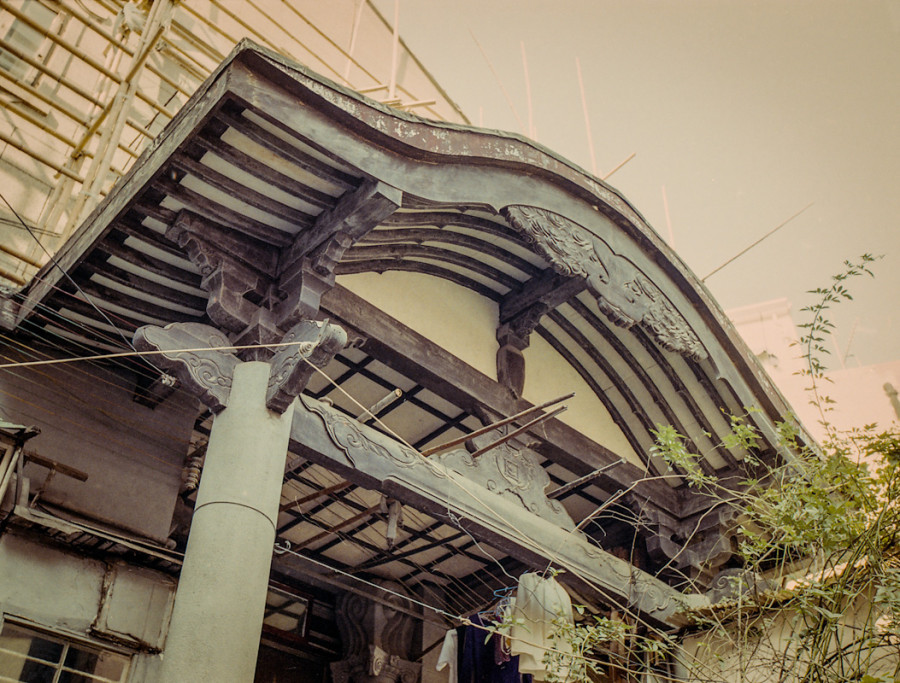 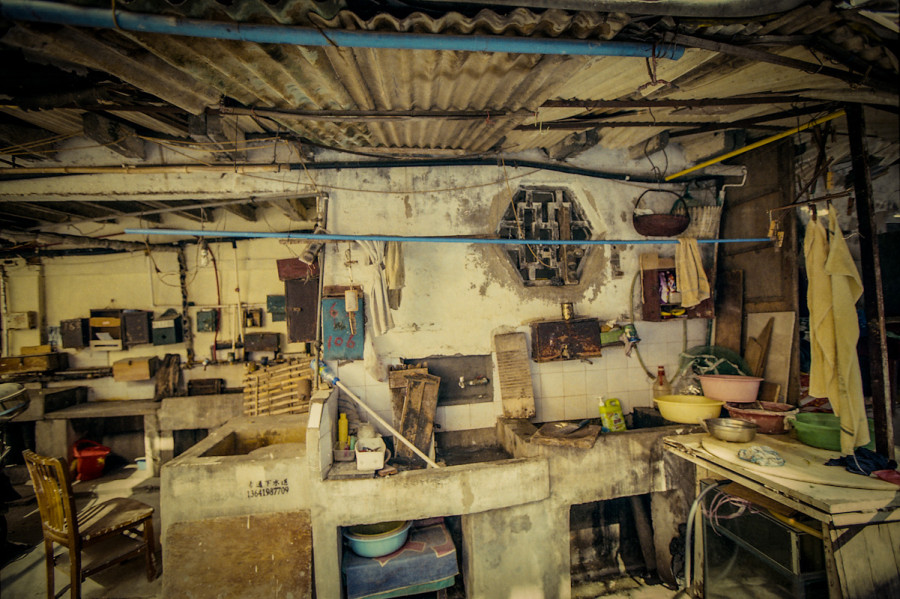