I've only seen low-res and blurry views of the Chinese Public Recreation Ground 公共体育场, near Fangxie Road 方斜路, but yesterday I discovered for myself the detailed photographic coverage of the Anti-Cholera Parade, which took place on June 6, 1931. The photographer shot the beginning of the parade at the Recreation Ground from several high vantage points and then followed the parade to its finish. I uploaded some of these photos to PastVu.

The Public Recreation Ground was created in 1917. In 1927 it was the location of mass rallies in support of the Municipal Provisional Government and workers' unions, which resulted in the tragic Shanghai Massacre. Four years later, the Chinese Public Recreation Ground became the starting point of the 12-mile anti-cholera parade, which went south to north across central Shanghai and ended at Thomas Hanbury School. 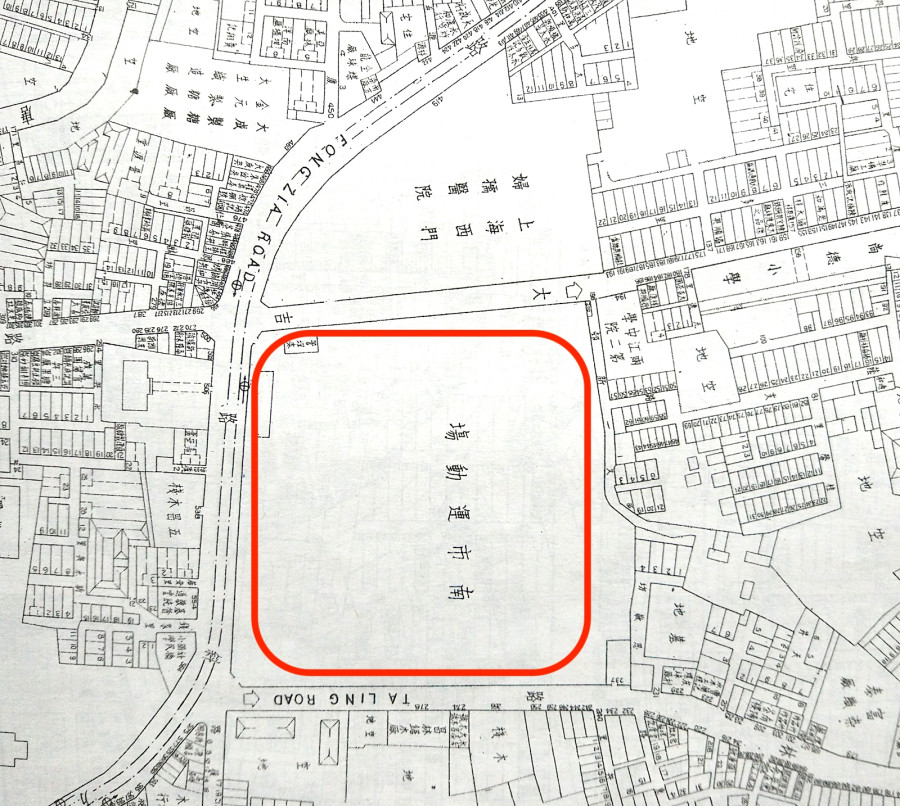 View of the Recreation Ground from the high floor of Shanghai Obstetrician Hospital 上海西门妇孺医院 (where my daughter was born): 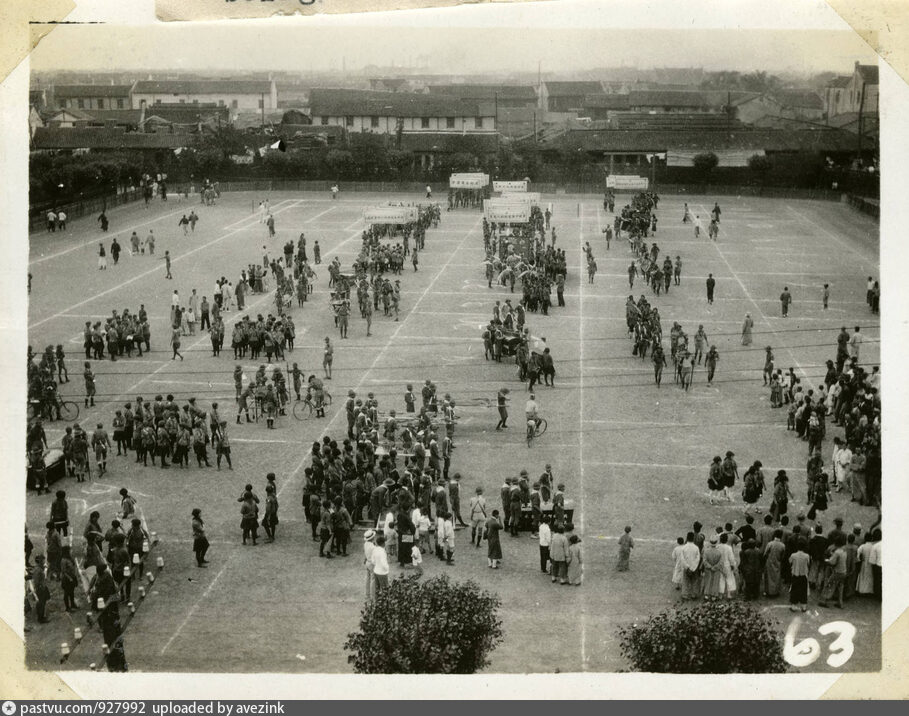 Girl Guides in formation; the hospital is in the background: 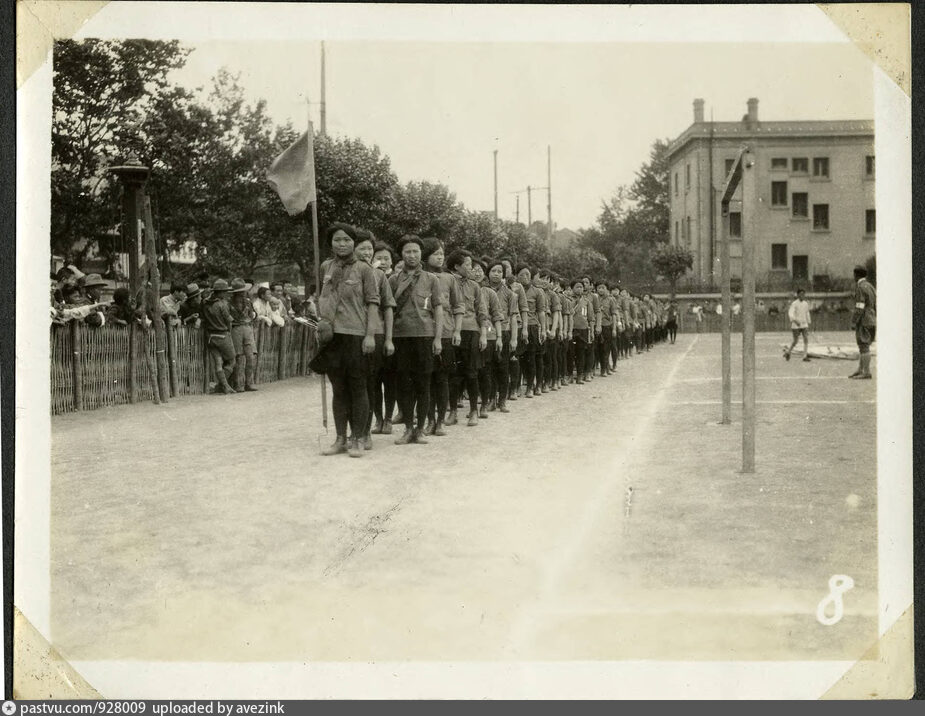 [See the rest of the images...]
Northwestern corner of the Recreation Ground, at the intersection of Fangxie Road and Daji Road 方斜路/大吉路, seen from the Shanghai Obstetrician Hospital 上海西门妇孺医院: 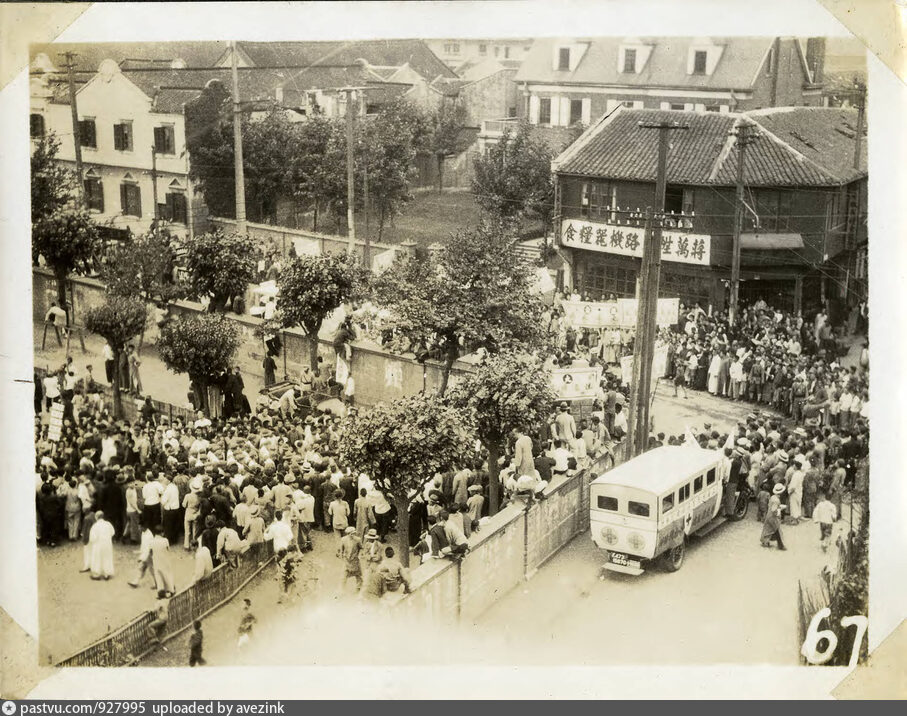 The open window above the white signboard, at 502 Fangxie Road 方斜路502号, became the vantage point for the photograph below.

Parade leaving the assembly point through the gate of the Recreation Ground: 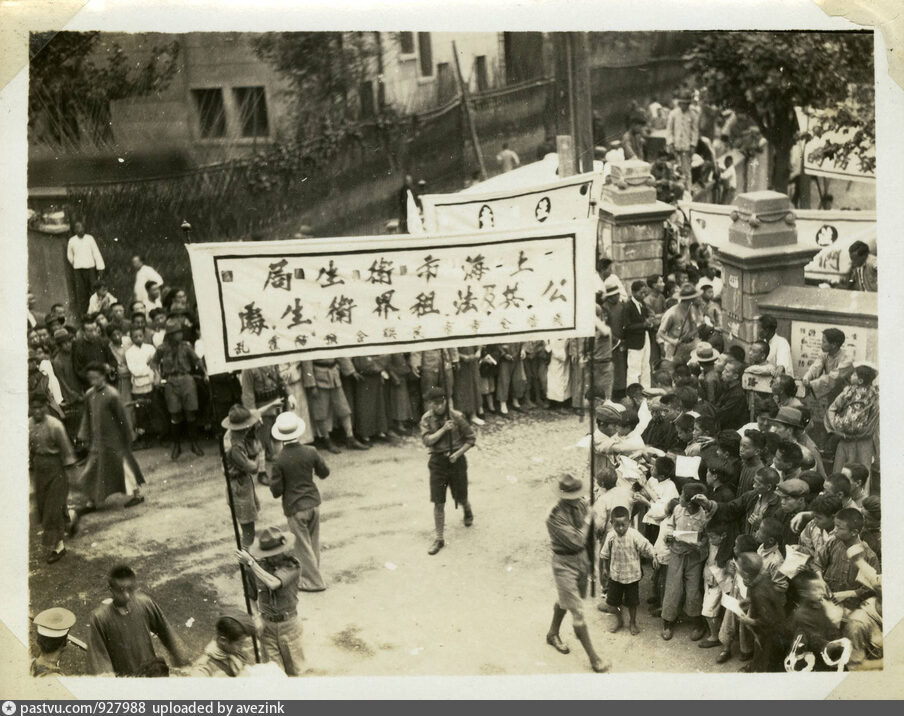 Next, the photographer captured the procession from a high vantage point, which I believe is at the end of the tram tracks loop, where Fangxie Road ends at Lujiabang Road: 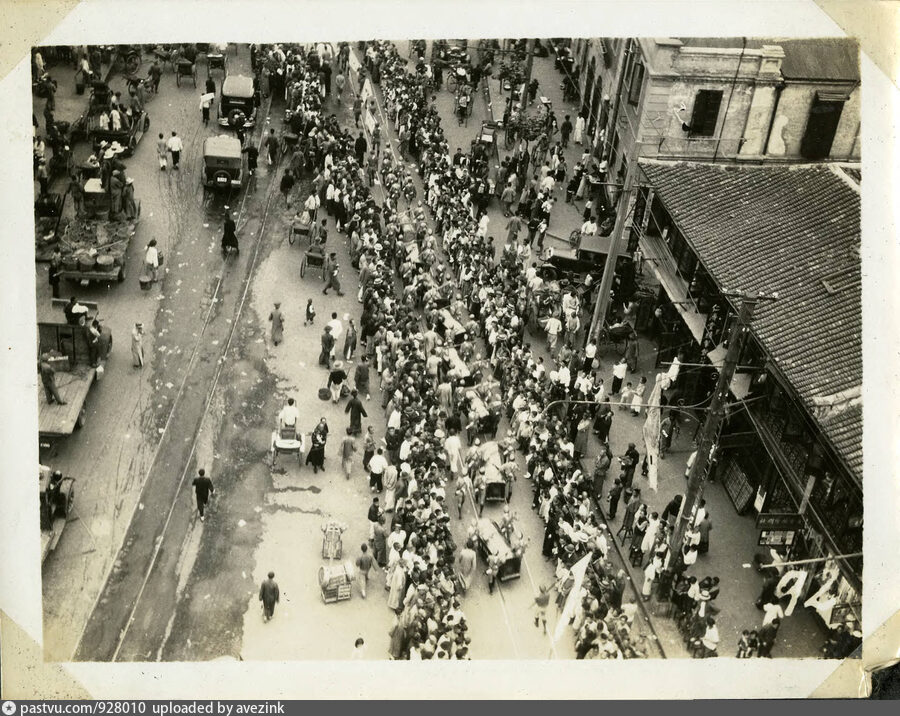 Then the photographer followed the parade along the route, published in the local newspapers the day before: 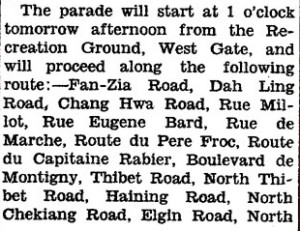 The route of the parade: 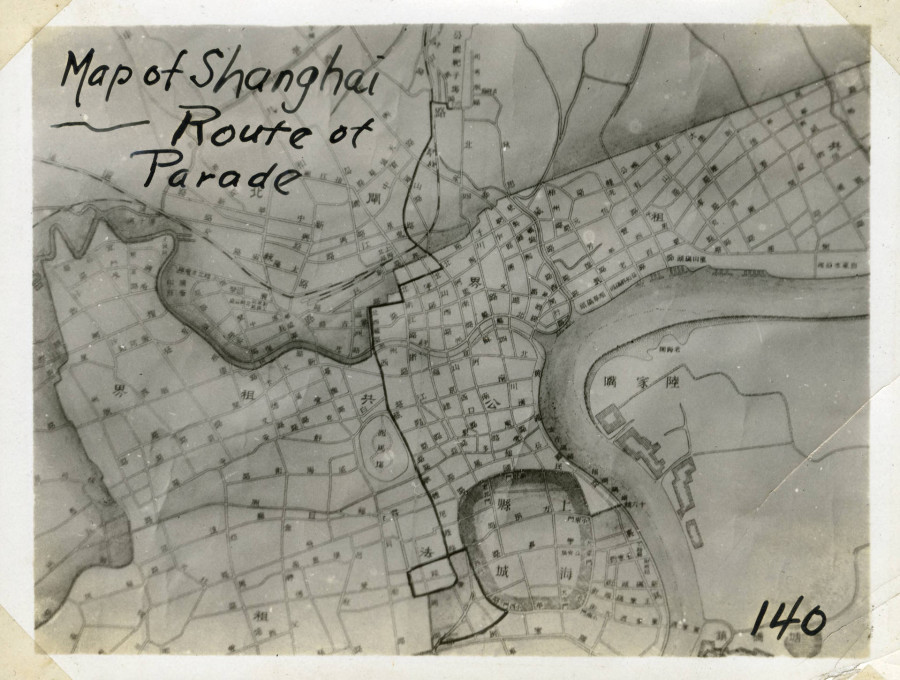 Here is the procession on Tibet Road, with the Great World and the future Chinese YMCA in the distance. Here the procession, coming from the south, had to battle with a lot of traffic: 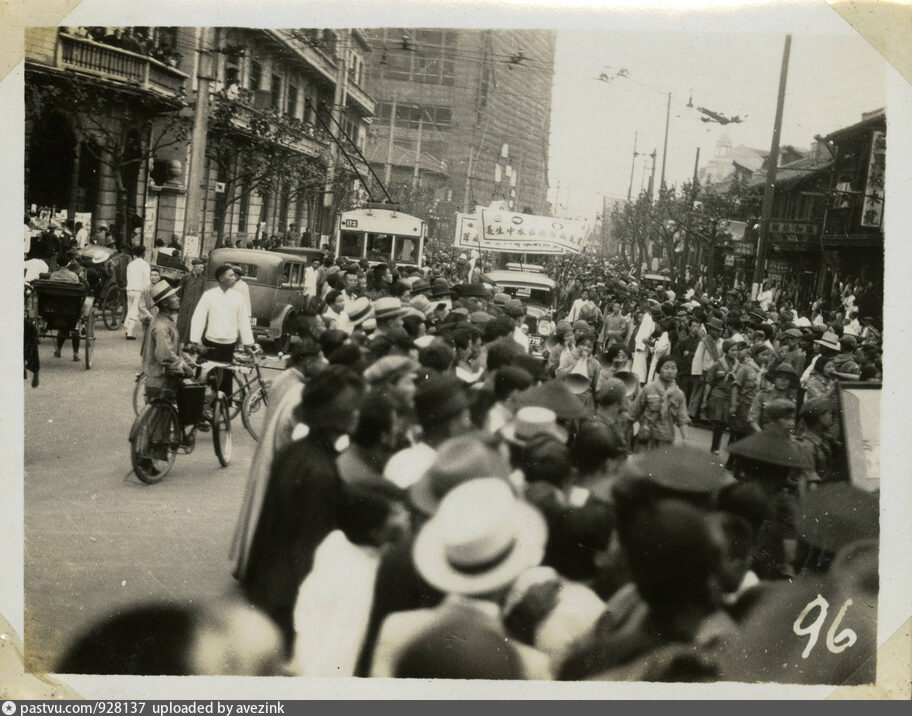 This has to be Tibet Road as well; I am still trying to identify the precise location: 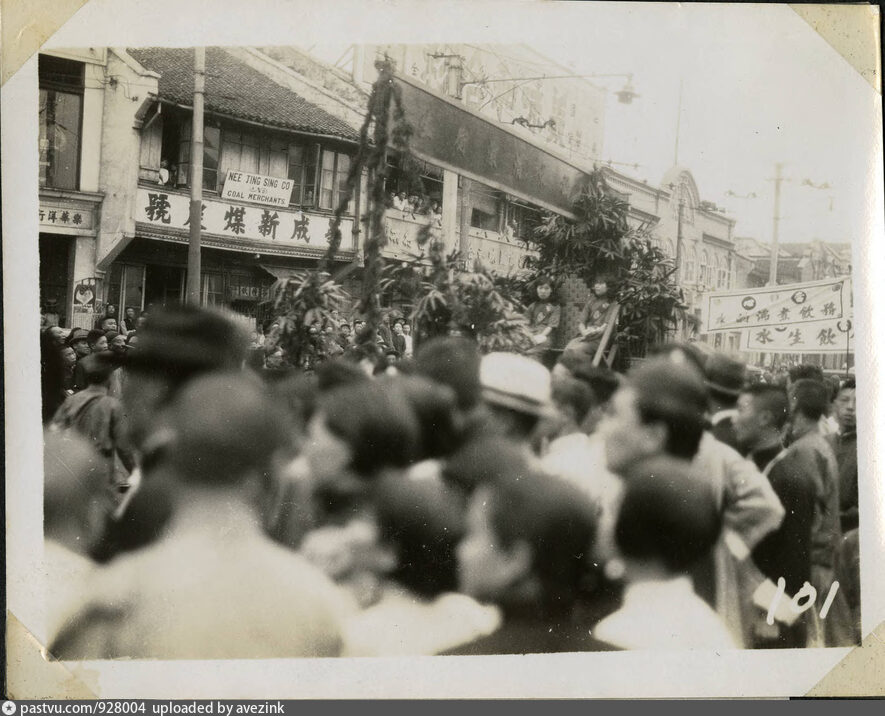 Further north on Tibet Road, with the New World visible in the distance: 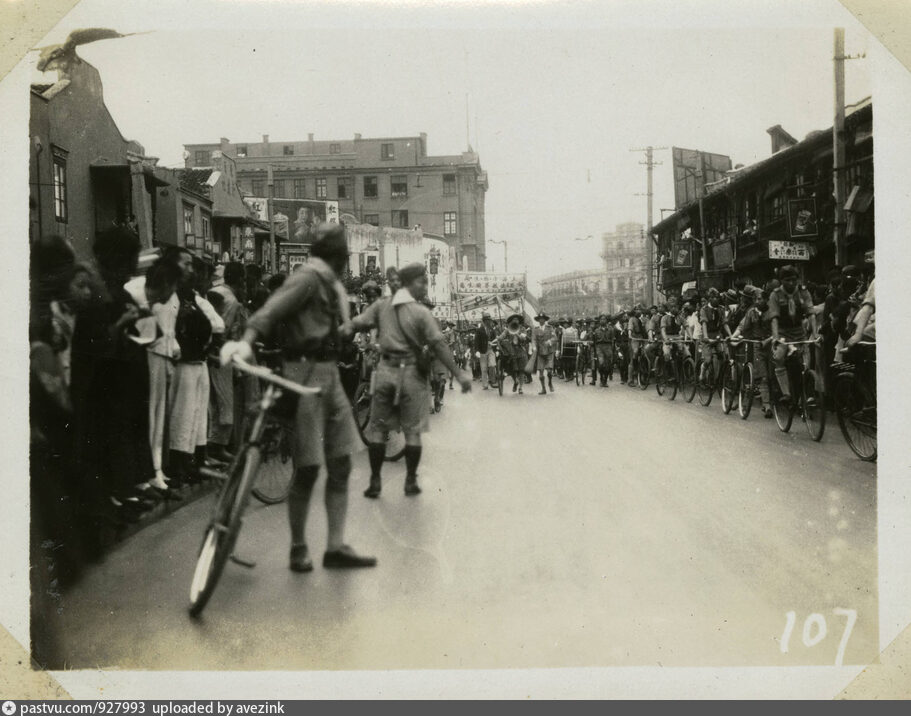 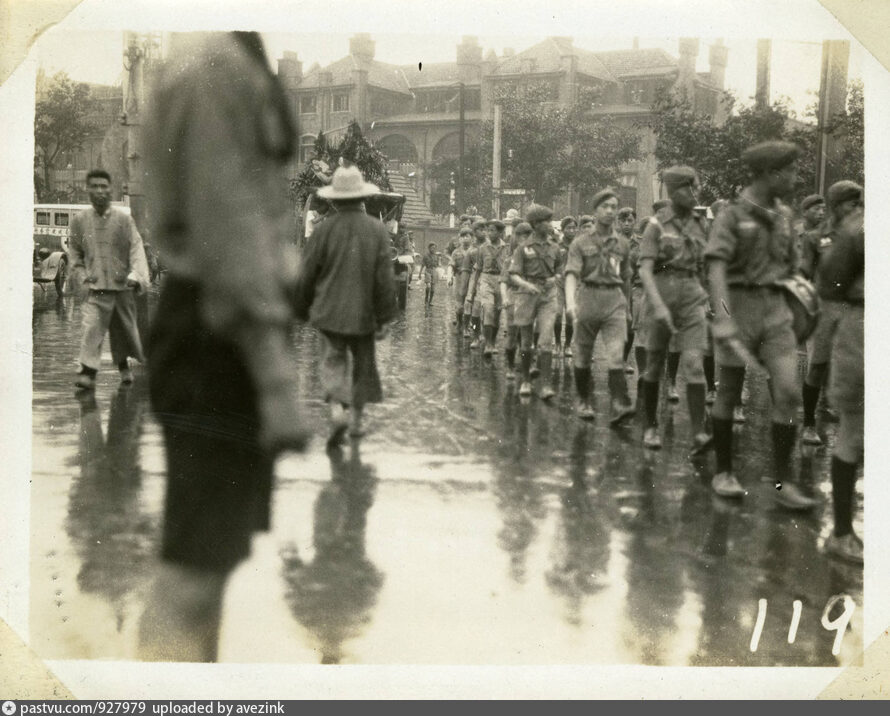 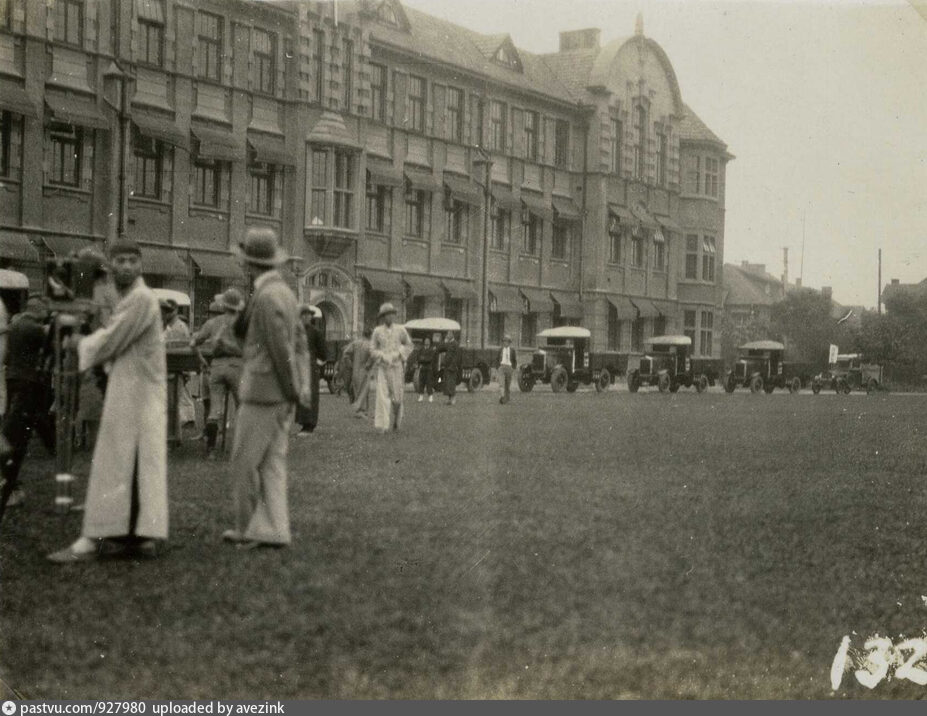