Although the Shanghai Old Town book is finished, there is always room for new discoveries in the old town. Historic Shanghai's Patrick Cranley took this photo of two drumstones marking the entrance of the Bell Nunnery (Duo'an; 铎庵), once considered one of three most important Buddhist nunneries in the walled city. The other two were One Grain Nunnery 一粟庵 nearby and Green Lotus Nunnery 青莲庵 in the north. 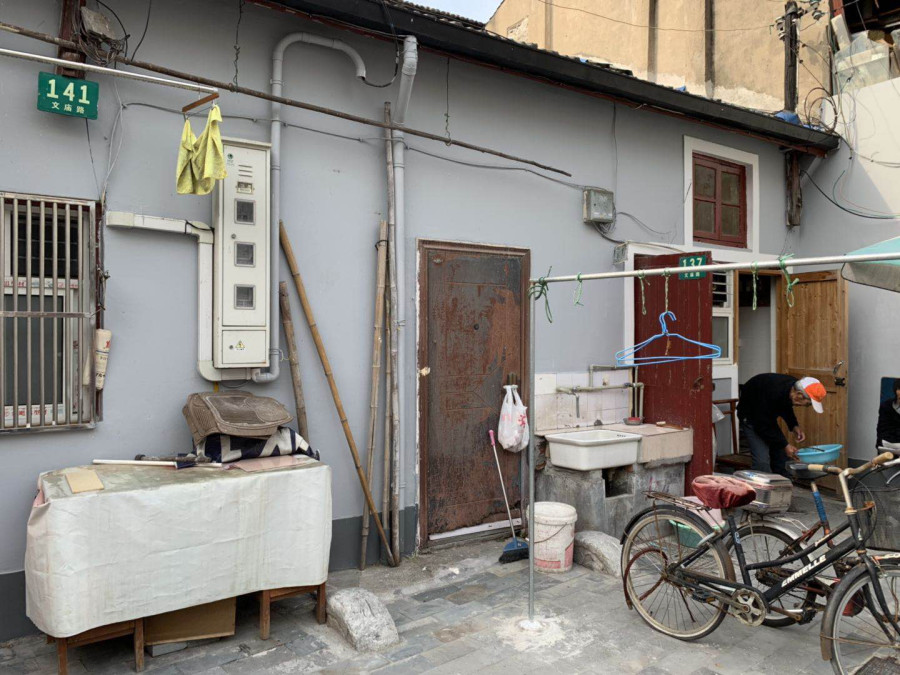 The pair of decorative drumstones barely keeping their "heads" above the ground, framing the entrance to the long-vanished nunnery, which used to be at 139 Wenmiao Road 文庙路139号. Image: Patrick Cranley, Historic Shanghai. 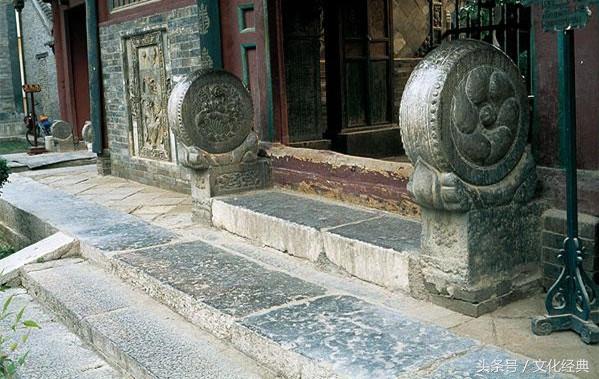 Here is Bell Nunnery on a city map from a 1814 county gazetteer, reproduced in Chinese Miscellany (1850): 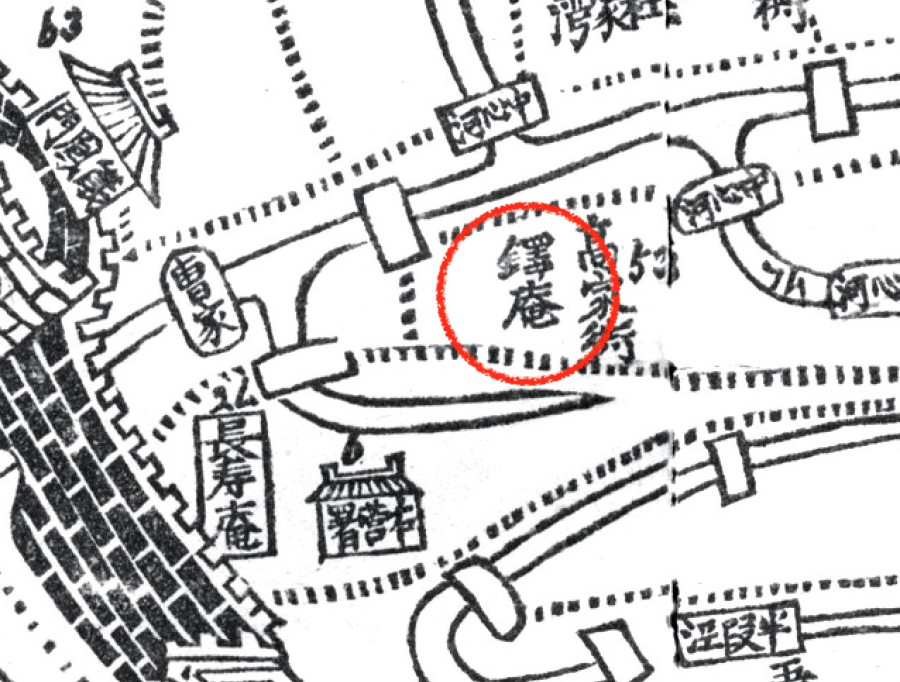 Bell Nunnery emerged in the 1660s, converted from a private scholarly retreat upon the initiative of Cao Chucan 曹垂璨, a powerful local gentleman whose name is still inscribed in the place names around here (Caojia Street 曹家街; Caoshi Lane 曹市弄=曹祠弄). I have more info on him in my book and in this blog post. The name of the Bell Nunnery is said to be a tribute to some rebellious monk, who completed his Buddhist studies but refused to join a monastery, but instead went roaming around. He carried a bell and shook it near the ear of anyone he encountered, evidently to awaken them to the truth. (Thanks go out to

marenzhi for the help with the translation!)

Cao Chuican installed a responsible monk from Jiangxi province to take care of the monastery. The territory behind the bamboo fence was planted with hibiscus and various decorative plants; the halls were well maintained and repeatedly renovated. At that time the area around was not inhabited and resembled a forest. Various renowned Buddhist pilgrims resided at the Bell Nunnery (which makes me suspect this was a male monastery and not a female nunnery, after all). Anyway, the place was considered a scenic spot until the middle of the 19th century.

Then, the Small Swords invasion, in 1853–1855, resulted in the destruction of much of the nunnery and it was never properly restored since then. As Shanghai chronicler Mao Xianglin recorded, "The garden is overgrown and the halls are falling apart; hungry acolytes munch on their rice." After the founding of the Republic in 1912, the remains of the nunnery became part of a branch campus of the Municipal Experimental Primary School. During the Japanese occupation (1937–1945) the school refused to report to the Nanshi puppet government and instead went private. In the 1940s, papers reported the few remaining sacred halls were mostly in ruins, wooden effigies gone, yet local residents continued coming to worship at the site. After several modernizations and expansions of the school, all that is left of the Bell Nunnery is a pair of old drumstones, sunken into the ground, at 139 Wenmiao Road 文庙路137–141号 (其实文庙路139号). 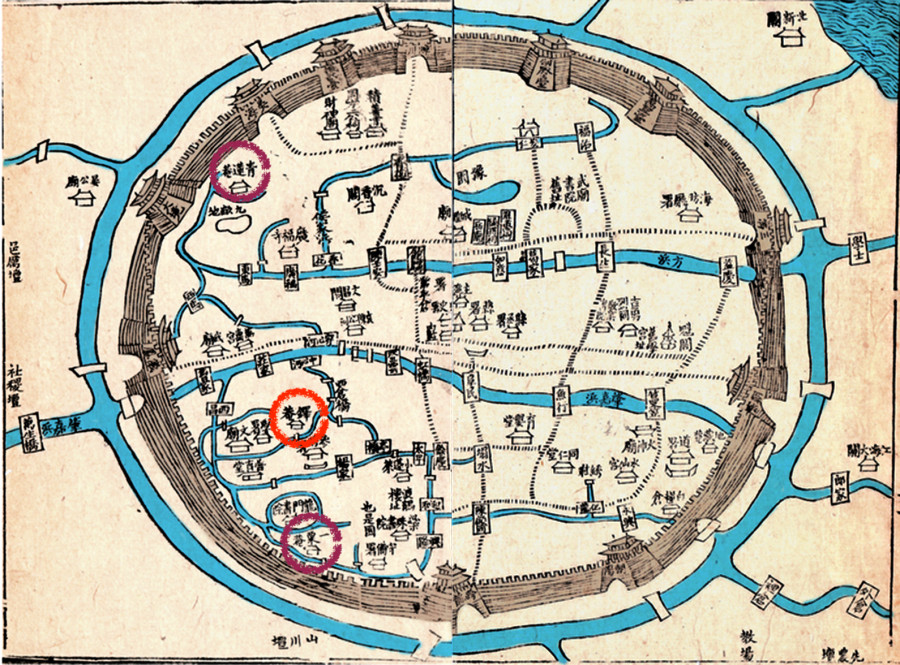 Three famous nunneries of the walled city on the map from the 1860s.