Shanghai Almanac and Commercial Guide for the year 1852 will be republished and made available online. This was the first of its kind, hence the fanfare. Some of the later issues are already online (1856, 1857), but the Small Swords invasion, from September 1853 to February 1855, was such a watershed event for the budding settlements – the leaders of the French Concession could not even get started on any road construction – that it is curious what the year 1852 has to show. A comparable, but earlier, document is the "General Description of Shanghae, extracted from native authorities," published in 1850 and partially based on the county gazetteer from 1814. The almanac, with its listings of foreign businesses, evolved into the "desk hongs." 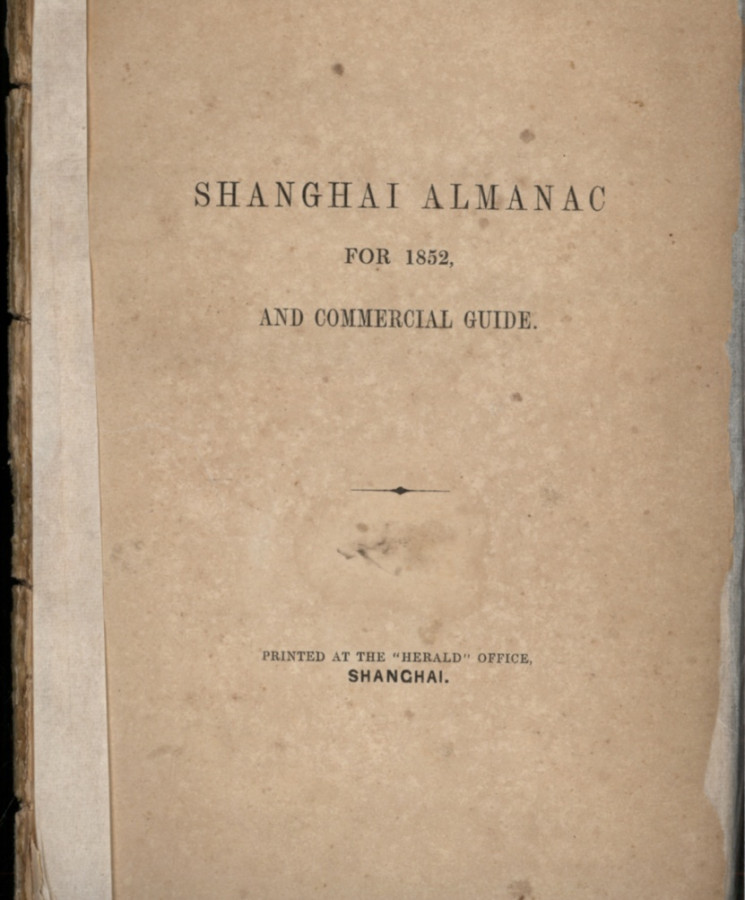 The title page of the 1856 issue uses much more elaborate fonts, and archaically spells Shanghai as Shanghae (although other books from 1846 onward spell it Shanghai): 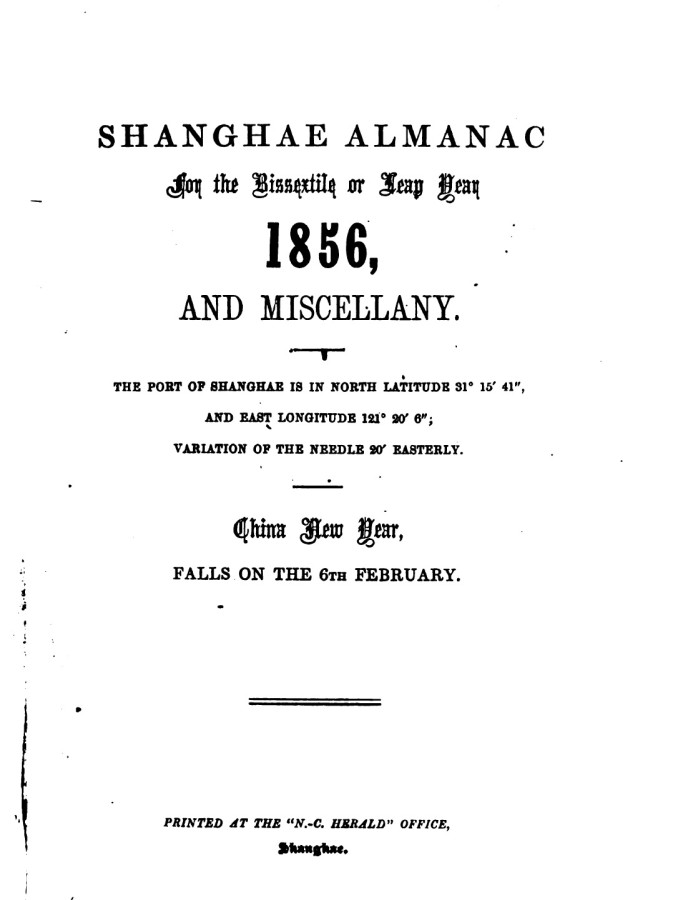 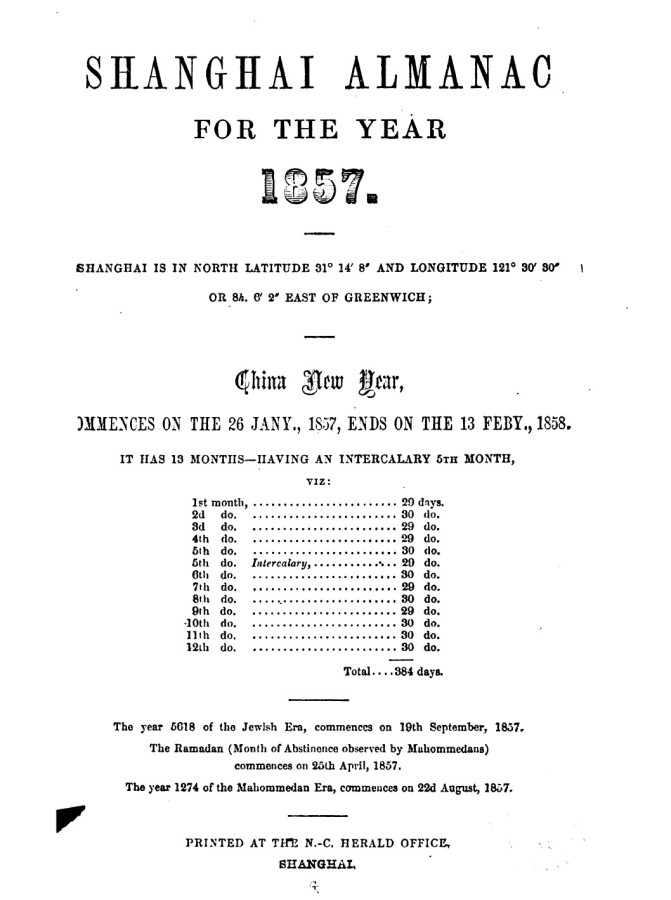