Chinese press has a way of putting everything on its head, manipulating the concepts and using emotionally charged words to misrepresent the reality. This article twice calls the old town a "ghetto," from which its residents are getting "freed" by the redevelopment. But "ghetto" is not the old town. "Ghettoes" are the low-grade apartment buildings on the periphery of Shanghai where the old Shanghainese are being resettled. These poor folks in the old town have their rundown quarters on some really valuable land, but the ones benefitting from the land's price are going to be some foreign financiers, local officials, developers and contractors.

Evidently, this was the plan: to drive local, established, central communities into poverty for decades, doing nothing about their worsening conditions, letting them watch the growing riches of Shanghai, so that in the end they are easily lured out of their places by the promise of a personal toilet – somewhere, anywhere at this point. This destructive technique is called "purposeful slumming"; Jane Jacobs talks about. It is a predatory, criminal behavior on the part of the "People's" government.

Now I'm all the more embarrassed that I talked to the same "journalist" Xu Lingchao and did not raise any objections when made-up phrases appeared in print as my own a couple of weeks ago. I held him to a low standard ("come one, easy on Chinese journalism, you know what it's like") where I should have been critical. 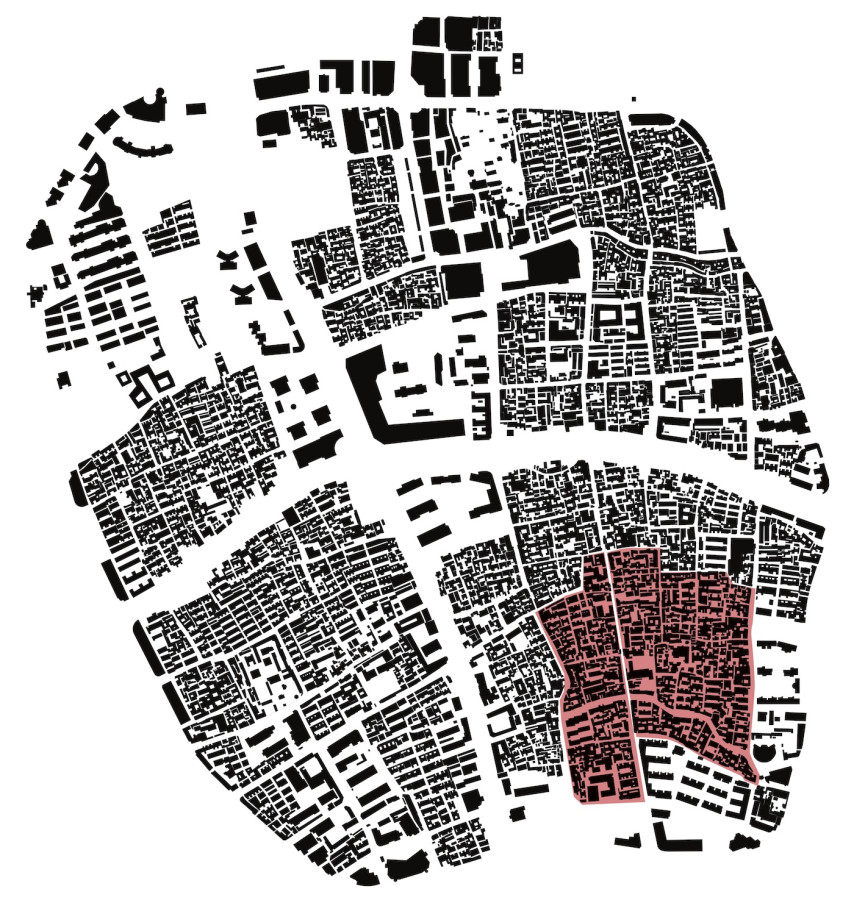 The scope of the upcoming redevelopment will harm the most vibrant and historically valuable part of the old town. Map: avezink.
Collapse