Found these wonderful aerial photographs taken from 1994 to 1998 here. Click any of them to enlarge. Pearl Tower under construction; Lujiazui not redeveloped yet. View toward the Bund and the mouth of Suzhou Creek. View west from Hongkou; Suzhou Creek in the distance. Broadway Mansions (back view) is in the center; Astor House seen in front of it. Not sure what's the covered atrocity on the far right. 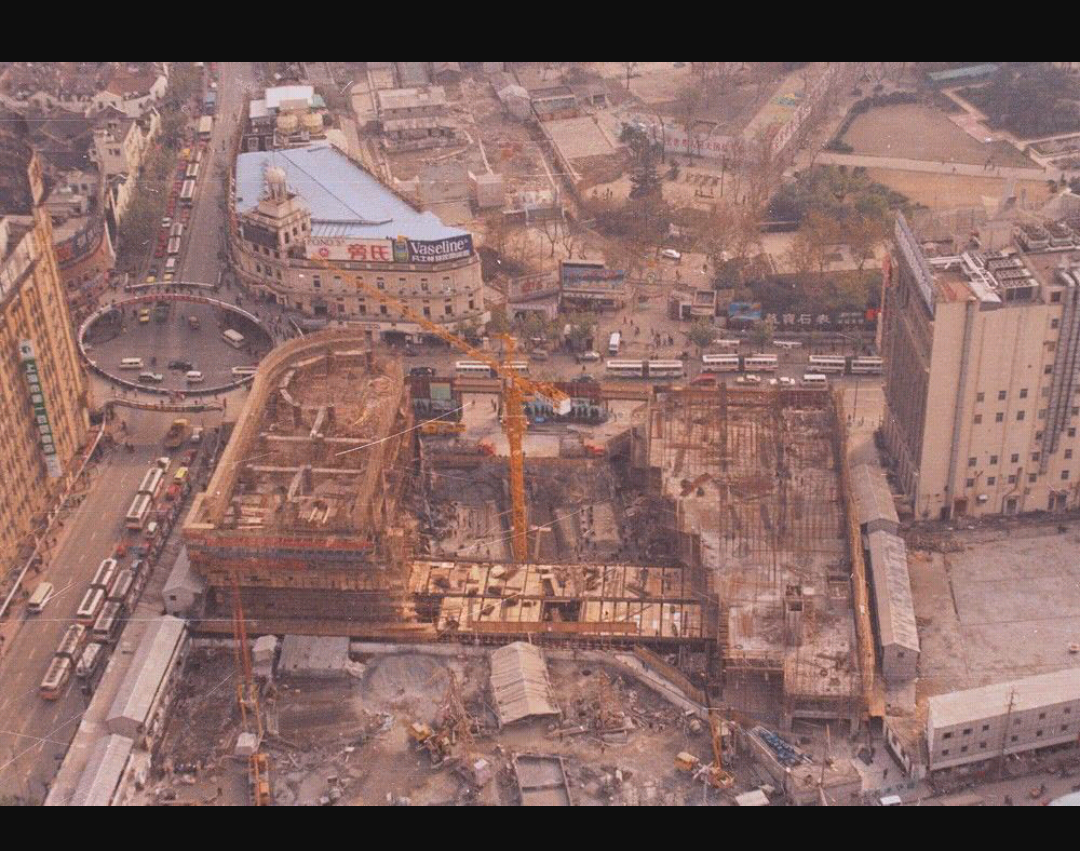 Construction of the new New World on Tibet Road (view from the north); 1994. The second building of the New World, on the corner of the former Racecourse, is still intact. The former Da Sun Department store is seen on the left. The back of the C.U.A. building is on the right. 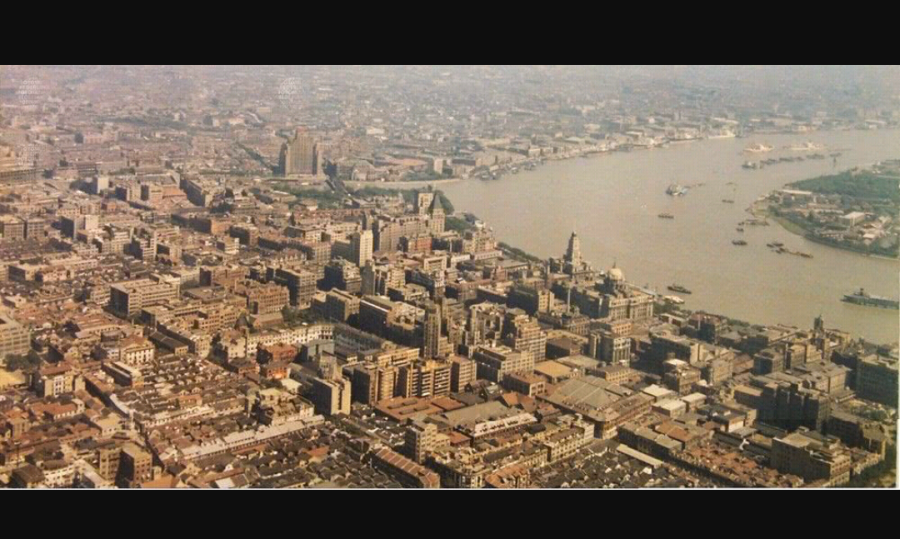 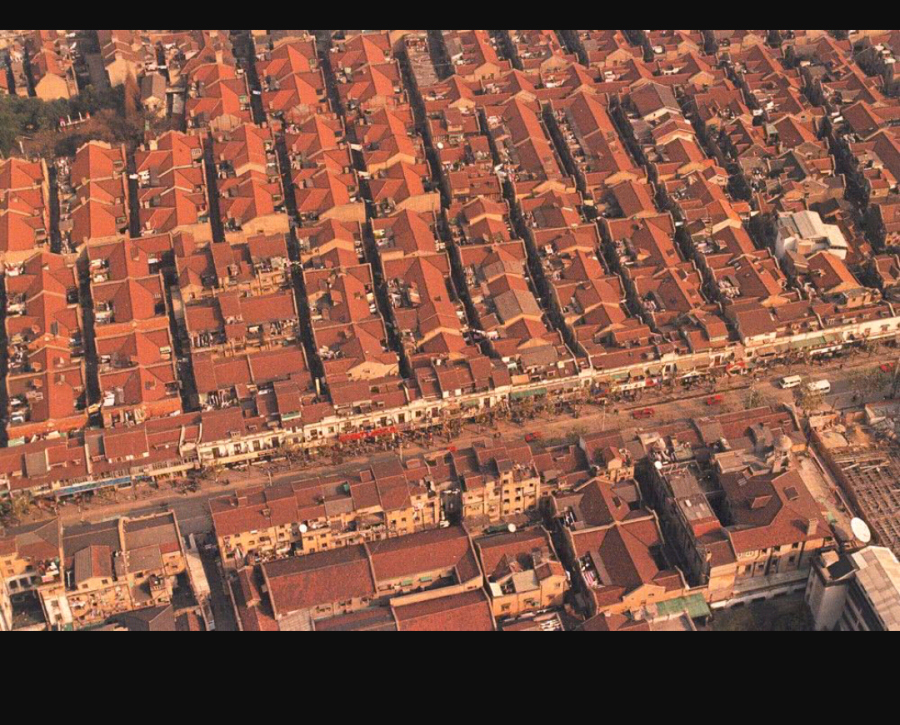 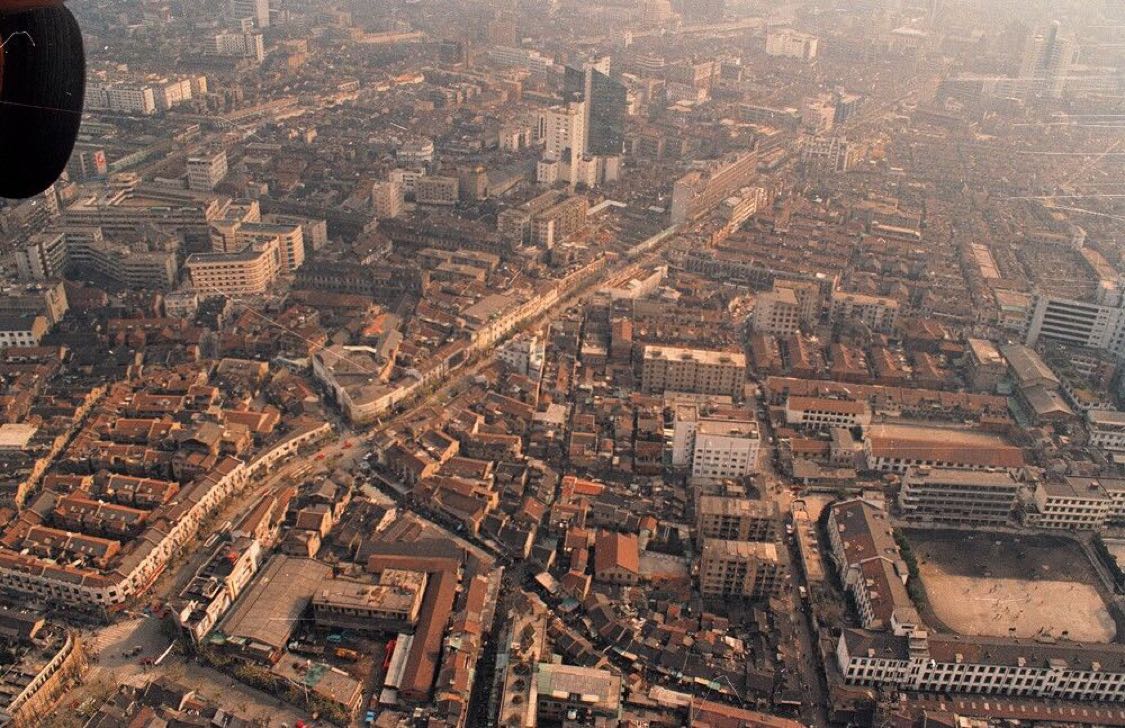 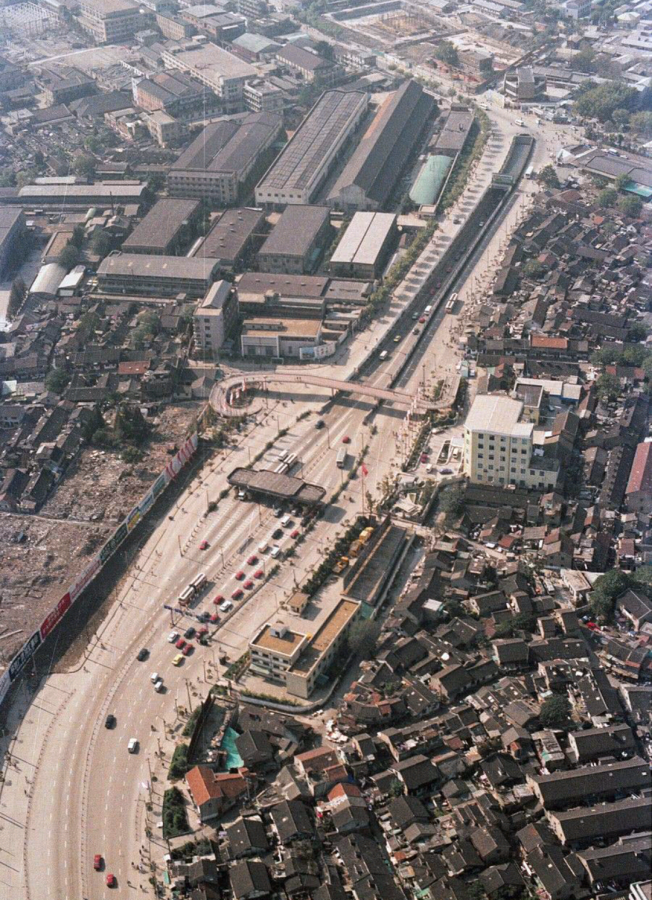 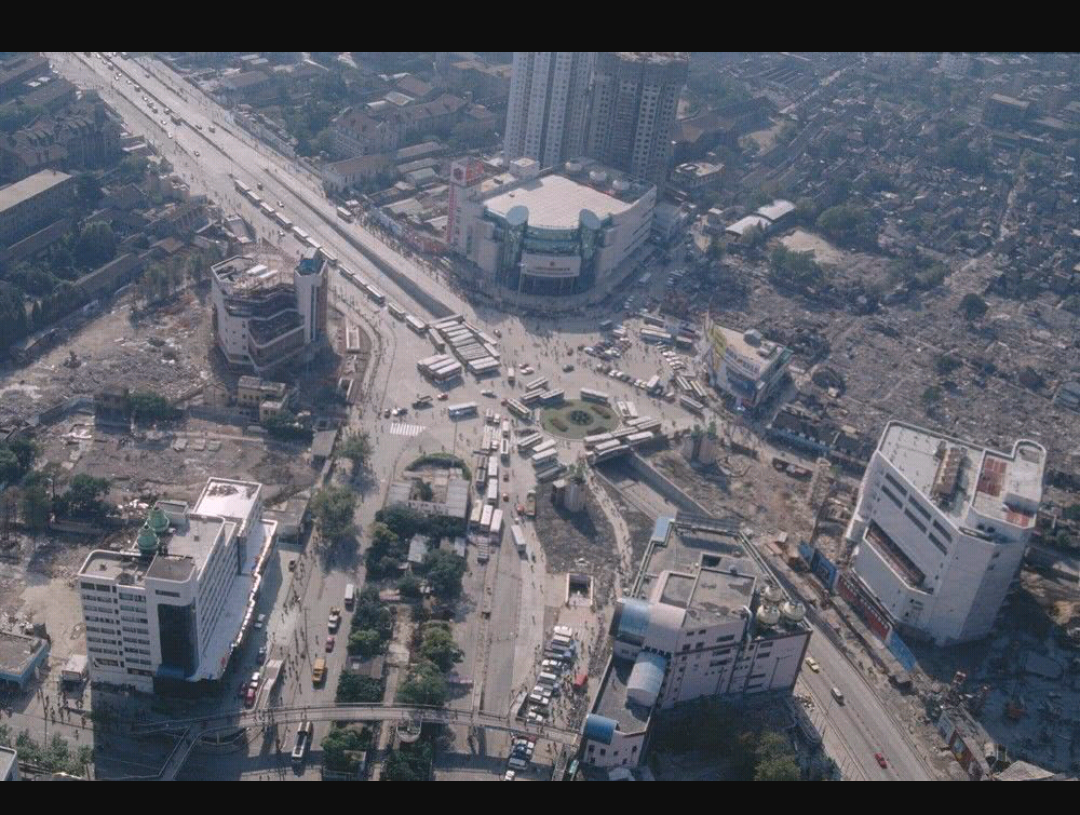 Xujiahui, view from the east; Zhaojiabang Road at the bottom; North Caoxi Road going toward the upper left corner; Hongqiao Road toward the upper right corner. Clockwise from the top: Orient Shopping Center (center top) is already built, Grand Gateway – nowhere near being started; Pacific and Shanghai Liubai are there already; Metro City is nowhere yet. Look at these old neighborhoods along Hongqiao Road – so close to the future Grand Gateway! 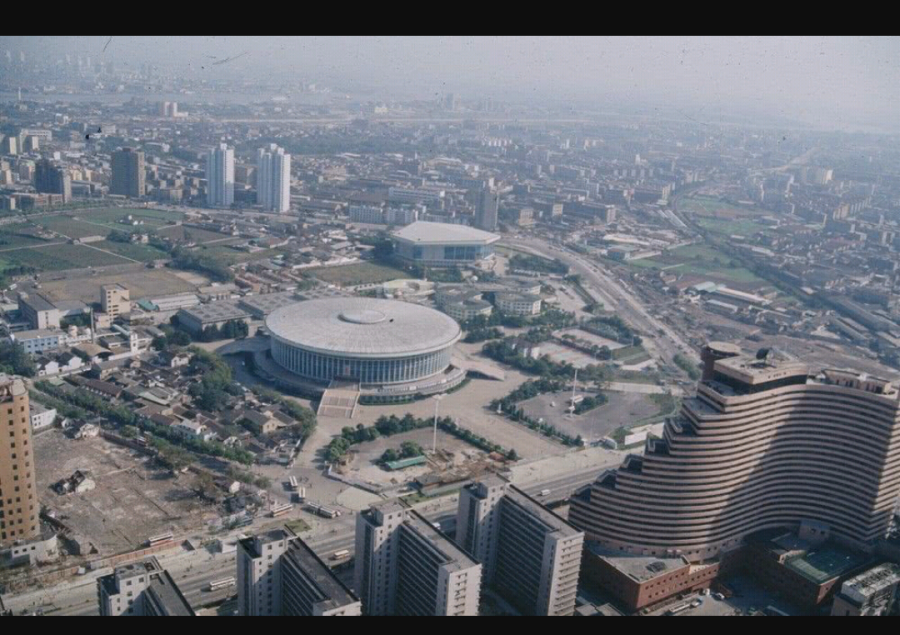 South of Xujiahui, view toward southeast. This is Shanghai Stadium; North Caoxi Road crawls along the lower edge of the shot, past the famous 1970s housing projects and the Huating Hotel. View from the north (I think?). Ring road is being built; the bends of Suzhou Creek are seen in the distance. 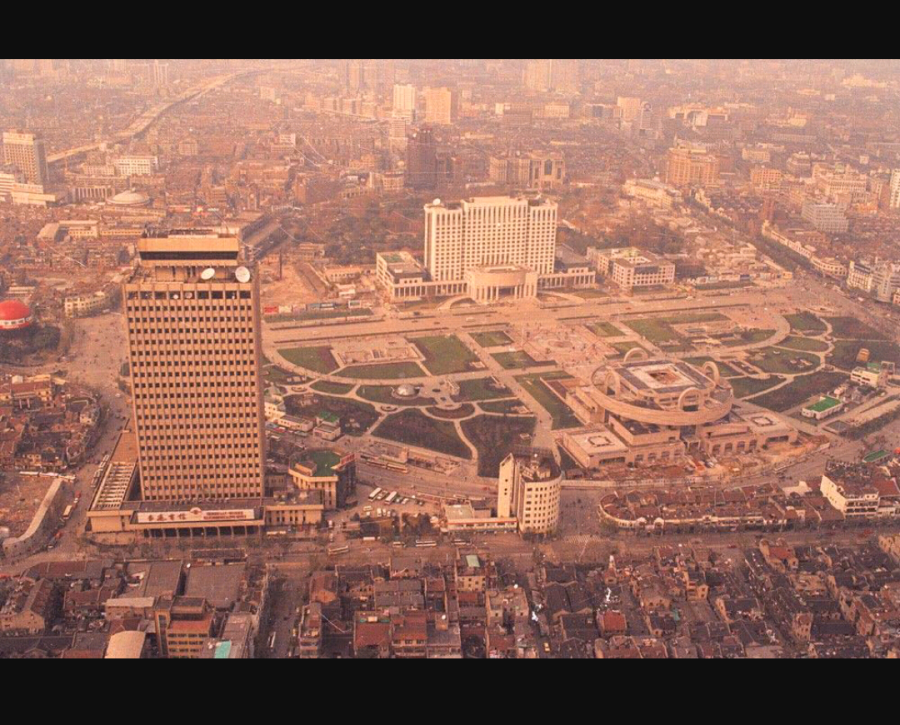 People's Square seen from the south. Renmin Dadao in the center; Shanghai Museum (built in 1996) is already in its place, but the Grand Theatre is not. At the bottom of the frame are those old blocks that I mentioned in the previous post. 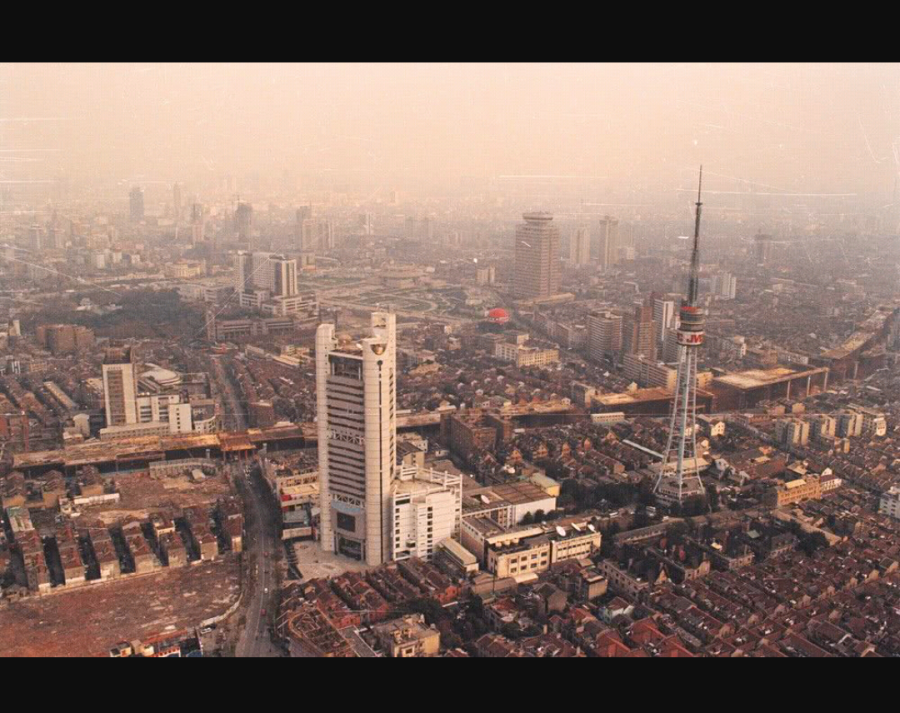 West Nanjing Road seen from the west, view toward the People's Square. The elevated highway (North Chengdu Road) is being built; Shanghai TV Station and the TV Tower are rising in front of it. Part of the Dazhongli block is seen in the lower right corner, later destroyed by the same group that build the Four Seasons. 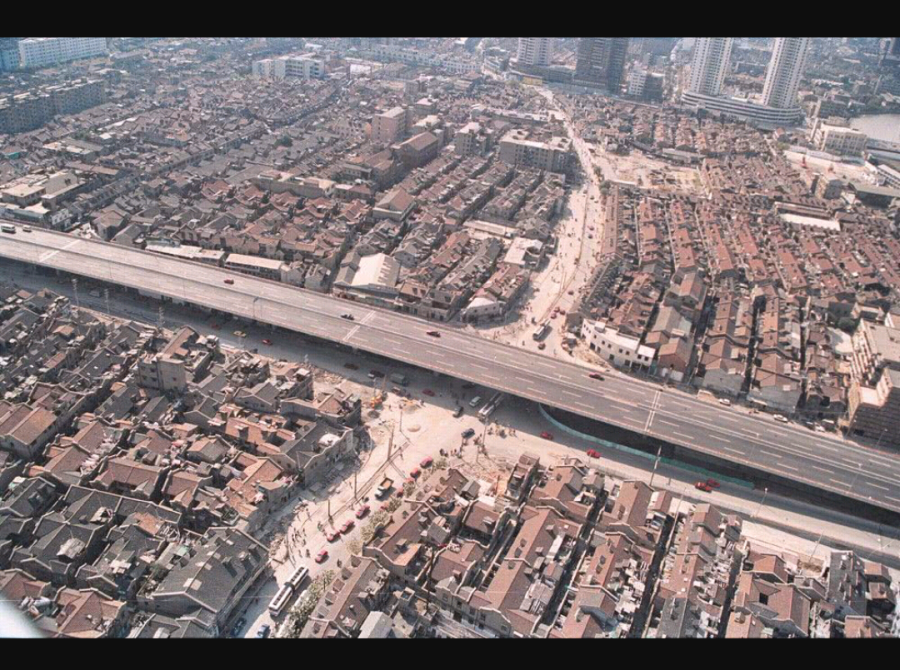 Another angle on the elevated Chengdu Road, as it cuts through the neighborhood north of People's Square.