The English version is adapted from the weekly architecture series in Russian in Magazeta. 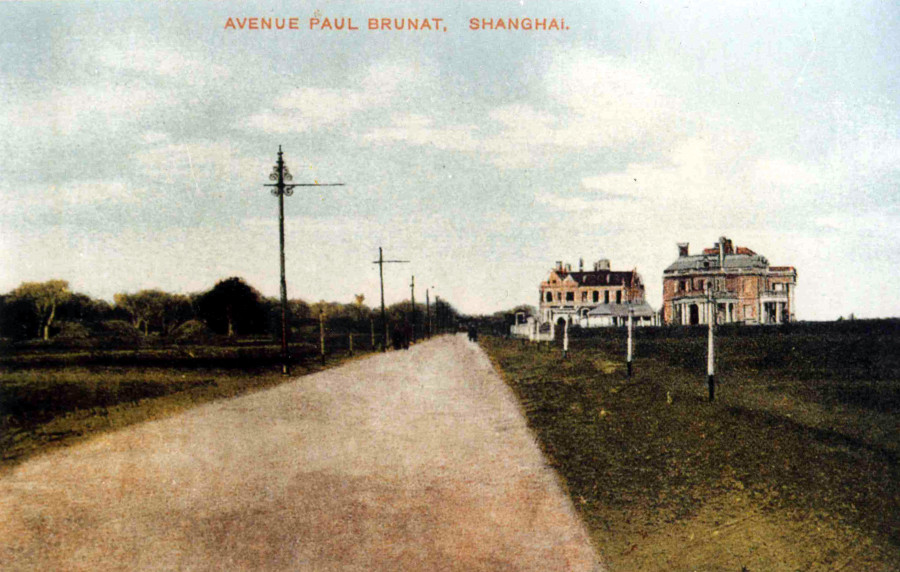 Avenue Paul Brunat in 1915. These buildings could be Ezra's Adeodata Hall and the adjoining villa on the property. Image: Virtual Shanghai.

The area between South Shaanxi Road and Changshu Road, now considered central Shanghai, was not even an urban zone back in the first decade of the 20th century. The unpaved Avenue Paul Brunat, future Avenue Joffre, ran through the countryside, occasionally passing some fenced-off private estates, one of which survives to this day. 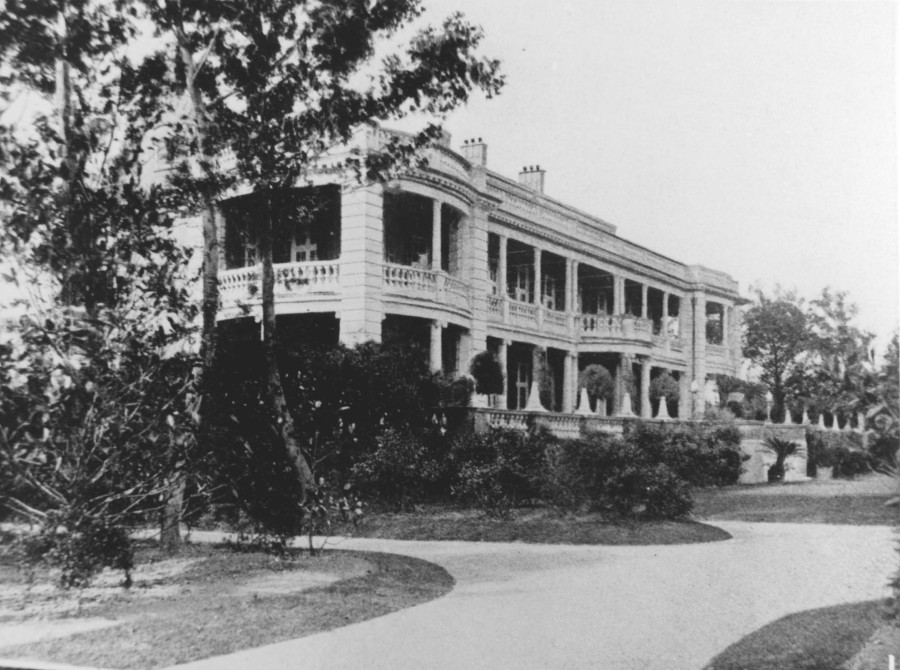 Edward Ezra's residence was built in 1912, before the magnate turned thirty. The name of the estate – Adeodata Hall – meant "god-given" in Latin. The palatial mansion "had Louis XV furniture throughout, a ballroom for 150 dancers, a music room to seat an audience of 80 in comfort, and elegantly designed French windows giving out on to 25 acres of garden." (Austin Coates, China Races (1983)) In the garden, Mrs. Ezra grew orchids, begonias, poinsettias and sweet peas. 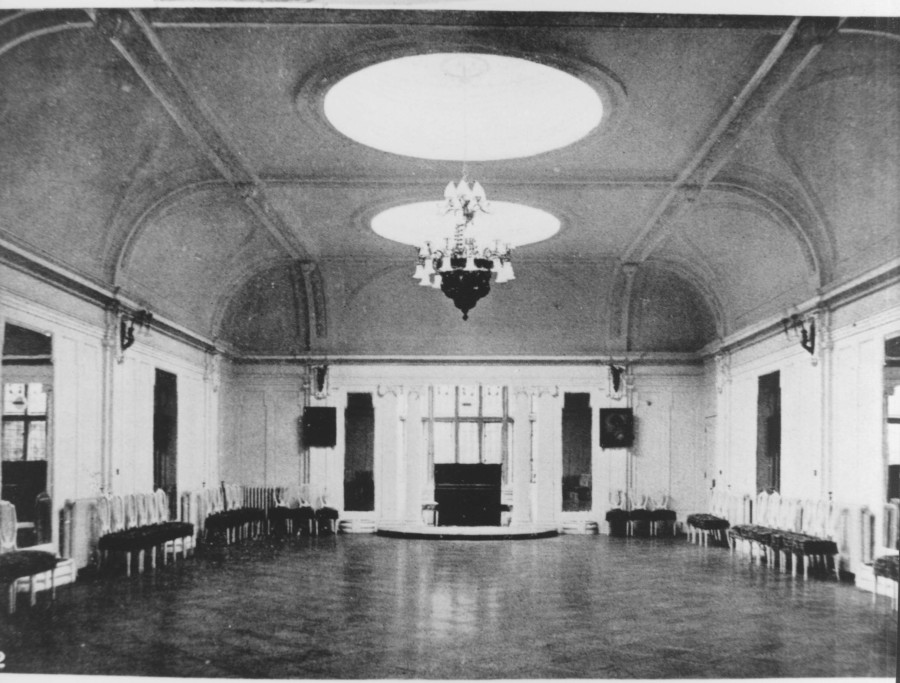 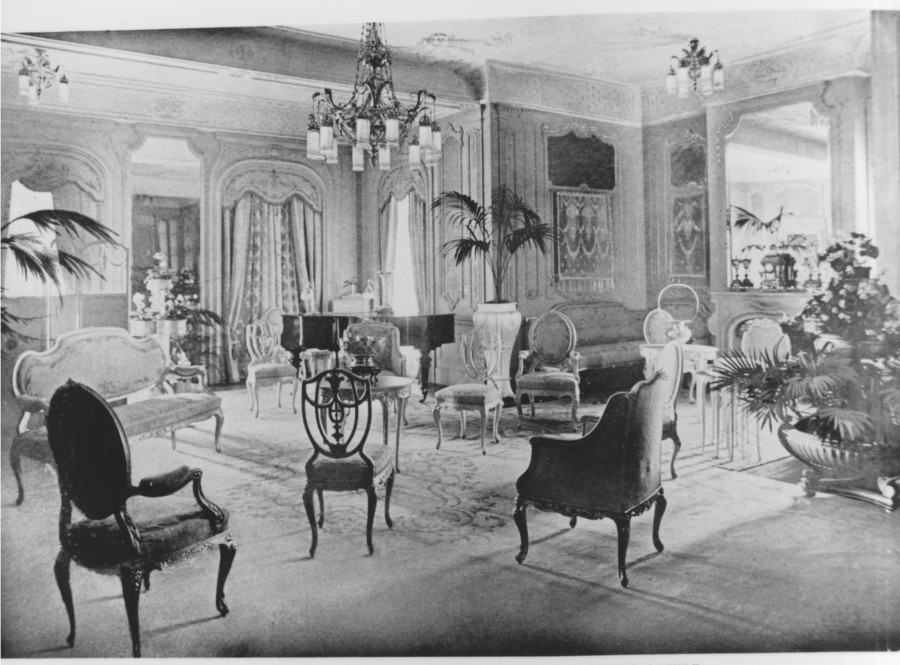 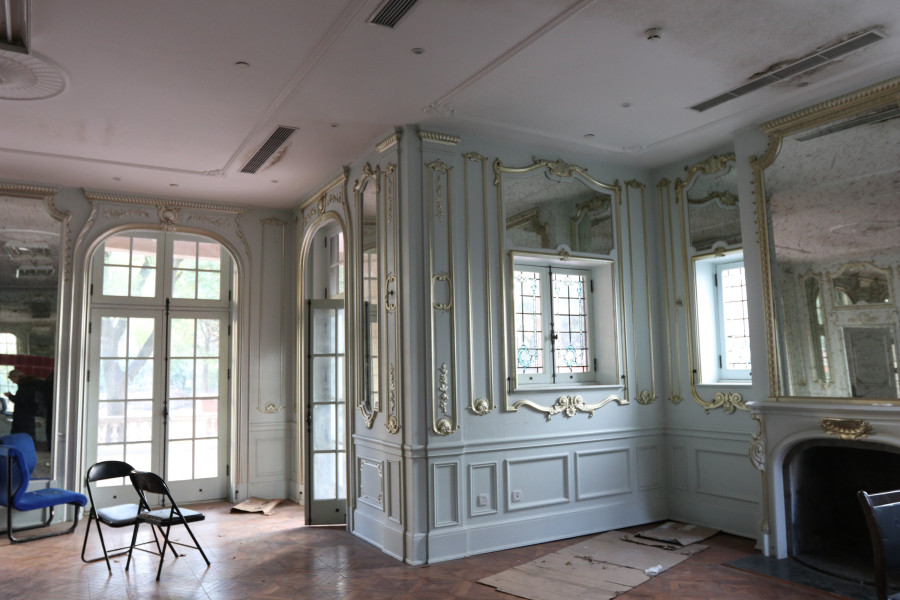 Inside the residence there was a significant collection of enamel ware and antiques, exhibited to the public during rare public events such as the meetings of the American Women's Club. On such days, visitors were taken through the house "to see the Chinese porcelains, green and white jade carvings, [...] modern transparent Japanese enamels with floral designs, [...] very beautiful and very old enamel jars, copper-coloured and blue, of great value." (NCDN, 29 Jan 1921) 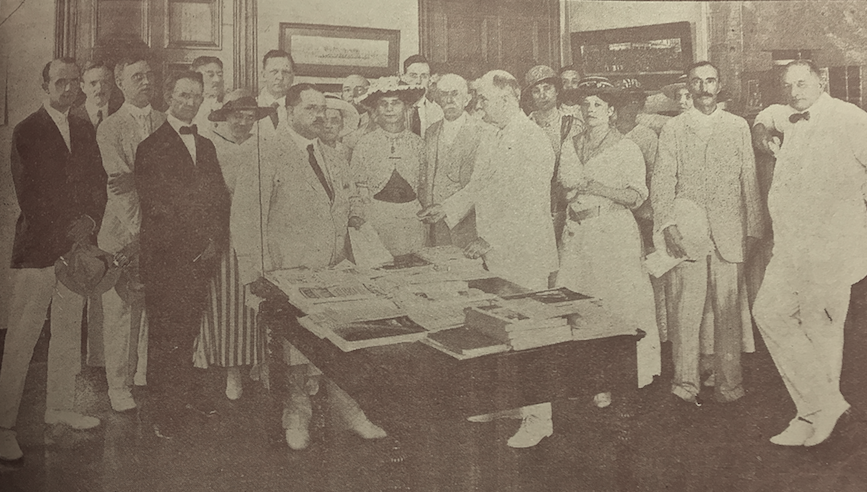 Edward Isaac Ezra, born in 1882, was the largest landowner in Shanghai in the 1910s; his empire anticipated the real estate empire of Victor Sassoon. He owned most of the land north of Suzhou Creek, and resold it to various developers when the prices rose. Ezra owned the hotel chain that included the famous Astor House. Like other Baghdadi Jewish clans in Shanghai, Ezra's wealth was rooted in opium. Ezra was the chairman of Shanghai Opium Combine in charge of importation, unloading and distribution of the drug in Shanghai. In 1918, the activities of the Combine attracted the wrath of the government in Beijing. After a series of demonstrative acts of destruction of the goods, the control of this lucrative business fell into the hands of the Chinese Green Gang. 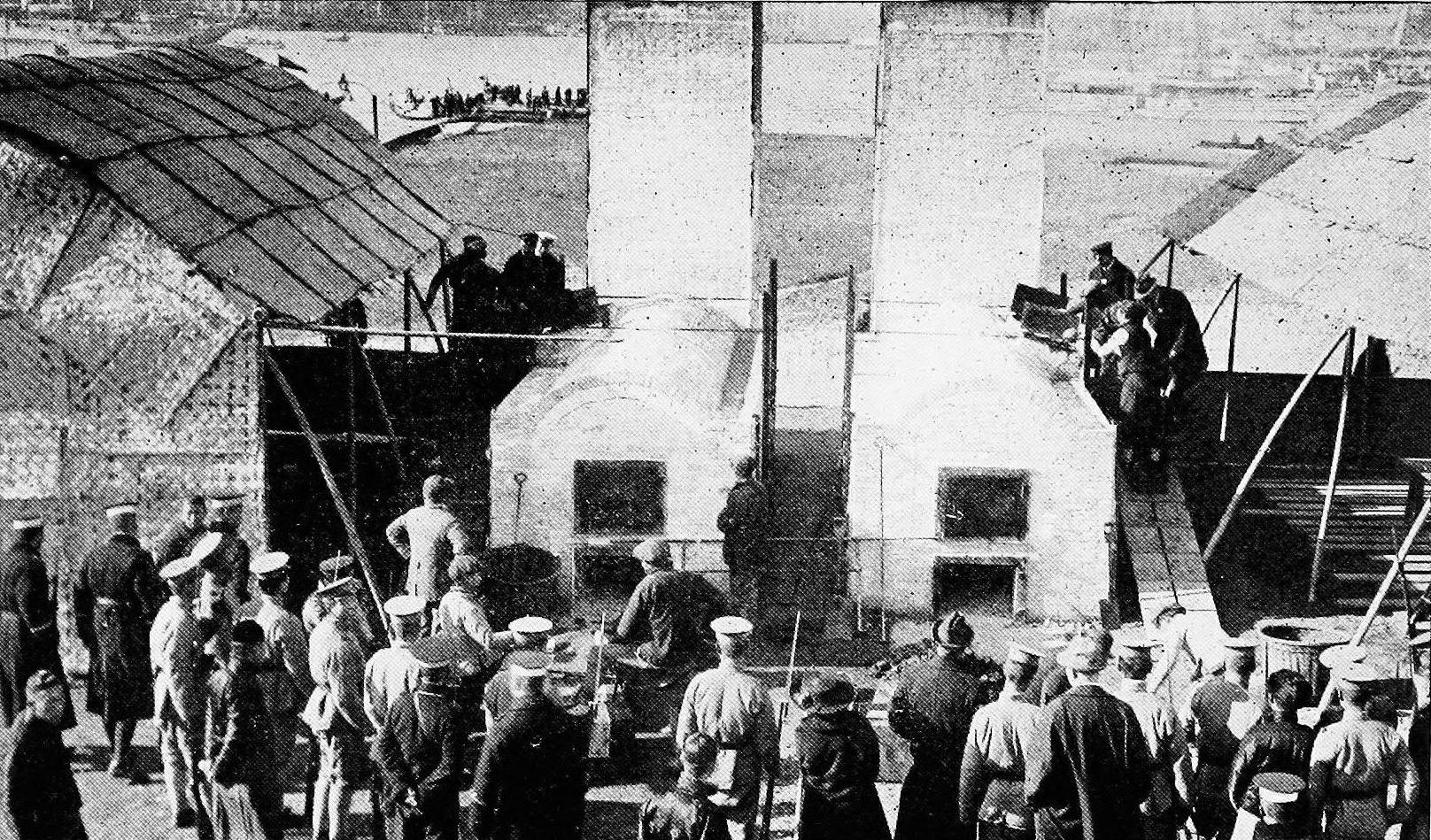 Burning 2 million dollars worth of opium in 1919. Image: New Life Currents in China.

Ezra avoided trouble by sending his Chinese partners to jail. He immersed himself in real estate, which was even more lucrative than opium. The price of Shanghai land grew 13 times in the first thirty years of the twentieth century. The newspaper Shenbao once remarked that Shanghai's largest fortunes were inevitably grounded in tu 土, which can mean both "land" and "opium." (Chiara Betta, Marginal Westerners in Shanghai) Unfortunately for Edward Ezra, his empire did not last long. The 39-year-old oligarch had a stroke while working in his office, and died in a charity hospital, completely alone. His brothers transferred much of the fortune to the United States where they aligned themselves with the Italian mafia in New York and soon came to a bad end. 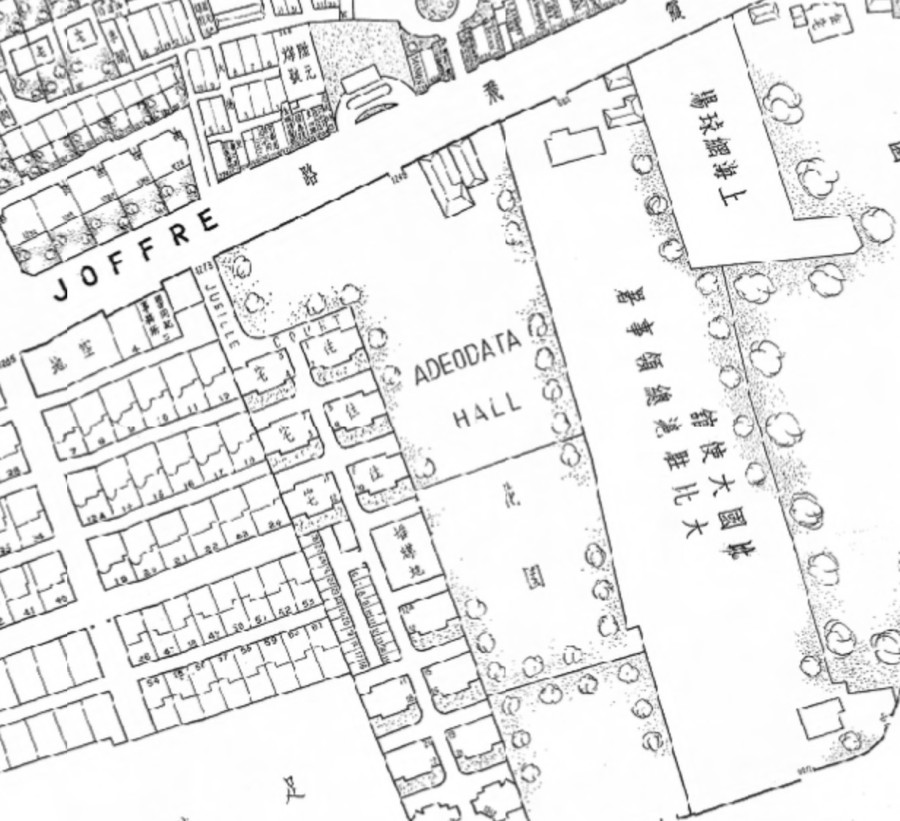 Ezra's sister, his wife and their two sons continued to live in the Adeodata Hall. The sons Denzil and Cecil attempted to continue the real estate business, but failed to maintain the same level. The splendid Central Arcade, opened in 1929 on Nanking Road, did not stay in the clan's hands for long and was acquired by Chinese investors. Only Cecilia Ezra, the niece of the tycoon, could be said to have attained professional success, having become the first woman-architect in Shanghai and joining the Minutti & Co. firm in 1934. 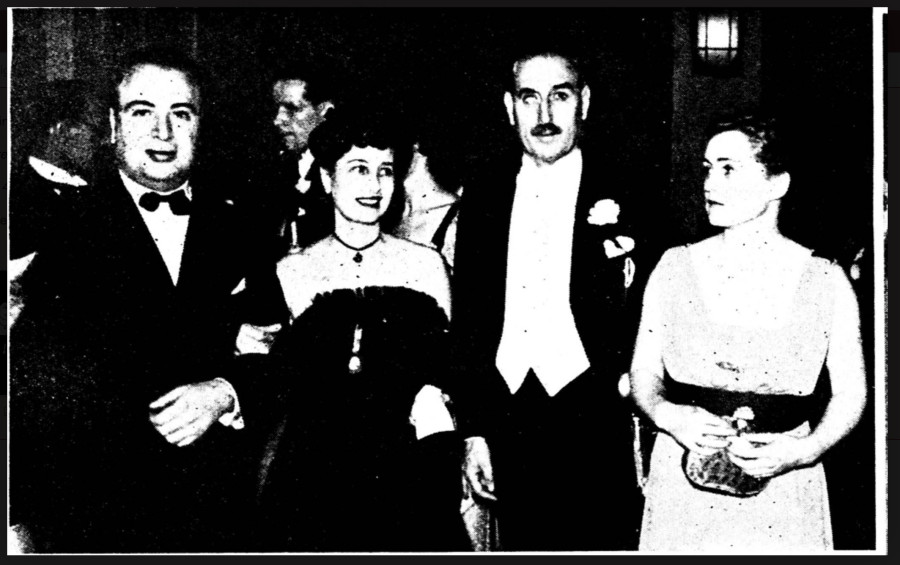 In 1928, disaster struck the Adeodata Hall: a fire broke out in the boiler room. The French Volunteer Fire Brigade had to soak the building for several hours to extinguish the flames. The newspaper report of the event painted a grim picture: "The greatest damage to the beautiful house was caused by water. Although inmates and servants removed the greater portion of the furniture to the verandah, water dripped and seeped through the floors above, and in the billiard room it was several inches deep on the floor. In many rooms water ran over the hand-painted walls. On the first floor, the contents of some of the rooms were damaged beyond repair. Carpets which cannot be replaced, are sodden messes now. Varnishes and paints were ruined. Many of Mrs. Ezra's furs are soaked and spoiled. Clothing belonging to others is no longer usable." (NCDN, 24 March 1928)

The remainder of the twentieth century was not kind to Ezra's residence. In the Communist era it was the headquarters of the People's Armed Police, then part of the Redleaf private maternity hospital and now it is controlled by the Shanghai Music Conservatory. I was lucky to get into the deserted building in January 2019. Some of the photos are below, and the rest of them are in this Facebook album. 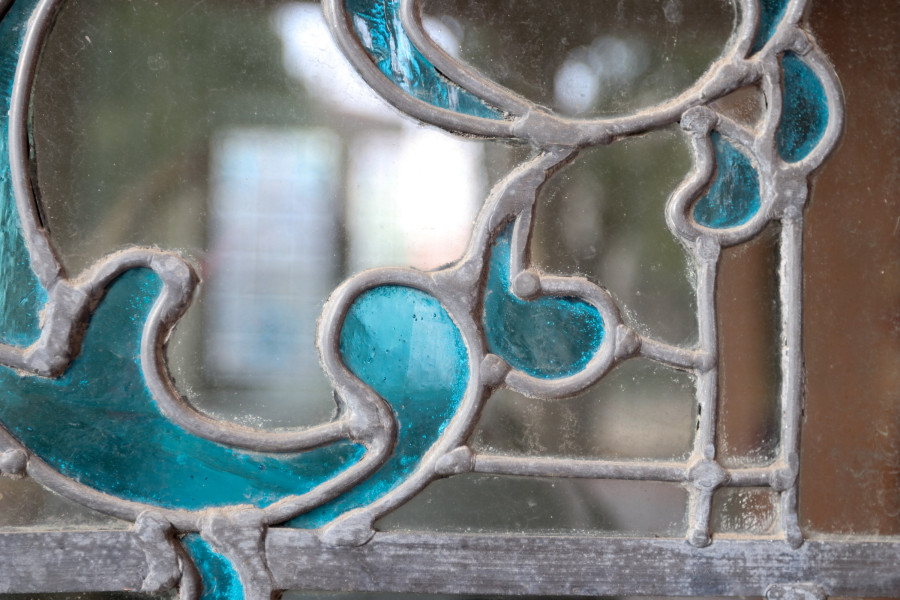 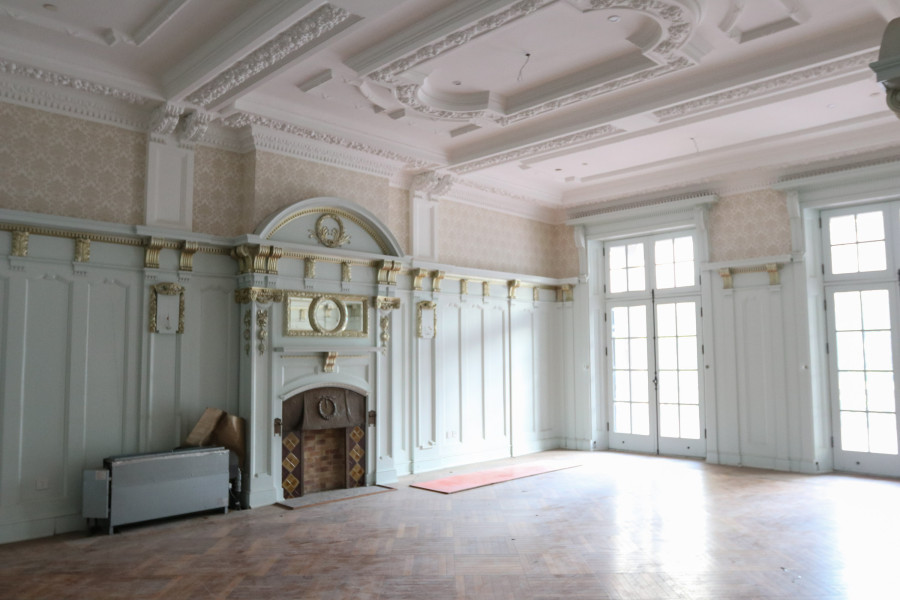 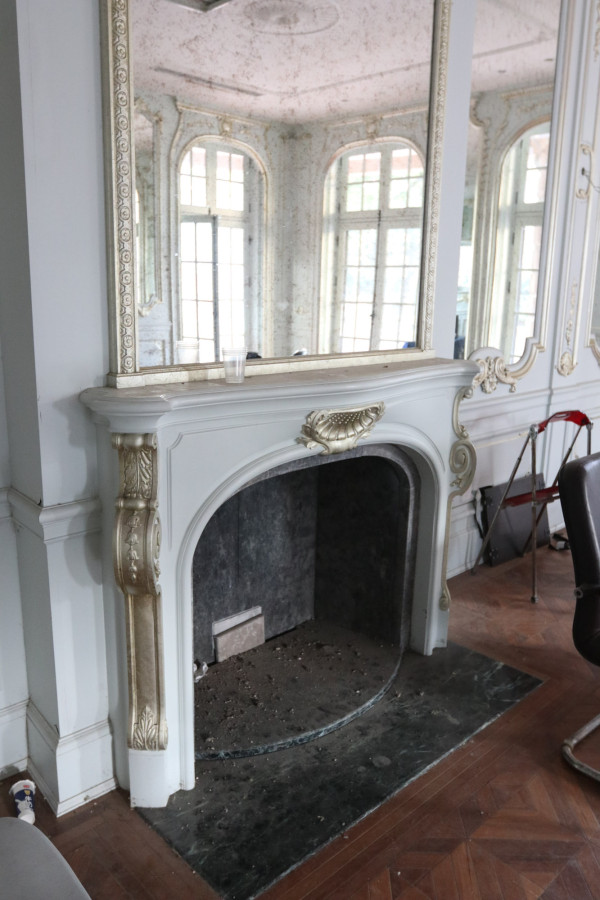 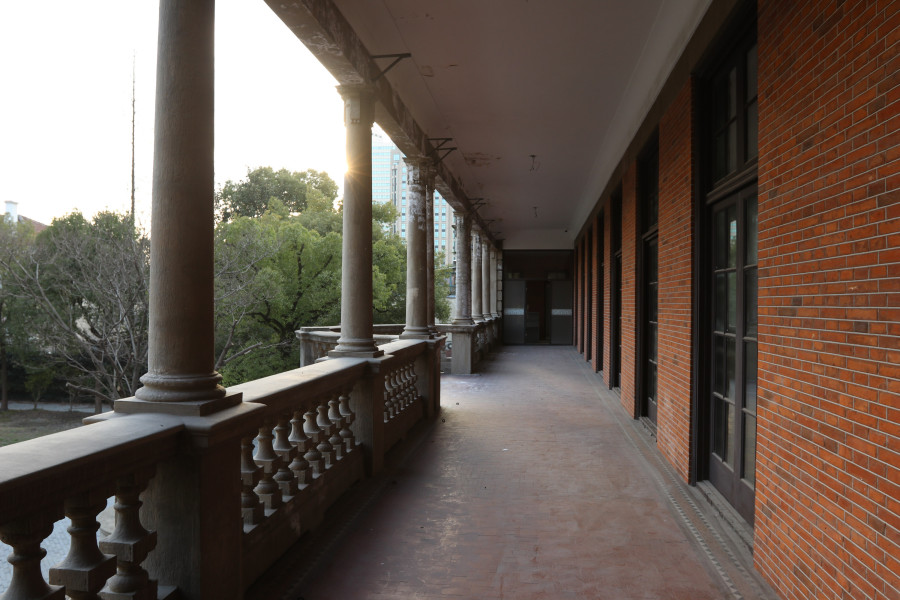 Read the article in Magazeta in Russian, or locate the building on the map.