This is a rare image of Victoria Seou, aka Victoria Livanoff, a notorious Russian scam artist whose tricks and crimes were too many to describe in one blog post, but I refer you to Harriett Sergeant's Shanghai (1990), where she is portraied under the name Victoria Litvanoff.

This fortuneteller frequently advertised her fortunetelling and black magic services in Russian and English newspapers, until eventually she focused all of her dark energy on enterprises too illegitimate for public scrutiny. 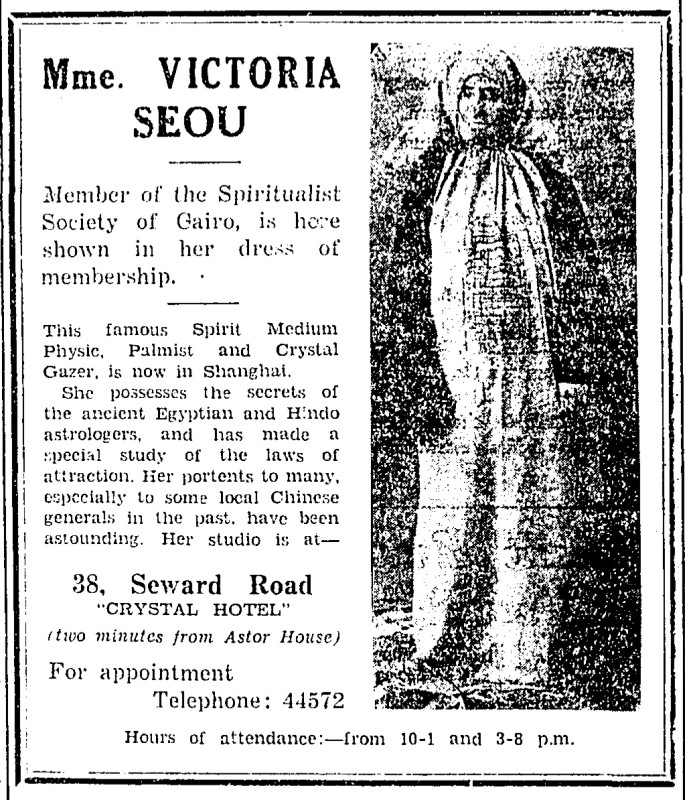 Mme. Victoria Seou, Member of the Spiritualist Society of Cairo, is here shown in her dress of membership. This famous Spirit Medium, Physic, Palmist and Crystal Gazer, is now in Shanghai. She possesses the secrets of the ancient Egyptian and Hindu astrologers, and has made a special study of the laws of attraction. Her portents to many, especially to some local Chinese generals in the past, have been astounding. Her studio is at 38, Seward Road, Crystal Hotel (two minutes from Astor House).