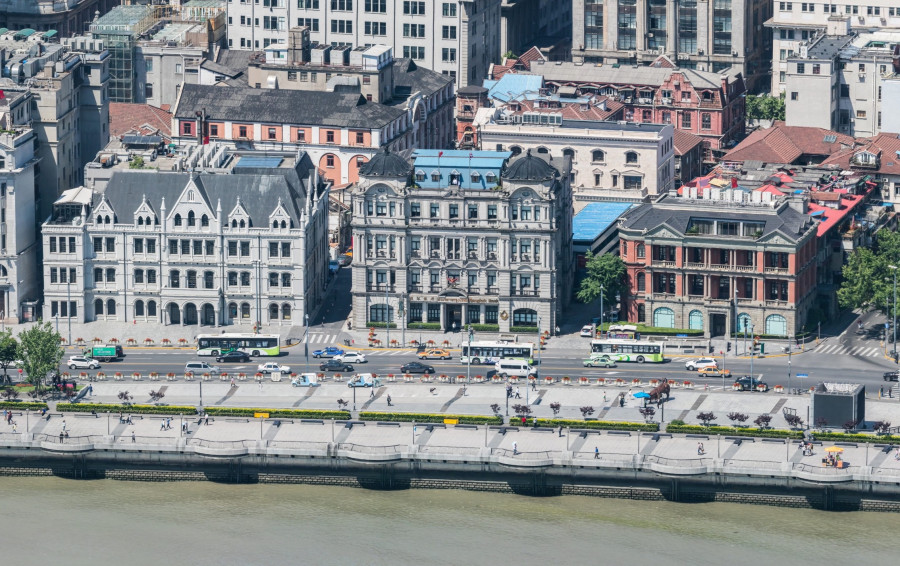 If the northern and central parts of the Bund are known for their neo-baroque and art deco buildings from the 1920s and 1930s, the southern part channels the ambience of the Old World. Some of the oldest buildings are located here, built at the turn of the twentieth century. Between the Victorian Gothic headquarters of the opium hong Russell & Co. and the compradoric mansion of the China Merchants Steamship Company, there is the Great Northern Telegraph Company in the French Renaissance style with Italianate features (or would you simply say Beaux Arts?).

The Danish company was founded in 1870 with active support from Maria Fedorovna, formerly a Danish princess and now the wife of the future Russian emperor Alexander the Third. The company was created specifically to lay telegraph cables across Russia, to create the communication link between Europe and Asia. In 1871 a number of telegraphic cables from Vladivostok stretched to Nagasaki and Shanghai, integrating Russia into the network created by Britain earlier. 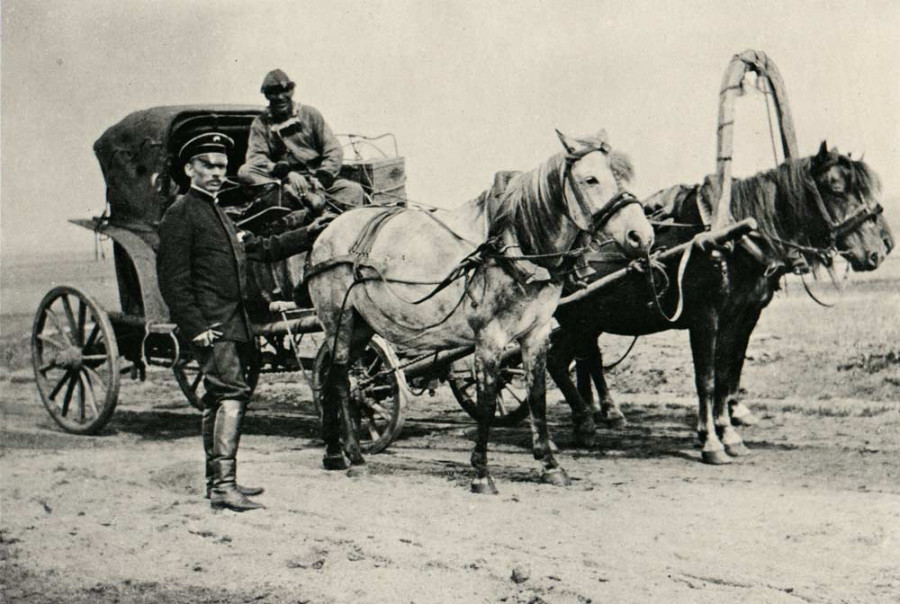 Inspecting the cables in East Siberia in the 1890s. atlantic-cable.com

Specializing in undersea cables, the Great Northern Co. built the telegraph network along China's coast and tried to penetrate into the interior. This endeavor was met with hostility from officials and residents alike. The Chinese countryside was covered with burial sites, and the shadows of the telegraph wires appeared to sever flows of beneficial energy. Even the Chinese characters chosen to represent telegraph wires – 电线 – evoked the dangerous sky electricity and the tightness of stretched wires. Having spotted installation works in the vicinity of their villages, local farmers would sneak to the sites at night and cut the wires. (A couple of years earlier, the first cable to reach Shanghai also had to be laid under the cover of the night, to avoid opposition from farmers in Wusong.) It was only in 1881, ten years after Shanghai became part of the global telegraph network, that the first overland cable link between Shanghai and Beijing was established. 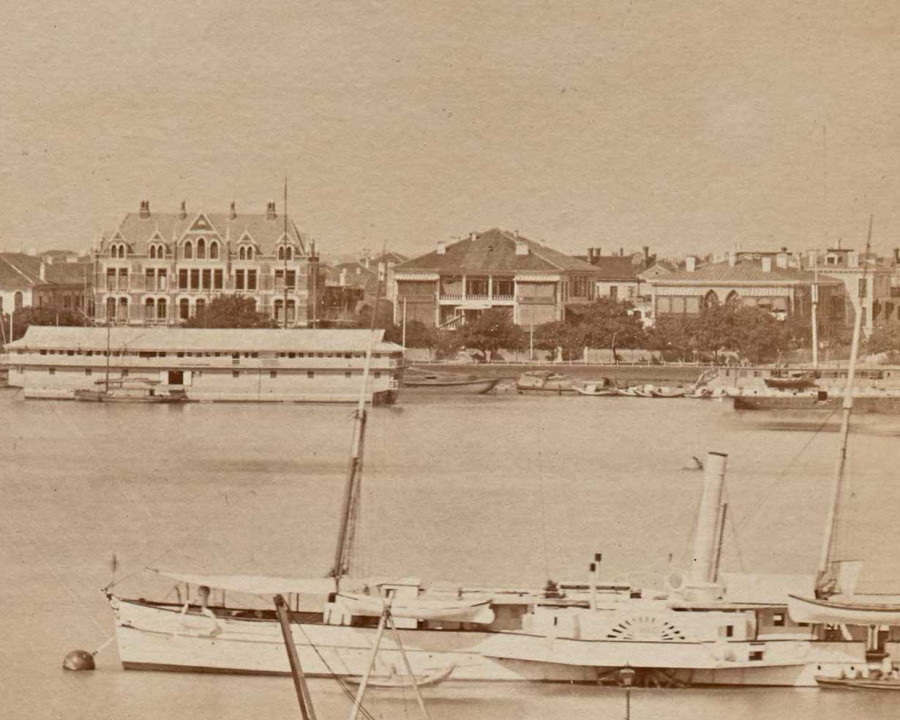 In 1882, the Shanghai office of the Great Northern Telegraph moved to the Bund. By the end of the nineteenth century, the existing old building was getting shabby, so in 1905 the Atkinson & Dallas architecture firm received a commission to design the new headquarters for the company. As the building was nearing completion, a fire on the premises delayed the opening until January 1908. 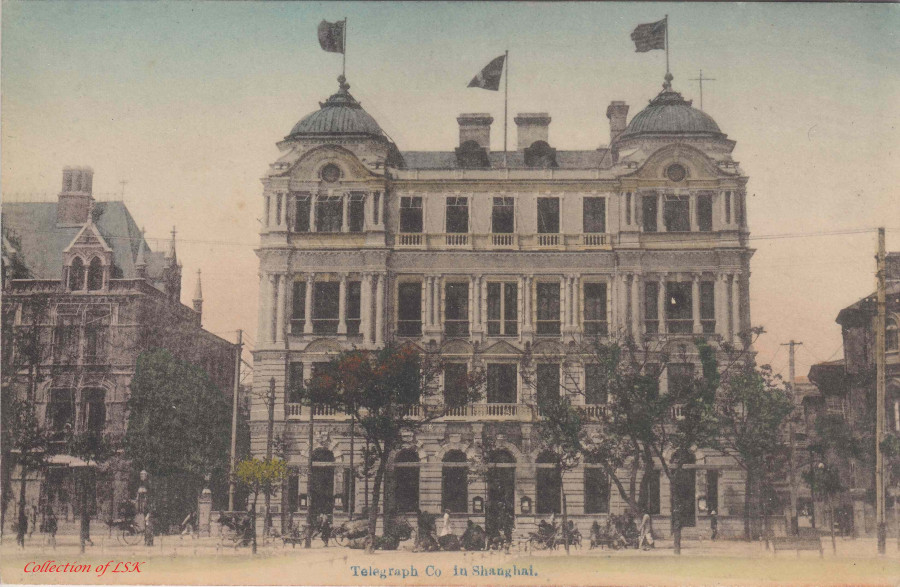 On the day of the opening, the journalists of the North-China Daily News saw a practical demonstration of the modern telegraphic communication. Not a fast process by our standards! 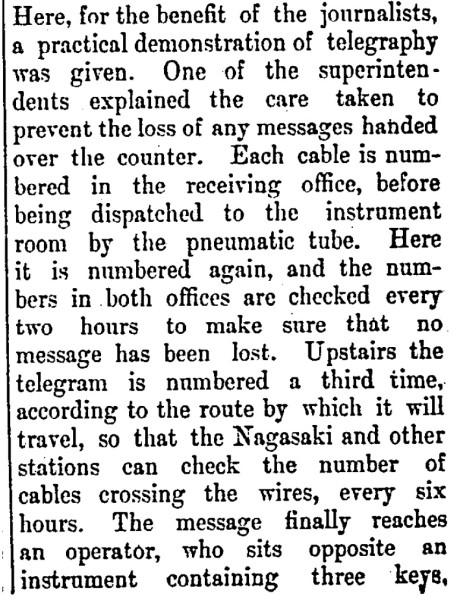 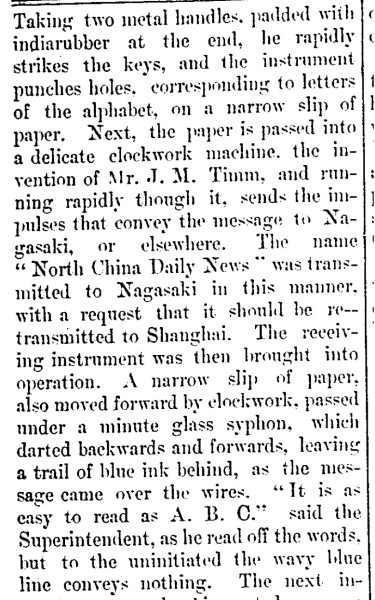 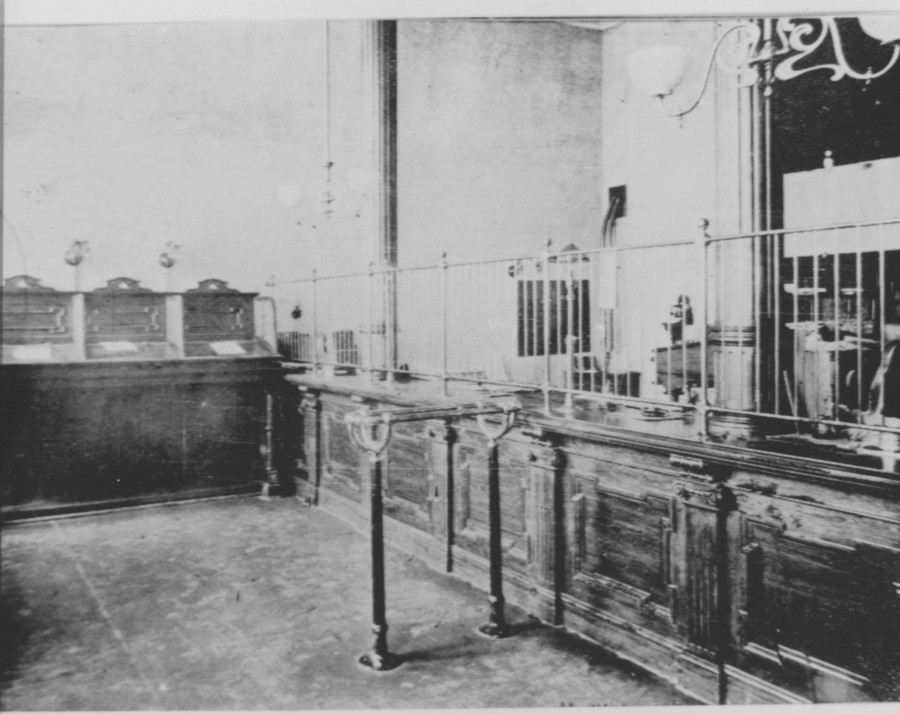 Reception hall on the ground floor of the building. minguotupian.com Other than sending and receiving telegrams, the office relayed messages meant for other destinations, which were received, sorted, encoded again and sent them on their way. To work on China market, the company invented a special system to encode Chinese characters with four-digit numbers. 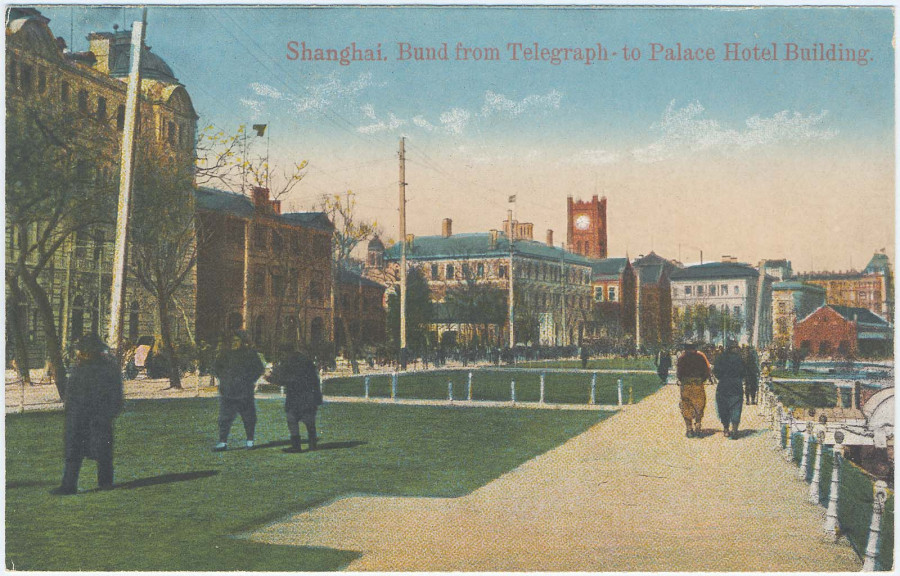 With the old Customhouse still in its place, the Telegraph building appears to be the most modern on this stretch of the Bund. Boston Museum of Fine Arts. 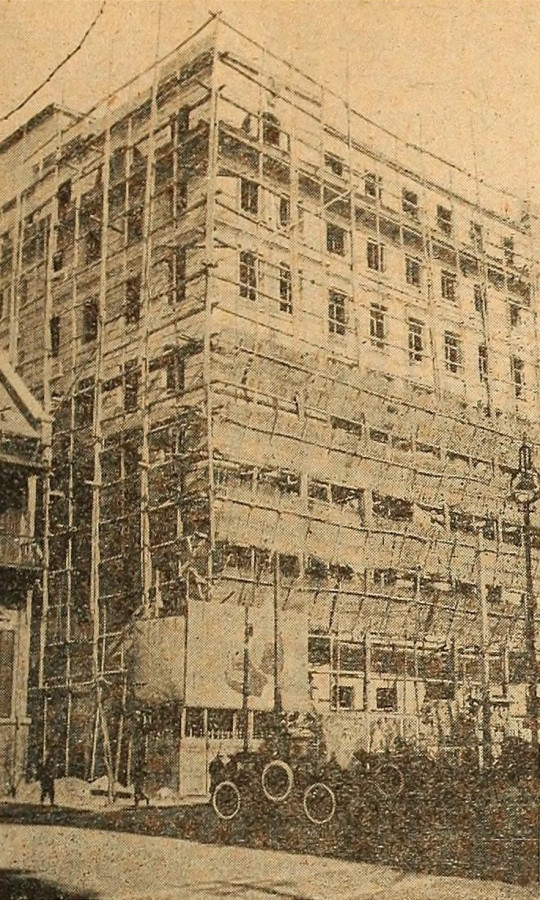 In 1921, the Great Northern Telegraph Co. moved to a new office on Avenue Edward VII, practically around the corner. The Bund building began to be used by various companies, of which the Commercial Bank of China was the most lasting tenant. The WWII disrupted the operations of the company, as cables were physically severed in many places. After the end of the Japanese occupation, the debate about the infrastructure ownership with the Soviet Union and Republican China, forced the Great Northern to pull out of China. Since the 1990s the building is used by various financial and diplomatic offices of Kingdom of Thailand. 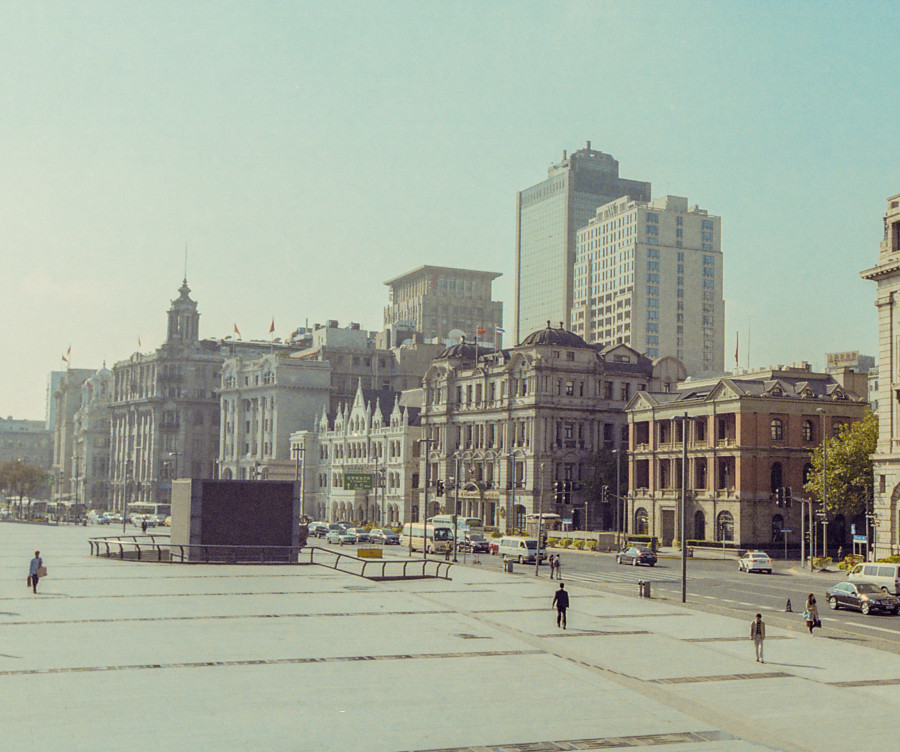 Bund in 2013; the Great Northern Telegraph is in the center.

See historic images of this building and its vicinity on PastVu: