The starting point for this piece was Michelle Qiao's article in SHINE. And then old newspapers and architecture magazines brought to light a curious trend. Shanghai real estate slump of 1936 was due to an unfortunate clash of two factors. First, in preparation for the war of resistance with Japan, the Nationalist government laid claim on much of the available supplies of cement, bricks and steel. "The prices of other materials, such as lime, sand and stone soared in sympathy." And second, the maritime strike on the Pacific coast of the United States interrupted the supplies of Oregon pine widely used in construction. As a result, Shanghai stopped building high – and the Carlton had to be redrawn without its tower.

Read the article in Russian / in broken English, or see the building on the map. 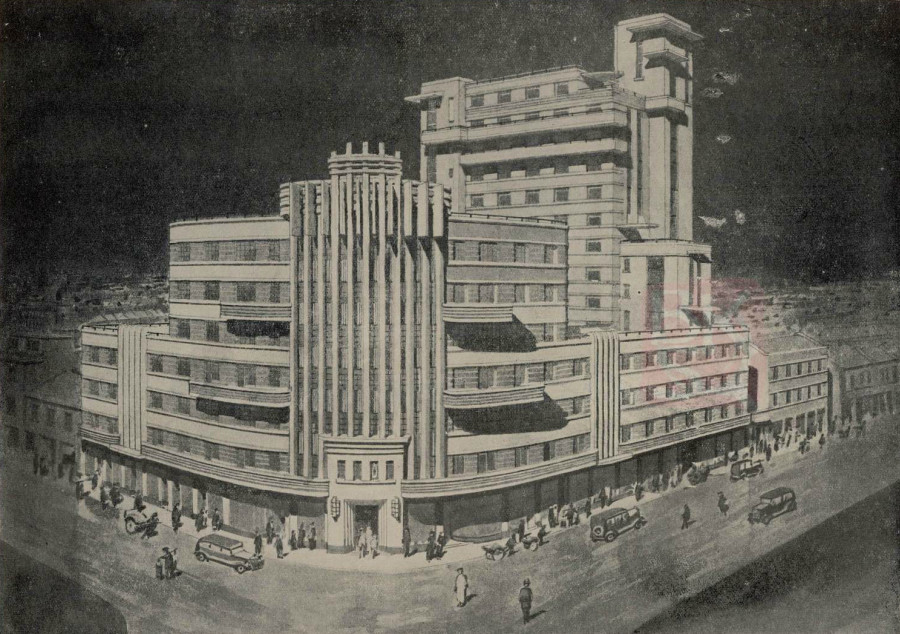 The design of the Carlton apartment house by the Keys & Dowdeswell architecture firm, published in 1936 in The China Architect 中国建筑. Via cnbksy.cn