Been enjoying my newly unlocked superpowers and dipping into Chinese architectural magazines, 中国建筑 and 建筑月刊. This picture of the Racecourse Apartments (originally Neon Apartments 年红公寓) is presumably designed by 协隆地产建筑公司, which may or may not be Alexander Yaron's architecture firm 协隆洋行. This would have been one of his last creations before his death in 1935.

The imade is from the August 1933 issue of The Builder (建筑月刊): 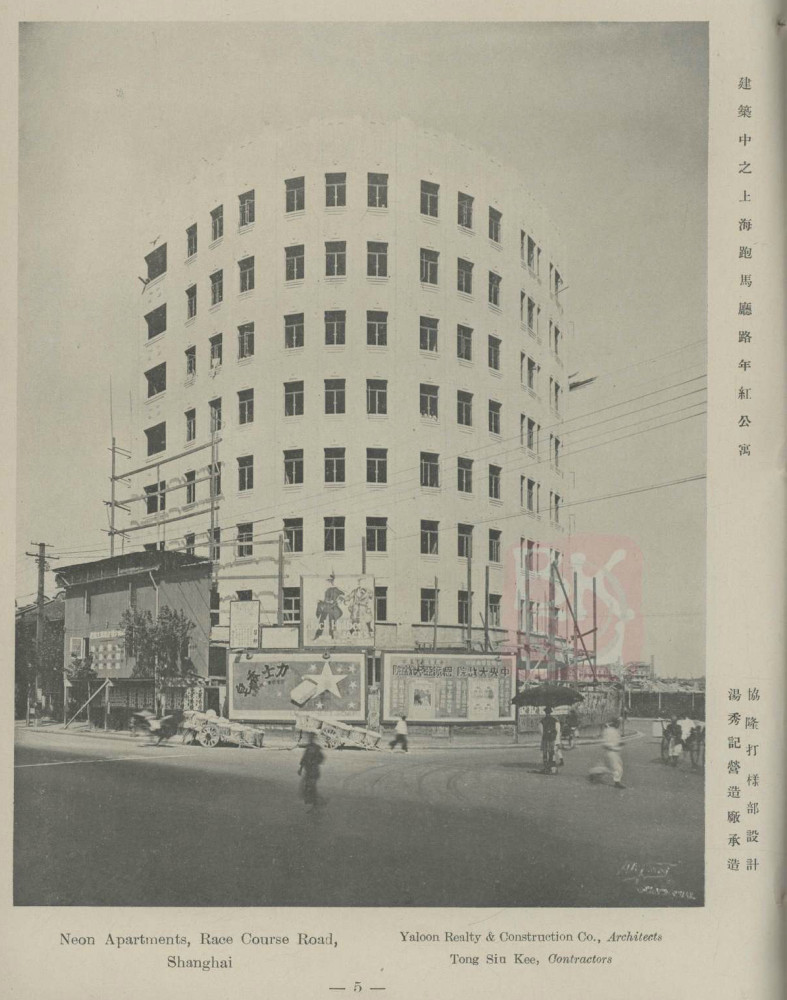 I thought it was the architect's signature in the corner, but it seems to be the ubiquitous Ah Fong (bless his soul): 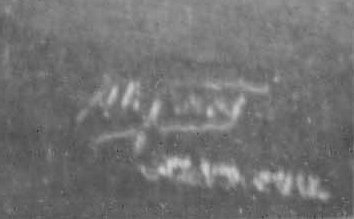 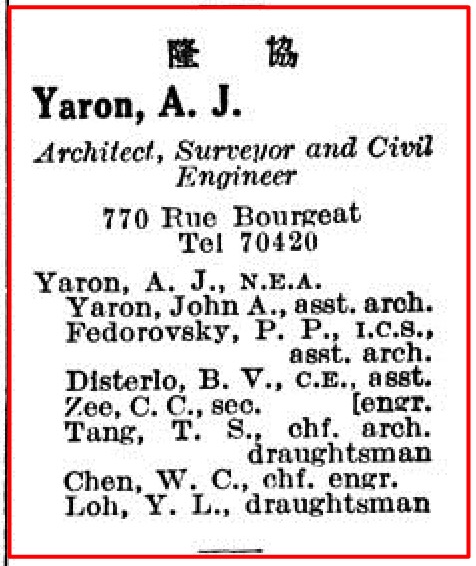 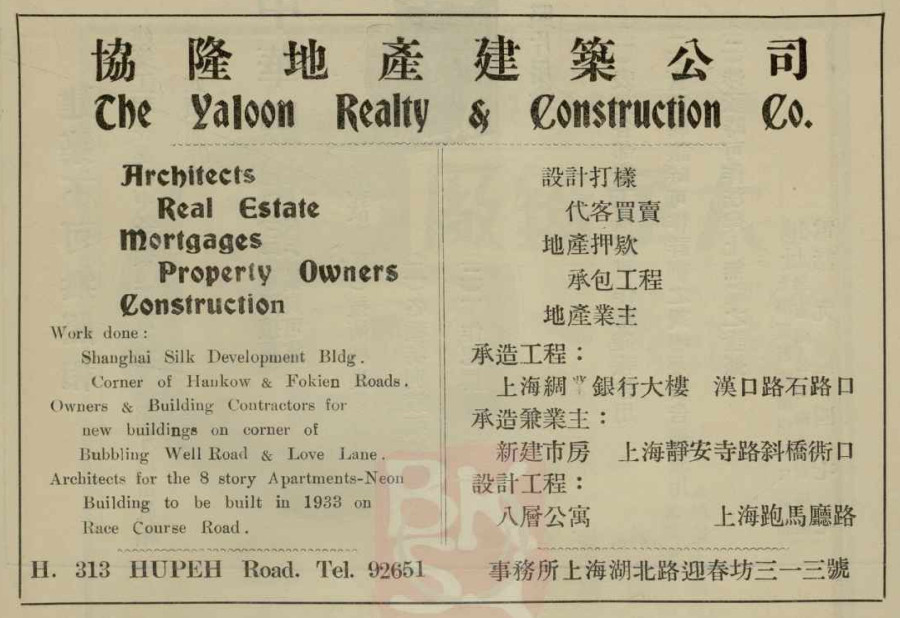 Is Yaloon the same as Yaron's firm? This merits further investigation. There are no mentions of Yaron in connection with the Love Lane project, the Neon Apartments or the Silk Bank, and there are no mentions of Yaloon in connection with other jobs. Were there more than one construction company with the name 协隆 active in the same years? Before Yaron's time in Shanghai (1922–1935) this Chinese name was used to designate Fearon's company, but that was finished in the early 1920s.

[Afterthought on modern archival research...]
The images on minguotupian are photographed, not scanned. They often have large pixel dimensions, but frequently suffer from motion blur and distortion. Another problem with MGTP is the complete absence of provenance and dates. Sometimes there are descriptions, but not from the original source. So if I find anything specific there it is almost always by fiat.

CNBKSY, however, tracks and tags their images immaculately, but offers them at a medium resolution. When these two online archives are used together, they are quite a formidable tool! 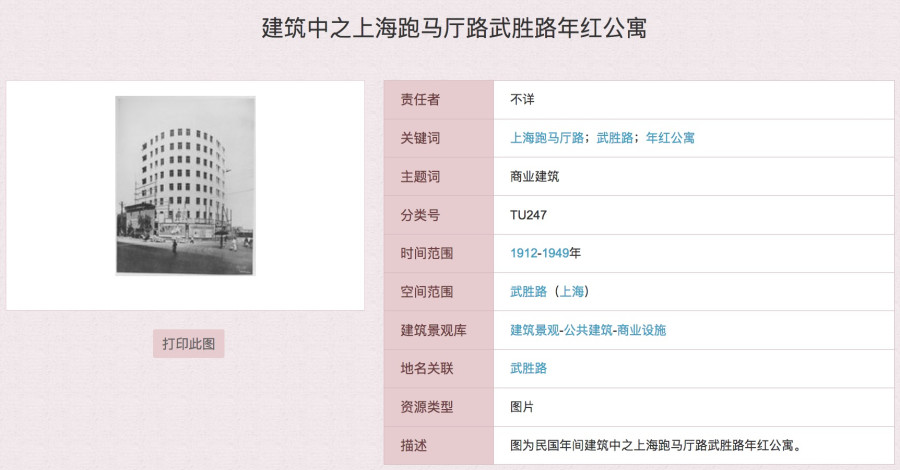 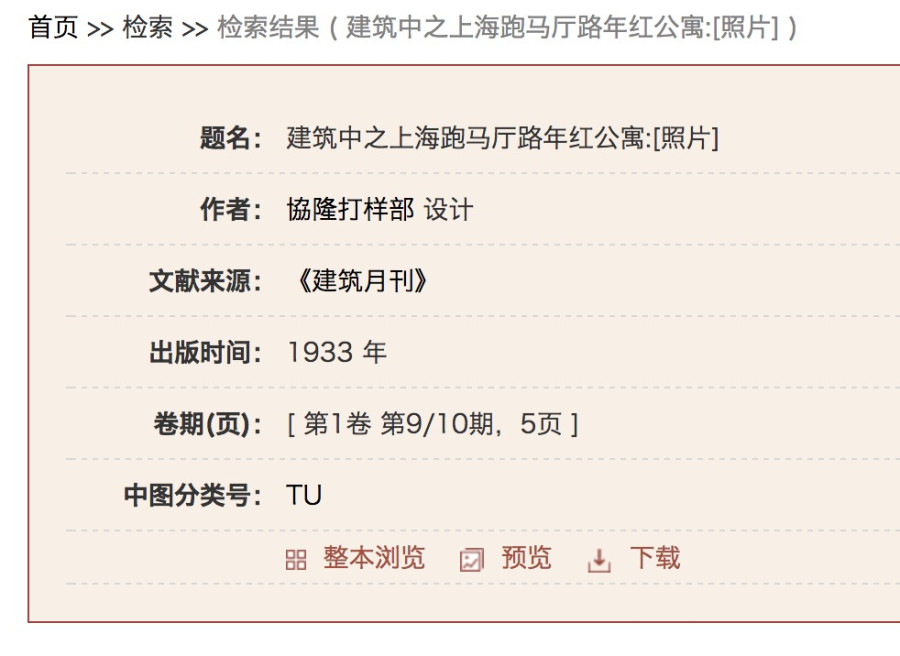