These two photographs depict the Green Lotus Teahouse 青莲阁茶楼 on Fuzhou Road (in the center) and another teahouse to its left. The pictures appear to be identical, yet they are not the same, but rather two different shots taken within seconds from each other: 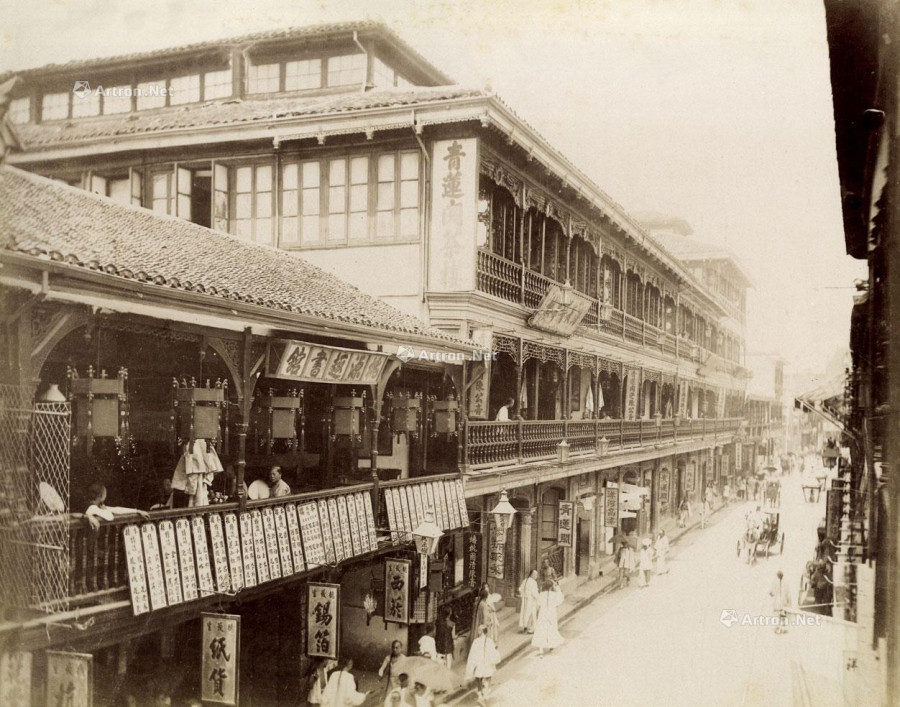 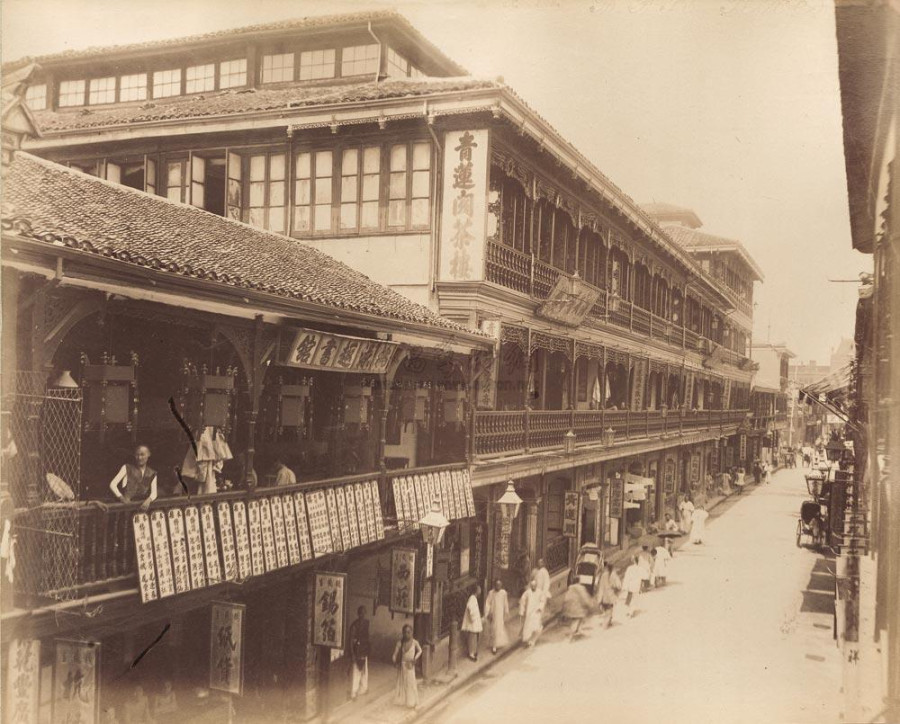 (There's also been some photoshopping in the lower right corner of the second picture, but that's beside the point.)

In the teahouse at the foreground, the arm in a black bracelet is resting on the balcony railing in both shots, but a little bit to the right the thin man in a black vest changes his position. In the top picture he is sitting and looking into the distance, and in the bottom one he is standing up to face the camera, as if alerted to the presence of the photographer. This change suggests the order in which the images were taken.

How much time passed between the pictures? Enough for the photographer to wait for the horse carriage to approach and get out of frame. Enough to adjust the exposure time, turning it down a notch. The scantily dressed beggar with a very long queue, his right hand outstretched, barely moves. On the balcony above him, a teahouse customer is still sitting with his back to the street, chatting with his companion who is fanning himself (or herself): 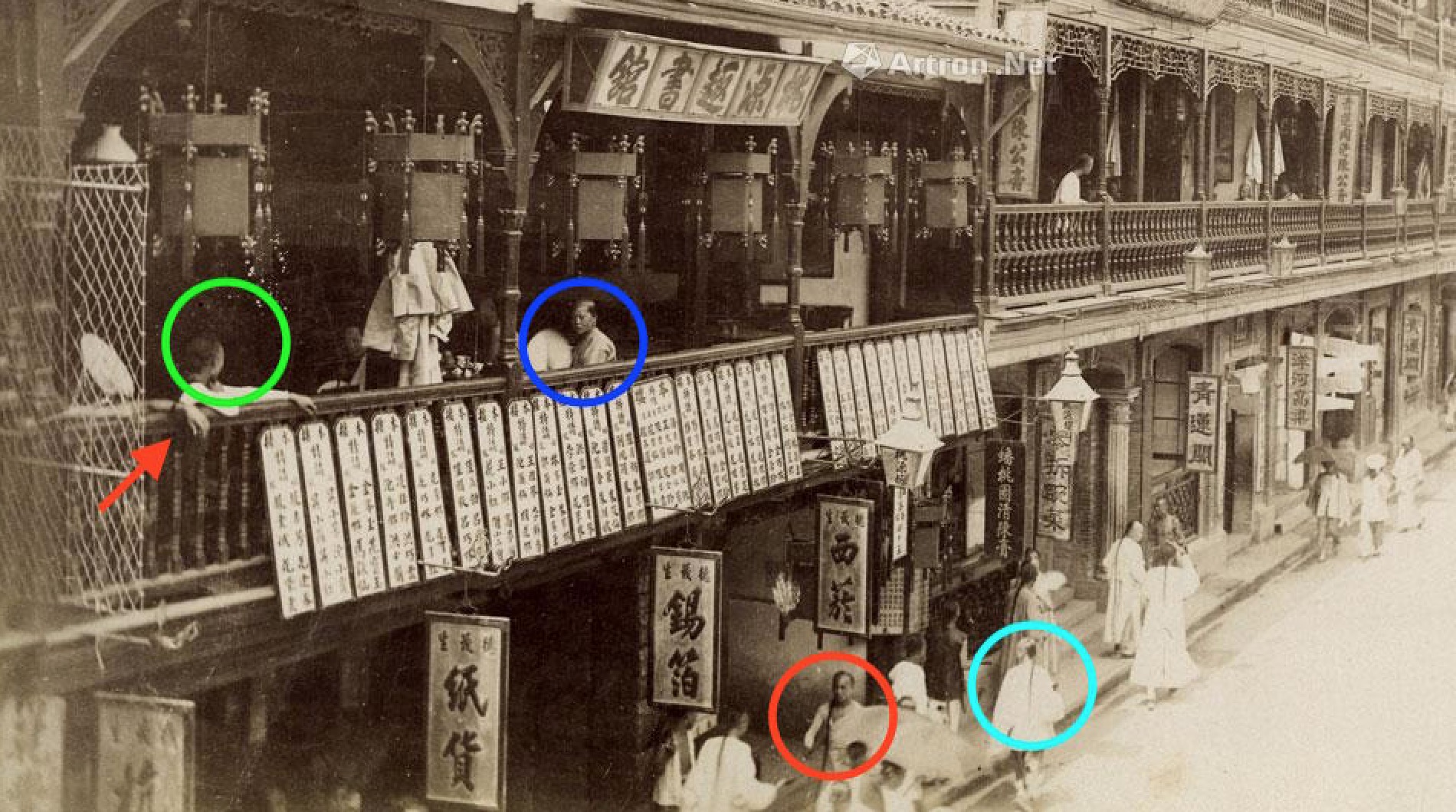 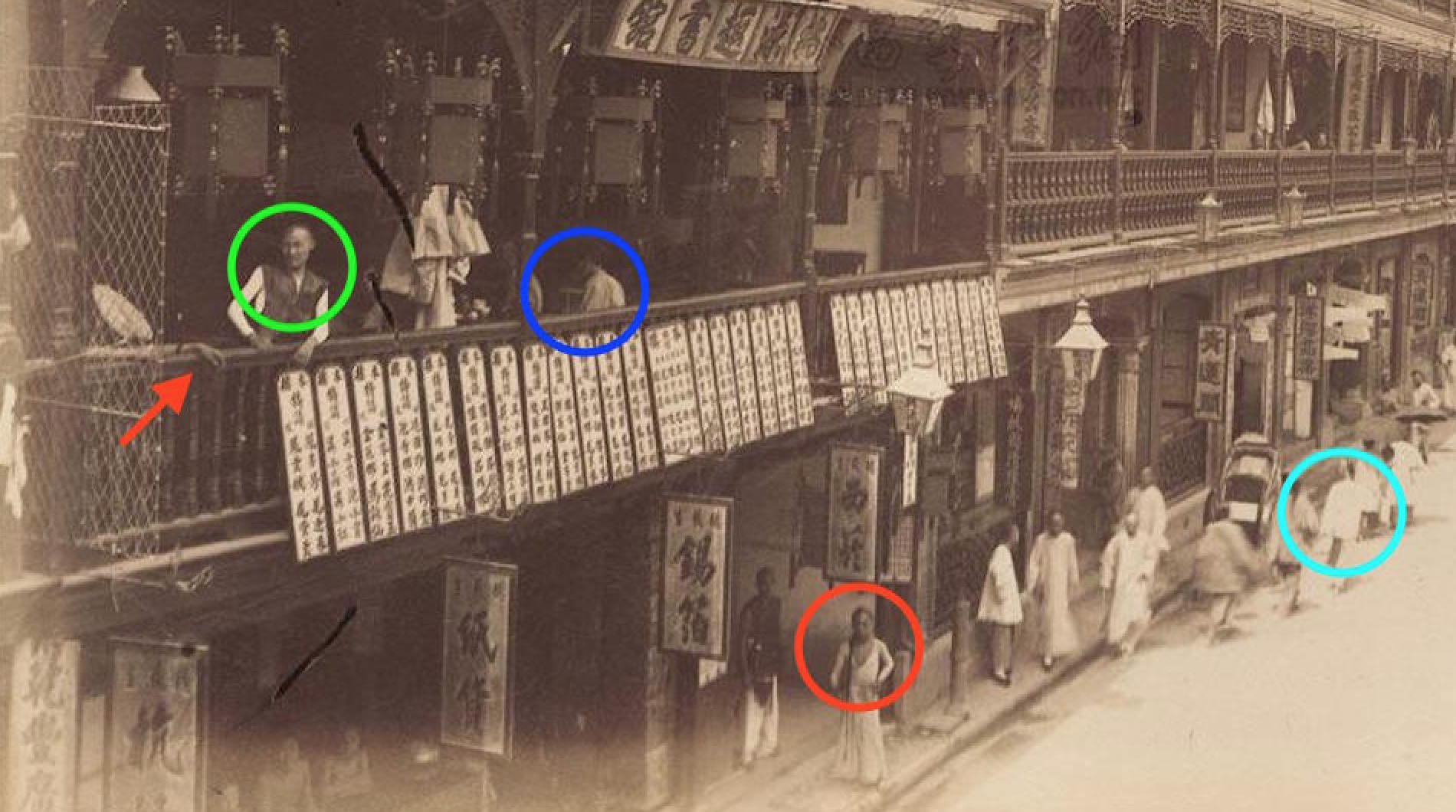 In the meantime, there has been a lot of motion in the street. Foochow Road was a lively thoroughfare! Someone has arrived to the Green Lotus Teahouse in a rickshaw and disappeared inside. The curious servant in a short jacket, who is probably delivering a dish that he is carrying in his right hand, has made little progress because he has paused to look into every window.

Nineteenth-century photographs usually appear static, controlled, cleaned-up, the opposite of spontaneous. But this slight movement between the two shots makes the street and its inhabitants come to life, at least for me. It is intriguing that they both shots would become postcards representing iconic Shanghai sights: 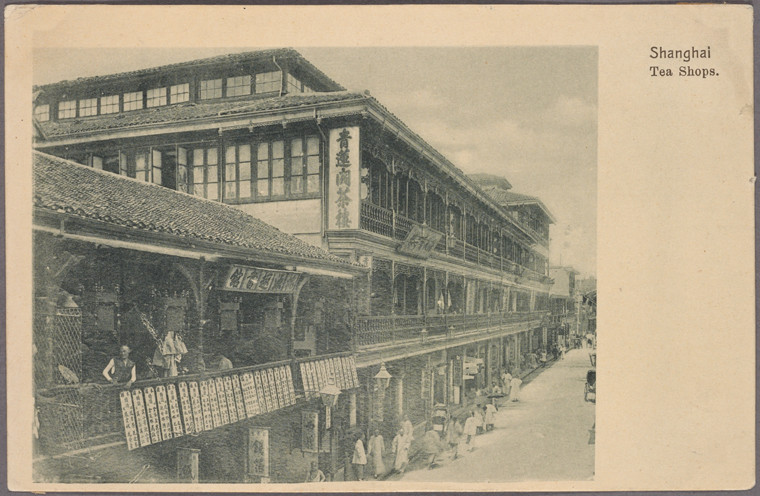