The Gardenia cabaret, at 1389 Yuyuan Road (愚园路1389号), opened in 1937 by Alexandr Vertinsky, is undergoing complete gutting that may be followed by its demolition. The glass terrace of the Hunan restaurant that used to cover up the original facade is gone, and now you can see the resemblance to the only existing photograph of Gardenia: 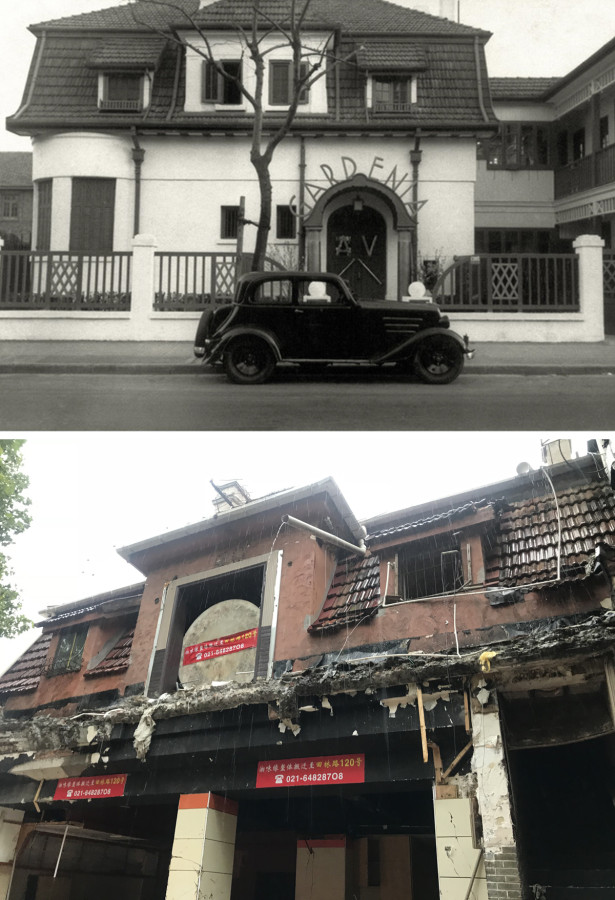 The cabaret was extremely short-lived – it stayed open for three months in summer 1937 – but its impact was significant. The Gardenia is mentioned in a number of Russian memoirs, and some of the press back in the day also spoked of it favorably. I will repeat the newspaper reviews I quoted earlier:

"A big thrill indeed is a trip on the S.S. Gardenia Gardens, what with delighful breezes, syncopating rhythms, good drinks, and fascinating fellow voyagers. Best of all though is the fact that you'll never get seasick; for the S.S. Gardenia Gardens is "safely anchored" at 1385 Yu Yuen Road, just a stone's throw, or rather, a "stern line's heave" from Jessfield Park. Smartly decorated to give the illusion of a huge ship, the Gardens boasts of a bow, masts, superstructure, life boats, dancing decks and a right jolly crew of waiters, musicians, bar girls and hostesses, all accoutred in the very latest nautical rig. [...]"
(The China Press; July 11, 1937)

“Pleasing to the eye, the ballroom fittings are a distinct contrast to many other places, the quiet air of refinement lending itself to de rigeur dress. One notable feature, indirect lights, recessed into the tables, is distinctive and takes years from the age of patrons. The Gardenia orchestra in picturesque costumes are capable musicians and with muted instruments rendered old favourites to the liking of guests.”
(North-China Daily News, April 10, 1937)

See all my posts on Gardenia here, or just read the main post.

View from the left side; the facade is on the right: The terrace facing the garden, aka the deck of the ship: 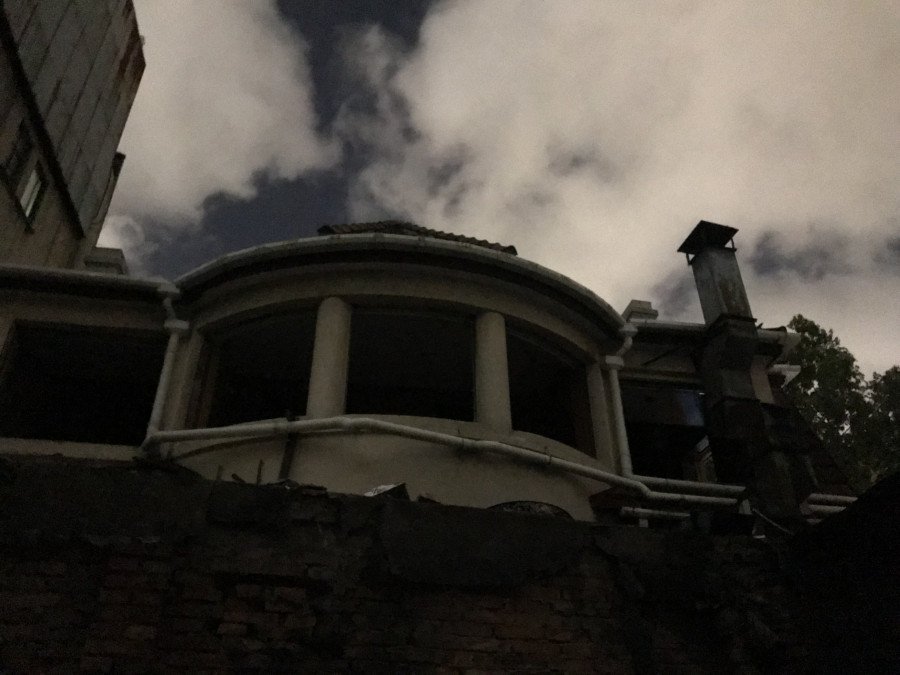 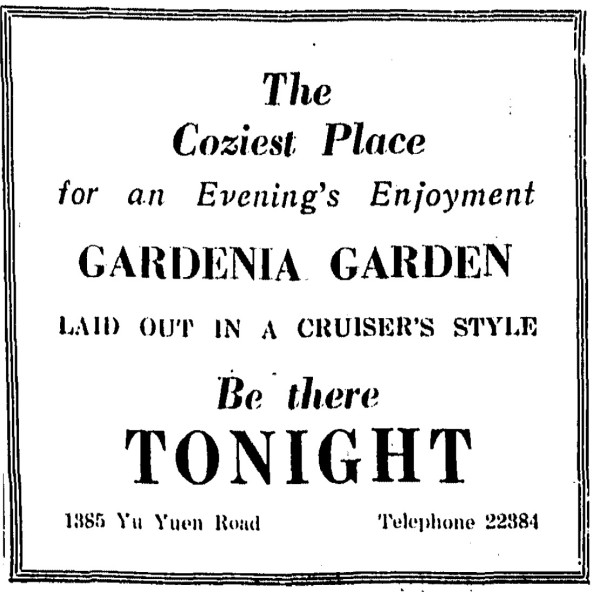 Many thanks for these photos to the anonymous detective!