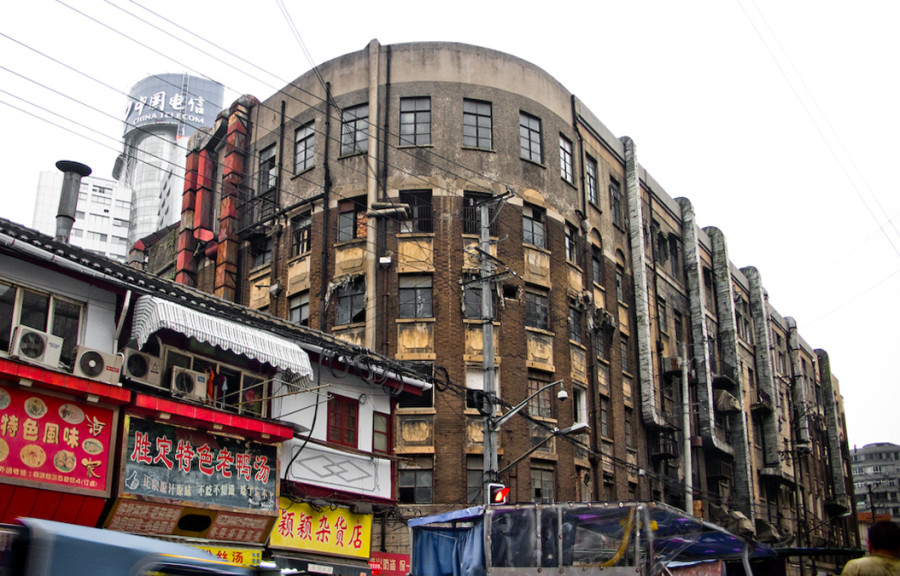 I wrote about this building ten years ago when I accidentally spotted it in Hongkou. Now it turns out it has been "vandalized" inside and outside. That said, the condition of the building in the hands of the previous user was pathetic: it had been an industrial facility for years, with huge and ugly ducts crawling across the facades that I photographed in 2008. If this is "the commercial and industrial complex" the article mentions, then it was already very far from the building's intended function or appearance. The old user abused the building, but he was clever to have done it before it was put on a heritage list.

Now the Shine article pins the loss of historic floors, elevators, windows and staircases onto the new user. Again, I'm not sure how much of the destruction is recent. But I'm sure that at this point the building has not a shred of its original interiors. And now the latest user, who retuned the apartment house to its functions, so to speak, is going to pay 1.5 million dollars to the previous user, who actually abused the building. The payment goes not to the city, not to the district authority, and not to some conscientious municipal heritage foundation. When the market rules the city this is what you get. 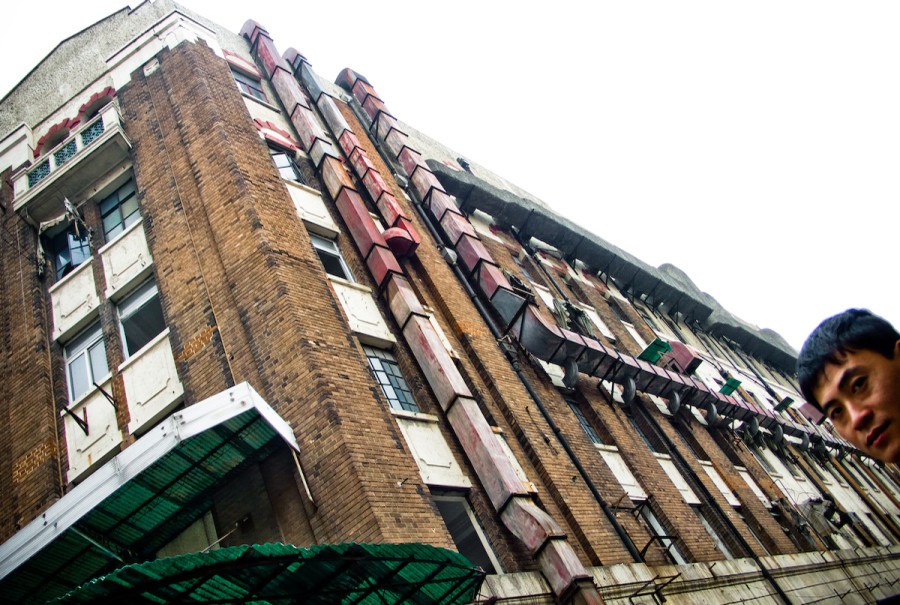 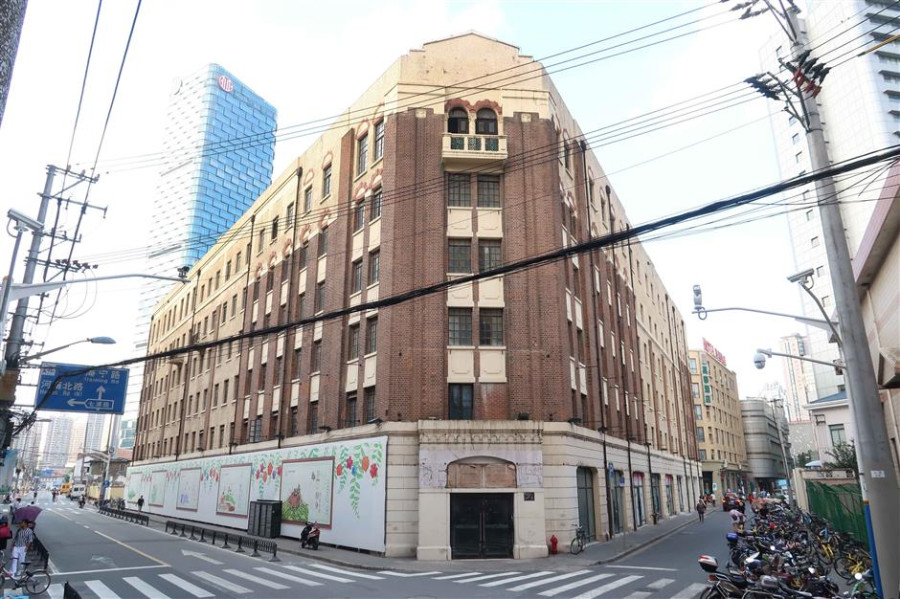