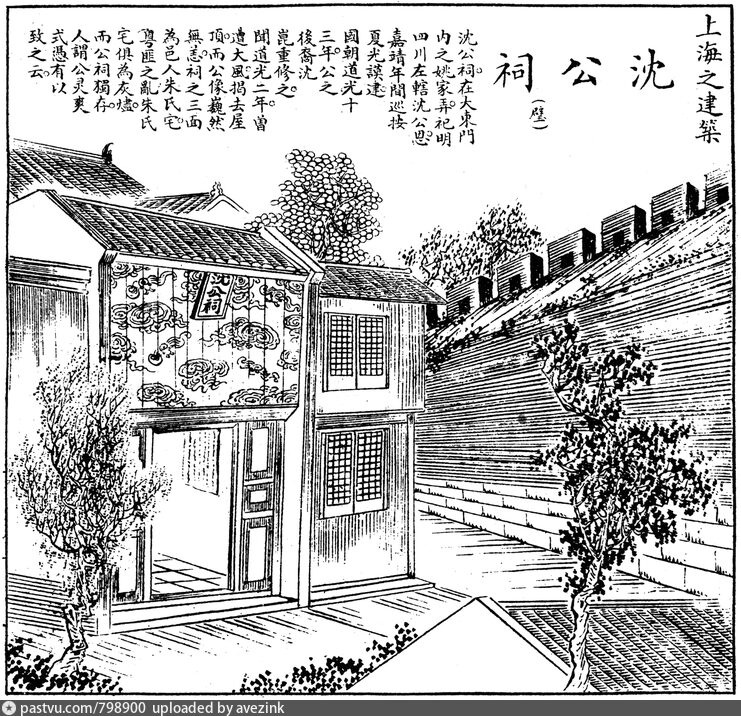 The most recent hundred is scattered all over Shanghai, so I'll highlight three most unusual images – the drawings of locations in the old town:
- the Temple of the Fire God, that was special in the sense that it had its entrance facing north, to prevent the aggressive Fire God from ingiting the temple with sun beams.
- the Ming-era ancestral temple of the local clan named Shen on East Yaojia Street, that used to be right next to the city wall. Hey, if anyone could check out No. 8 on this street, some of the old structure could still be there, behind the storefront. Streetview of 东姚家弄8号.
- the memorial arch 阁老坊 erected in honor of the Ming academician Xu Guangqi by his descendants, and torn down in the 1930s to widen the road...
- and many others... 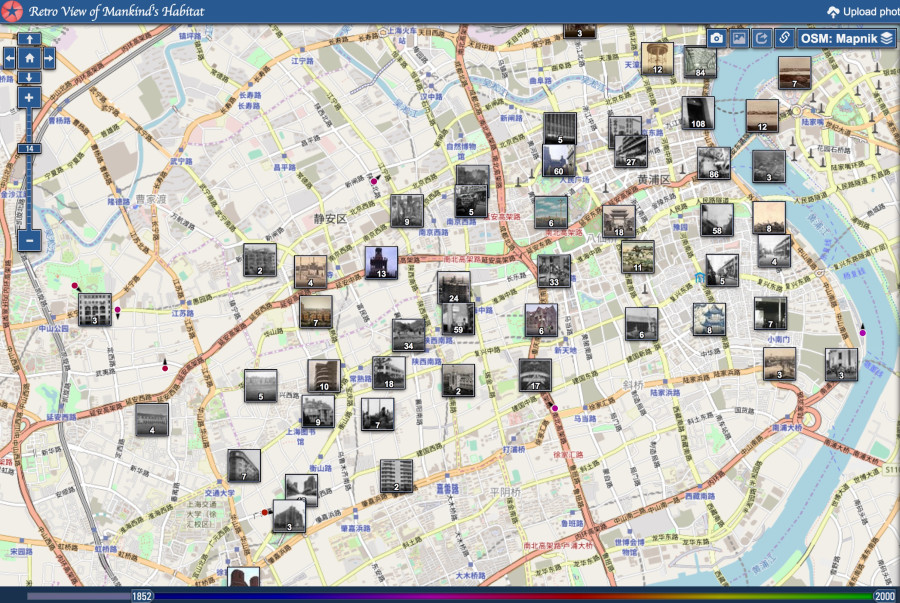 You can switch between the base maps and use the street grid, Google Scheme, Google Satellite or Yandex Satellite (which is often sharper than Google).