Came across a memoir by the Russian traveler Pavel Piasetski, who went to China in 1874–1875 and spent two days in Shanghai. Here is an excerpt from the English translation of his book, describing his visit to back lanes of Foochow Road (probably):

After dinner in the evening M has again accompanied me to the Mixed Town, principally to see districts which in daytime are wrapt in silence animated by noisy life at night. A compact crowd circulated in the streets, which were lit by gas, or by Venetian lanterns of different shapes hung in front of the shops. But the people, no longer in a hurry, had ceased to push and rush about as they did in the day. They were out for enjoyment, and amused themselves in the tea-houses with bands, conjurors and singers. There were young female singers, theatres, opium salons, and mysterious establishments with singers, music and opium combined, hidden in the depths of the courts in the midst of a labyrinth of passages and staircases. One might wander about for any length of time without knowing of their existence, or even being able to find them if one did know about their whereabouts. It is difficult, and even dangerous, for a foreigner ignorant of the language to penetrate everywhere; and although I did not quite believe all the tales I heard, still, I dared not entirely reject the advice of my companion.

(As the text goes on, Piasetski describes how their local guide went to great trouble to smuggle them into one of these wonderful establishments, but kept getting his ears boxed in every doorway. Indeed, the Chinese town of the Settlement was quite impenetrable!) 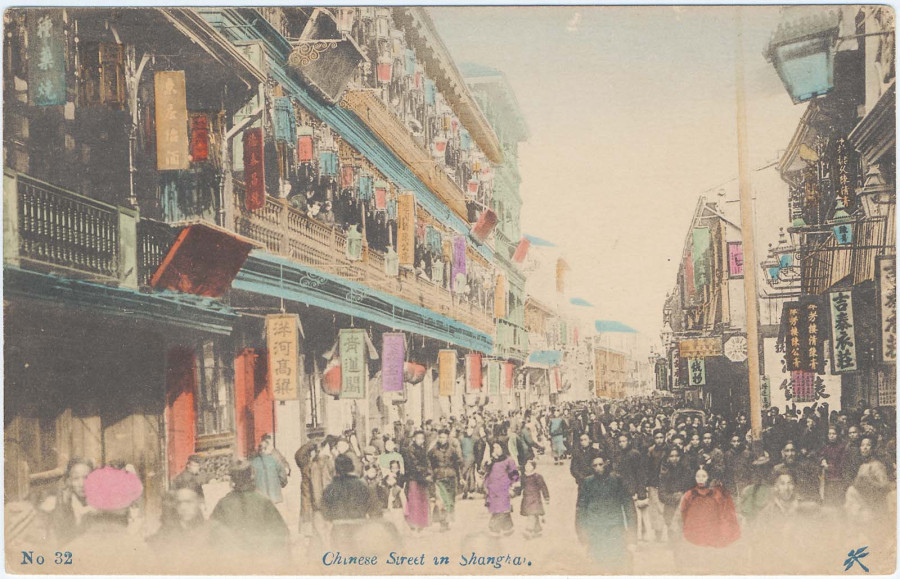