One of the best Flickr accounts with images of old Shanghai – Cities in Old Days – uploaded a new image after a break of almost two years, depicting the skyline of the west and central French Concession: 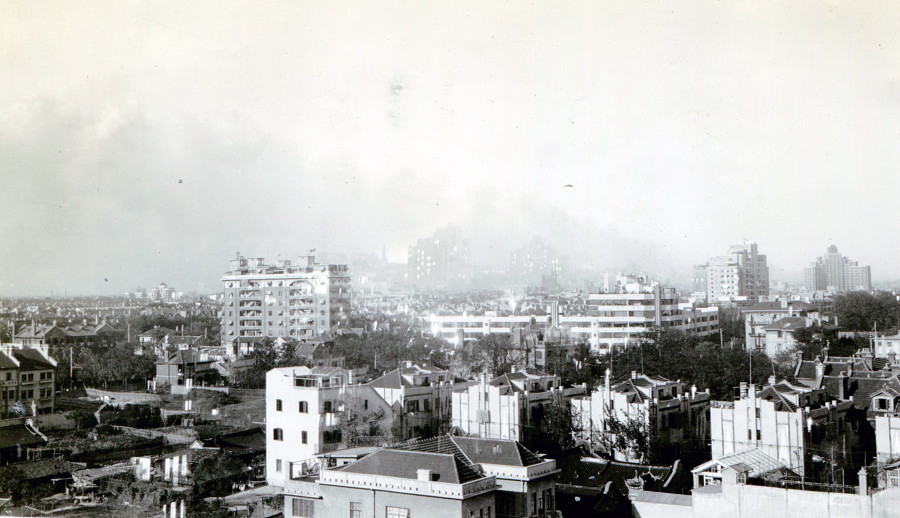 The row of 'ziggurats' in the medium foreground are the lane houses at 1412 Avenue Joffre 淮海中路1412弄. They are still standing, but the traditional Chinese residence (or temple) to the east of them, with a fanciful gate peeking just below, was, unfortunately, replaced with an apartment house in the 1980s:

The residence next to it, in the main shot's foreground, still stands inside the lane: 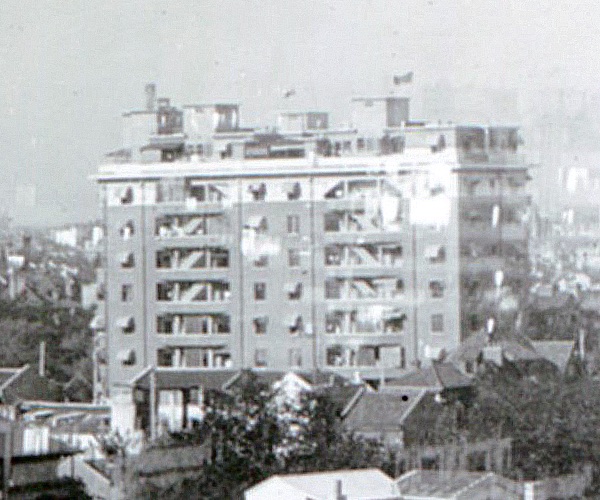 A little to the right is the wide wingspan of the Empire Mansions 帝国公寓, hugging the corner of Route de Say Zoong and Avenue Joffre (Huaihai Road 淮海中路):

In the distance we can see the Cathay Mansions 华懋公寓 and the Grosvenor House 峻岭公寓, basking in the afternoon light: 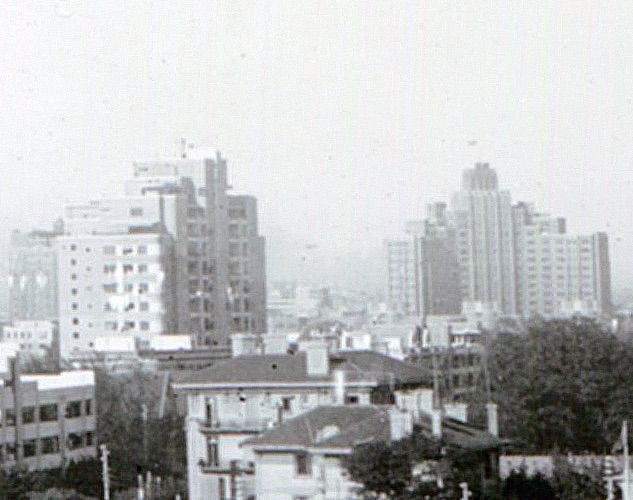 But what is it to their left? Their exact duplicates? Their ghosts? With brightly lit windows, and slightly tilted? 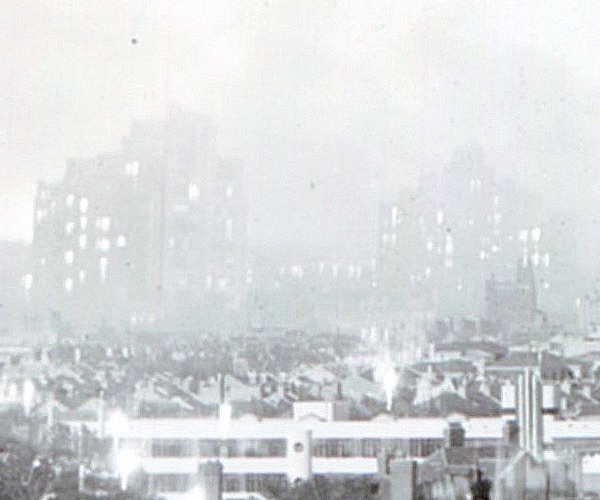 Turns out, this photograph has two shots in one; it is an accidental double exposure. The 'ghosts' are slightly smaller than their counterparts, so the overlapping shot must have been taken from a different vantage point, a little further away to the southeast. And the light conditions are different: the windows of the two apartment houses are brightly lit, so it must have been taken later that evening.

There are other traces of the night time shot scattered through the main image. In the lower left corner there are bright windows and balconies of a lane house supreimposed against the scattering of Chinese courtyard residences near Route Maresca: 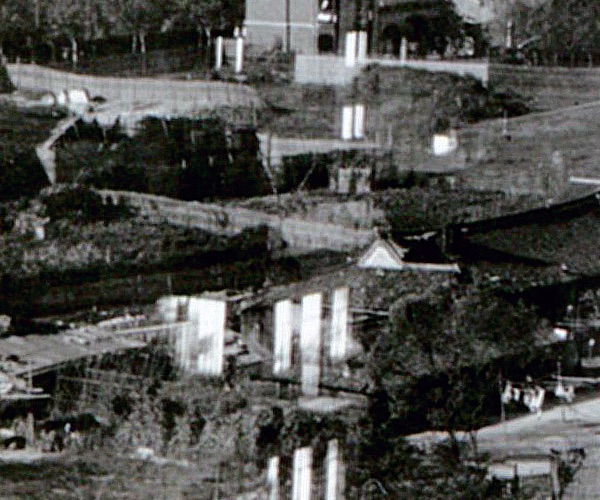 Why take two pictures of the same vista, presumably, on the same evening? Perhaps, to capture the billowing smoke that is seen rising from the east (right side) and blowing toward the west, enveloping the French Concession. The smoke could be from the bombing of the Great World on the afternoon of 14 August 1937, or the bombardment of Chapei (Zhabei 闸北) on 26 October, or other urban battles that took place in Shanghai during the Sino-Japanese War. You can just imagine the photographer running up to the window of the Magy Apartments upon hearing the explosions and snapping that image, then going to a friend's place on the same evening and taking some more shots with the same camera, allowing one of the exposures to accidentally overlap with the previous.

Who is the photographer? As I am awaiting a reply from Mr. Cities in Old Days, I checked the Hongs. In 1937, Shanghai's most famous French architects and their spouses were registered as residents of the top floors of the Magy: Paul Veysseyre in No. 8 and Alexandre Leonard in No. 9. Can it be that one of them is behind the camera? That would be fantastic!

Here is another angle of the burning of Zhabei, by Karl Kengelbacher, taken from the Medhurst Apartments downtown: 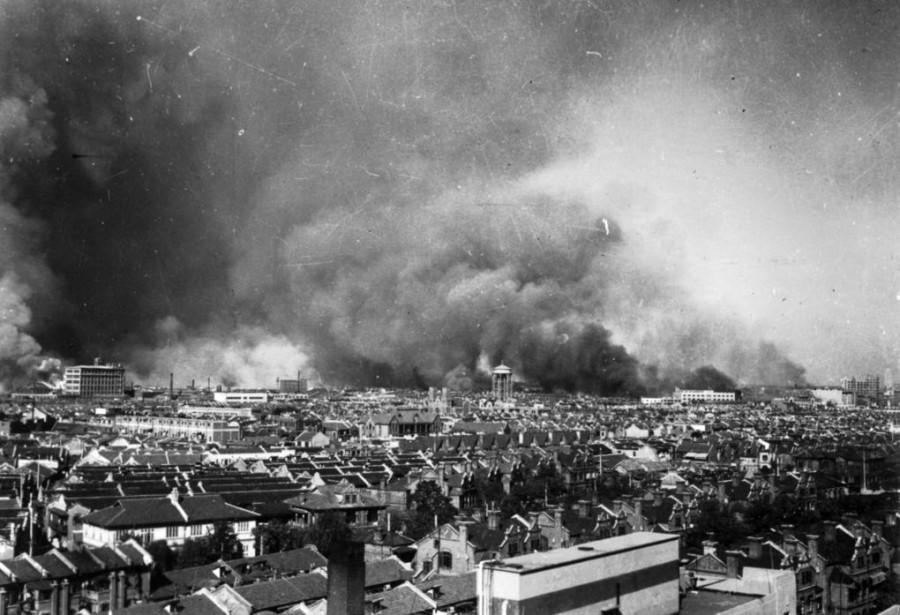