When did arcade houses began to appear on Rue du Consulat (today's East Jinling Road / 金陵东路)? Why were so many houses on this particular street built in this fashion? Modern sources lean toward the version that Chinese immigrant merchants wished their commercial buildings to be in a "house-on-stilts" style, popular in the rainy south. But documents from the early 20th century tell a different story. 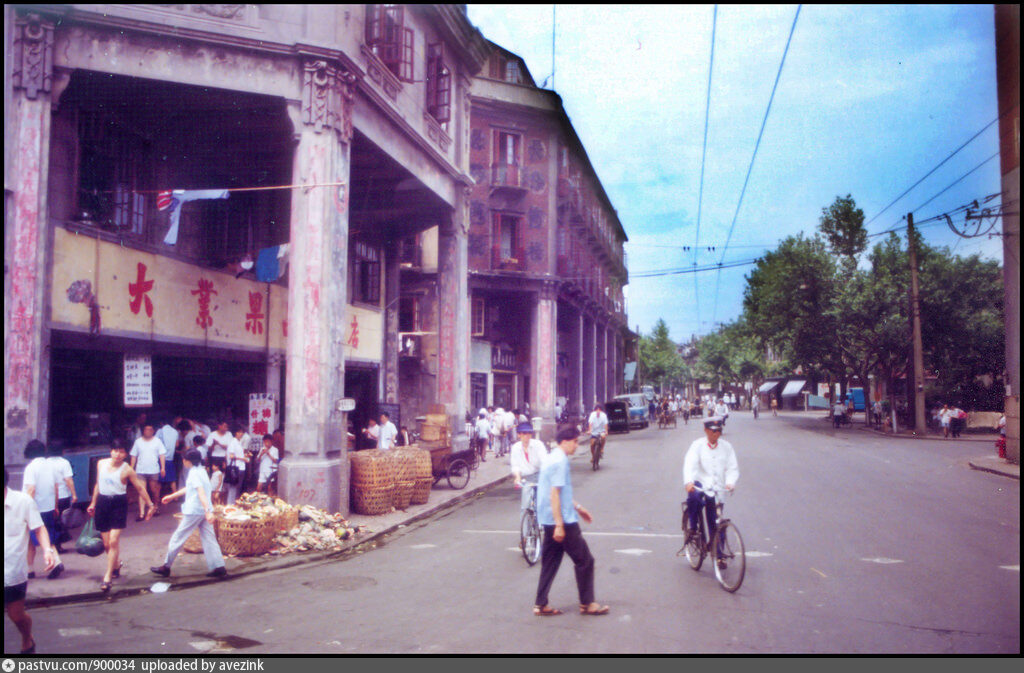 [CONTINUE READING...]
Since the early 1920s it was evident that cars were the future of Shanghai, but central roads had already begun to experience traffic jams. In April 1924, an article in the North-China Herald discussed the terrible conditions of the French Concession's main thoroughfare: "There are whole stretches where all traffic is limited to the speed of the tramway and has practically to stop when it stops."

Rue du Consulat in 1917, before the first arcades came along: 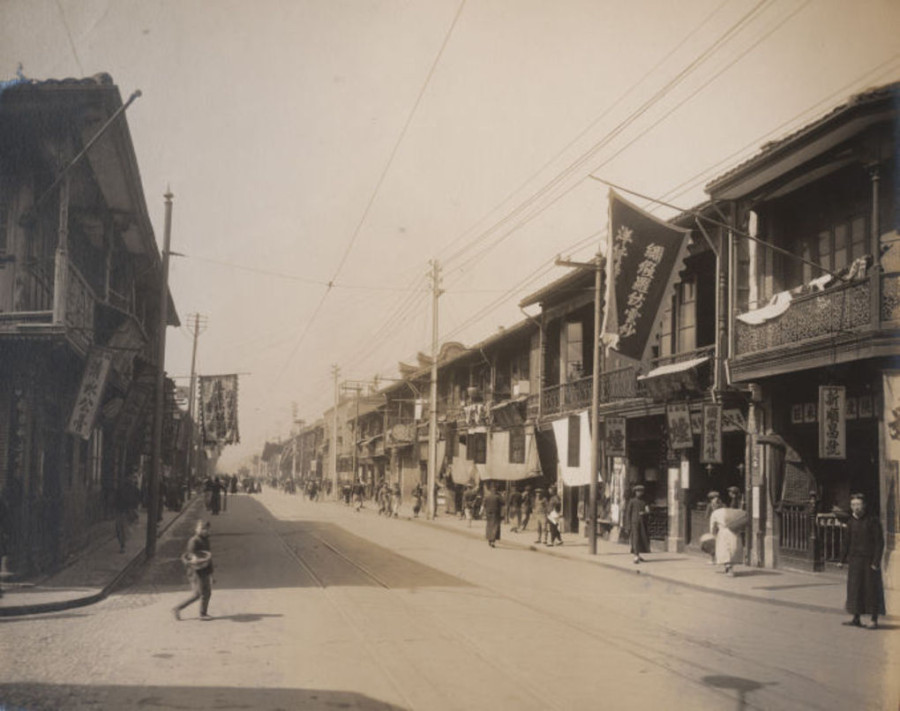 The French authorities decided to give the whole width of Rue du Consulat "completely to heavy vehicular traffic" and to rebuild all the houses along the street as arcades, with sidewalks underneath them. The height of the arcades would be twenty-one feet, "which will make them light and airy, and when the scheme has been completed it should make Rue du Consulat quite an attractive thoroughfare."

Enthusiastic supporters of arcaded streets predicted that Rue du Consulat might then get renamed Rue d'Arcadie or Boulevard des Arcadiens.

The cost of buying the necessary land from individual owners was to be handled by the French Municipal Council; the authorities also bore the cost of the reconstruction. The first building to be rebuilt according to the new guidelines was near Boulevard de Montigny (now South Tibet Road). Another building to switch to the new arcaded style early was the Butterfield & Swire godown on the Bund, opposite the French Consulate, shown below: 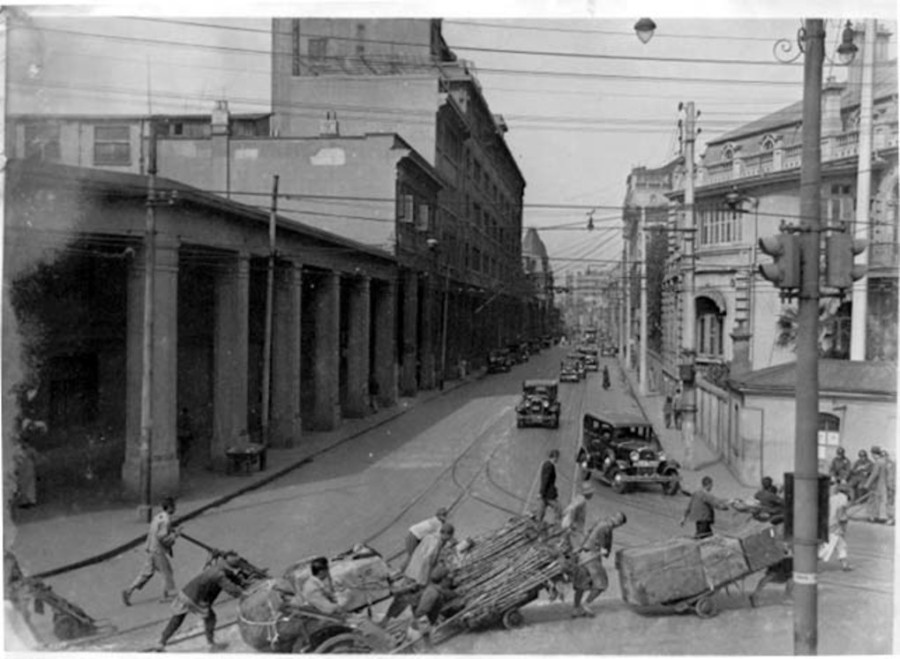 Among the first firms to benefit from the French Municipality's initiative was E. D. Sassoon's company, represented by the real estate firm Probst, Hanbury & Co. They used this opportunity to add extra floors to their property (and to mistype the name of their company twice??): 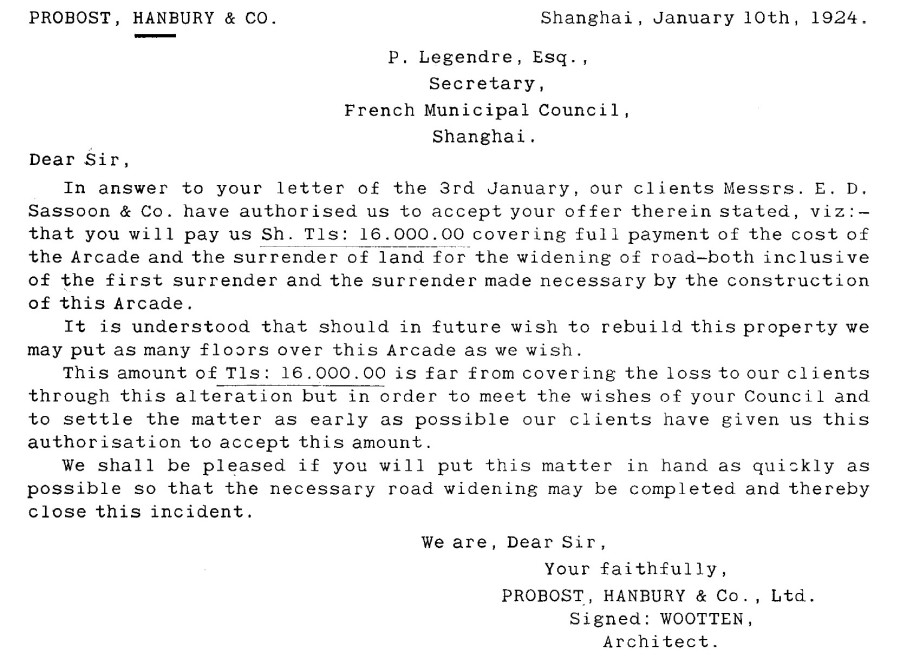 By 1928, new arcades were popping up all along Jinling Road: "In the French Concession whole blocks of Chinese combined houses and shops and cités are going up as a part of the general impetus to building. The Rue du Consulat offers an example of some of this type of construction. In this street, it is the intention of the French authorities that the 'arcade' should be used as a form of roadway economy on what is a narrow artery for the rapidly growng traffic there. By paying Chinese property owners for their land to the width of the arcaded pavement, roadway space is saved or added to, as the case may be, and for this reason the Concession authorities have worked out a scheme of an arcaded avenue. It is their hope that another decade will see a large portion of Rue du Consulat arcaded."

The benefit of arcades for the traffic was evident: instead of sidewalks now there was more room for cars to move alongside the trams. 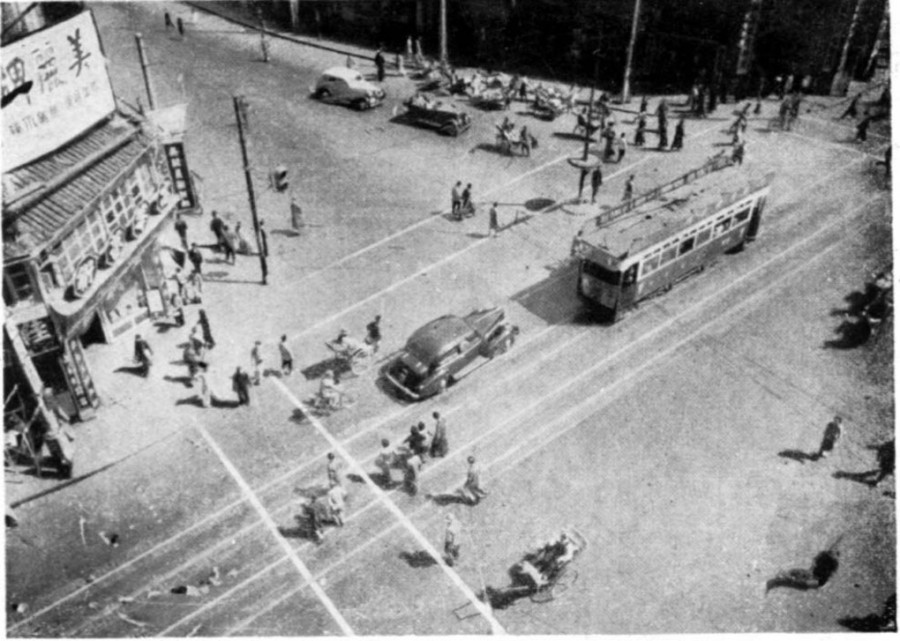 The arcades on Rue du Consulat were a clever adaptation to the perceived demands of the time, which resulted in a unique and beautiful street appearance, with added benefits of rain-proof passages and commercial opportunities. The fears that the street would end up "less picturesque" proved unfounded, because shop signage continued to fly over the road, and there was even more space for colorful vertical advertising on the columns. 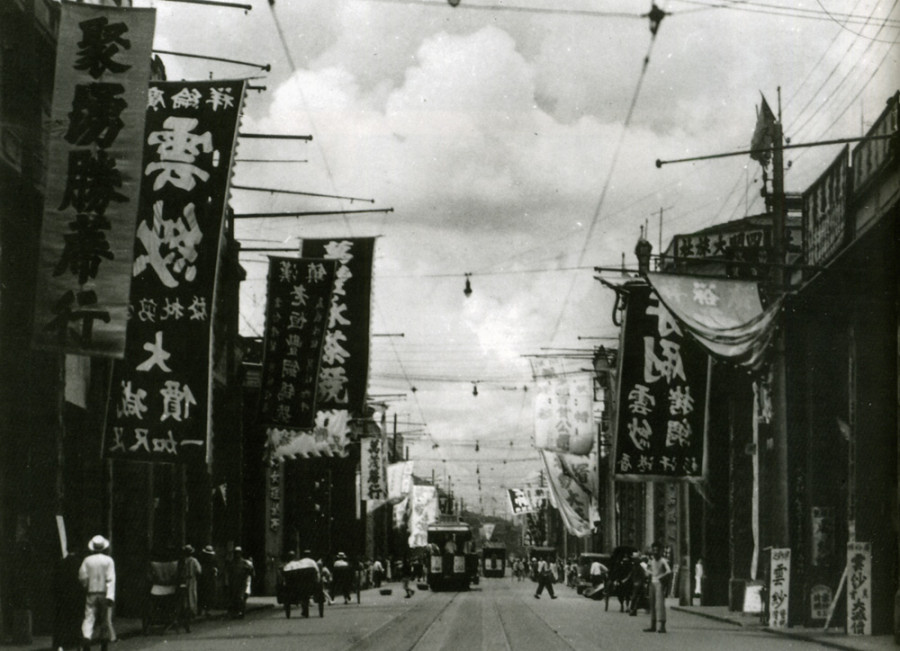 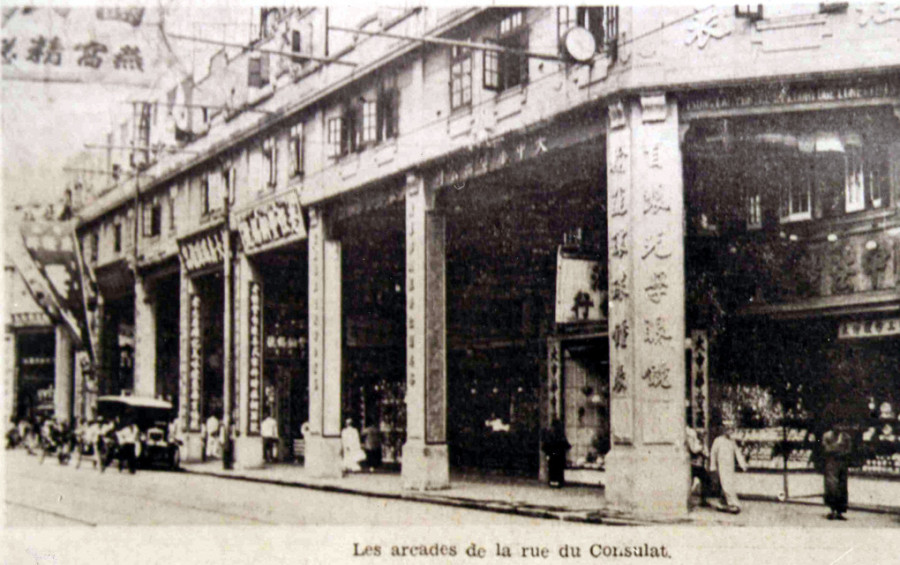 So in the end, it was traffic convenience and not the infusion of architectural ideas from China's south that created the arcades on Jinling Road. Chinese immigrant merchants in Shanghai were extremely numerous and influential, but they did not decide on the architectural styles of commercial buildings. The stores were designed according to the wishes of local real estate developers who meant them to be uniform, practical and adaptable to various uses. 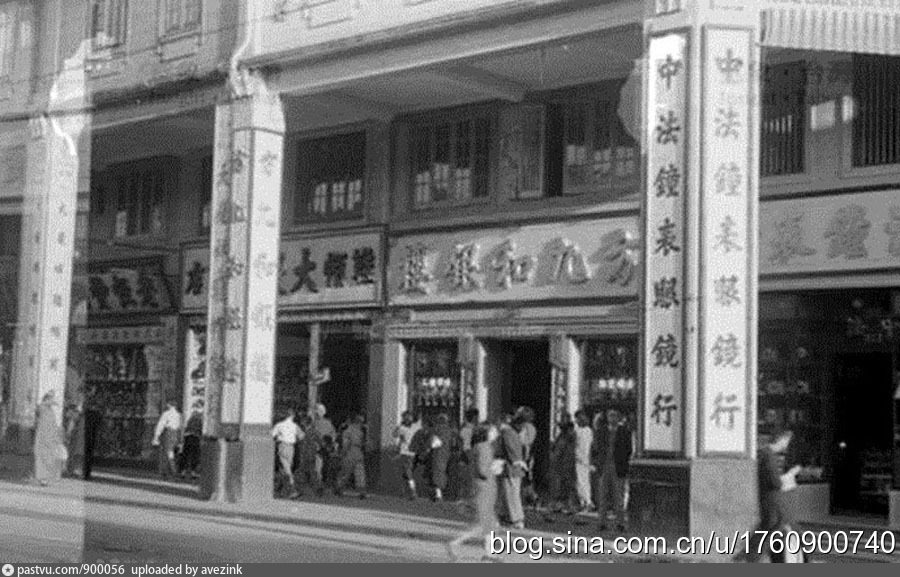 The arcades survived several changes of the political regime. This is Jinling Road, near the intersection of Fujian Road, in 1946: 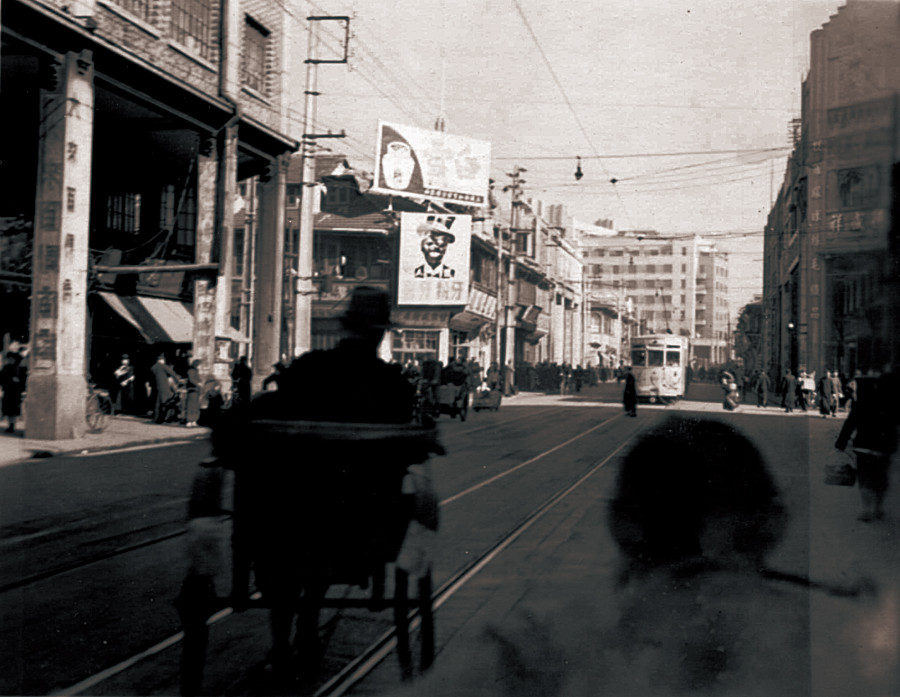 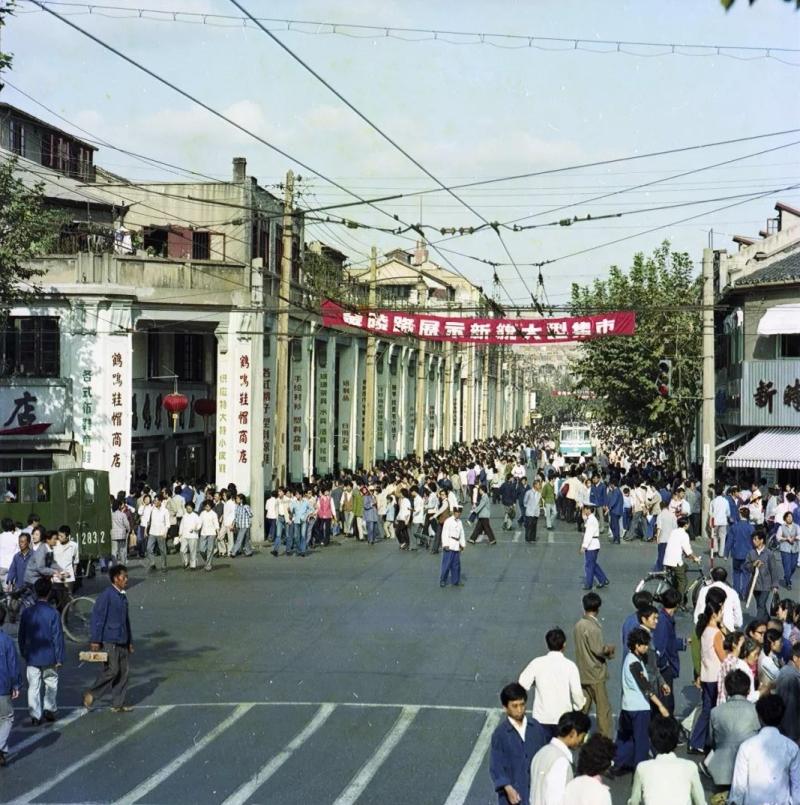 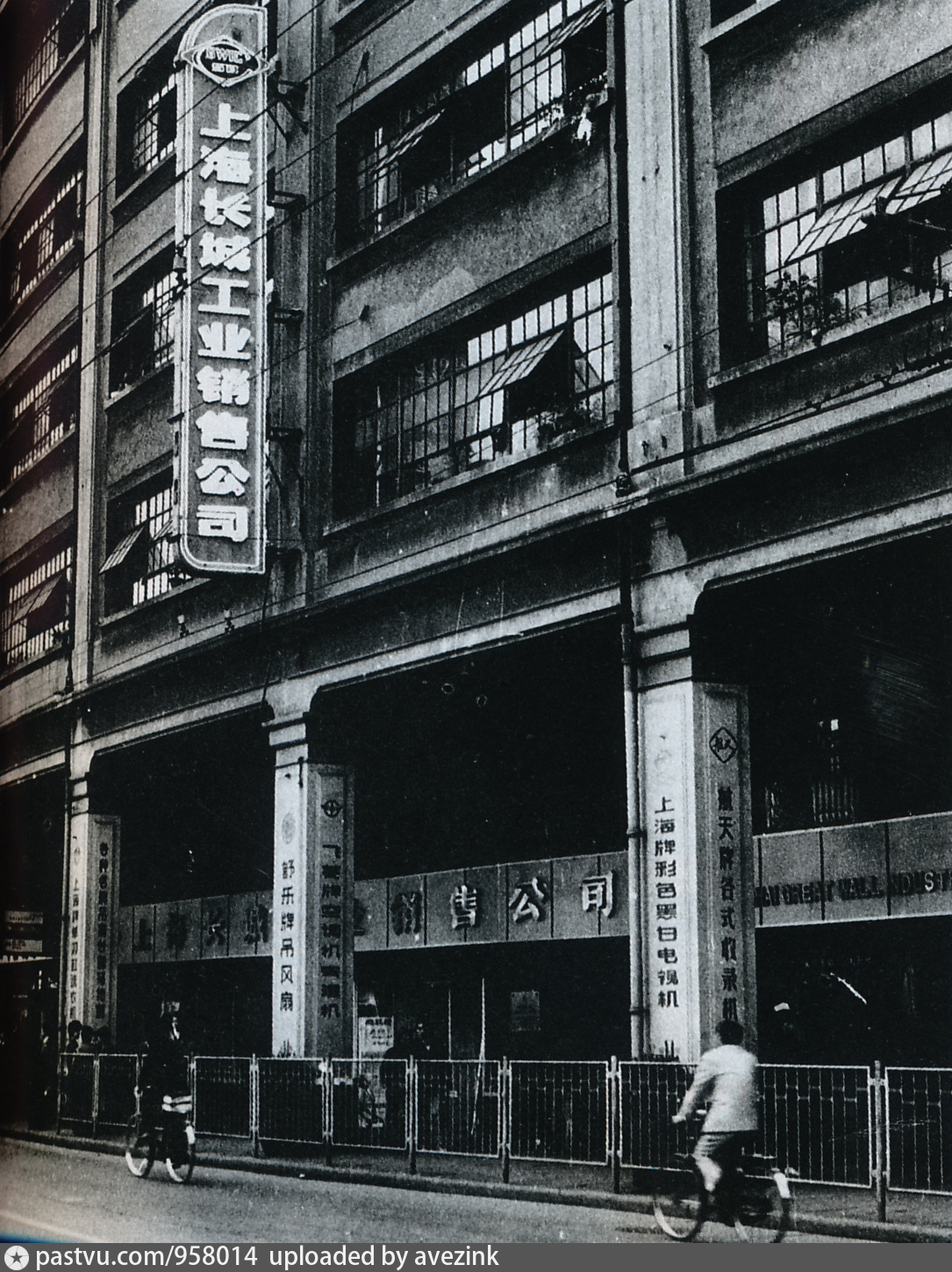 And this is Jingling Road in 2016, after all the businesses and residents had been ordered to move out: 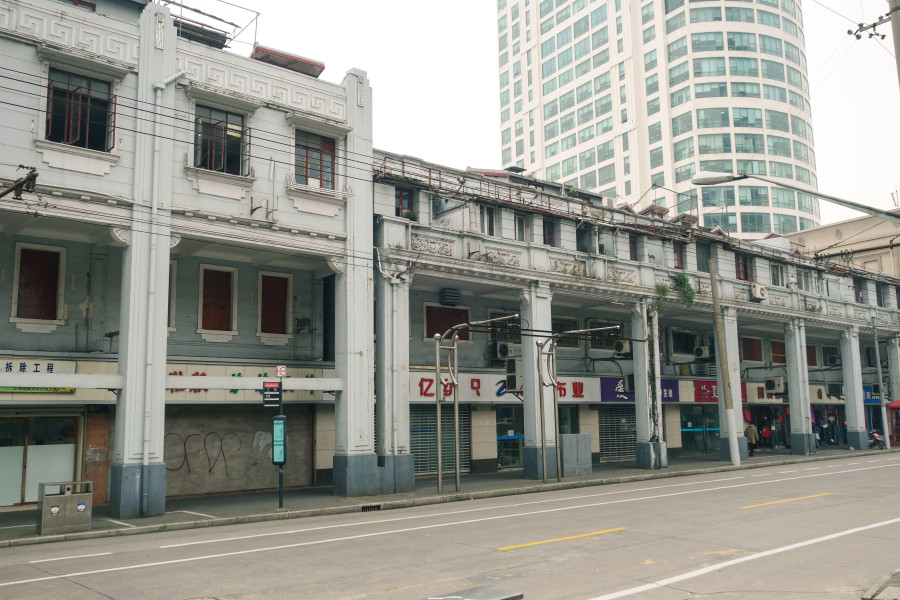 The convenient, attractive and unique arcades were well-used and well-loved during their 90 years of history. It is criminal and cynical that the whole historic neighborhood had to be evacuated, while residential blocks behind the arcades have already been demolished: 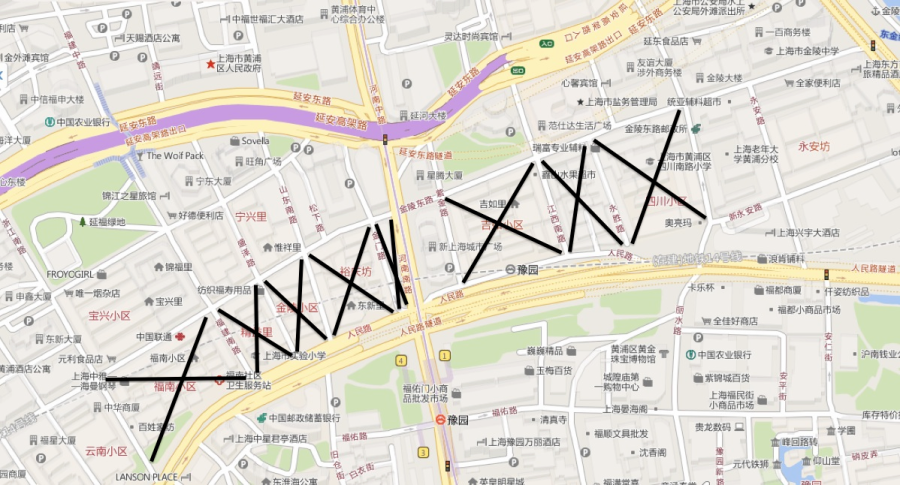