I was admiring this colorful poster of the impossibly wide Nanking Road, when another image in the SCMP article caught my attention. 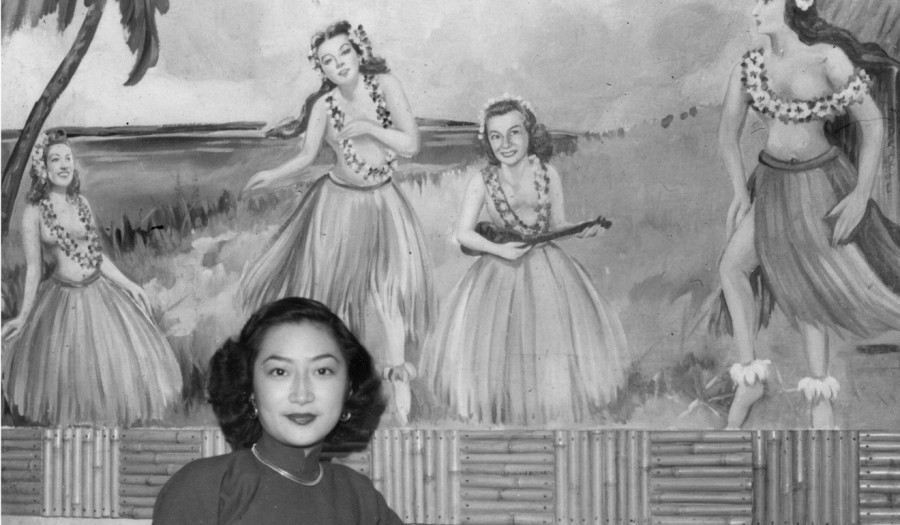 "Isabel Chao at the Airline Club, in Shanghai, on December 9, 1949, a few months before she left the city for Hong Kong. Picture: courtesy of Isabel Chao." Source.

Airline Club was the converted Arcadia, once the largest Russian cabaret in the French Concession, originally opened by Nikolay Plotnikoff. After the occupation ended, the club was bought by employees of several Shanghai airlines, who were 'tired of Shanghai nightclubs with their poisonous booze and exorbitant prices.' Judging by the photograph, the bamboo finish and the tropical theme continued to prevail.

Here is Arcadia as the site of the Miss Shanghai pageant during the 1940s: 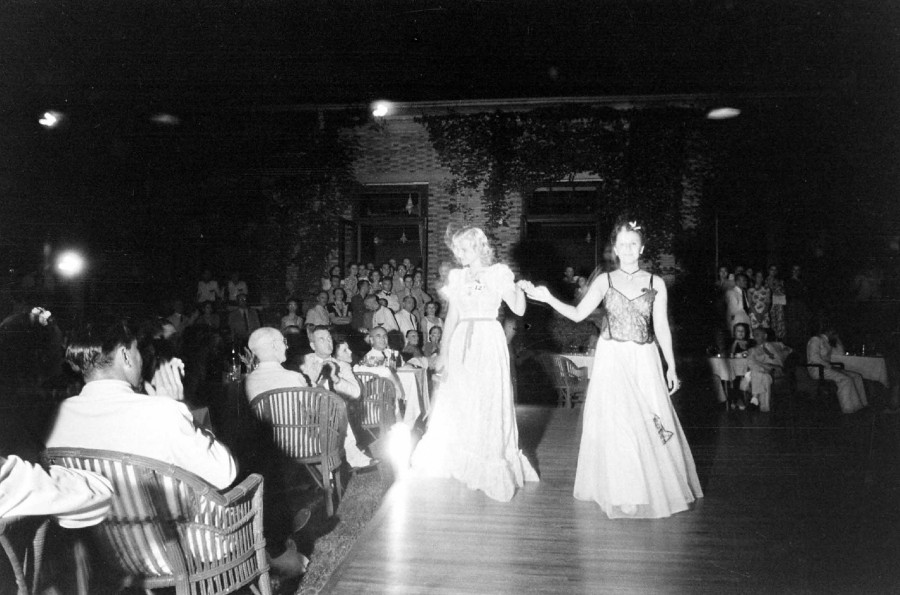 More pictures from this beauty contest, and the jury member's testimony.

I'd love to see this building when it was the entertainment center for the Communist Party cadres, before its demolition in the 1990s.