The Hongkew Market in the 1910s was compared with the Fulton Market, in New York, as testified by J. B. Powell in My Twenty-Five Years in China. 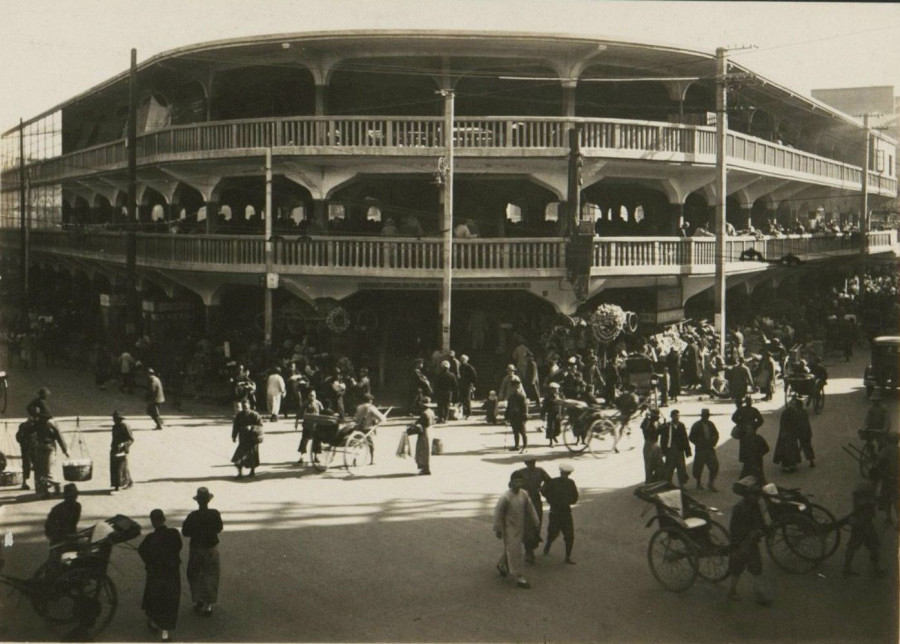 The market had extra floors added in 1916–1917, which intensified the similarity. 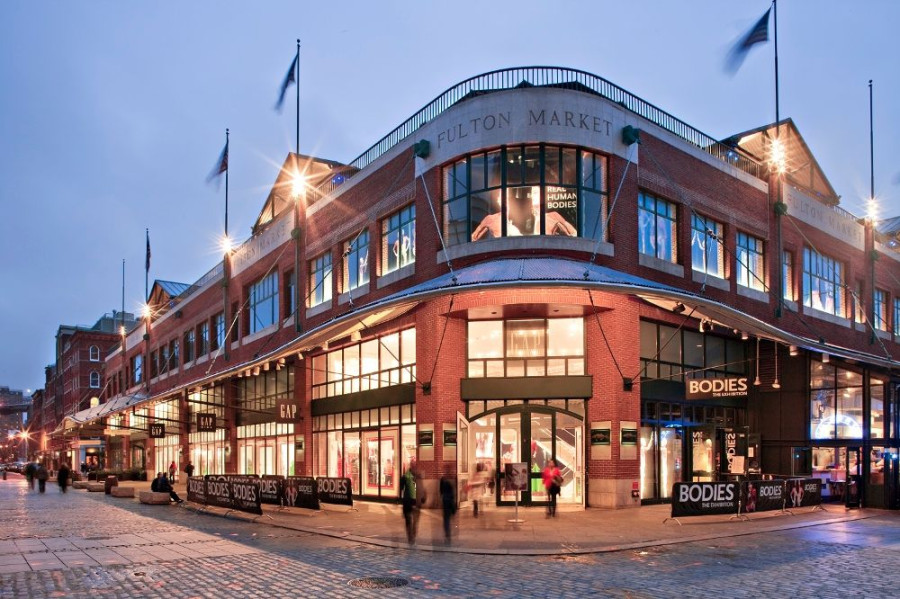 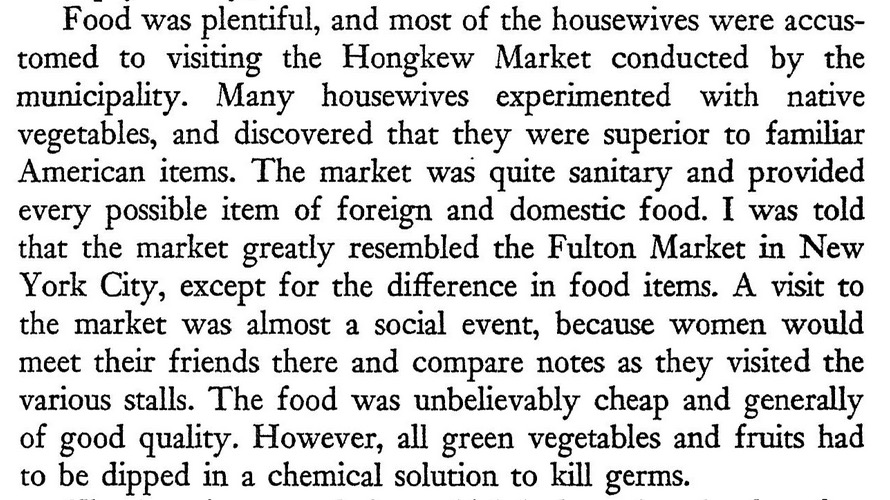 M. N. Gamewell, writing about the same era, compares Shanghai's Hongkew Market with the Covent Garden in London, in The Gateway to China: Pictures of Shanghai (1916): 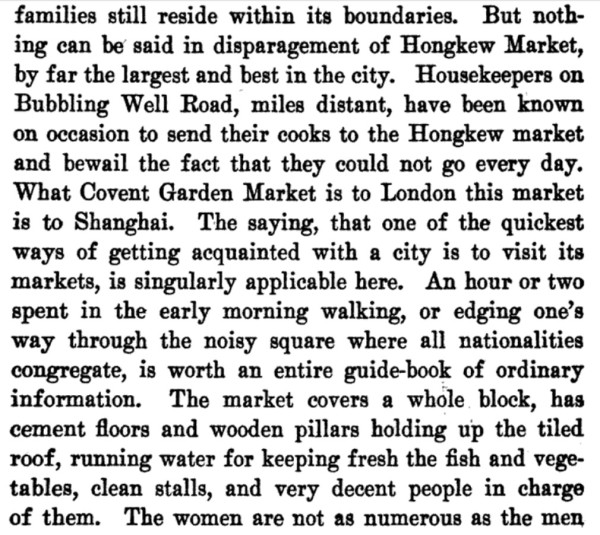