The most recent batch of photos uploaded to Virtual Shanghai is quite a treat. Someone went around the city between 1930 and 1932 and meticulously photographed car sales offices, showrooms, service stations and garages. The result is a unique collection of little-remembered architecture that lined ordinary streets in the International Settlement and French Concession. Some of the buildings are very utilitarian, while others are nothing short of spectacular. I tried to identify the locations where I could.

This art deco beauty was right next to the Lyceum Theatre in the French Concession: 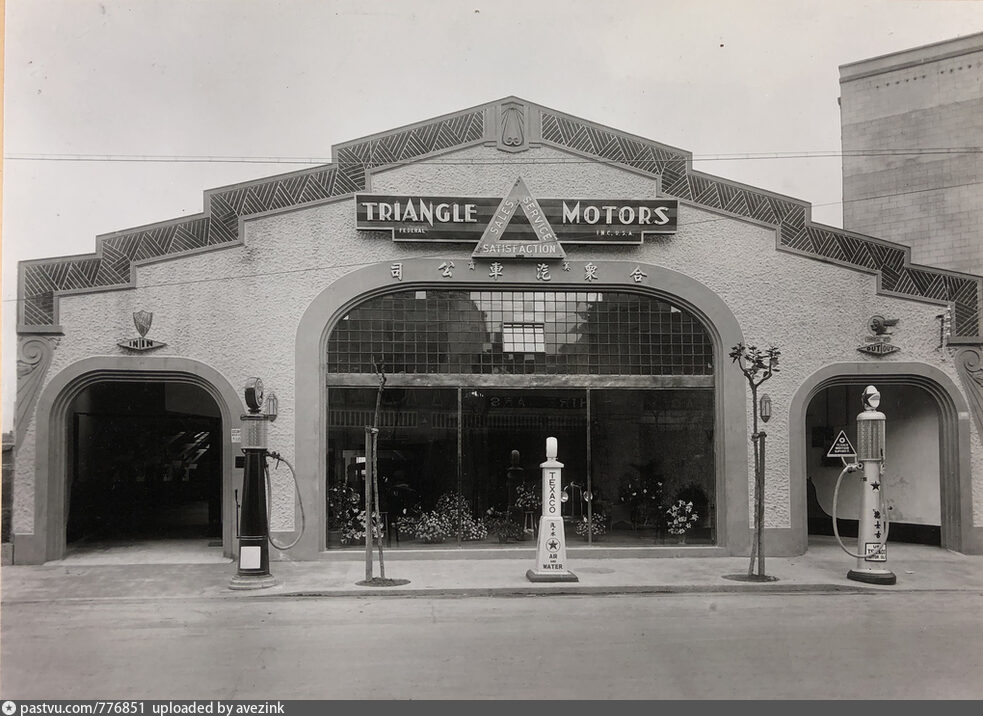 The interior was also triangle-themed: 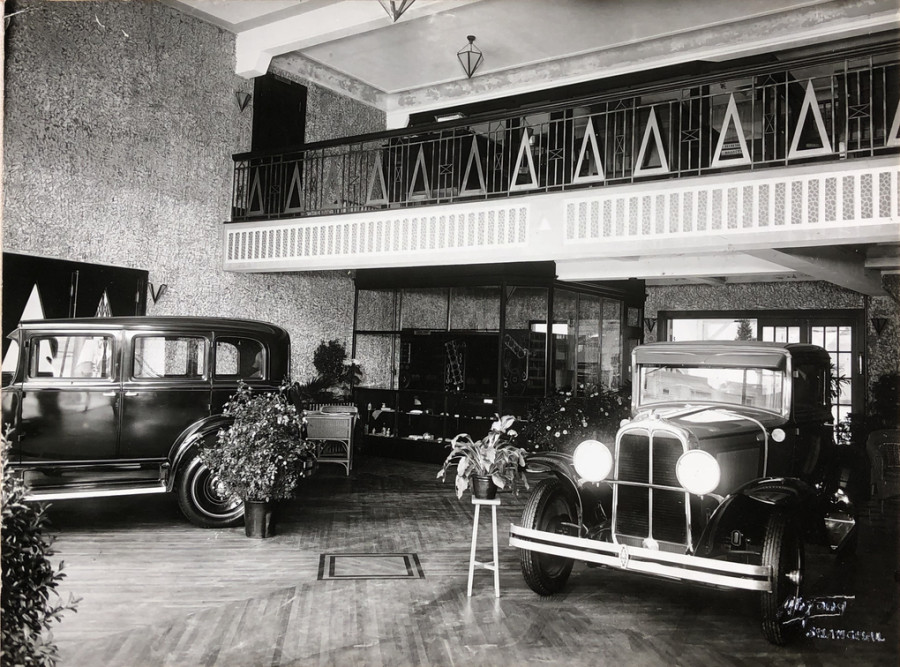 This sprawling auto salon Honigsberg & Co. occupied the site of the Park Hotel: 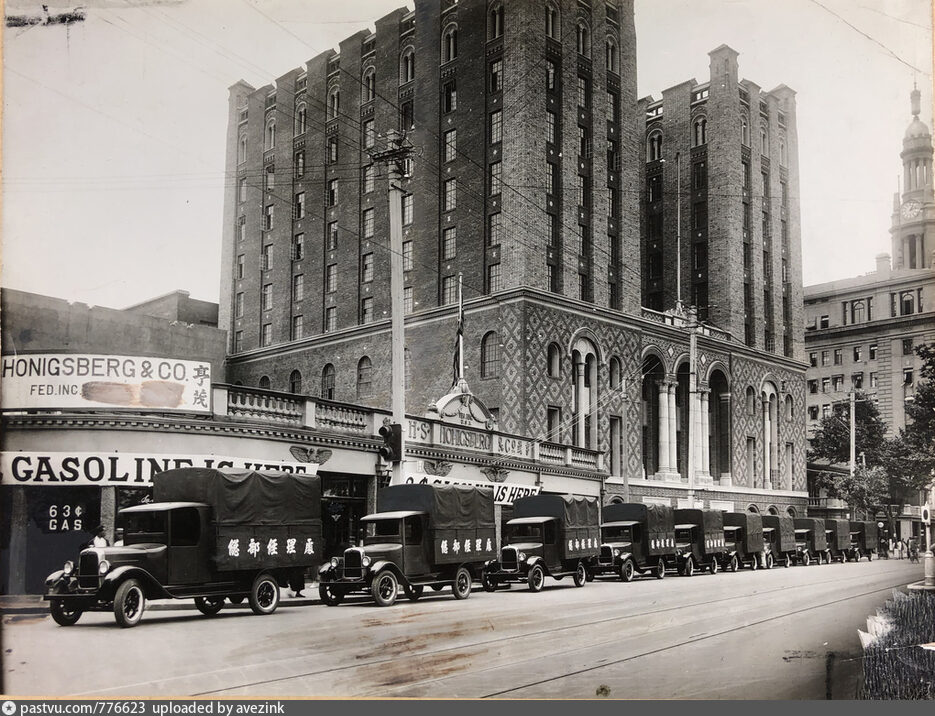 In fact, part of it survives to this day, built over and joined with the Park Hotel:

This exotic beauty on West Nanjing Road is still around: 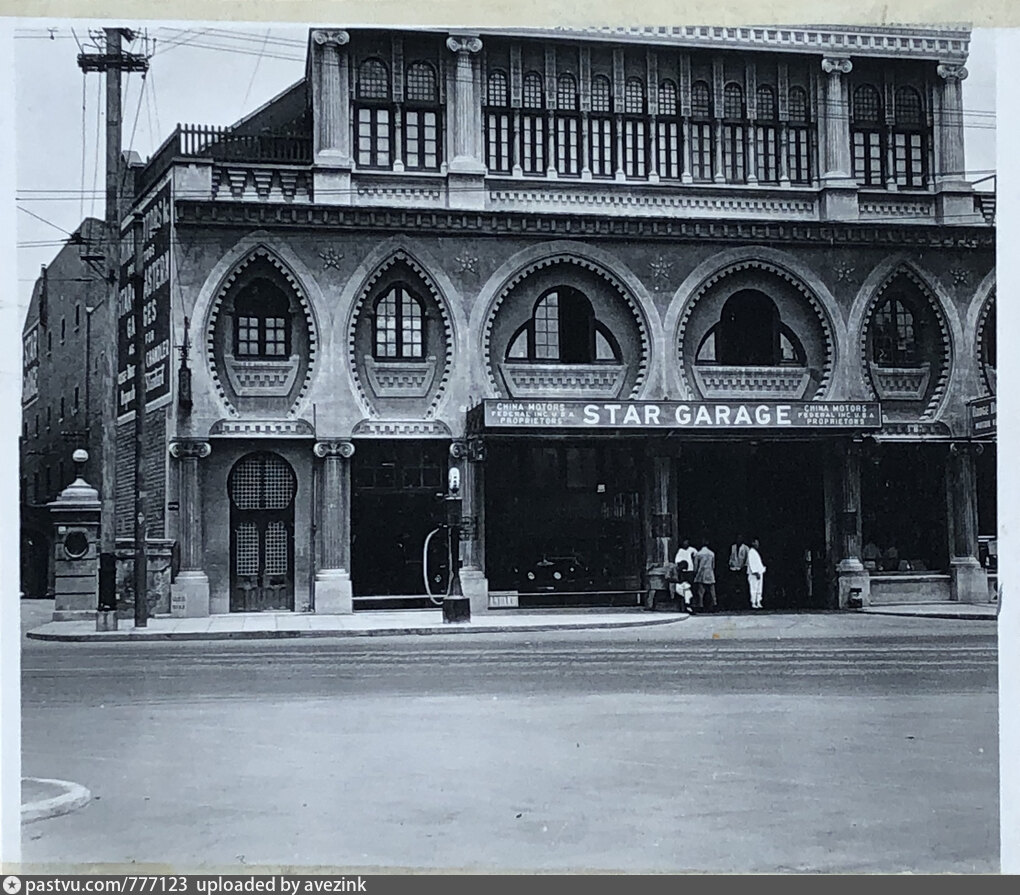 Bills' Motors at the corner of Maoming Road and Yan'an Road still operates as a car dealership. It had an extra floor added some time in the 1930s: 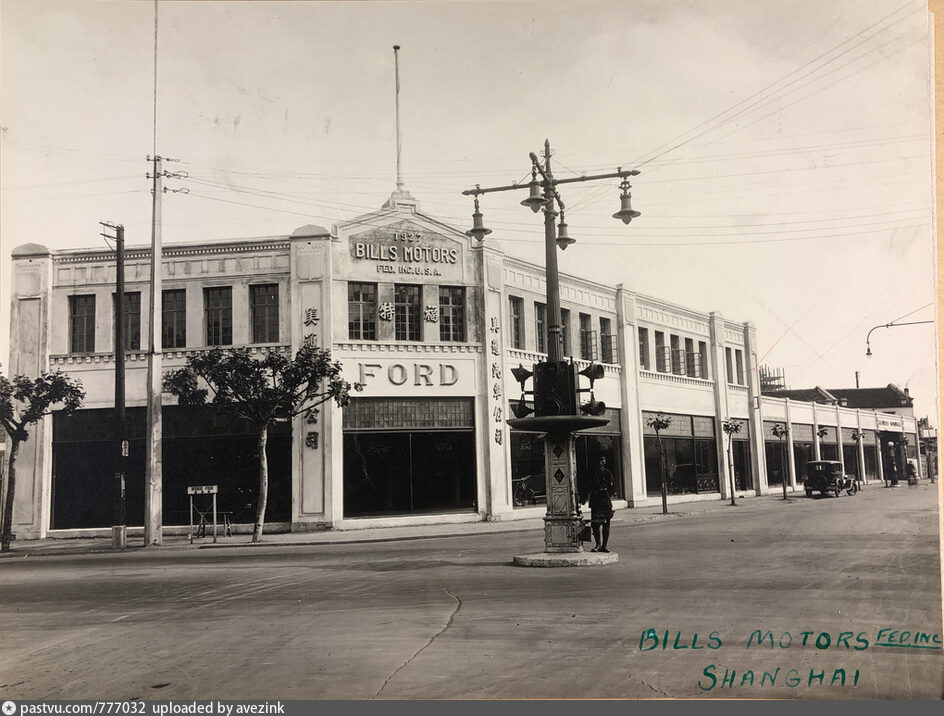 The Grand Garage Français at the corner of Avenue Dubail and Avenue Joffre, unfortunately, perished during the widening of Chongqing Road: 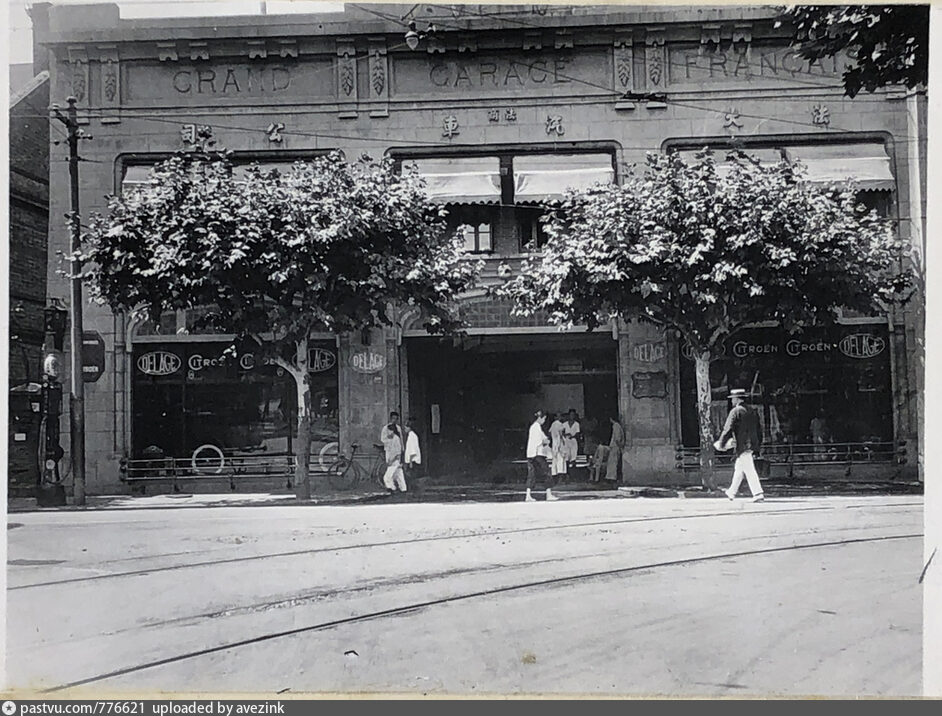 The Bubbling Well Garage, at the mouth of Love Lane, became the China Garage after 1926, but the new owners maintained the original typeface and the word 'garage' – to save money on signage, perhaps? 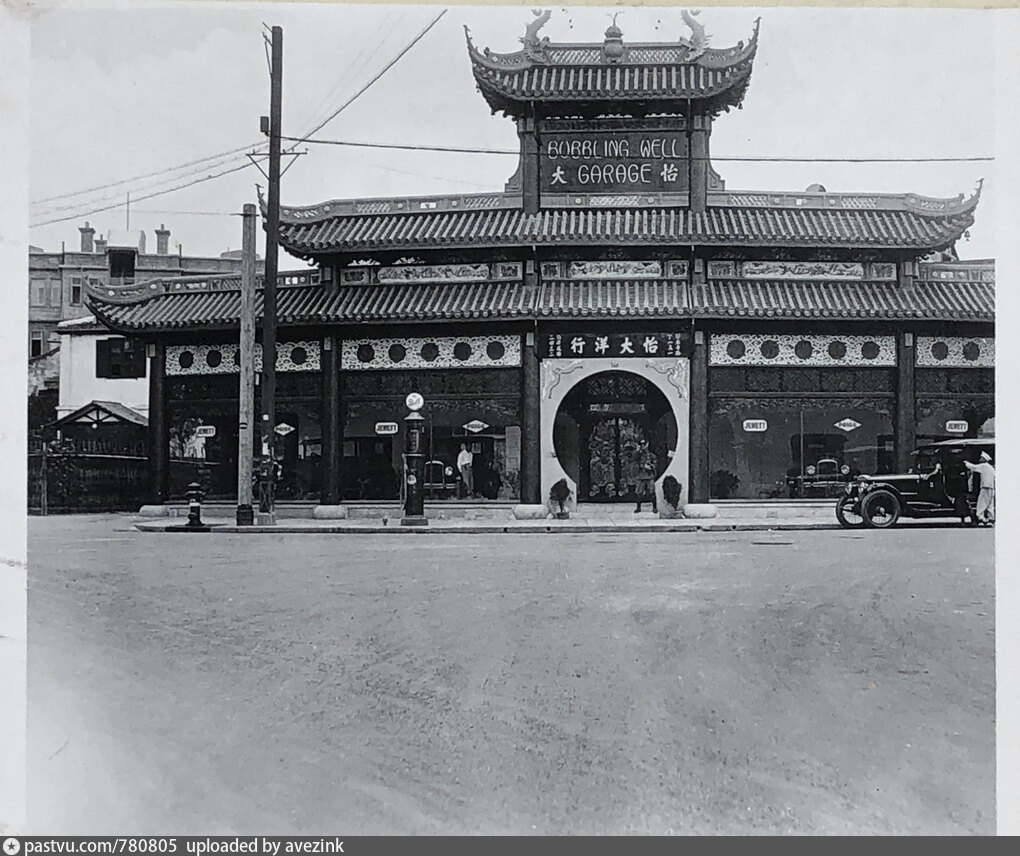 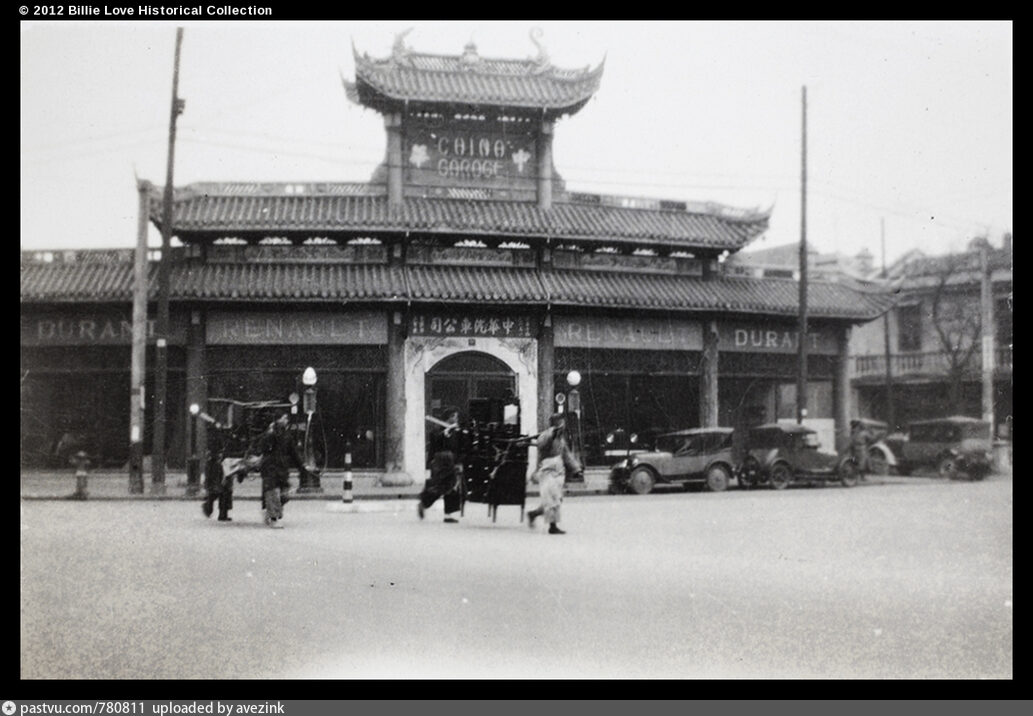 The Horse Bazaar and Motor Supply was, for a while, the last low-rise building on the north side of the Racecourse, trapped between such giants as the Foreign YMCA and the China United Apartments (CUA): 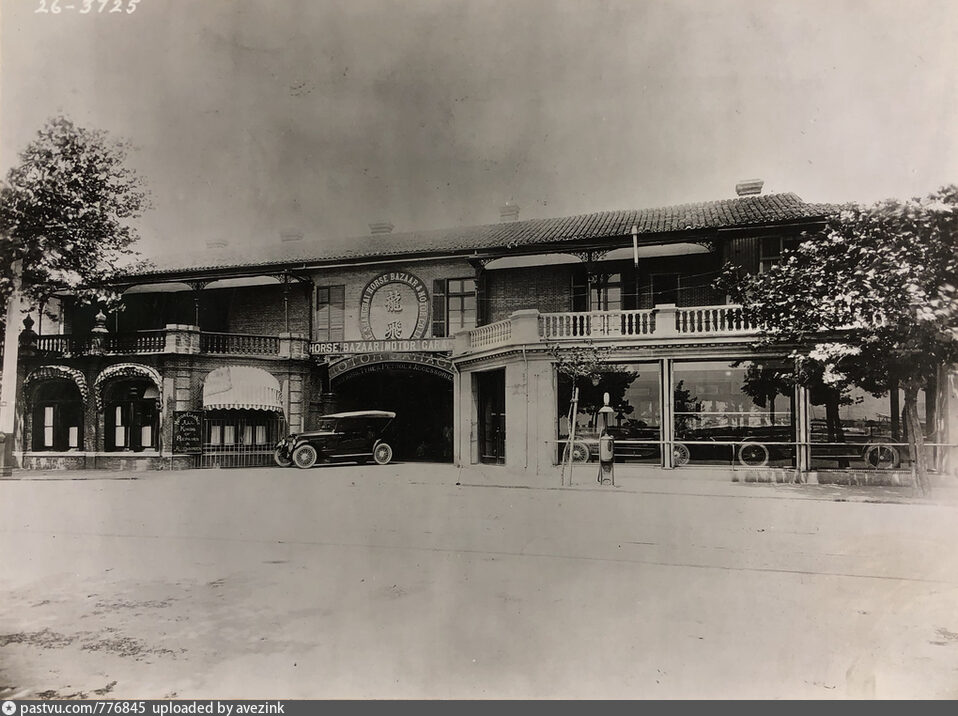 That Shanghai would become an auto capital was evident already at the dawn of the 20th century. In 1911 there were several Chinese and foreign taxi companies and car rentals in Shanghai. The building of the Central Garage that opened on Hongkong Road in 1921 was the largest in the Far East: 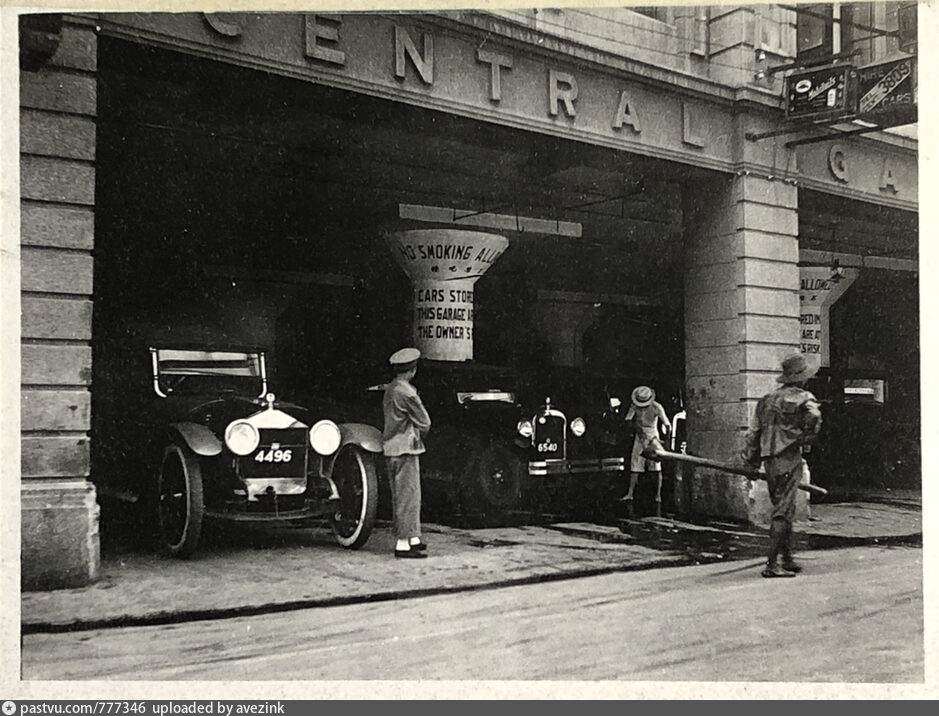 The Honigsberg salon (at the Park Hotel's spot) was at the same address already in 1920, and possibly earlier: 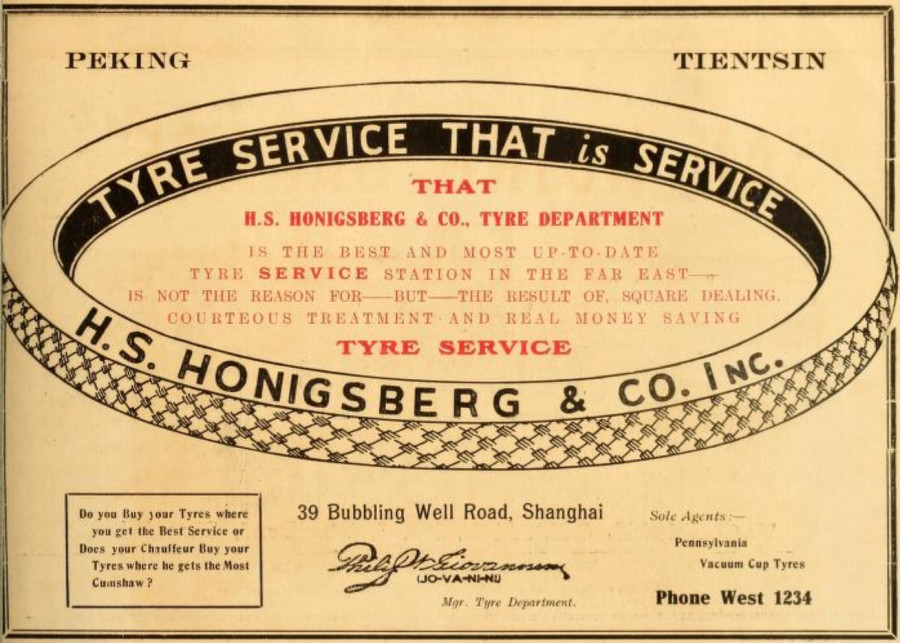 In 1919 the Oriental Motor magazine began to be published. It once ran a photo of the west end of Avenue Joffre, near today's Tianping Road, with a caption: 'One of Shanghai's invitations to motorists. Looking out Avenue Joffre from Route Prosper Paris.'

For more auto-related texts and photographs, I recommend the rest of the NARA collection, the Oriental Motor magazine and this PhD thesis.