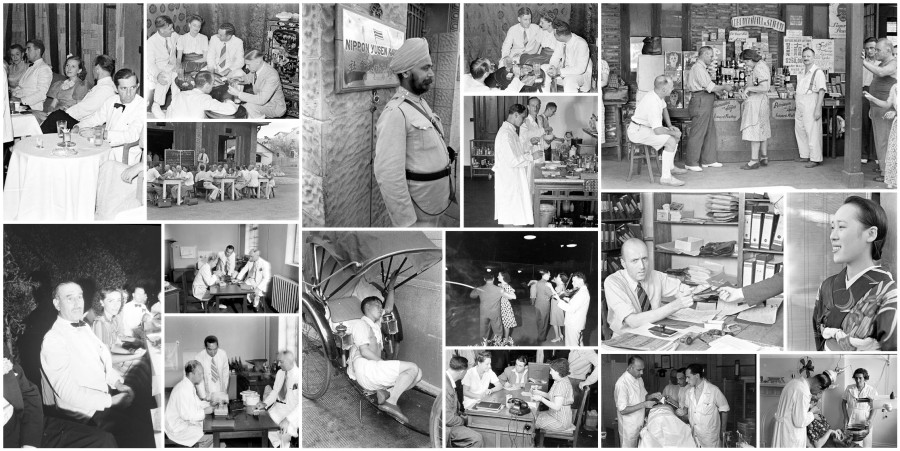 The provenance of this large set of photographs of Shanghai in 1940 has puzzled me ever since I found it. These photos are particularly interesting because they extensively document a large number of parties in Shanghai's cabarets and restaurants. I discussed some of these photos in an entry on Alexander Vertinsky, Victor Sassoon and Larissa Andersen in the same picture. Finally, I found this information on the identity of the photographer. It would be great to locate A. T. Hull, Jr.'s filmed footage of Shanghai! 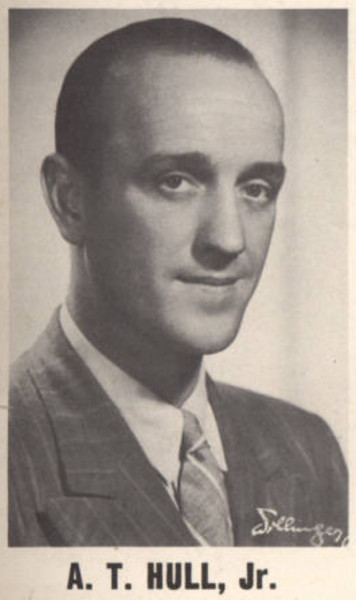 From University of Iowa Libraries.

'A. T. Hull, Jr. has been in the Orient filming every aspect of life in the war zones and the yet bomb-free Japan, Indo-China, Malaya, etc. He made a short trip home in 1939 to receive the national award for outstanding achievement in the international field of newsreel photography with his films on the bombing, firing, Chinese evacuation and Japanese occupation of Canton, which were called the world's best. He also lectured at that time before a few outstanding audience groups in the United States. In the Far East almost continuously since the outbreak of the Sino-Japanese war, he has exposed more than 200,000 feet of film in that time. However it is not restricted to war footage, but is a streamlined documentation of the cause and effects of the war, photographed progressively over this period of years and covering both sides impartially.'

'A daredevil cameraman, A. T. Hull, Jr. has survived more than 300 air raids upon Chinese cities — has filmed the Chinese and Japanese armies in combat — followed the westward trek of the Chinese people bearing factories on their backs — traveled with the Japanese Army through the occupied zones and into Mongolia and Machuokuo to photograph the conquerors and their carpetbagging agents administering their spoils — filmed the daily life of Shanghai which in its International Settlement offers the one haven in the world for visaless refugees from Axis persecution in Europe — tracked down the amazing story of medical triumph over spotted typhus that formerly killed its victims in a day's time — took his cameras into Thailand and French Indo-China in the spring of '41 to film Japanese occupation of strategic military and naval bases — visited the primitive Moi tribes in the Indo-China jungles — traveled through Malaya and while there filmed the great naval and military base of Singapore daily reinforced by arrival of additional British Empire troops and naval units and an ever-increasing flood of Lease-Lend aid from America — met and filmed the leaders and peoples from one end of Eastern Asia to the other. His motion pictures are a superb and unique record of the Orient today — the most complete camera portrait now available. Mr. Hull lectures with or without films on general topics or subjects of special interest to his audience. His film material is black and white 35 mm., supplemented in 1942 with some background material, 16 mm. Kodachrome. A vigorous and forceful speaker, an authority on the Far East, he analyzes events and policies of the powers in the Orient with understanding based upon long study, direct knowledge and observation.'

'A Virginian by birth, citizen of the world by inclination, A. T. Hull, Jr. was educated in schools throughout this country in accordance with a novel plan of his father to have the boy attend a different school each semester. Between sessions he was sent on extensive world tours and soon was as familiar with far-distant ports as with San Francisco and New York. Landing in Los Angeles from one of these trips, he guested on a radio program and was then engaged to conduct a series of travel programs several years. Later he engaged in private business, but the lure of travel and camera adventure proved too strong and he returned to the Orient in 1927 as Editor-in-Asia for RKO Pathe News. There his narrow escapes from bombs, fire, flood, disease and other. forms of destruction current in the Far East have kept close pace with his frequent arrests on suspicion of being a spy.'

Source: The University of Iowa Libraries.