In a great and enlighetened (as well as well-funded) move the Stanford Libraries have made the complete collection of Francis Stafford's photographs of China available online in hi-res, fully downloadable. What joy! I used to scan the book The Birth of a Republic to get photos like this: 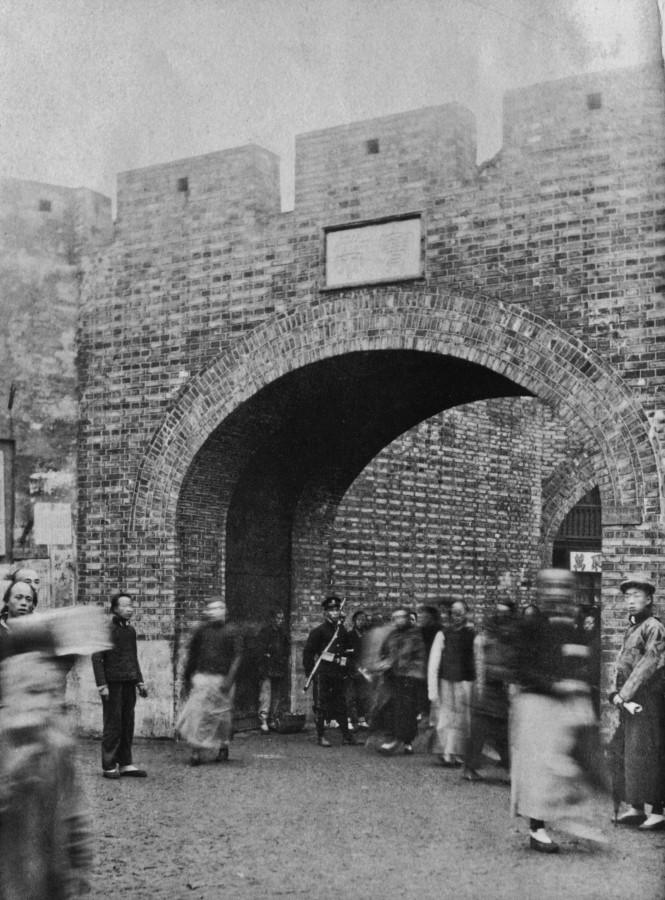 The only weakness of this digitization project – no captions. No locations, dates or personalities.

Historic photographs taken inside the walled city 老城厢 are painfully few; those with identifiable locations are even fewer. I cannot be 100% sure, but I am convinced the following two images found in the Francis Stafford collections, depicting the protestant chapel Fuyintang 福音堂, are taken in the old city. There were several such chapels in Shanghai, but the one on Sanpailou Road 三牌楼 was accessible from a narrow storefront just like the one of the image. Moreover, the present-day buildings on the street are still 3-story row houses that have been extensively renovated on the outside. Inside the block, a rounded end of the once-elongated church hall still survives. 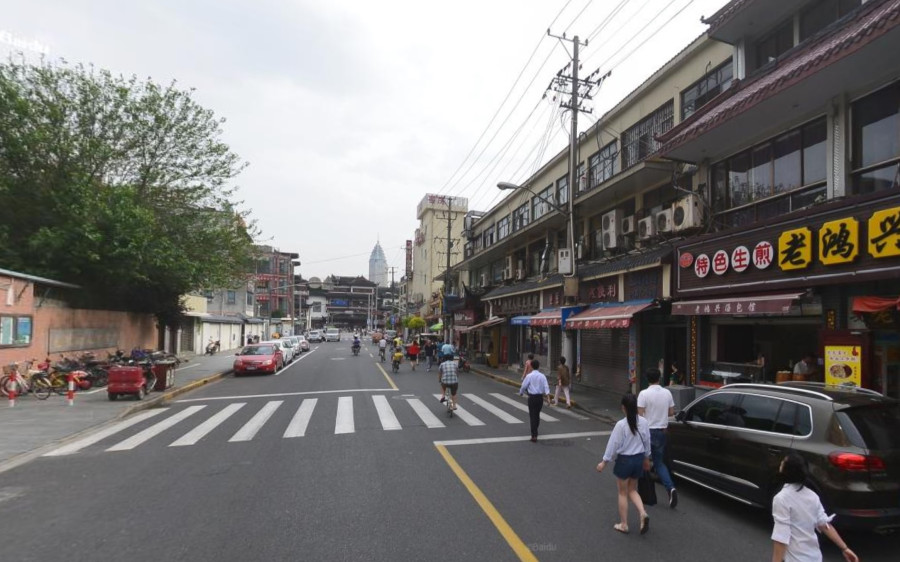 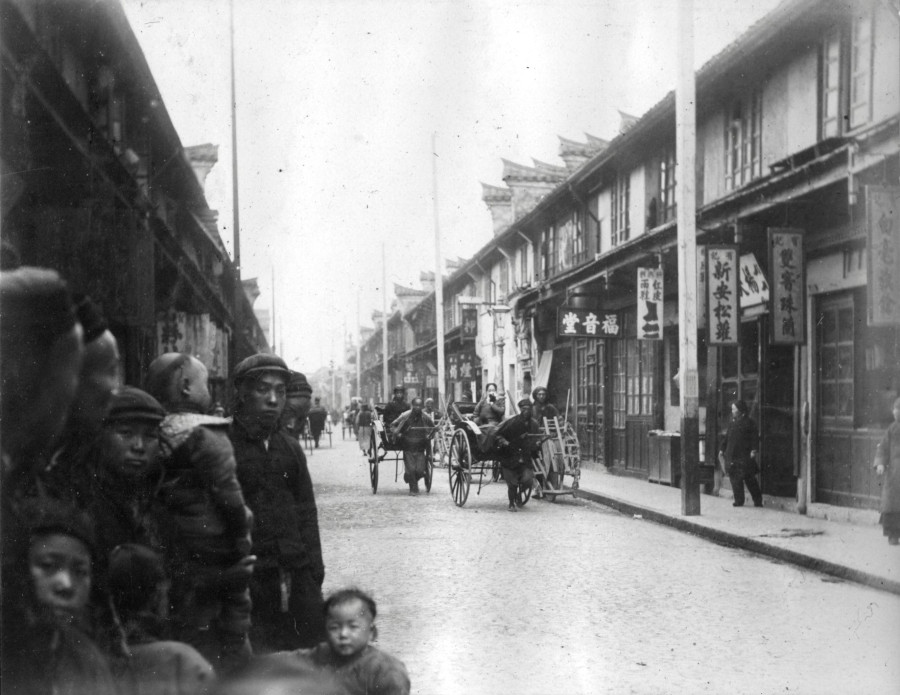 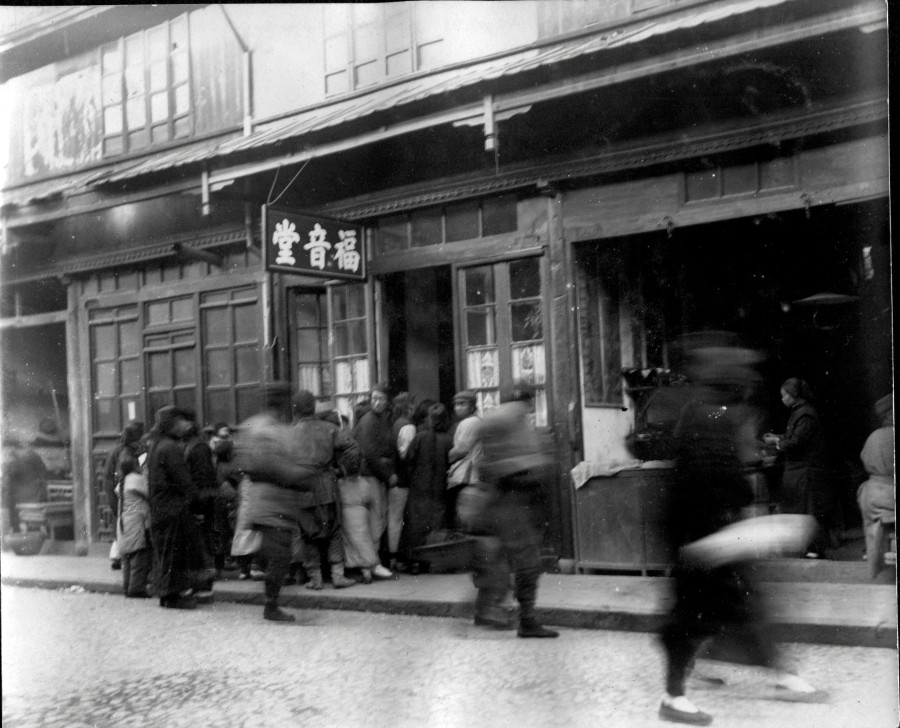 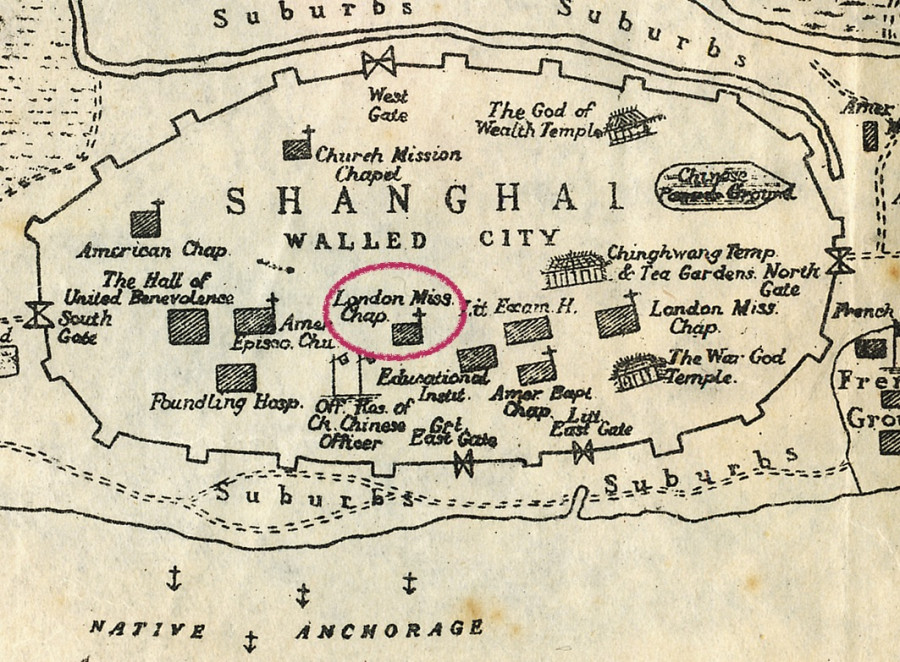 Shanghai Walled City in 1855. From Lanning & Couling's History of Shanghai. 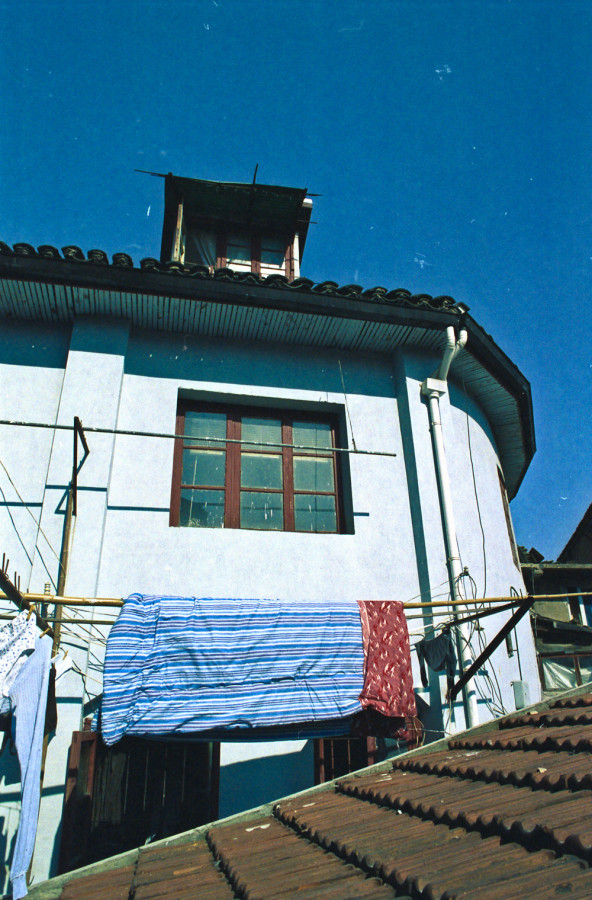