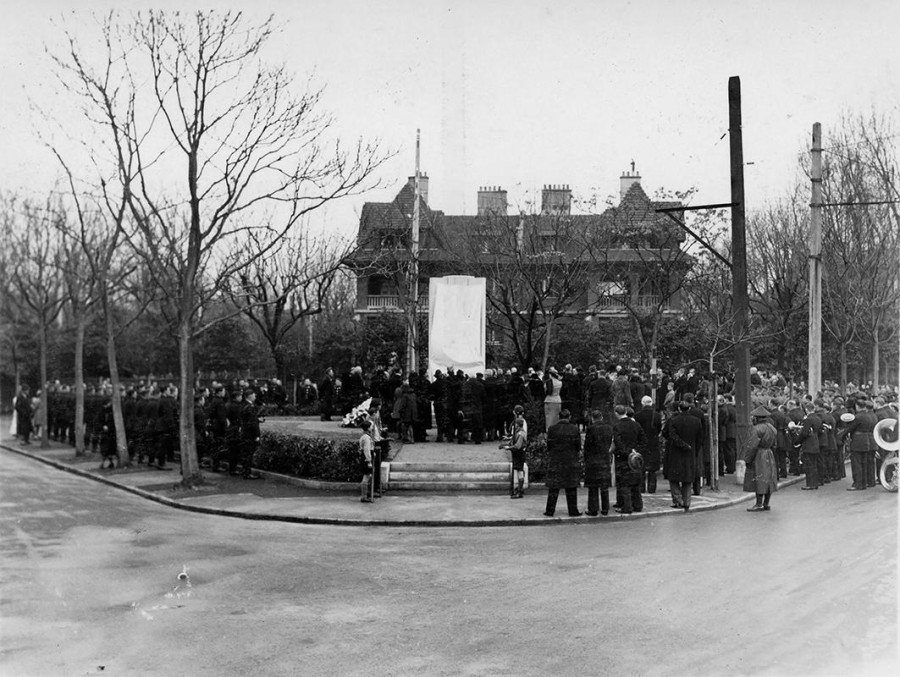 'Shanghai's tribute to the genius of Alexander Pushkin, the great Russian poet whose works so strongly influenced the national character of his countrymen, a monument was unveiled at a ceremony on February 11. The site at the conjunction of Route Pichon, Route Ghisi and Rue Henri Riviere was presented to the sponsors of the memorial by the French Municipality.' The bust of the poet was designed by Victor Podgoursky and cast in bronze by W. Wagstaff. 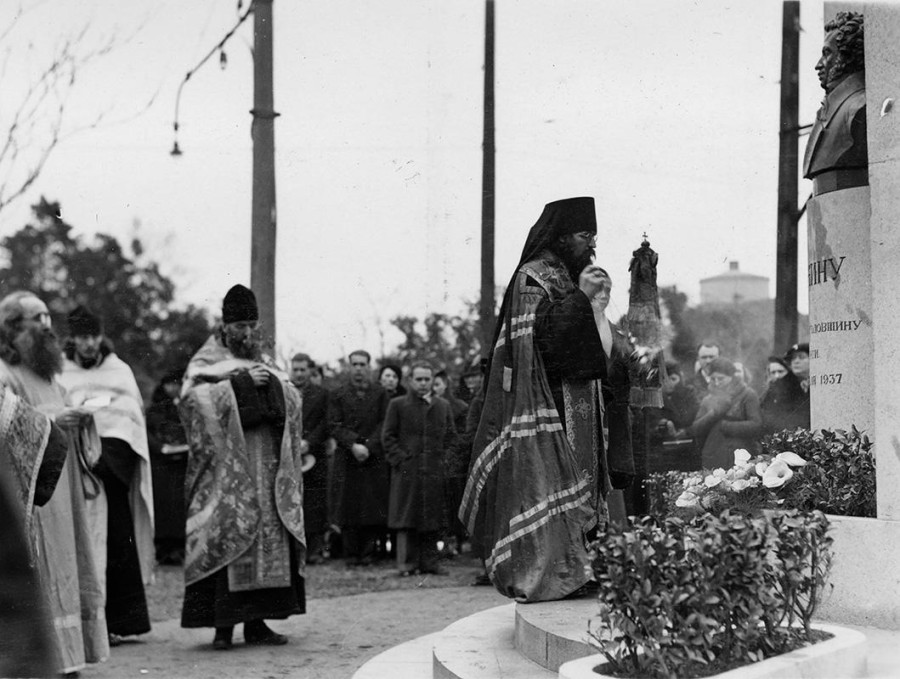 Father John blessed the newly unveiled monument. 'The short religious service [...] included the singing of the religious anthem 'Kol Slaven' by a Russian choir accompanied by the French Police band.' 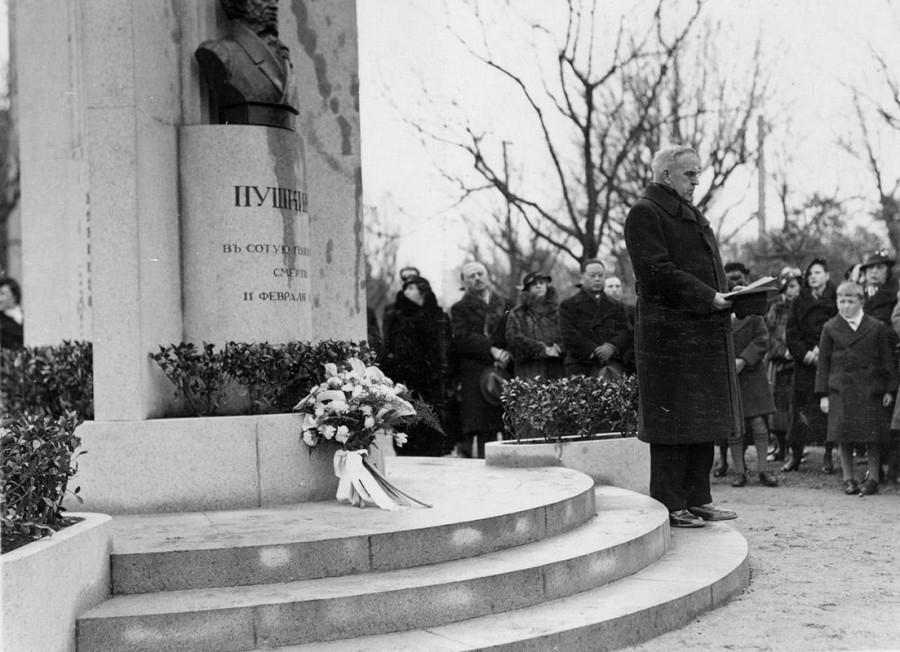 Professor V. V. Lamansky addressed the audience with a speech, reiterating 'the gratitude of the Russian community to the Chinese and foreign authorities for the sympathy and goodwill.' 'The ceremony came to a close with a march past the monument by a large crowd of Russian schoolchildren.'

See these historic photos on the map.

The images are from here. The quotes are from The North-China Daily Herald, 17 February 1937.