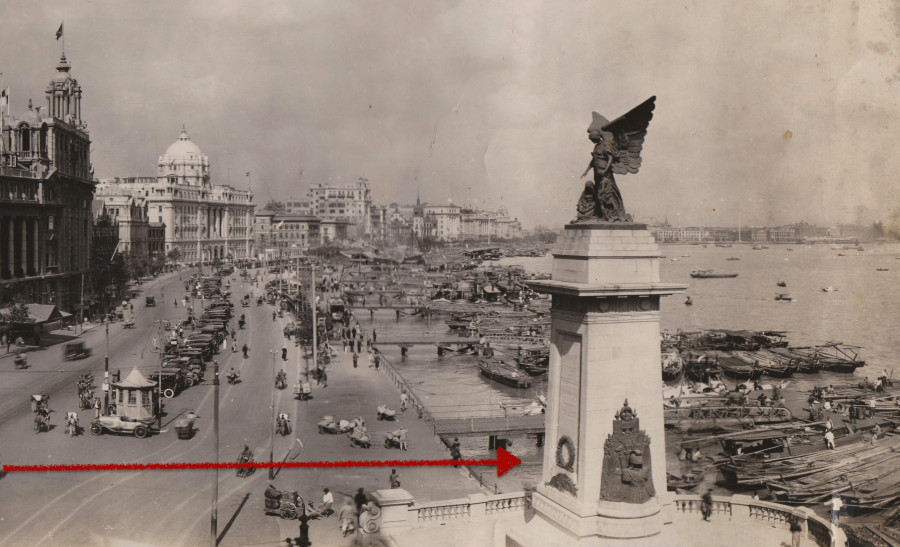 The embankment near the turn of Avenue Edward VII.

Low tide, speed and a lucky chance saved Mr. Y. Bendorf, 1552 Avenue Joffre, from almost certain death in the Huangpu early on Sunday morning when his motor car, a Citroen two-seater, raced over the Bund footpath at Avenue Edward VII, snapped the chains which form a railing along the embankment, and came to a neat halt on the muddy river bottom some 12 or 15 feet below.

Save for the misfortune of being liberally splashed with Huangpu mud, Mr. Bendorf suffered no injury. The motor car shows no signs of damage other than that occasioned by the wash of the tides. Owing to the New Year's holiday, it has been impossible to have it removed from its watery stall, but arrangements have been made to place it back on the pavement level today.

According to the police reports of the accident, Mr. Bendorf was driving from west to east in Avenue Edward VII. As the car came to the Bund, an astonished Chinese police constable on point duty saw it, instead of taking the turn into the Bund, speed over the footpath and disappear into the Huangpu. The constable rushed to the scene. He found the car standing on all four wheels in the muddy river bed. Mr Bendorf, who was alone in the car, crawled out from the driver's seat and with the constable's assistance managed to reach the Bund pavement covered with mud but unhurt.