I am working on a paper for a food-themed history conference, and as I was going through my sources, I reread the article The Russians in East Asia by a certain Colonel Nikolayev. It was published in 1944 in The XXth Century, a Nazi publication covered by Paul French. This time I looked closer at the illustrations, and although the image quality is low, I realized the men on both photographs look strikingly like Vladimir Zhiganov, the author of Russians in Shanghai. 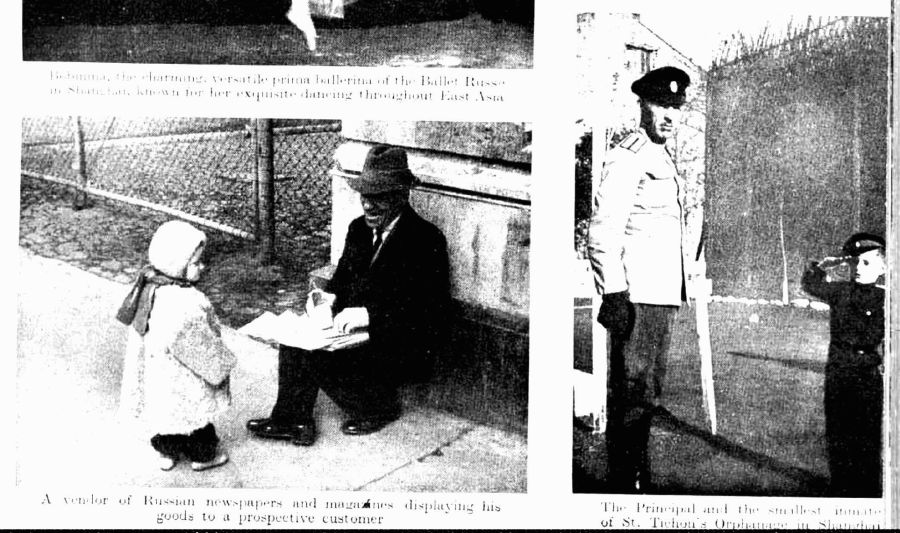 Left caption: "A vendor of Russian newspapers and magazines displaying his goods to a prospective customer." Right caption: "The Principal and the smallest student of St. Tikhon's Orphanage in Shanghai."

Knowing Zhiganov's explicit anti-Nazi stance it is unlikely he would voluntarily pose in two different roles to help illustrate Nikolayev's article. But it is possible the photographs were obtained without this purpose. I know this is far-fetched, but doesn't the man's hat in the left photo and the uniform in the right photo resemble those below? Both men above have Zhiganov's characteristic narrow moustache and pronounced vertical creases on both cheeks... Or maybe I'm just seeing things. 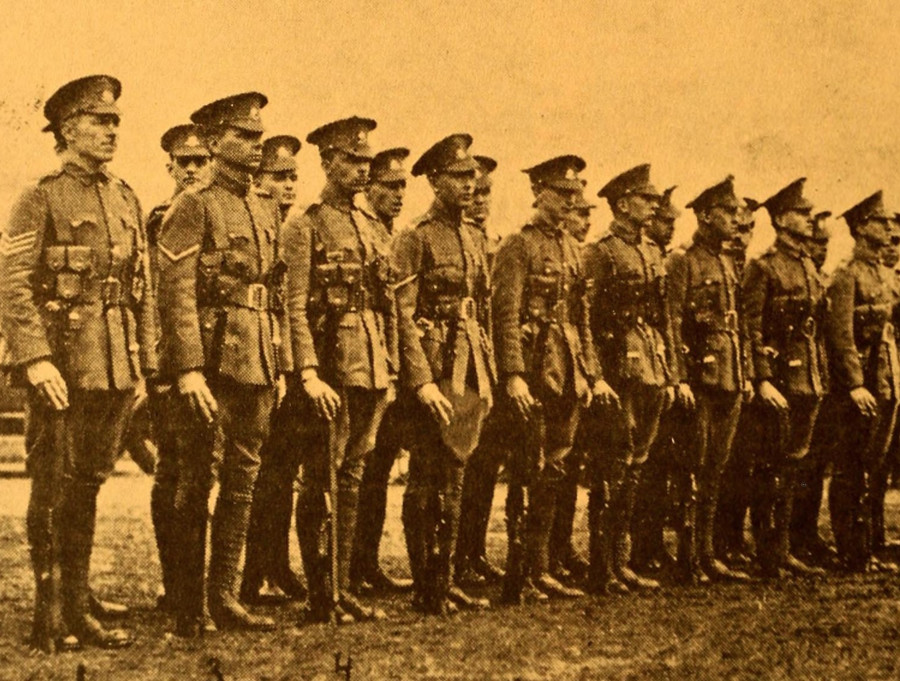 Uniforms of the Shanghai Volunteer Corps. Zhiganov is on the left. The photo on top has the same breast pocket, same cap, no belt, the epaulettes are not visible. I wish I could decipher the rank of the person on the top right photo. Zhiganov wrote he was in the rank of a Sergeant in the SVC. 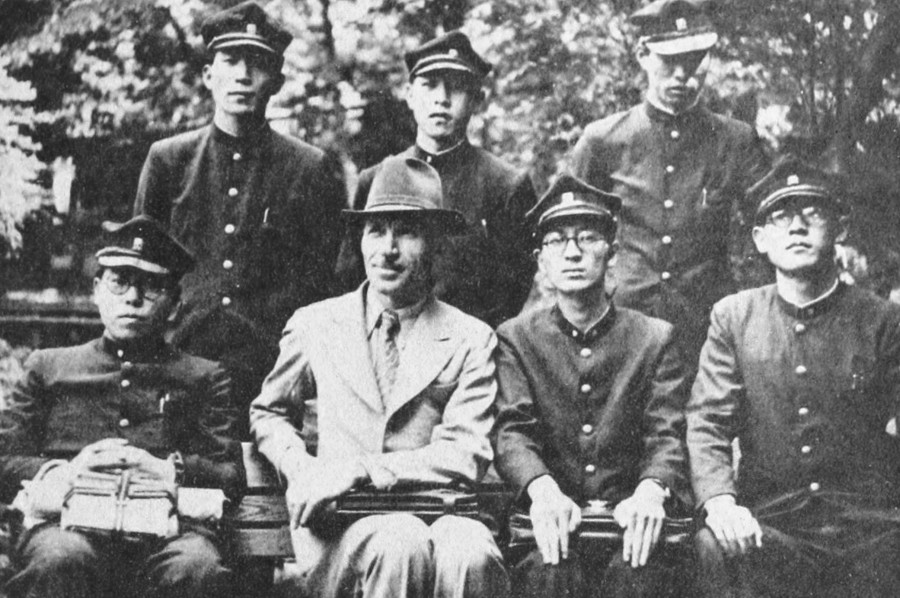 While I was still wondering about the uniform of the man on the photo in the previous post, I was pointed to some footage of the S.V.C. marching through Shanghai. There is always something exciting about the moving image that beats the impact of seeing archival photographs!

There are many more movie clips from the AP archival footage that I'll be browsing tonight, instead of writing my paper...