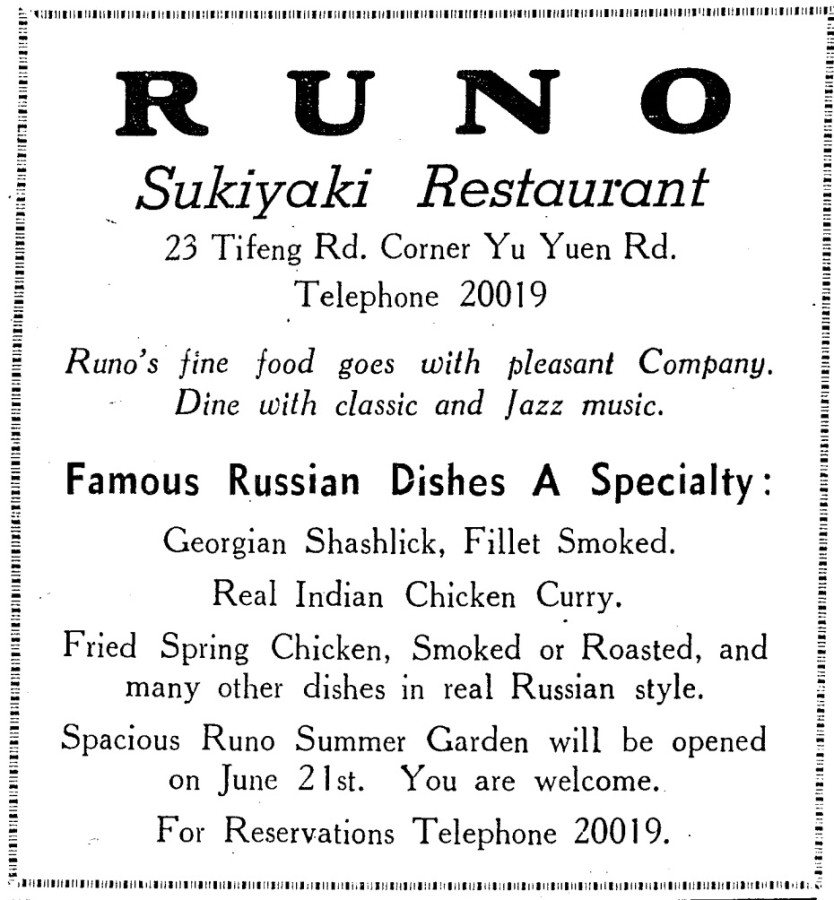 From The China Weekly Review, June 1949.

This is a 1949 ad for a sukiyaki restaurant called Runo ('golden fleece' in Russian) that claimed to specialize in famous Russian dishes, such as Georgian shashlick and smoked fillet, but also served real Indian chicken curry, and, well, still more Russian dishes. But the important part was the summer garden anyway.

The setting was pretty, indeed. The restaurant was well-appointed in a large villa that in 1919 belonged to the family of an English engineer, Alexander Malcolm, and in the 1920s – to another engineer, Andrew Howard Gordon. The building, unfortunately, is no longer there. 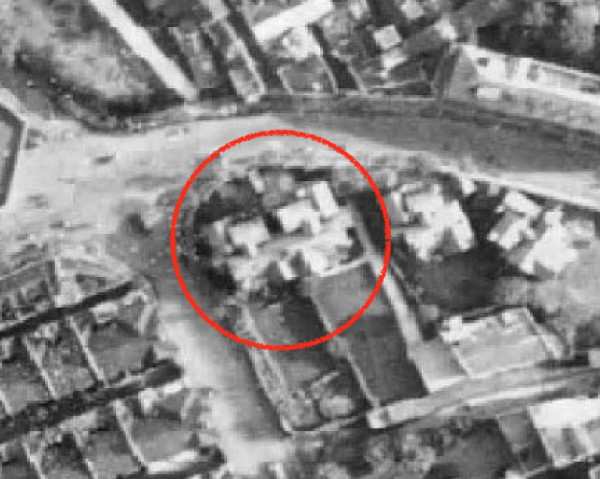