This is an excerpt from H. B. Morse's "Trade and Administration in China" illustrating the typical criminal cases in Shanghai's foreign courts. At the time, the Russian community consisted of about 350 people – and at least one of them managed to lure an Englishwoman into a brothel. Interestingly, he was given an easy two-week term in prison and excommunication from Shanghai – but where? to Vladivostok? 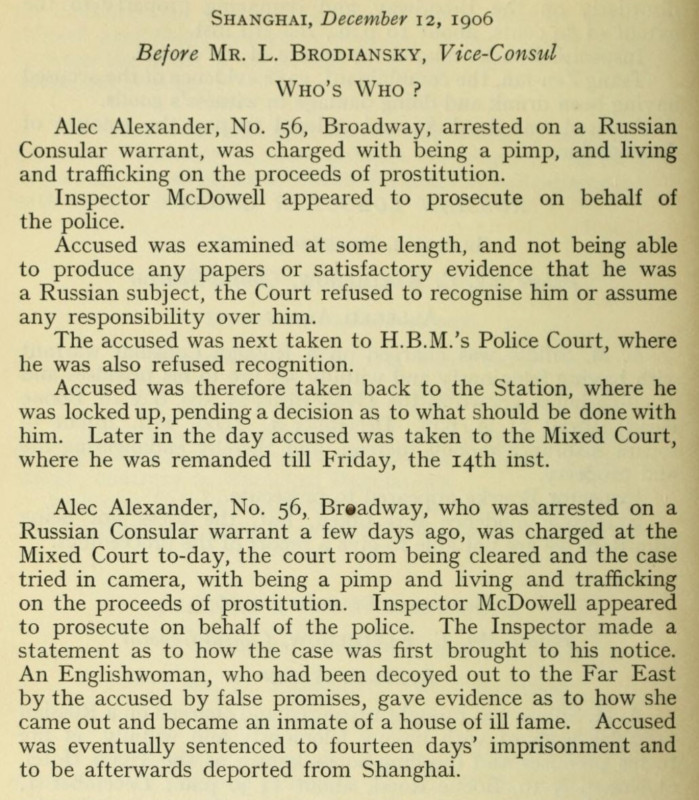 The North-China Daily Herald gives some extra details on the mysterious persona of Alec Alexander. He elected to stick to his Russianness when it came to choosing which court to be tried in: 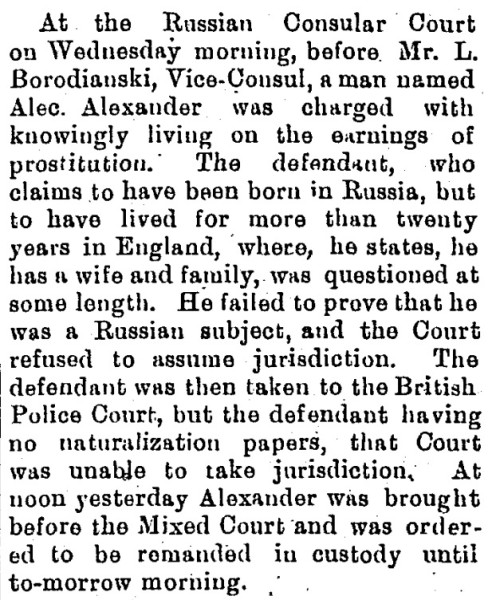 Overall, it was since the arrival in Shanghai in 1905 of the cruiser Askold – the casualty of the Russo-Japanese war – that Russian men began to feature prominently in local criminal chronicles, charged with drunkenness, brawls, knife attacks, unpaid hotel bills, and assaults on rickshaws.