"The development of Shanghai since 1928 has been greater than of any other city in the world, and I see no reason why within a hundred years it should not become the largest city in the world."* 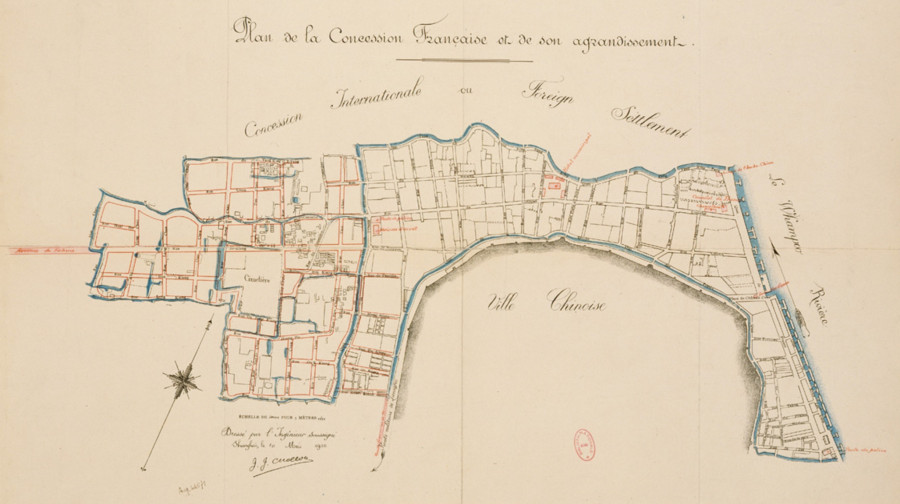 Rev. Father Robert, Superior General of the Societé des Missions Etrangeres, said this in an interview to the North-China Herald on 2 March 1937. The street in Shanghai named in his honor, Route Père Robert, is now known as Ruijin Road. During his time on the French Municipal Council, from 1888 to 1903, Father Robert was active in the planning of the French Concession. With his own hands he drew the (almost) straight line of the future Avenue Joffre (Huaihai Road) and the curve of Avenue Haig (Huashan Road). At the time of the drafting the Council felt his plan was "over-ambitious," but Father Robert thought he actually erred on the side of caution. And it was the filling of the "winding, smelly Yangkingpang" (now Yan'an Road) that "truly marked the beginning of the modern development of Shanghai."

Elaborating further on Shanghai's future, Father Robert mentioned that "further expansion northwards is impossible owing to the Yangtze River, and possibly improbable eastwards and westwards owing to the Huangpu River," but "there is no limit southwards." He believed there was "no geographical reason" why the city should not "spread and spread until it engulfed" Hangzhou and Suzhou.
_____________
* All quotes from the North-China Herald and Supreme Court & Consular Gazette, Mar 1937.