Wechat keeps bringing bittersweet news. During the widening of South Guangqi Road 光启南路, a pair of stone pillars were exposed. One of them remains enclosed in a residence at No. 216, while the one on the opposite side was revealed from debris of the demolished houses. 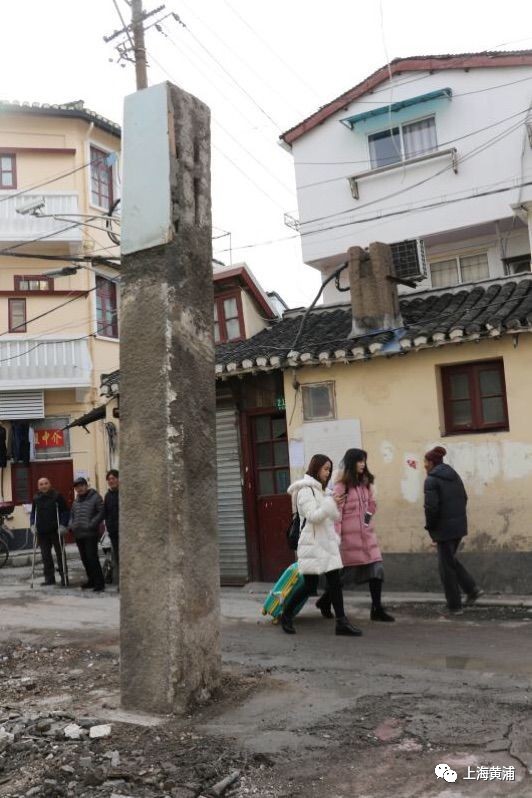 In the Ming era, here used to be a guard's post and a gate closing off Guangqi Road, which was the main ceremonial avenue leading south from the gate of the county magistrate's yamen. A little intersecting street near the gate's location is still called Qiao Family Gate 乔家栅. There were no less than four various arches and gates across Guangqi Road, but this one, it seems, was the only one that actually served to lock the street. 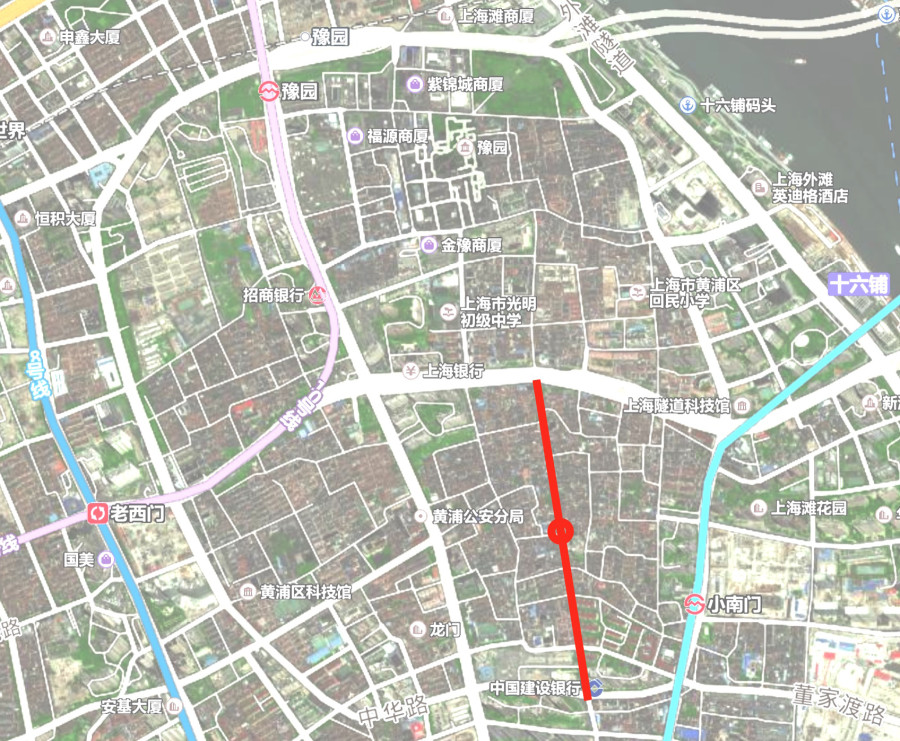 If you look at the satellite map of the old town, it is easy to notice how straight South Guangqi Road is – the only straight line in the maze-like southeastern quarter of the old town. Evidently, it was not wide enough for two-lane car traffic, which is why the municipality is gnawing into the ancient neighborhood with bulldozers and stumbling onto relics. There will be many more such 'discoveries' in the years to come. My photo from last year.

The original article enlists the opinion of the expert Xue Liyong 薛理勇 to speculate if this gate could be Gelaofang 阁老坊, the memorial arch in honor of the scholar Xu Guangqi 徐光启, but I am sure this is not the case. The Xu memorial arch was located about 400 meters to the north, at the intersection of Guangqi Road 光启路 and East Fuxing Road 复兴东路. It was demolished in 1931, during the widening of the northern part of Guangqi Road.

UPDATE May 2020
Here is a passage from Shanghai Old Town: The Walled City, p. 247: "When Guangqi Road was still the official grand avenue of Shanghai, there was an iron gate in its central part, where Qing soldiers stood on guard and sometimes closed off the street. That gate is long gone, but its massive stone pillars were recently rediscovered during the widening of South Guangqi Road. One of them is still embedded in the roof of the house at 216 South Guangqi Road 光启南路216号, near the intersection with the alley called Qiaojiashan 乔家栅. This name translates as Qiao Clan Gate, with the Qiaos being from the same powerful clan that gave the name to the nearby Qiaojia Road.“