Old photographs of the famous zigzag Bridge of Nine Turns 九曲桥 show the bridge looking quite different from today. Presently, the concrete bridge intersects the pond diagonally, from southwest to northeast, and its sections break at right angles. But on many old photos the bridge intersects the pond on a curve and its sections break at obtuse angles. So when did the bridge change its appearance and trajectory? 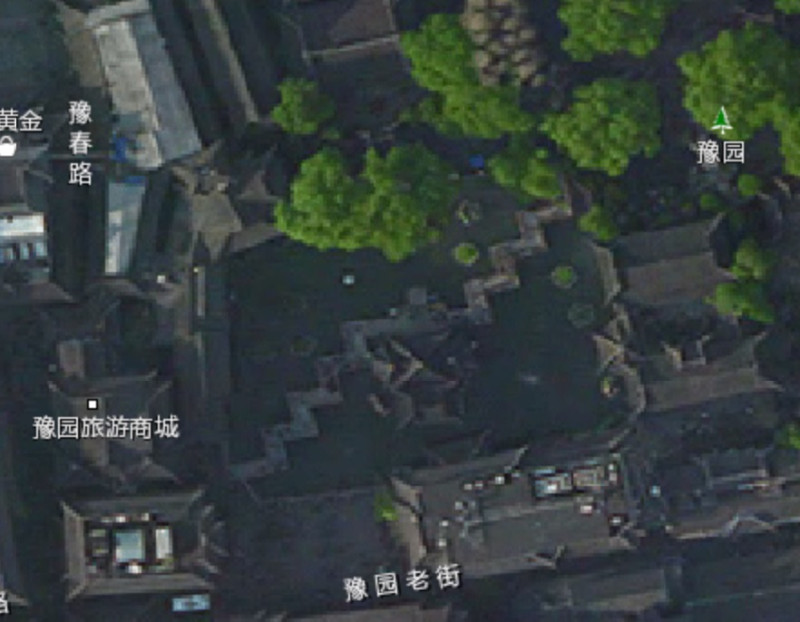 This 1784 drawing shows the old trajectory of the bridge. 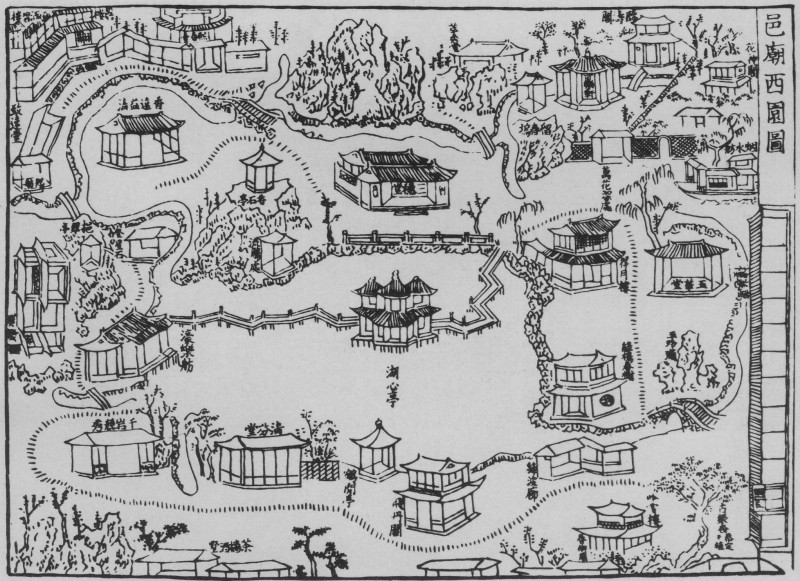 Source: Shanghai, Story of a Century.

This is one of the earliest known photographs of Shanghai. Taken by Giacomo Caneva in 1859 it shows the western half of the bridge, with the teahouse on the left. The bridge ends at the pile of rocks at the shallow end of the pond, and there is not a semblance of the busy market we see there today. Modern Yuyuan has a much more compact footprint compared to the 1850s. 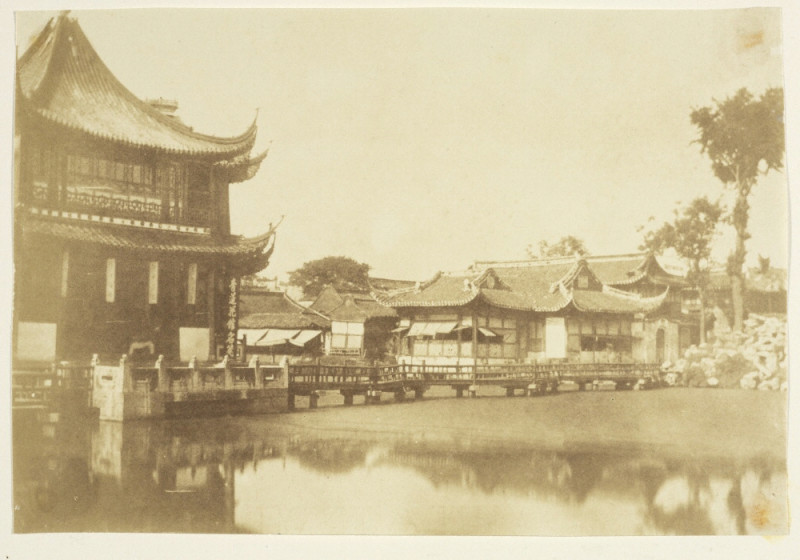 This 1890s photograph taken from roughly the same northwestern corner of the lake shows the old bridge with wooden banisters connecting the two northern corners of the lake: 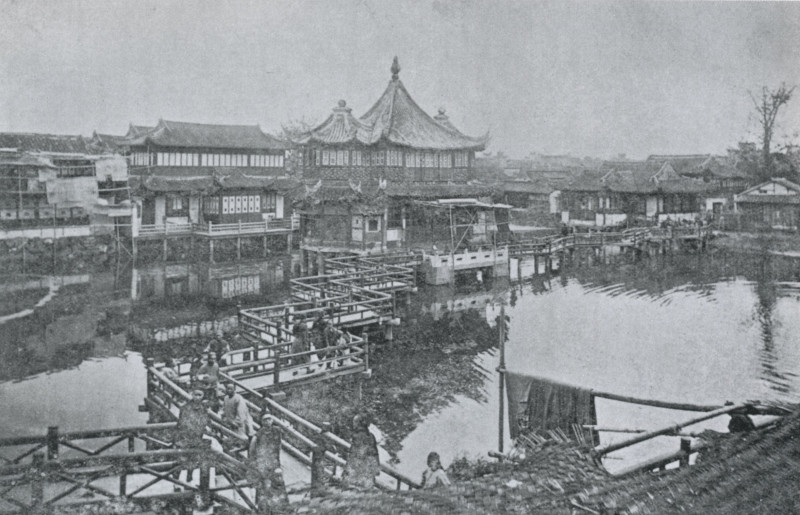 [Continue reading...]
This is a view in the opposite direction, toward the northeastern end of the bridge: 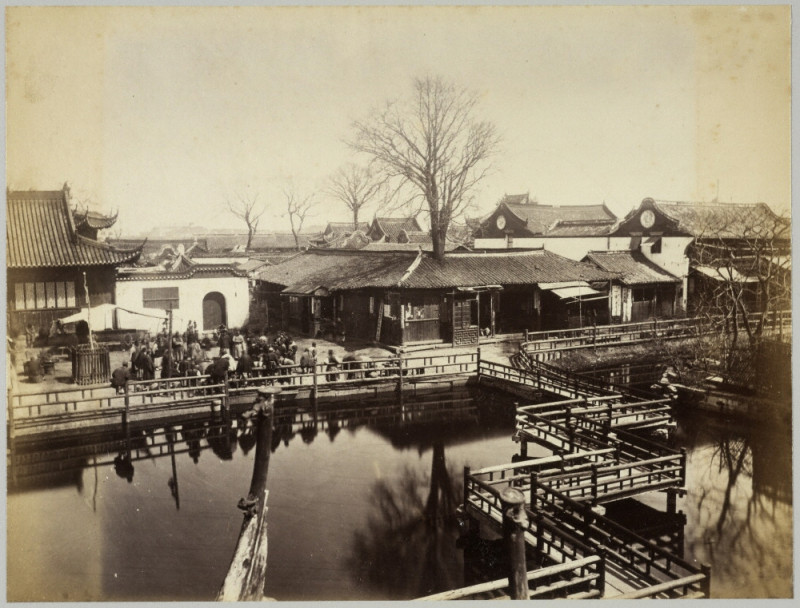 Here is another view of the old bridge, taken from northwestern corner of the lake: 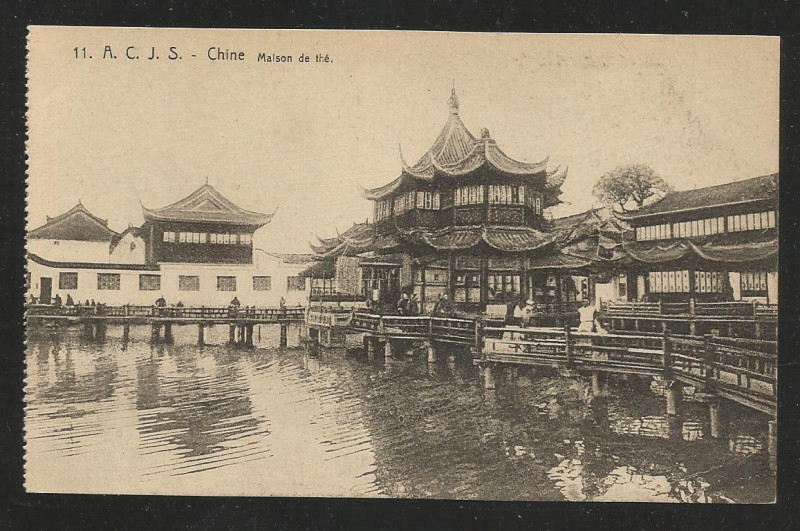 This 1907 photo makes it clear the bridge did not interesect the lake diagonally, but rather went on a curve: 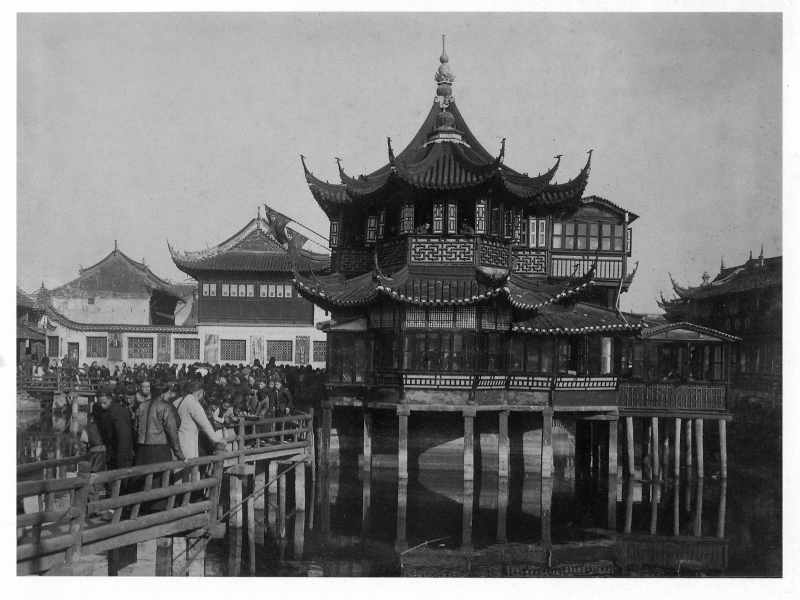 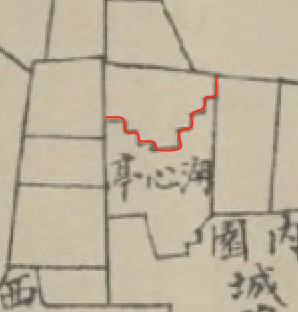 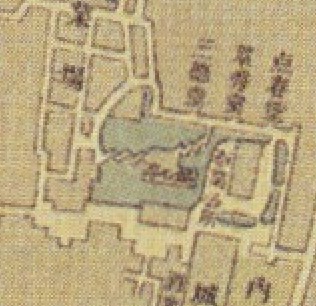 But aerial maps from 1927 onwards show the modern shape: 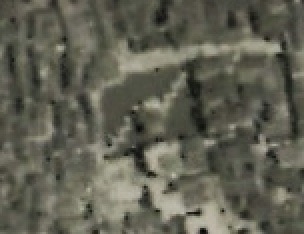 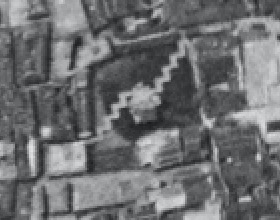 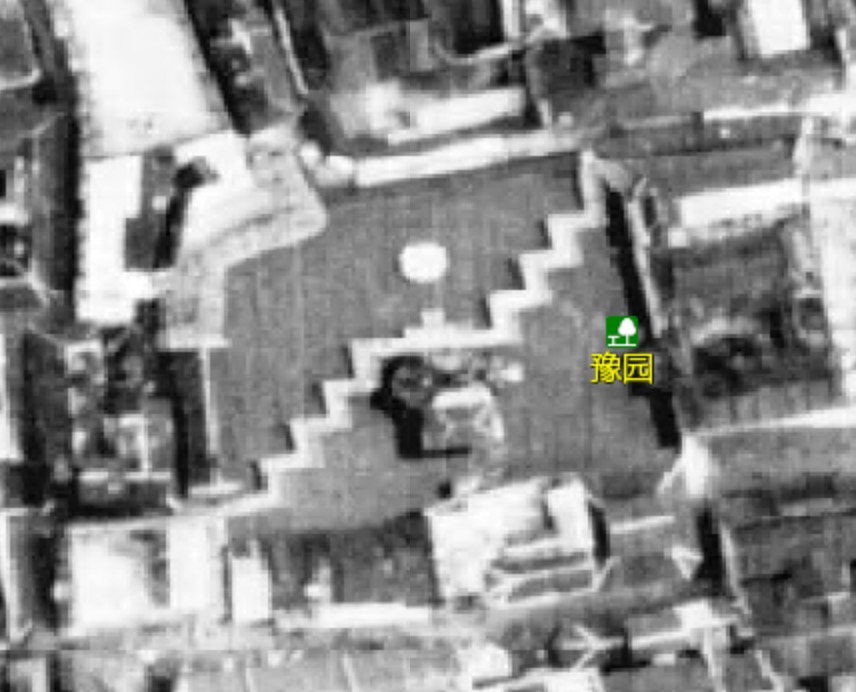 The bridge was substantially altered in 1924. That year the Temple of the City God was rebuilt on a much grander scale, after its destruction in the 1922 fire. The construction was sponsored by the city's biggest gangsters who took control of it. Reinforced concrete was used for the temple and for the rest of the temple gardens, which included the lake, the bridge and the teahouse. For some reason it was decided to relocate the western half of the bridge and straighten the angles, to make the whole more 'zigzaggy.'

These ladies are posing on the old bridge with stone base and wooden banisters (some kind of a transitional version, without short vertical bars seen on other pictures). The Huxinting teahouse is scaffolded and undergoing renovation: 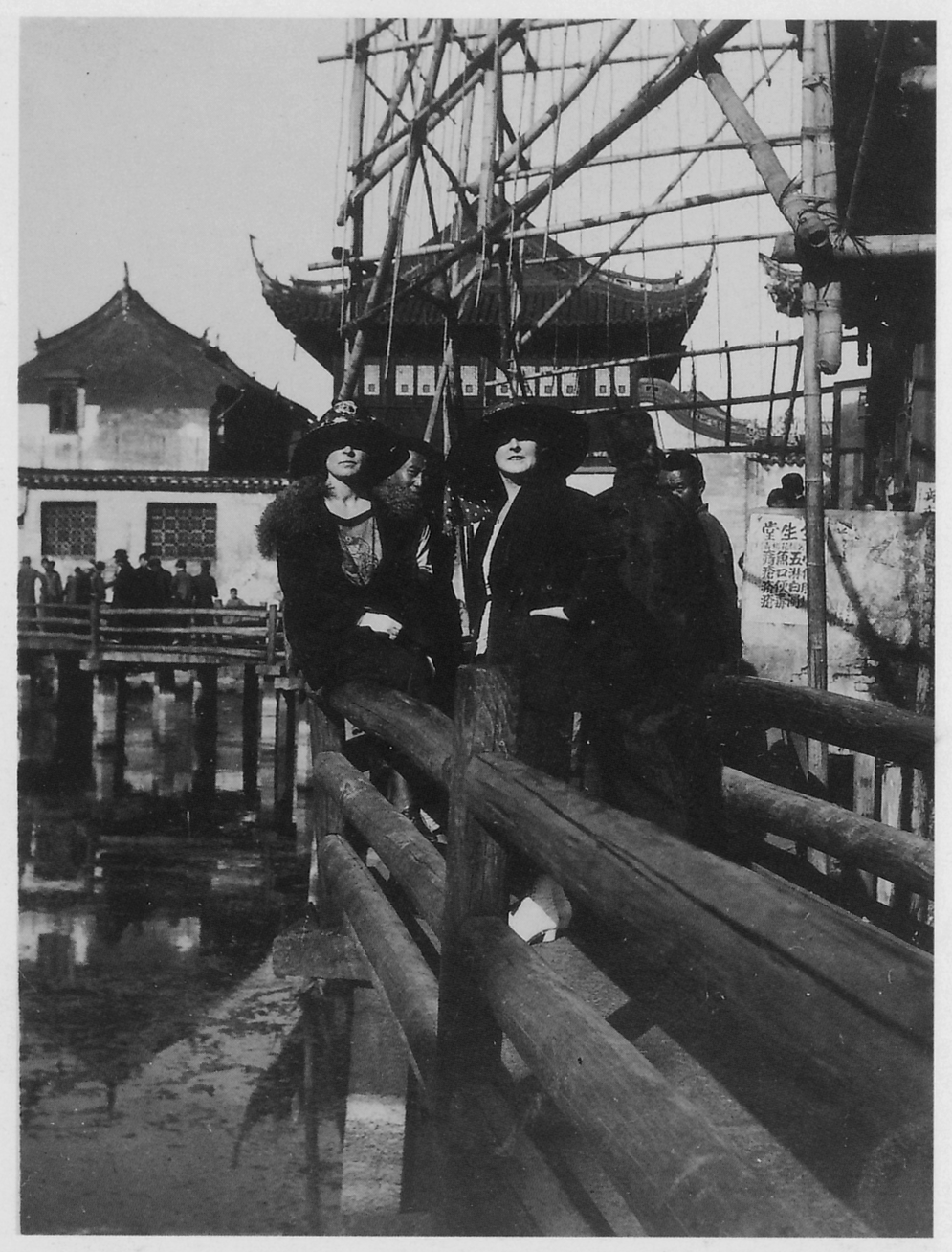 It seems, Du-sponsored renovation was a bit shoddy: this photo from 1949 shows missing struts and chipped concrete banisters: 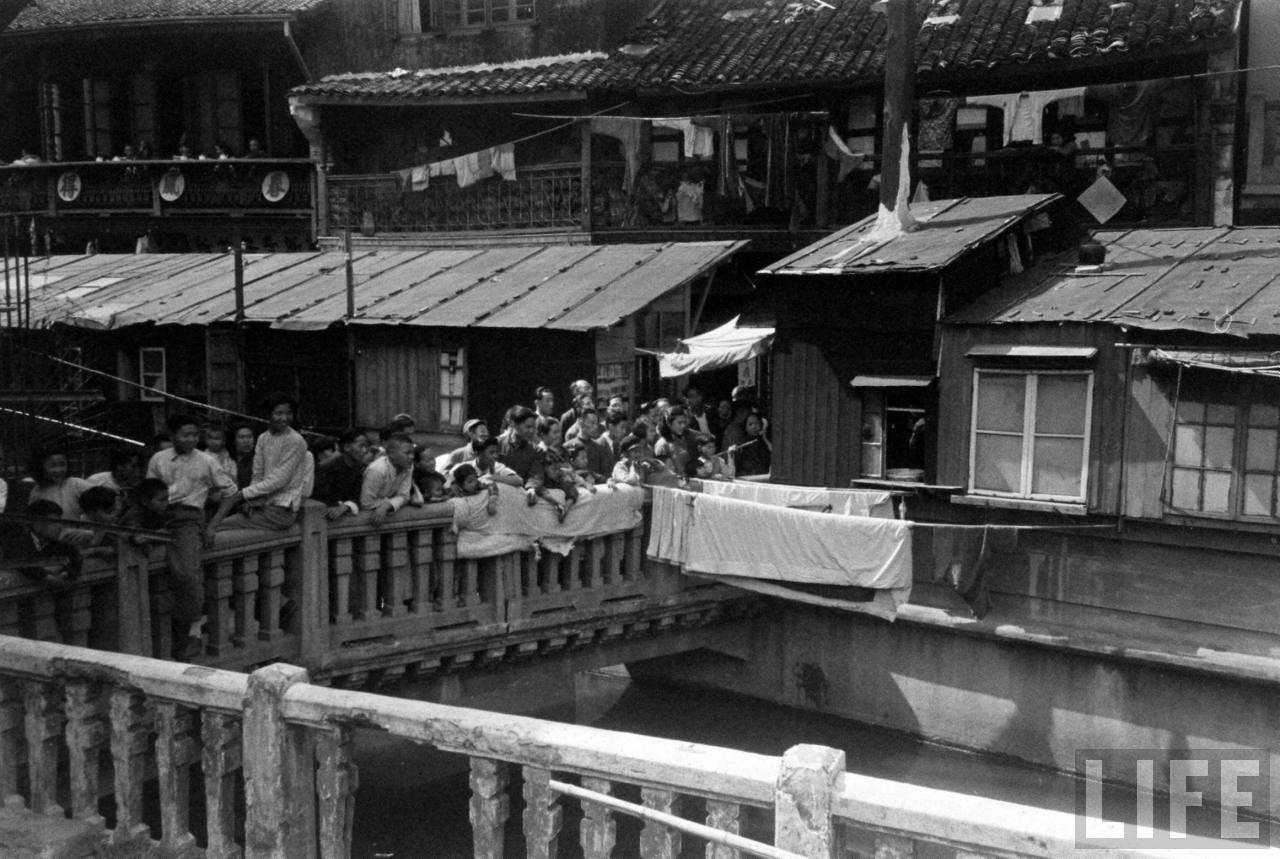 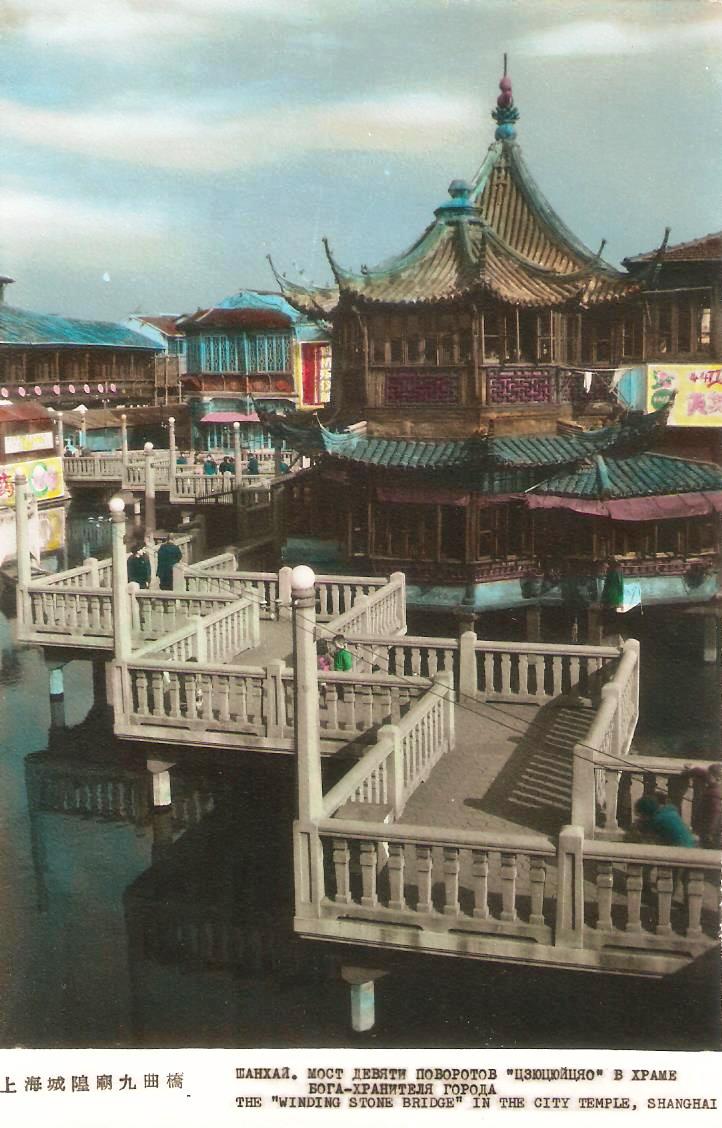 To see these and other old photos on the map, go to PastVu: there are now over 700 mapped old photos of Shanghai!
Collapse