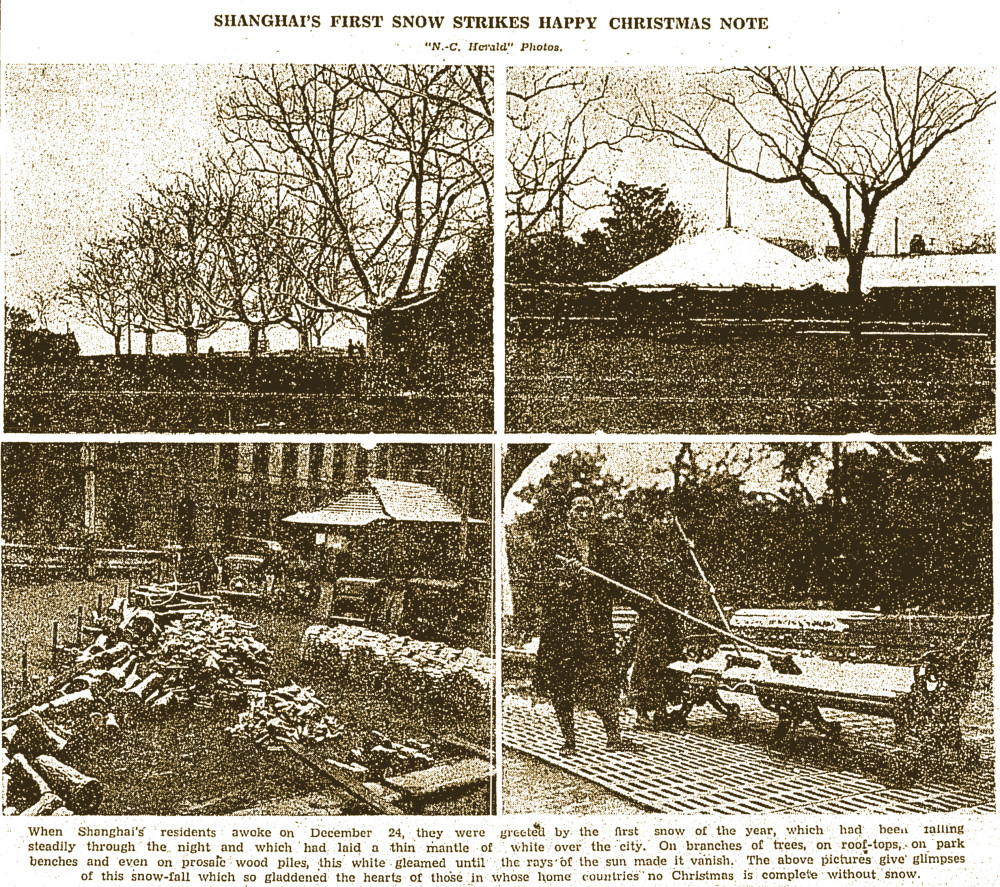 "When Shanghai's residents awoke on December 24, they were greeted by the first snow of the year, which had been falling steadily through the night and which had laid a thin mantle of white over the city. On branches of trees, on rooftops, on park benches and even on prosaic wood piles, this white gleamed until the rays of the sun made it vanish. The above pictures give glimpses of this snowfall which so gladdened the hearts of those in whose home countries no Christmas is complete without snow."