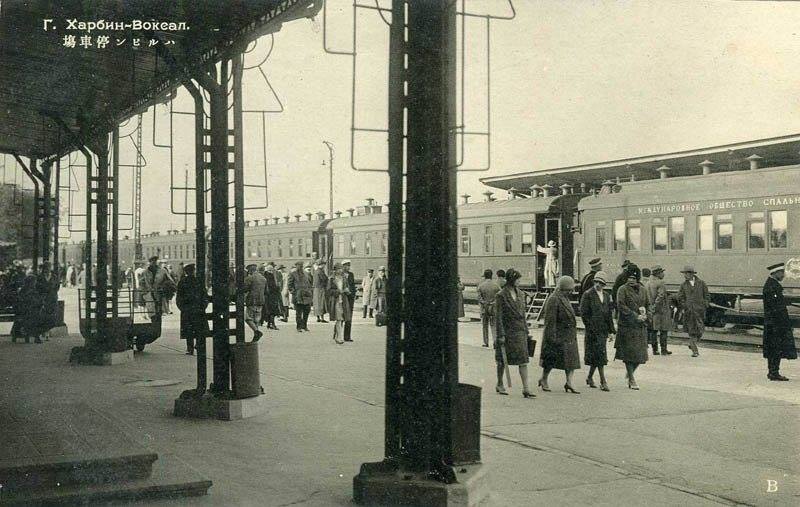 Arguments on the respective merits and demerits of life in Shanghai and Harbin are very popular in the Russian colony, and recently a former Harbin resident offered the case for Harbin in the pages of the "Shanghai Zaria." Pointing out that in Harbin life is far cheaper than here, he quoted the price of flour, which here is $20 for a bag weighing 54 pounds, while in Harbin it is $6.85. In Harbin, he said, one gobi will buy 6.85 pounds of flour. Coal can be bought in Harbin easily for 19 gobi per ton, while in Shanghai a ton of coal costs more than $100. Due to shortage of meat in Harbin, the latter product costs much more than was usual, but even so its price is no higher than in Shanghai.

Also, in Harbin such a measure as increasing rent for rooms is unthinkable, and, although rooms are also not very plentiful, one can live in a room for the rest of his days

with·out fear of ever having to pay more for it. The Harbinite confessed that the stories circulated in his city about prices of rooms here seemed to him unbelievable – until he himself arrived in Shanghai. "Where I come from," he said, "a room in the outskirts of the city can be had for 10 gobi a month, while 45 to 50 gobi per month will get you the best room in the downtown district." Electricity there costs 16 and 1/2 fen per kilowatt hour. The price of taxis in Shanghai, he said, would be best left alone. Milk in Harbin costs 15 fen for a bottle holding three glasses, butter costs 2.30 gobi a pound, cheese 60 fen to 1.40 gobi and all this in plentiful supplies.

Foreign articles are not plentiful due to import restrictions, but everything one needs to buy comes from Japan, and is of course sold much cheaper than here. A well-cut suit from good material can be made for 75 gobi. The exchange for the American dollar in Harbin is normal – 3.40 gobi, the exchange for the English pound being 17.30 gobi. Also, the Harbin "patriot" concluded, the many free courses, training and expeditions to Japan make perspectives for Russian youth in Harbin much more promislng than for Russian youth in this city.

Extracted from the serialized writeup IN THE RUSSIAN COLONY by STROY published in the North-China Herald and Supreme Court & Consular Gazette (Jan 24, 1940)