Thanks to a recent enquiry we continue to investigate the life and work of the architect Wladimir Livin-Goldenstaedt in Shanghai. The new findings (in Russian) are being added in this thread. In the meantime, I found an architectural drawing of his, offered for sale on ebay. 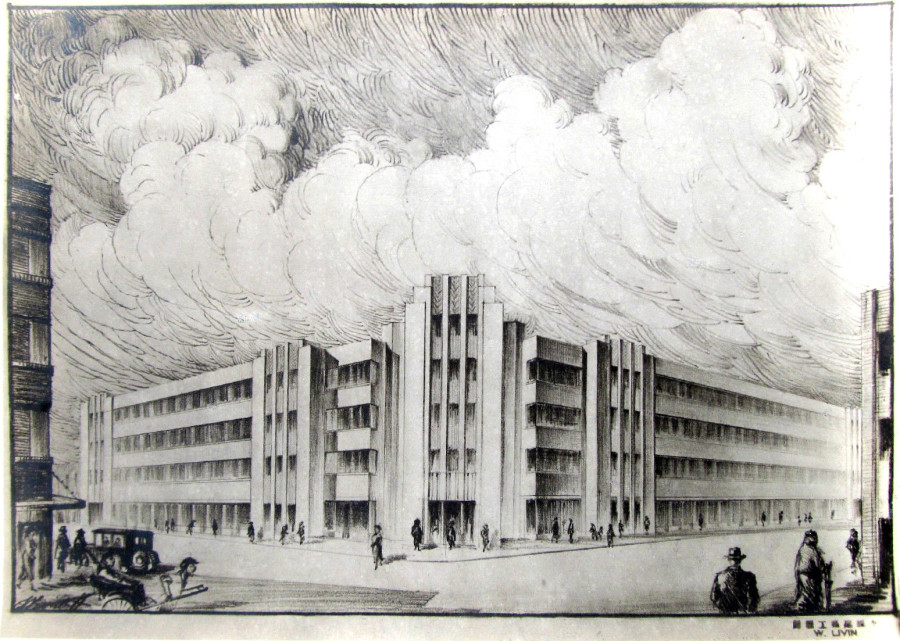 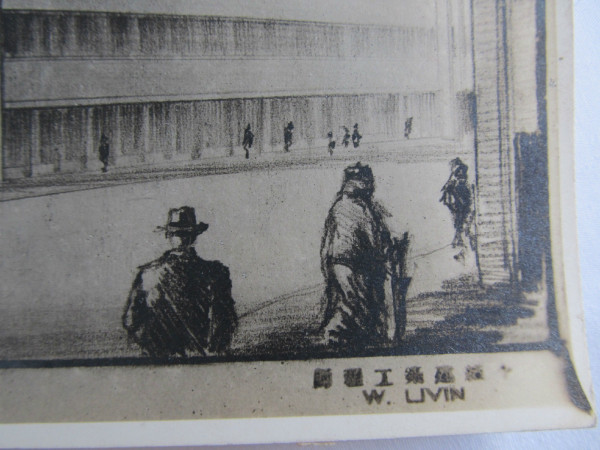 It's like I've seen those three vertical "wheat stalks" on top, but cannot place them. The drawing resembles the Empire Mansions, but as far as I know, that was designed by the Chinese architect Y. C. Huang (黄元吉) for Kyetay Architects and Engineers (凯泰建筑师事务所). As the moment I cannot quite place the building, and I wonder if it was ever built. It looks like a typical Shanghai late art deco.

If the buildings at the edges of the picture are anywhere close to being true to life (and already built), then this project could have been intended for the northwest corner of Route Vallon (Nanchang Road) Route Herve de Sieyes (Yongjia Road) and Avenue du Roi Albert (South Shaanxi Road), where iapm mall stands now. Compare the photo below, taken by John Meckley, with the edge of the building at the left side of the drawing. It also looks fairly generic for Shanghai, so maybe I'm just imagining things. 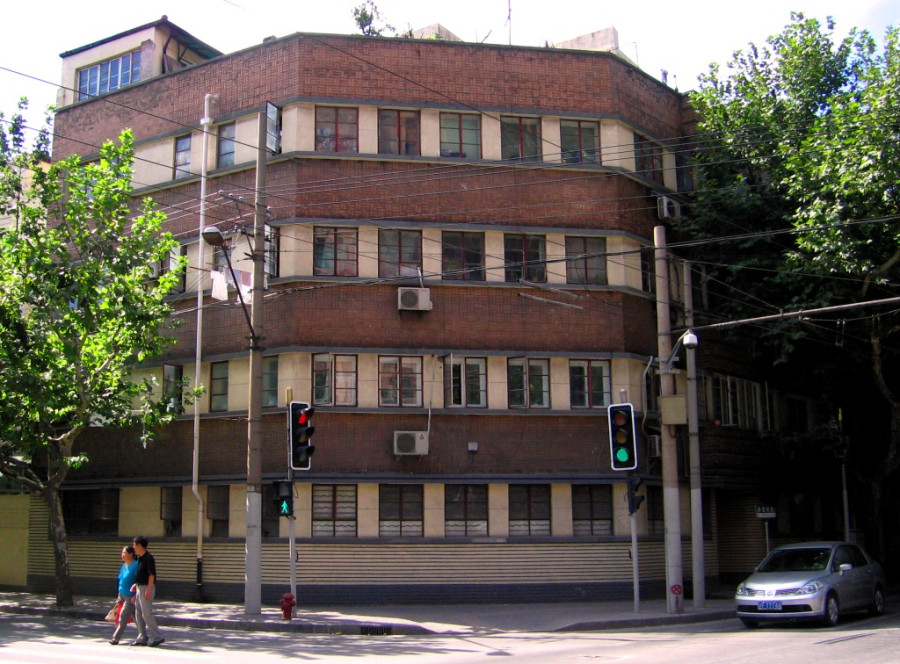 UPDATE: as I was corrected by friends from Historic Shanghai, the building on the photo is at the northwest corner of Shaanxi Road and Yongjia Road (not Nanchang Road). Then there is a (weak) possibility the archtectural drawing was a plan for the development of the southeast corner of that intersection, where a new high-rise stands now: 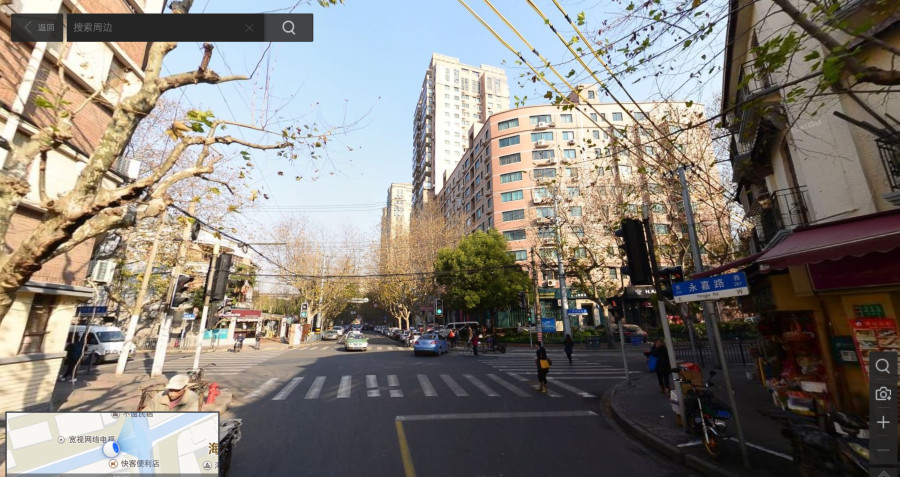 It is also possible the drawing is an early design for the Astrid Apartments 南昌大楼. If this is so, the resulting building ended up with eight floor instead of four, but retained a series of vertical protruding sections breaking up the facade. Also, its right-hand side is longer than the left-hand side, just like the drawing: 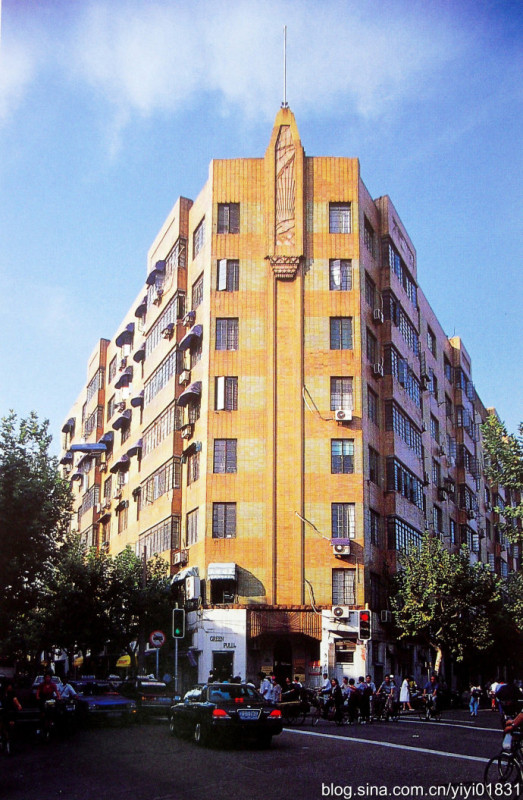 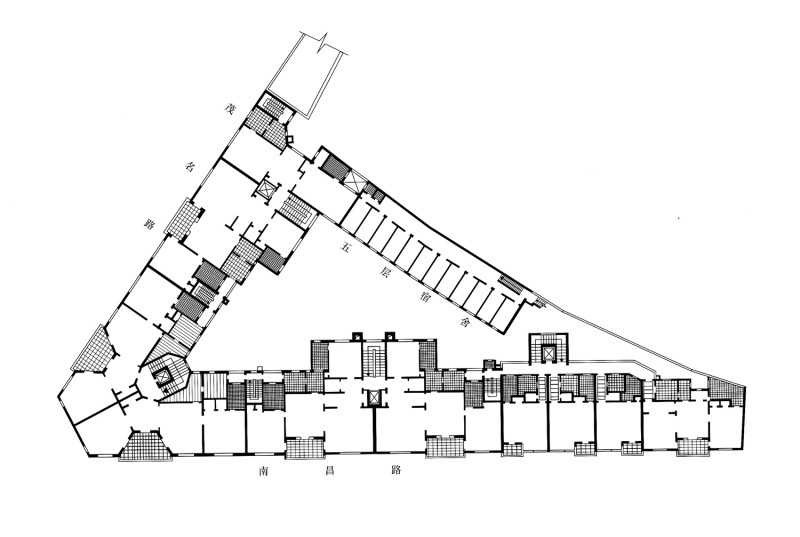 
UPDATE: Here is another drawing of the Astrid, published in The Builder  in 1934, after the completion of the building: 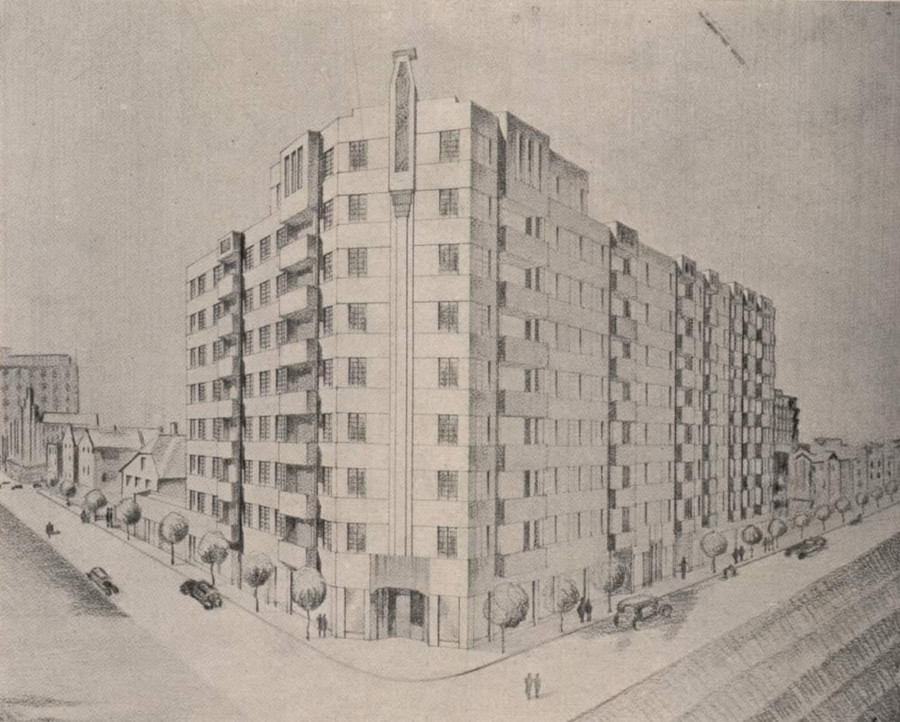