Although the majority of Russian businesses and residences were located in the French Concession, there was a number of them in other areas of Shanghai – in the business blocks near the Bund, along Bubbling Well Road, around the passenger terminal in Hongkou and in the Chinese-governed territories.

A sign for a Russian-run silk and textile store (L. Kosloff) is visible in this photo of American sailors posing on a rickshaw. The reflection of the very recognisable pattern along the facade of the Cathay Hotel helped locate this photo on the first block on Nanking Road, adjacent to the Palace Hotel: 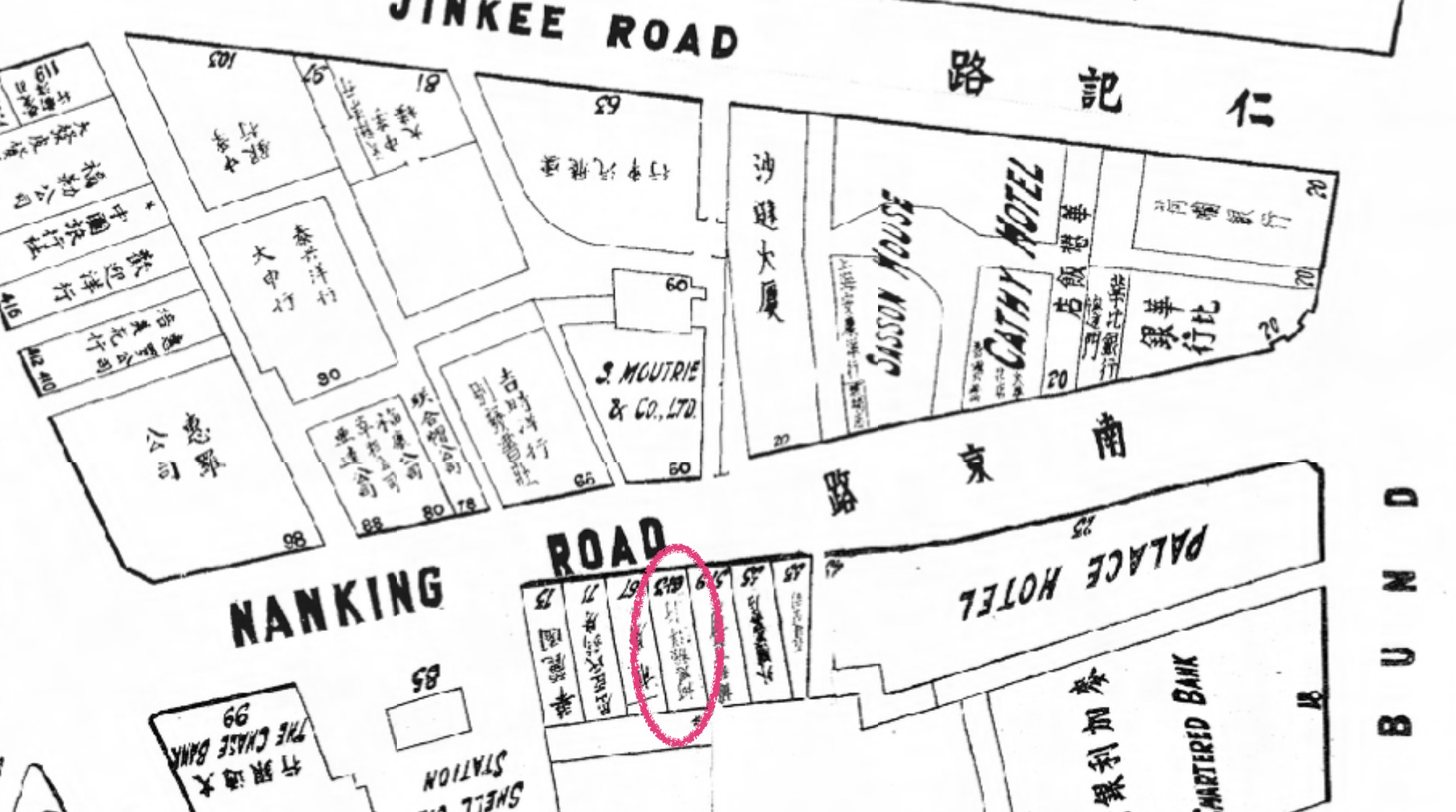 Source of the map: http://www.virtualshanghai.net/GIS/Shanghai// 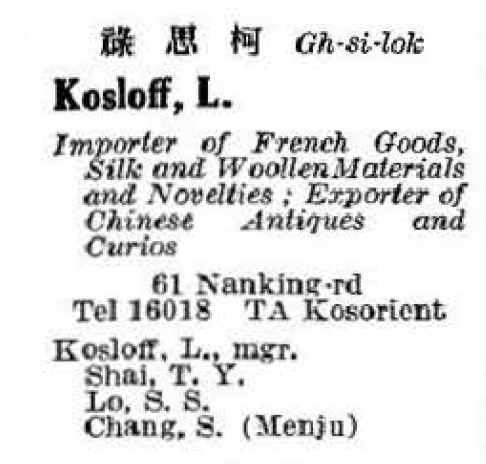 Among the many vivid Shanghai scenes photographed by Jack Birns in 1949 there is a series of portraits of women (who look Russian to me), taken inside an empty restaurant with lush wooden paneling, inlaid floor and huge windows above the eye level: 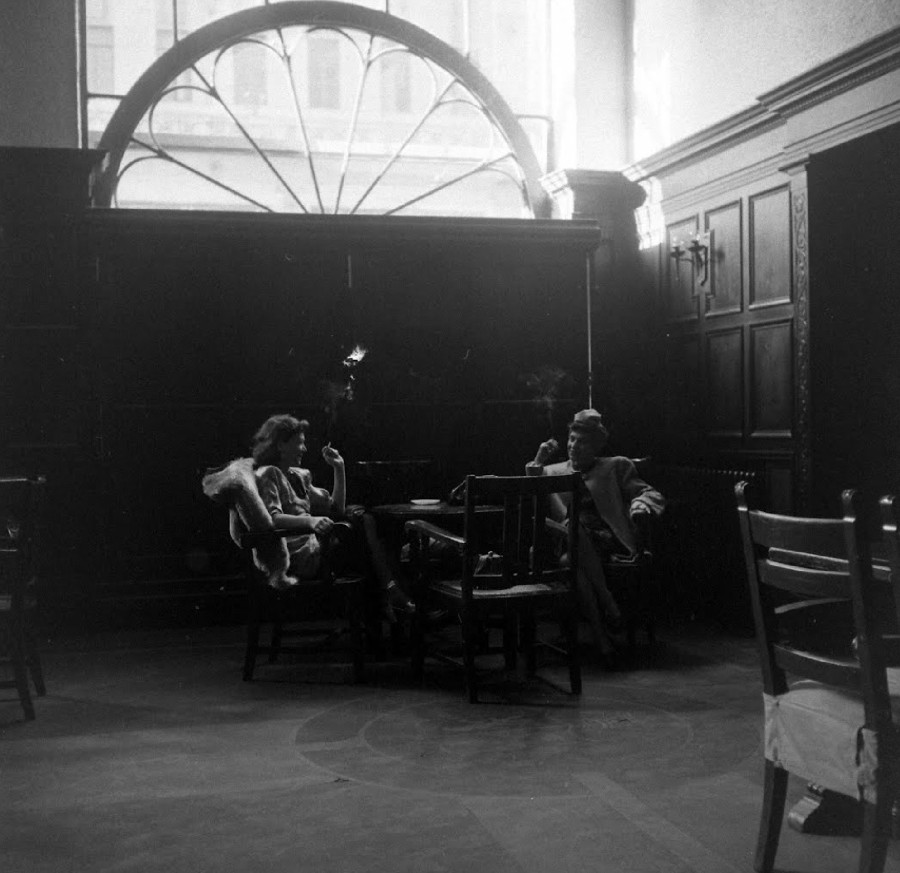 Getty and Google that feature Jack Birns' photos offer very little or no descriptions, but the unusual high window on the photo gives away its location. Behind the window is the recognisable facade of the Sassoon House (Cathay Hotel): 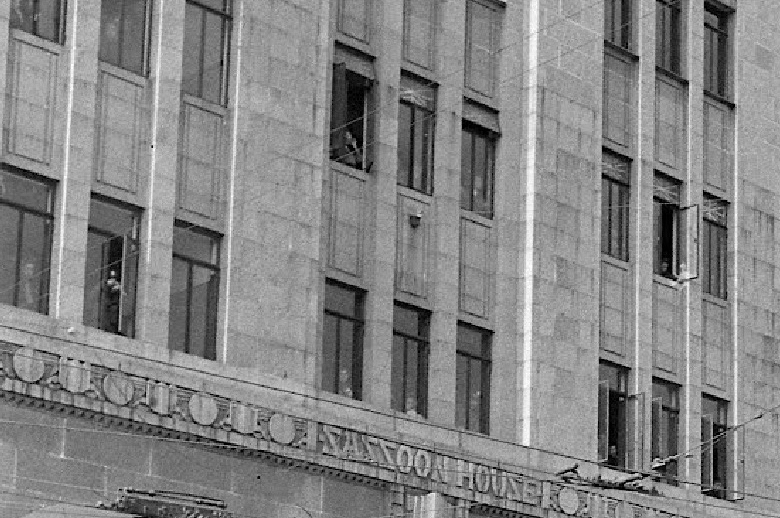 Here is another photo from the series: The girls are sitting in the Palace Hotel Restaurant and Bar, located at the northern end of the building, furthest from the Bund: 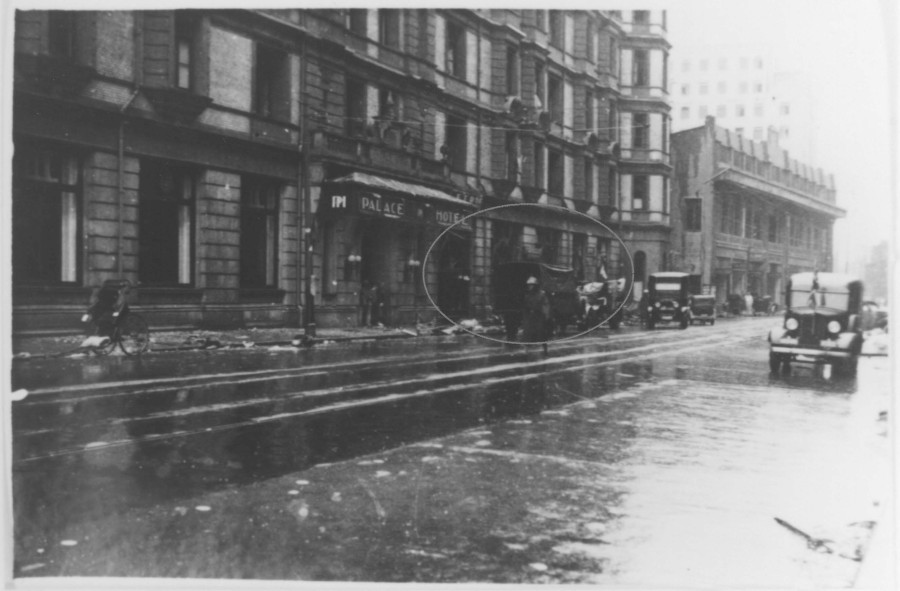 This photo from the Harrison Forman collection is really glamorous. Was it taken not long before the Black Saturday or during the occupation? This photo of the 1937 carnage in August 1937 shows the high semicircular window frames: 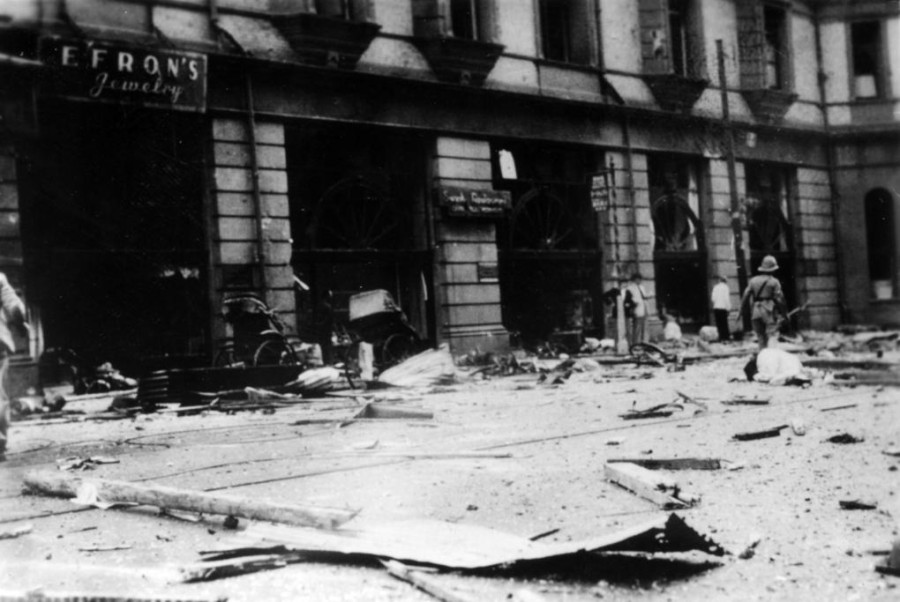 Since the interior was completely destroyed by the explosion on Bloody Saturday, what we see on the 1949 photo must be a restoration.