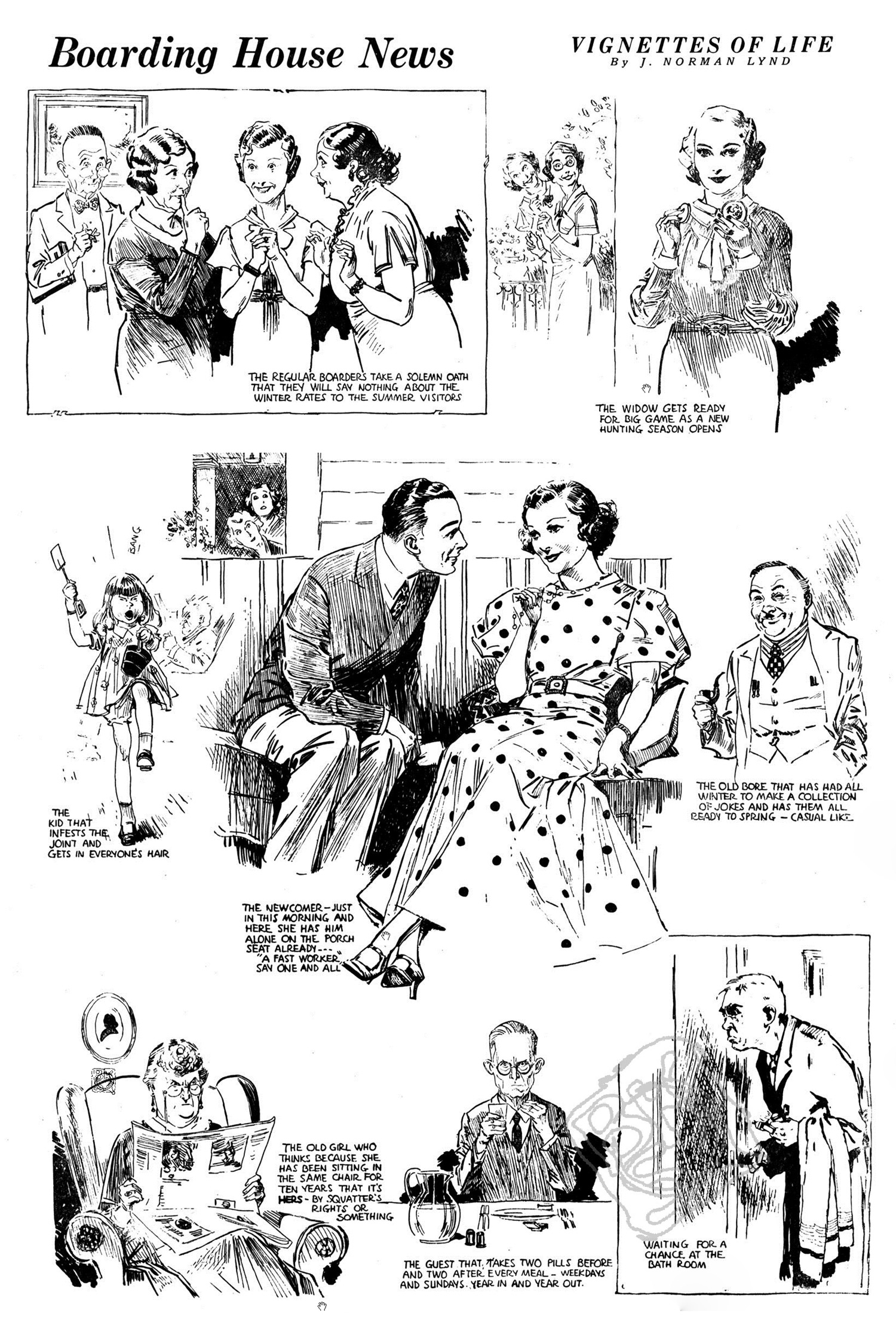 "The regular boarders take a solemn oath that they will say nothing about the winter rates to the summer visitors.
The widow gets ready for big game as a new hunting season opens.
The kid that infests the joint and gets in everyone's hair.
The newcomer – just in this morning and here she has him alone on the porch seat already... "A fast worker" say one and all.
The old bore that has had all winter to make a collection of jokes and has them all ready for spring – casual like.
The old girl who thinks because she has been sitting in the same cheir for ten years that it's hers – by squatter's right or something.
The guest that takes two pills before and two after every meal – weekdays and Sundays, year in and year out.
Waiting for a chance at the bathroom."

Winter rates and bathroom waits aside, the comic makes the boarding house seem almost a romantic place, or at least one with a chance of a social lift. Russian accounts painted a much grimmer picture – but then again, Russians were living in cheaper ones.

(I've been skipping class to lose myself in searching NCDN and Hongs at cnbksy.com. Satisfyingly, images are previewable in spite of the download limit. Yay for the academe!)
Collapse