Saw this 1946 photo on the Cities in Old Days flickr stream: 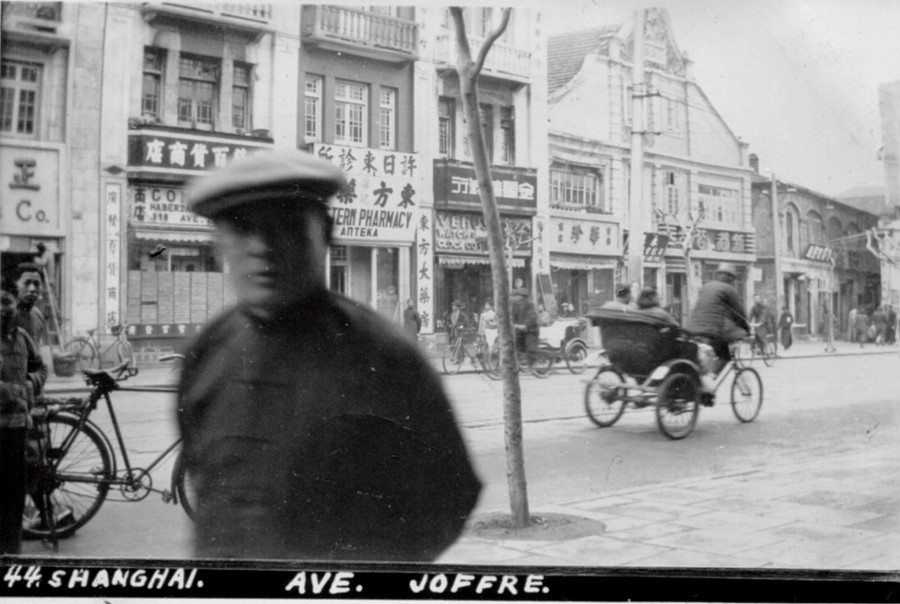 This is the north side of Huaihai Rd, west of Old Chengdu Rd.

No. 600–602: At the far left there is the "Co" of the Valet Service Co. 正章洗染公司, opened by the Russian emigrant A. Chehov in 1923. ("The best chemical washing in Shanghai: fast, good and inexpensive.") This company still exists, transformed into one of Shanghai's laozihao (venerable brands).
No. 598: Com* Habedrdashery 广发百货商店;
No. 596 Eastern Pharmacy 东方药房, with signs in English and Russian alongside the Chinese.
No. 594 Venus Watch & Clock Co 金星(*), the future Maochang Watches company 茂昌眼镜公司.

Further to the right there is a beautiful building with three Chinese-run businesses (their exact names and commercial profiles merit further enquiry):
No. 590 Huazhen (?)
No. 588 (not sure)
No. 586 Western-clothing store called Zhang Linchang 张林昌西服号. 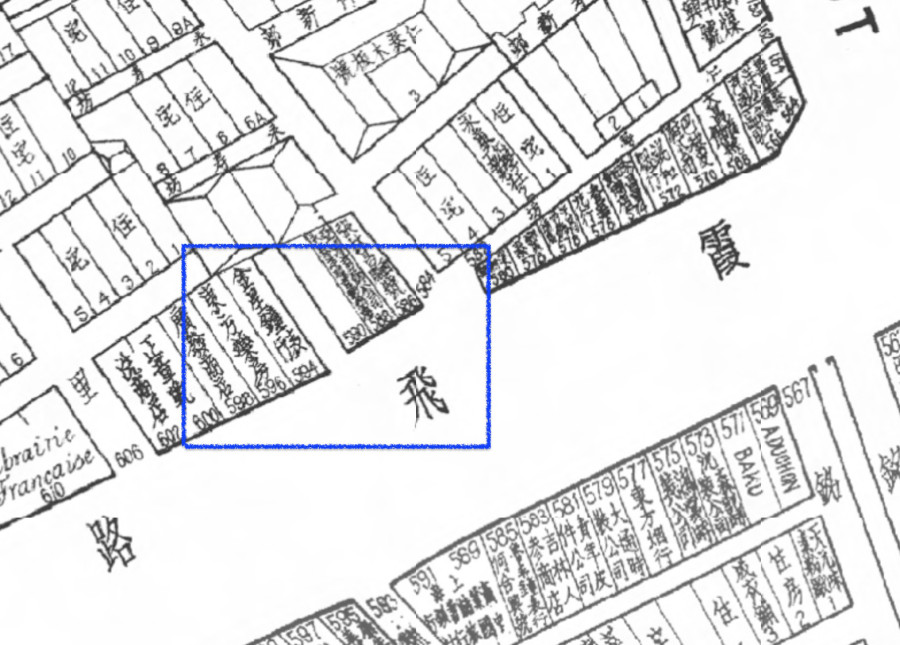 Further to the east, out of the frame, a narrow lane called Renshoufang 仁寿坊 used to run at an angle, at No. 582. Here is a 1930s view of the same section of Avenue Joffre, with the lane at the left: 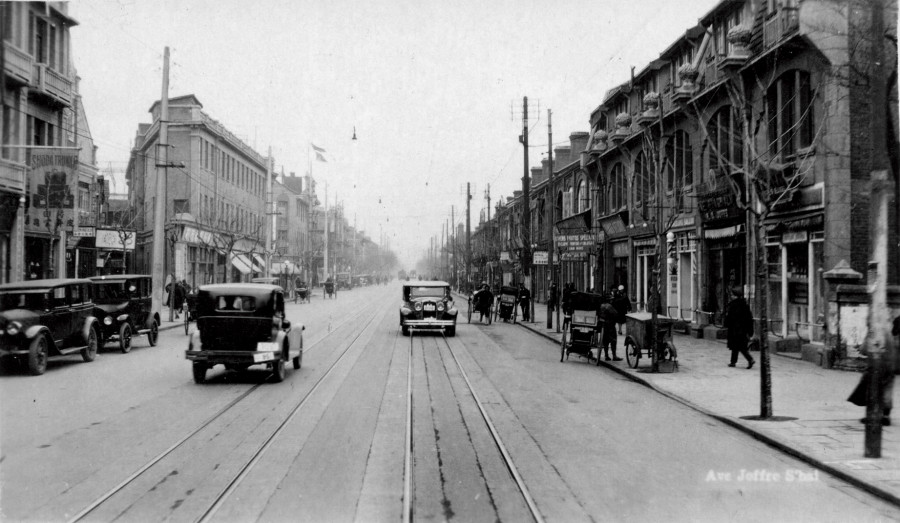 One of the stores in that lane was Tomashevsky's workshop that produced funereal decorations and monuments from granite and metal. It opened in 1929 at No. 582/5.

Tomashevsky was a mystic and a member of esoteric societies, but that's another story.

The stores from the top image and the narrow lane have since disappeared, unfortunately, replaced by modern buildings.