There is a beautiful digital humanities project by MIT and within it an exhibition called "The Opium War in Japanese Eyes," with illustrations from Kaigai Shinwa and Kaigai Shinwa Shūi.

One of the pictures shows Admiral Chen Huacheng dying in the battle of Wusong (Woosung), pierced by the English bullets. 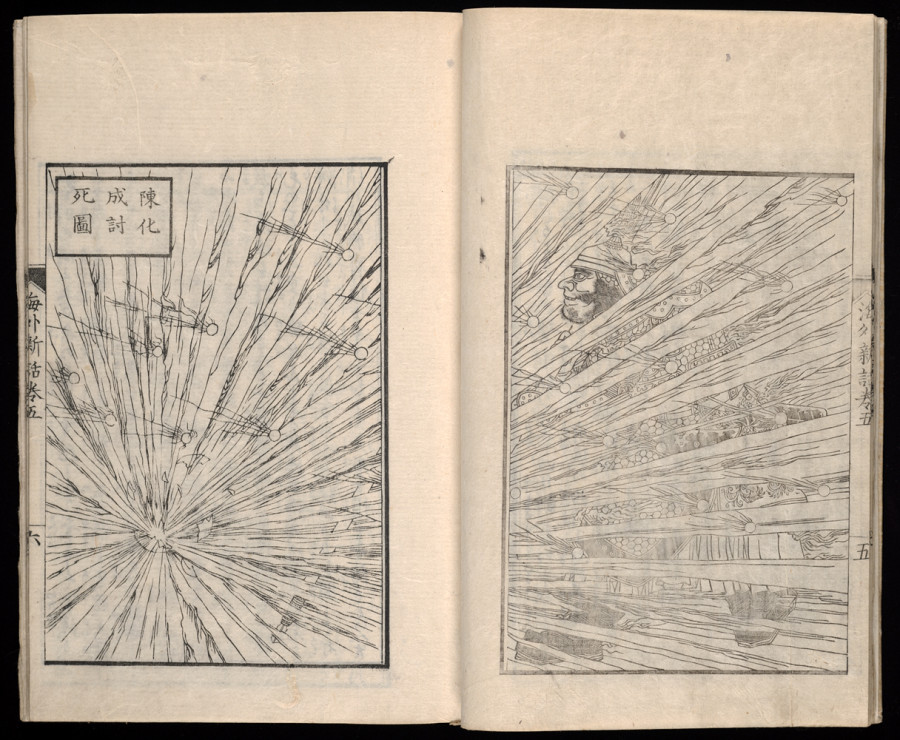 Chen Huacheng, the military commander of Jiangnan, was the most exalted Shanghai hero of the recent era. There used to be a temple in his honor (Chengongci 陈公祠) in the center of the old town.

In June 1842, when the British Royal Navy attacked Shanghai to force open the port for opium trade, Chen’s land army resisted the foreigners at Wusong forts, north of Shanghai. The Chinese lacked mastery of weapons, but thanks to Chen’s commandment their cannons downed several English ships before the battery was silenced. The British landed and pushed forward. Wearing layers of cotton around his body as protection against bullets, Admiral Chen thought himself invincible and fought viciously, serving the guns himself. When he was mortally wounded, he bowed in the direction of Beijing and expired.

Chen’s associate hid his remains in a clump of reeds, and later transferred them to the walled city. Upon hearing of Chen’s bravery in the face of the barbarian invasion, the Daoguang Emperor conferred a posthumous title on Chen, making him second in command to the Thunder God. 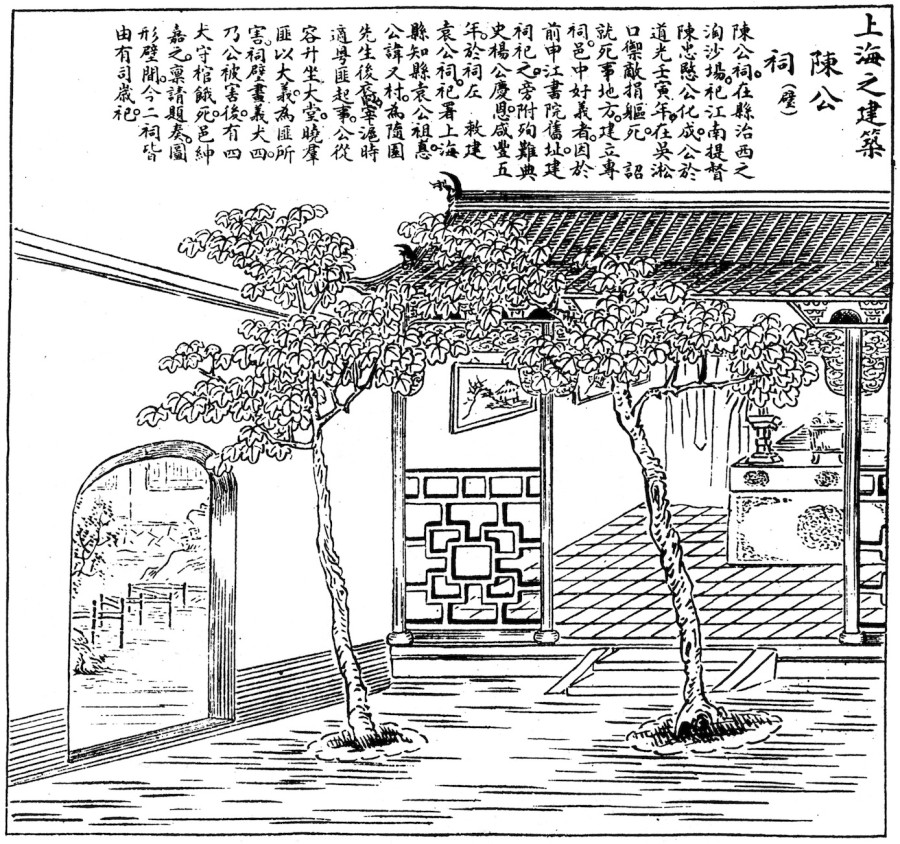 From the 1860s Chen's Temple was under the care of the Guoyutang charity (果育堂). After the fall of the Qing in 1911, Guoyutang moved and the temple was converted to a school. Its halls were refurnished for classrooms, and Chen’s life-size statue in official robes was hidden in a dark niche. Shelves beside the statue displayed the hero’s belongings: his official seal, a military token and even his bloodstained clothes. The shrine was always closed with wooden screens and opened only for the annual sacrifice.

In 1937, when the Japanese occupation of Shanghai began, the school closed down. Japanese officers contemptuously set up a gambling den in the Chen’s Temple. Local residents fished out the discarded admiral’s statue from the gutter and hauled it to the Temple of the City God. Once it was installed there, Chen Huacheng was symbolically promoted to the rank of a City God, and for a time a saying went: "One city, three gods-protectors." Extra protection was welcome in the tumultuous wartime decades. This did not last: the Red Guards pillaged the city temple in the 1960s and Chen’s statue was first beheaded and then destroyed. The remains of the temple are now underneath the Forte Elegant Garden real estate development on Zhoujin Rd/Henan Rd. 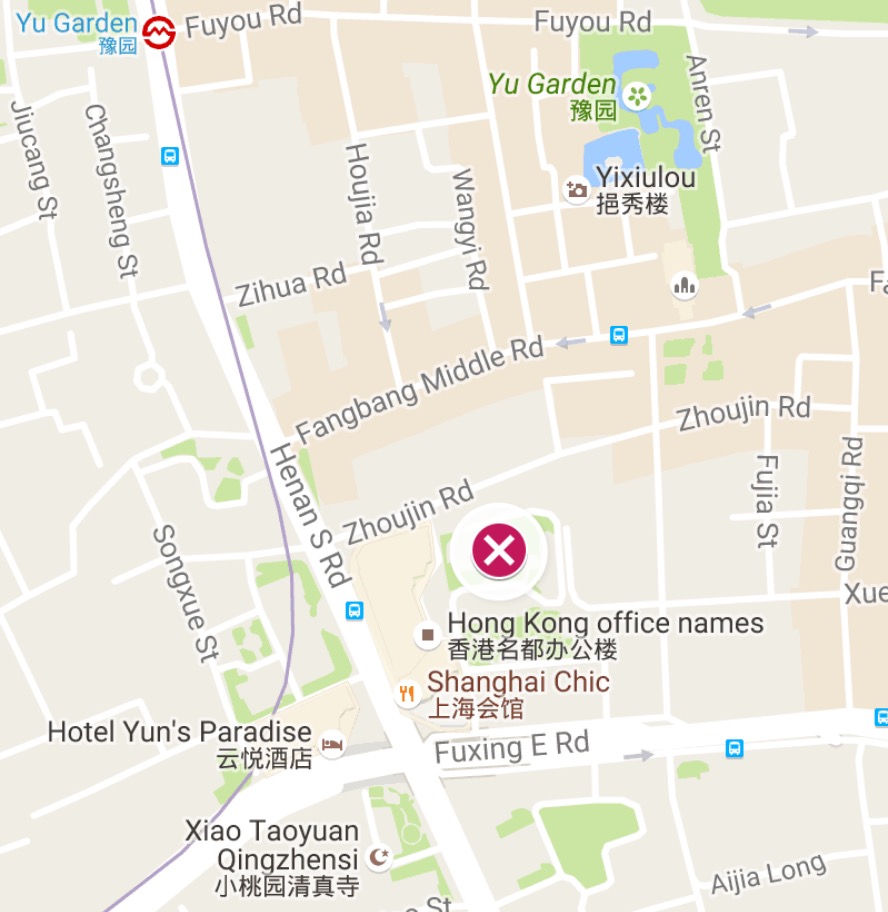 Other fantastic images from the MIT Visualizing Cultures exhibit:

The Local Braves in Combat

And the finale: the signing of the Nanjing Treaty.

Or if you show it in a different way: